The Ball - Teotl has finally been released! Following the success of Oztoc and Pehua, Teotl continues the story and offers over four hours of singleplay gameplay.

It took our team 7 months, but we have finished and released the third installment of The Ball - Teotl!

You must have Patch 2.0 for UT3 installed or above. You must manually remove any previous versions of the mod you may have installed.

The previous (and updated) releases of this mod are also included in Teotl - there is no need to download Oztoc and Pehua separately if you have not played those yet. In fact, it will not function if you try to combine this version with the two previous ones.

And some new screenshots - showing off the boss fight with our zombie gorilla. 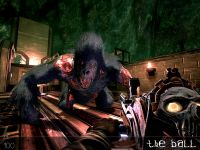 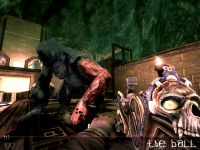 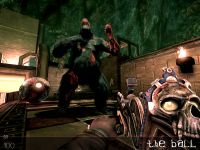 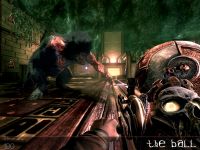 looks nice
not my style of game tho

Nice that you got epic to help you with this

Nice surprise this morning, will check it out soonish.

looks tight! i wasih i had unreal tournament to play it tho :/

cant wait to grab this once home!

The puzzles in this one actually made me think D:... But I still loved it :) and the Boss at the end was GREAT.

You probably should, yeah, and for some other mods that'll be coming out(Some time)

Yes and for many others :D

Righto, well, apart from the name I bet it's pretty fun.
Lets start this f**r up and see what it can do eh?

Is this mod working with the DD version of UT3? (Steam,Impulse,Direct2Drive)

It should yes. We have only tested it with regular and steam. There is no reason why it shouldn't work with other versions.

The video is awesome! Very atmospheric.

For some reason I can't get this to work...whenever I click on the shortcut it just opens UT3.

Hehheh, whenever I get UT3 for my PS3 (my PCs performance is degrading...) I'm going to be sure to d/l this. :D Thanks for making The Ball PS3 compatible!! ;)