Details about the A.Typical battle system. The battle system features location-aware actions, and is versatile enough to be used in various in-game situations - conversations, classic RPG fights or a football match as demonstrated here.

One of the many aims of the A.Typical RPG is to provide a new and fresh RPG experience to it's players.

The first thing on my mind when designing the battle system was to make a versatile system, that applies to not only combat but also to other scenarios outside of combat. The RPG experience in current video games is often limited by two scenarios :

1. The role-playing part either applying to either interaction or battles ( Borderlands, Diablo etc).
2. Two concurrent role-playing systems, one related to non-violent interaction and another related to combat - with little relation to each other ( Mass Effect, Dragon Age, etc).

The primary aim of this system is to make every part of the game - from conversations to fights - an integrated RPG to the core. The versatility of the system ensures attributes such as the player morale, non-player character opinion and even the style of play can be used as variables in the game, resulting in more realistic depiction of player choices and attributes, rather than the battle/interaction duo of attributes common in current games.

Here's what the view is like just after the match starts : 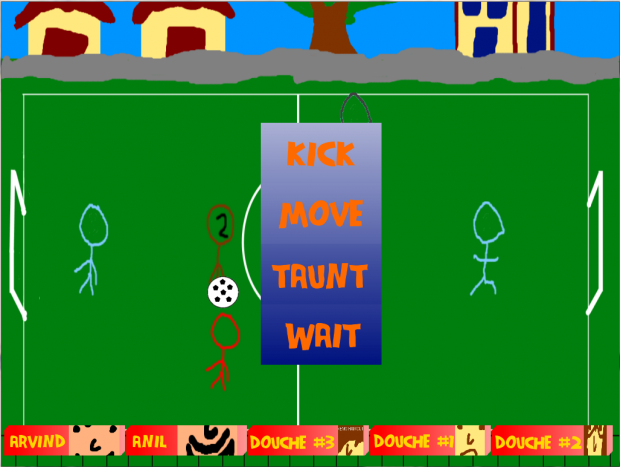 Please note that the MS Paint nature of the art is because I am a programmer, and I suck at drawing stuff in general. If I manage to find a good graphic designer, you can expect better quality images. Do see postscript if you are interested.

Anyway, there are a few things to notice :

1. The list of names at the bottom shows the sequence in which the characters will perform actions. The sequence calculation technique has been explained previously in this post.

2. The menu of actions available - this will change depending on the following situations -
a. If the character has the ball or not
b. The character's location
c. Other friendly or douche character locations

3. If you choose the to Kick the ball, the location is decided in this way : 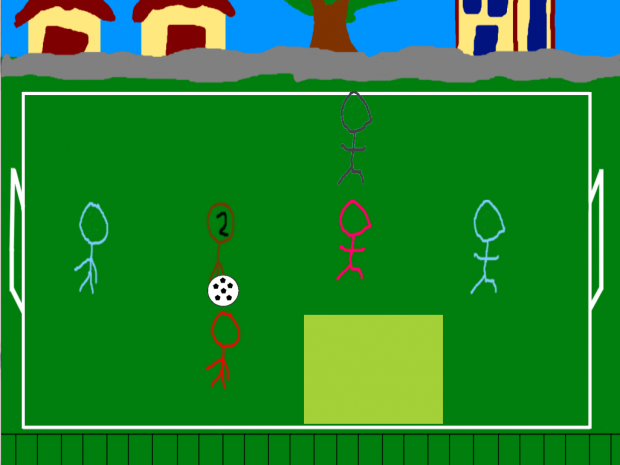 4. The move menu is location sensitive - to ensure you don't move off the ground, for one thing. Here's the menu for a character in the middle of the ground - he can move in any direction. 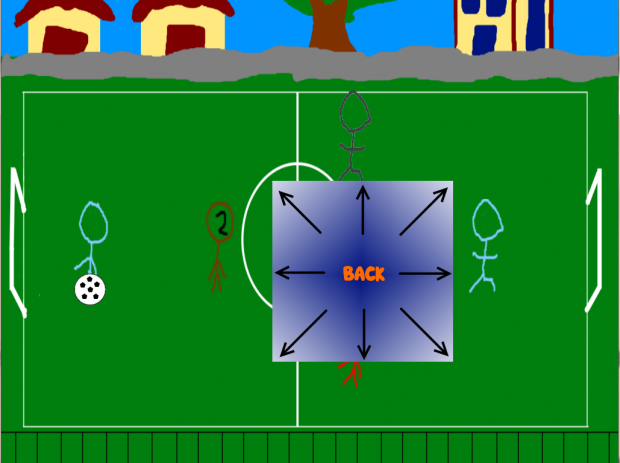 However, a character on the right edge can not move further down, as seen here : 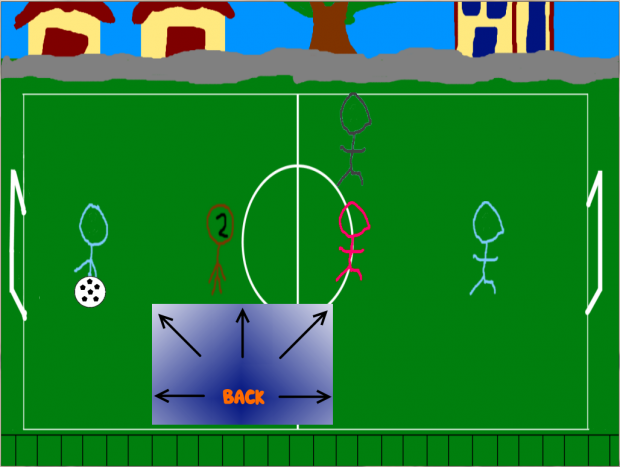 5. Football is not just pretty passing - if your location is nearby someone who has the ball - you can tackle him to win the ball back - but skilled players can evade the challenge, so it's not foolproof. It also depends on how well you can tackle, and your physical strength. 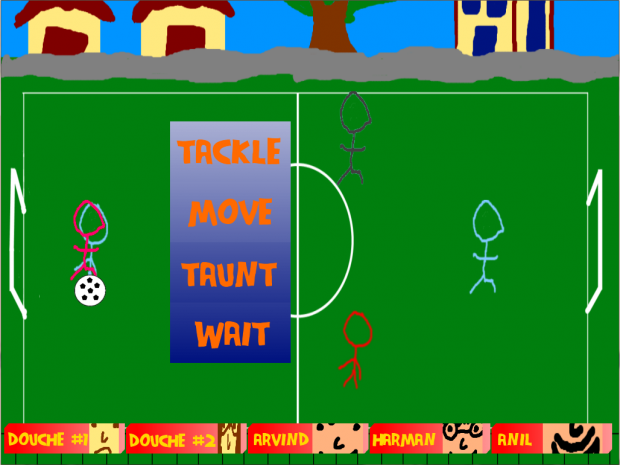 Yours truly is making steady progress, and hopes to get a small demo out for you people to play with very soon. For any questions, don't hesitate to contact me!

P.S. If you are an awesome graphic designer (2D art) , or an arty type with impressive Photoshop skills who wants to make sure the ugly sprites go away in order to save humanity from further eye damage, please email me and join the cause to make the most A.Typical RPG humanity has ever seen!

P.P.S. Links to your portfolio or deviantart page (or whatever the cool kids have these days) would be super-awesome.