Post news RSS The 1800s Are Back! Grab Your Gun, Grab Your Whiskey!

Heath Games' first standalone title is coming to life! A little paranormal, first person shooter taking place in the 1880's by the name of "Half-Rats" - referred to now as "Project MOPAT". Here's what's been going on so far...

Well, it centers around the exploits of Half-Rats, the protagonist from our two previous titles - but this time, we'll be diving into his backstory a bit, and bringing back some fan favorites - and of course, introducing new characters.

“Half-Rats” or, for now, “Project MOPAT” will be a story-driven, cinematic first-person shooter, taking place in America in 1887. It will feature light RPG elements. It will follow the tale of “Half-Rats”, a cynical, bitter protagonist who’s led a rough and tumble life, and has a history rife with traumatic events - along with a drinking problem. After a falling-out, his estranged brother has gone missing, and Half-Rats is compelled by familial love, and the promise of one last chance at a decent life, to find him and rekindle their relationship. Little does Half-Rats know, the truth he’s about to uncover is an ugly one, and that the otherworldly agency behind it all is far uglier, and more insidious than anything he could have imagined - and it’s got big plans. The game will start off as an action/adventure, work its way into an investigative thriller, and finally end as a supernatural horror experience.

The art and 3D assets have been coming together ahead of schedule. As the legacy department wraps up "Half-Rats: Parasomnia", the MOPAT art team has already been hard at work bringing the front end to life - the front end of what will become the "Half-Rats" tech demo, that is. Our first standalone title being developed on the glorious Unreal Engine. We've welcomed some talented new members as of late.

Draylon, Sergey and Joe have been hard at work producing weapons, items and of course, the ever-important modular building kits which will become the habitations of pure evil! Or just regular folks...

Firstly, the weapons! As you can see, some Half-Rats Classics are making an HD, current-gen comeback! 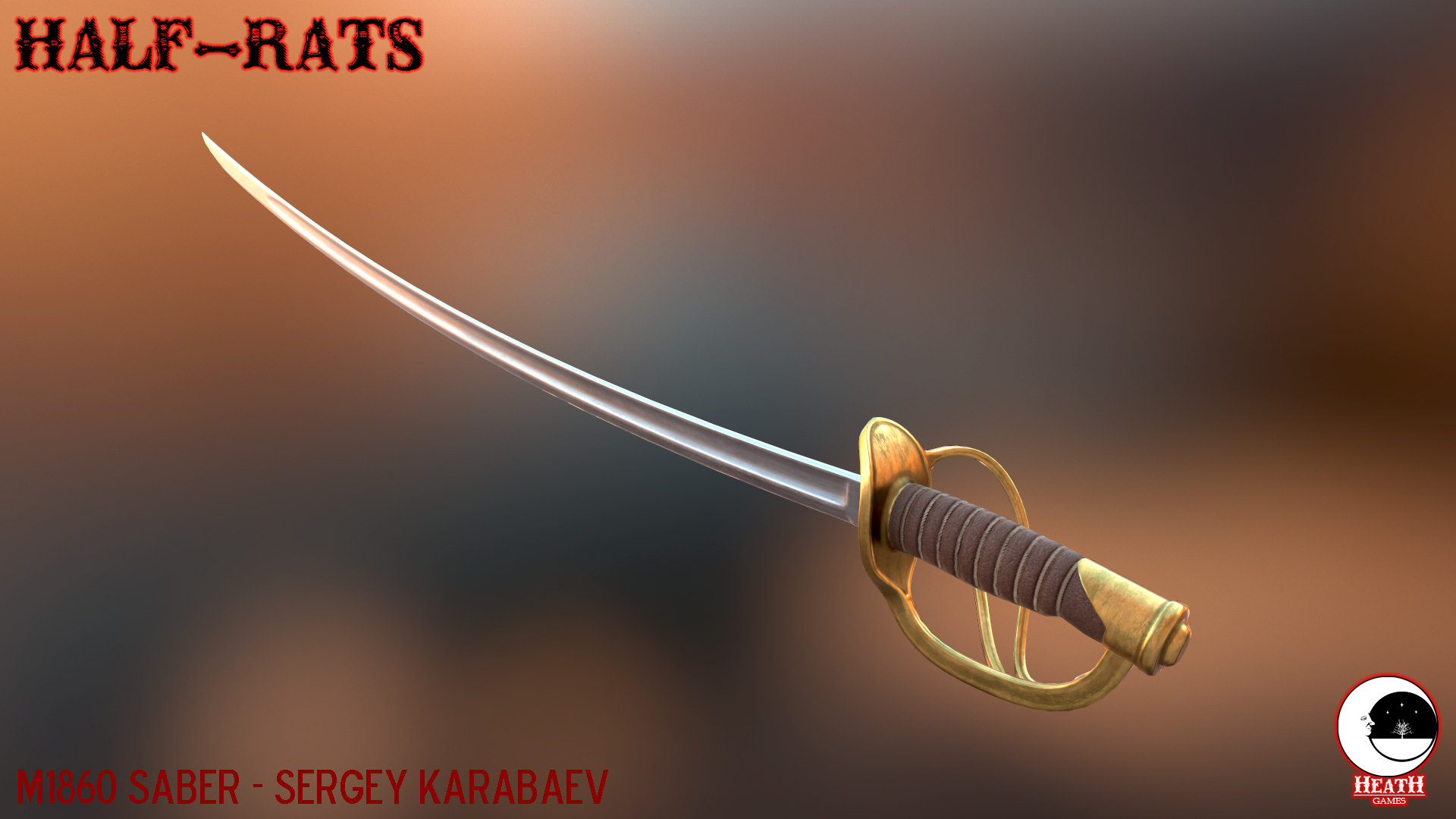 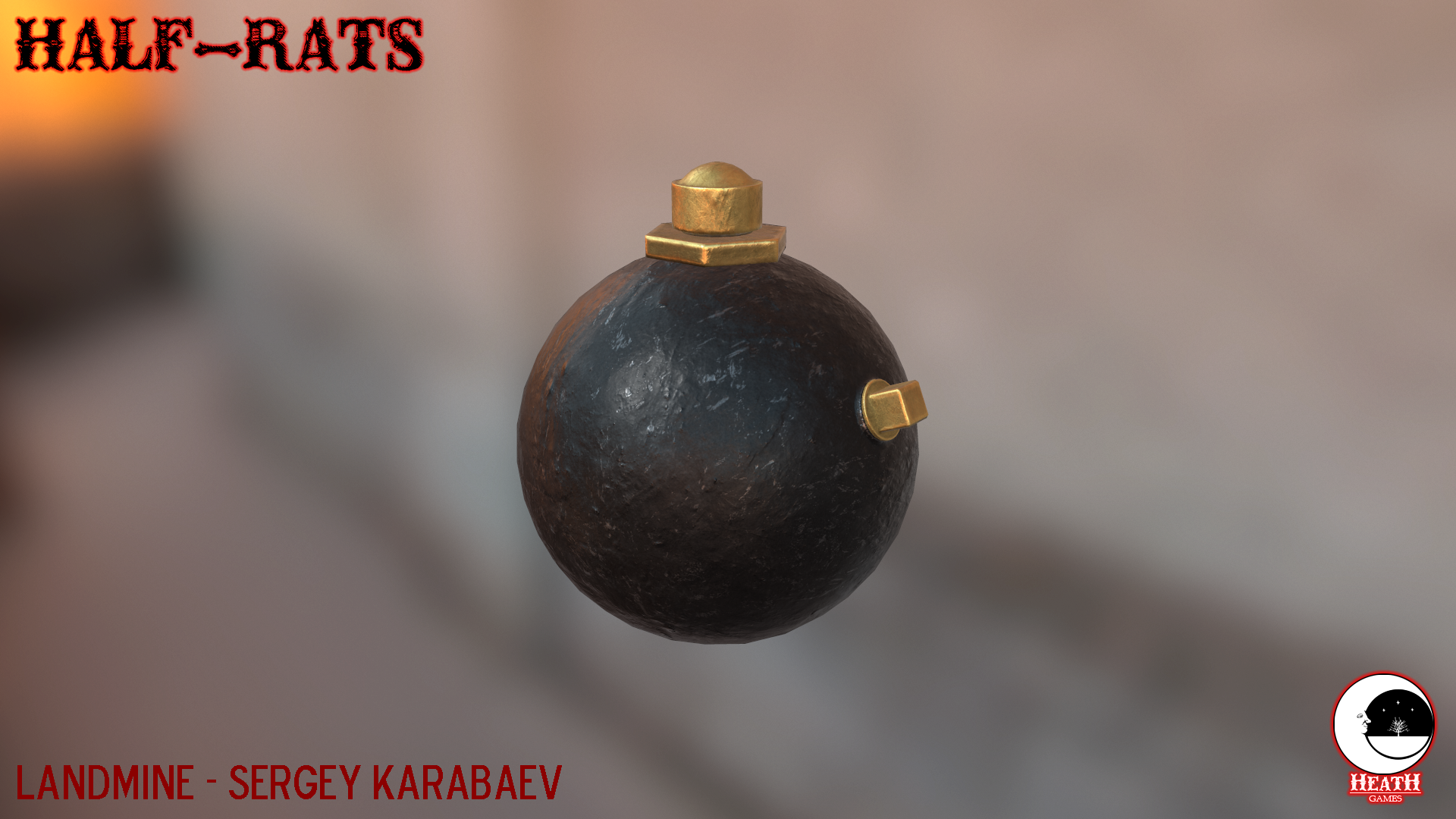 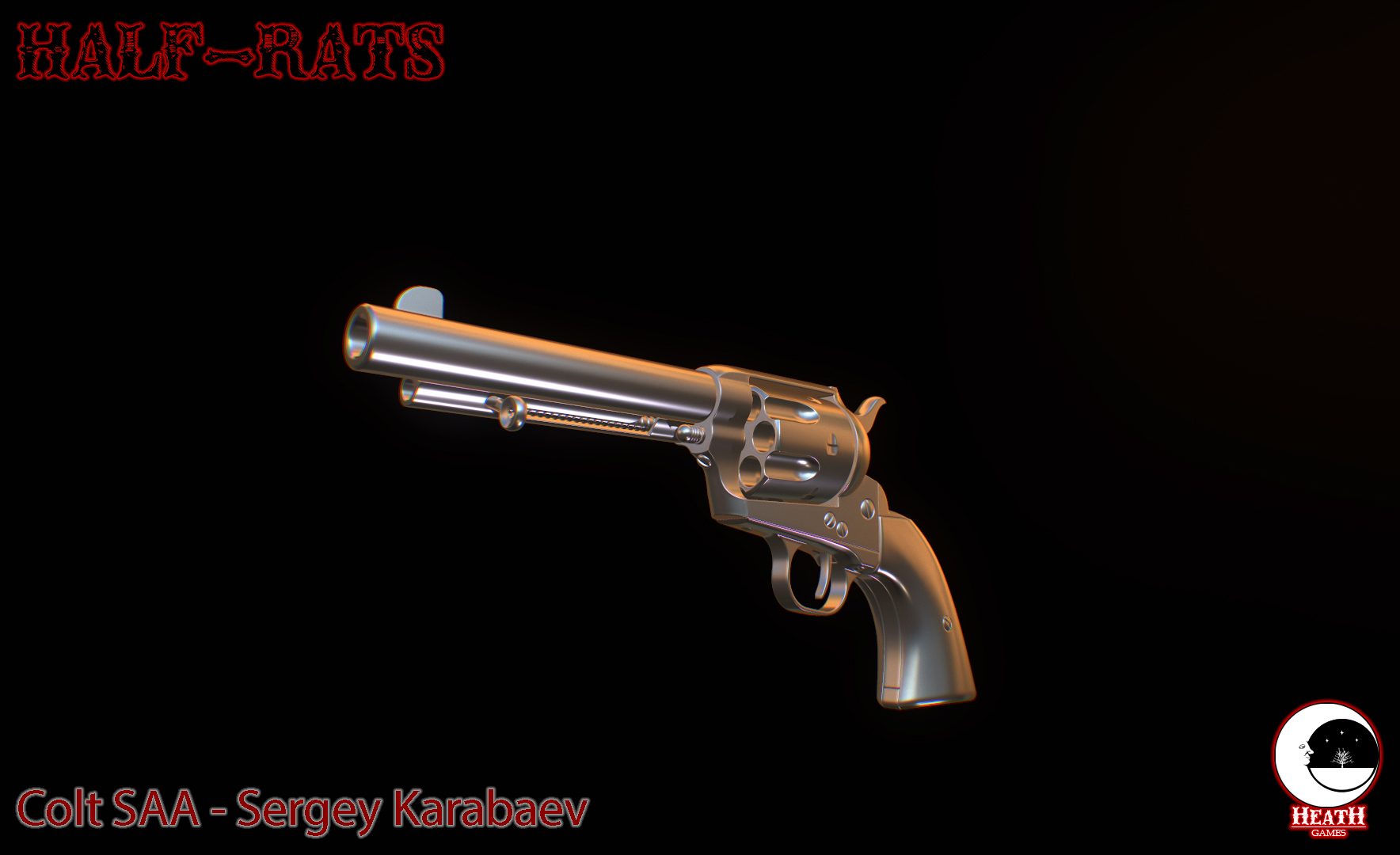 It wouldn't be a Half-Rats game without a Colt Peacemaker, eh?

How about those buildings I mentioned? Okay, here you go, you nerds! 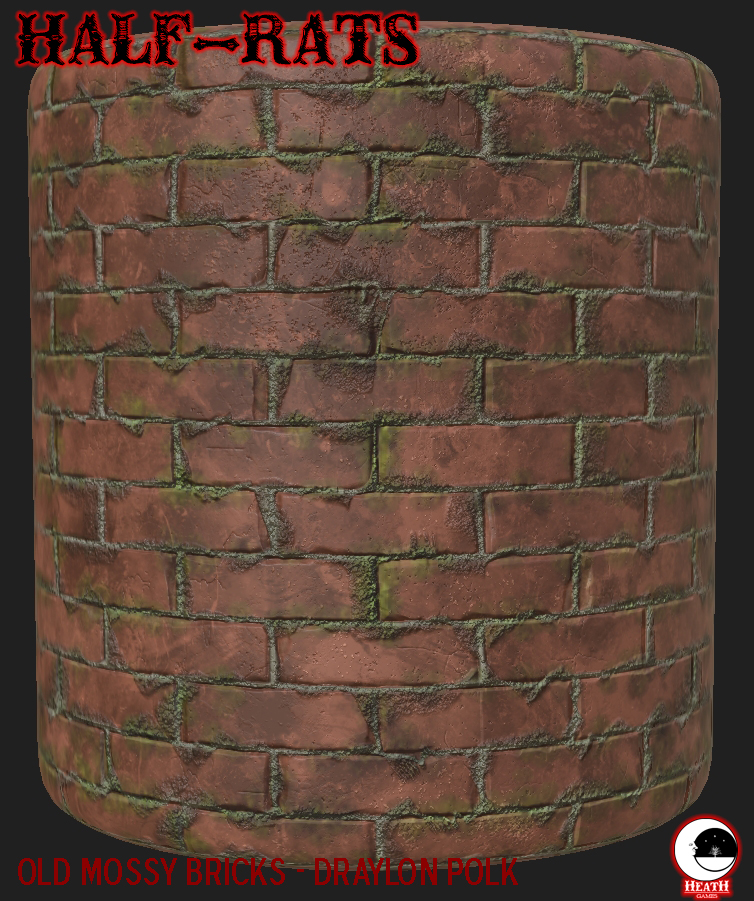 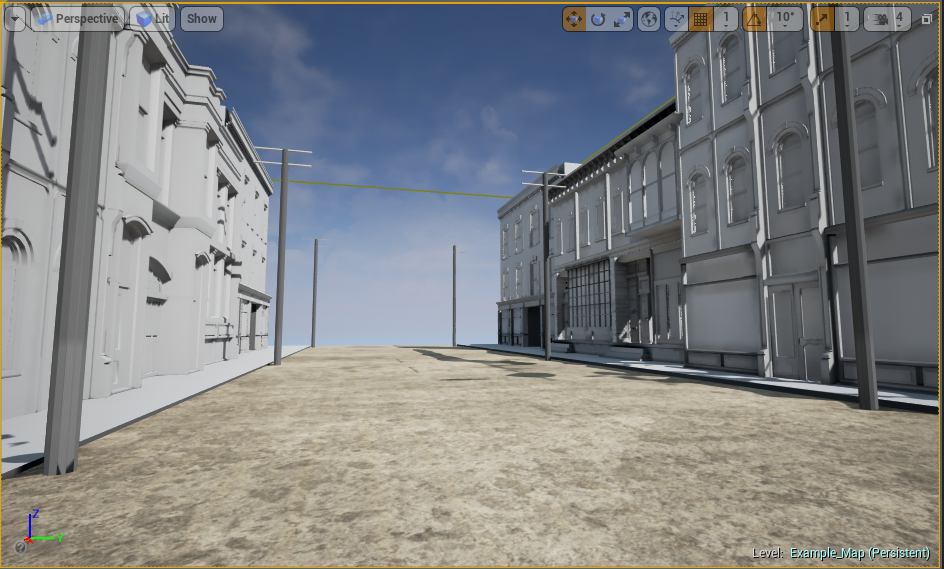 A city street test! Complete with ugly BSP telegraph poles. The buildings you see here were lovingly crafted by Joe!

I went ahead and made a couple of mockups of the inventory and trade screens because I'm just that kinda' guy. 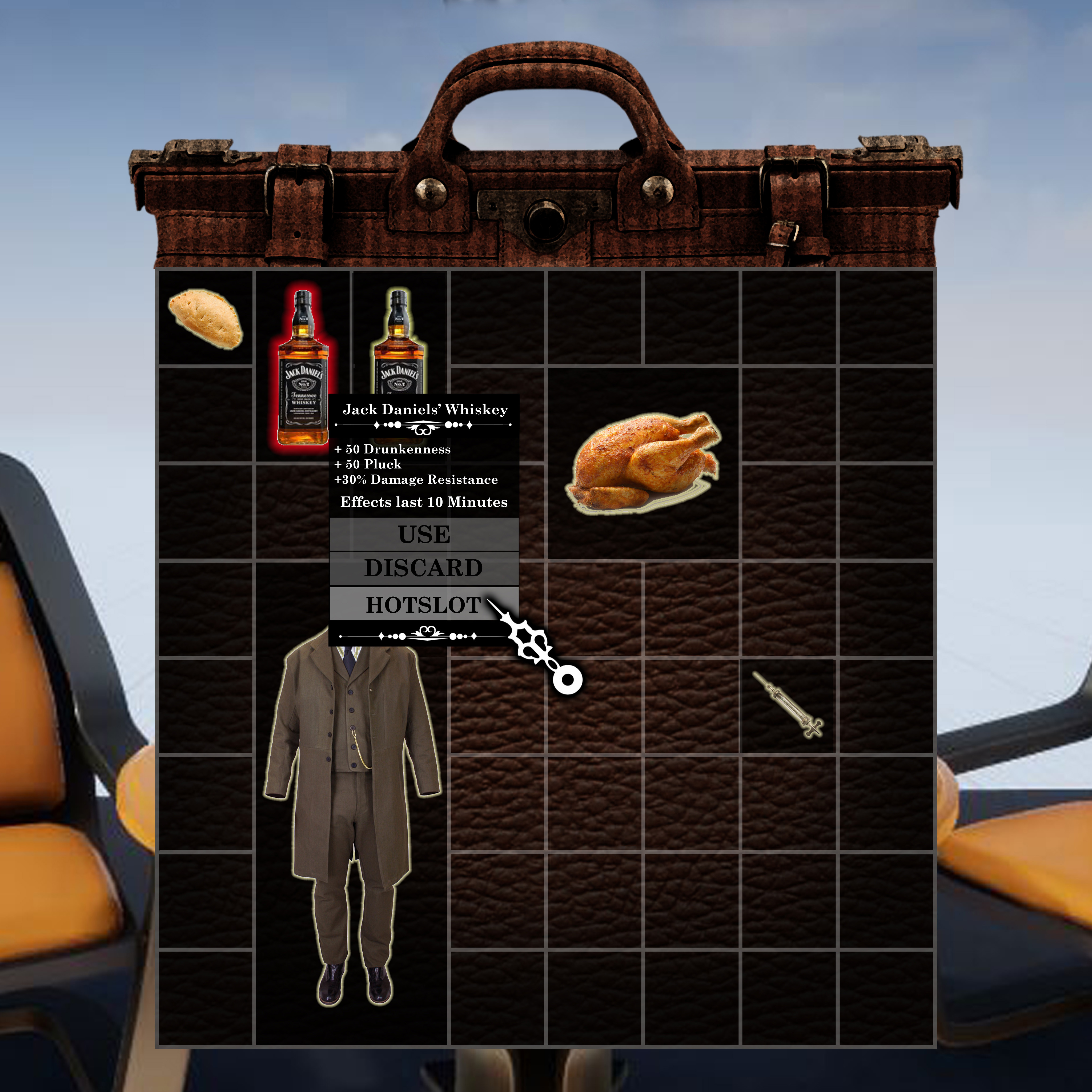 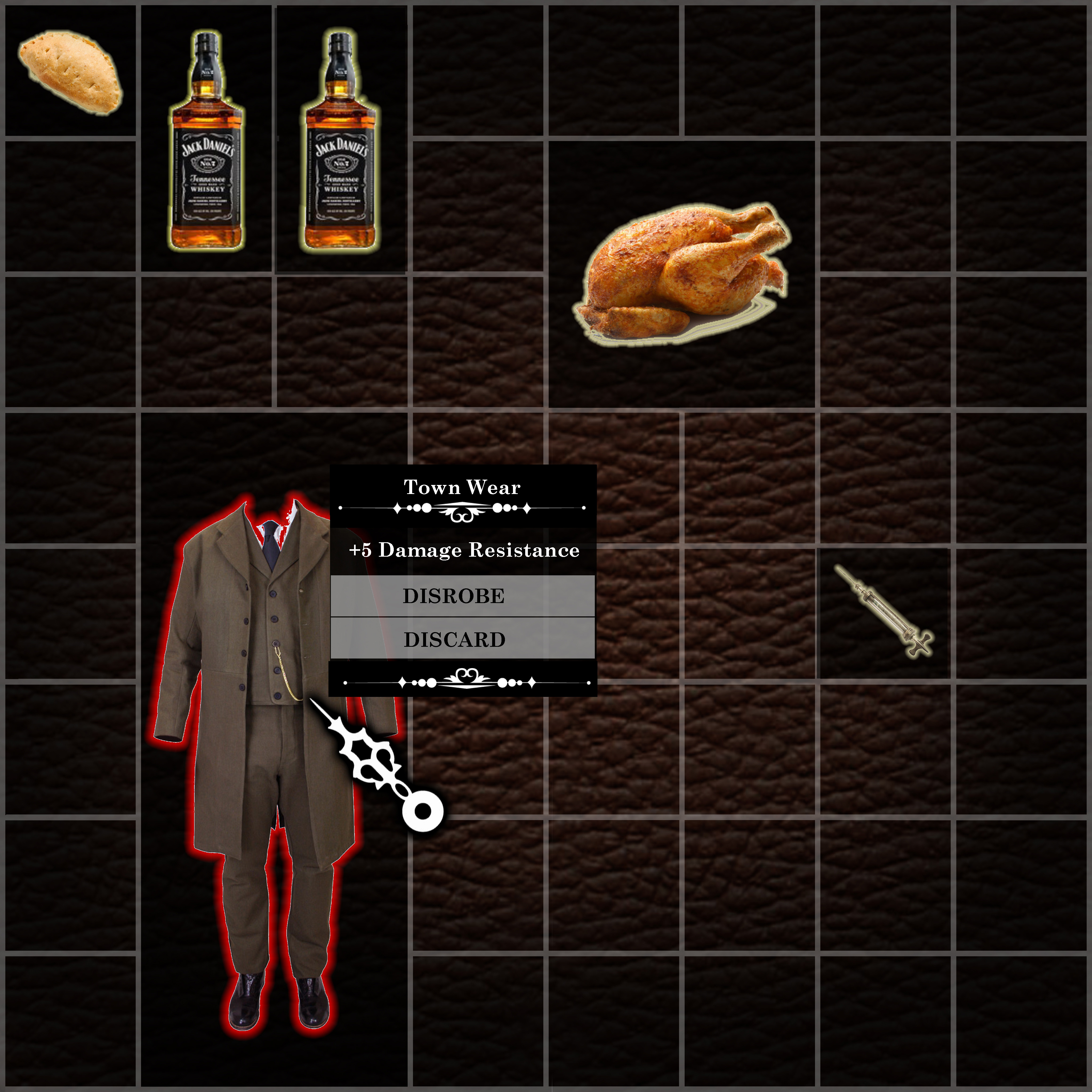 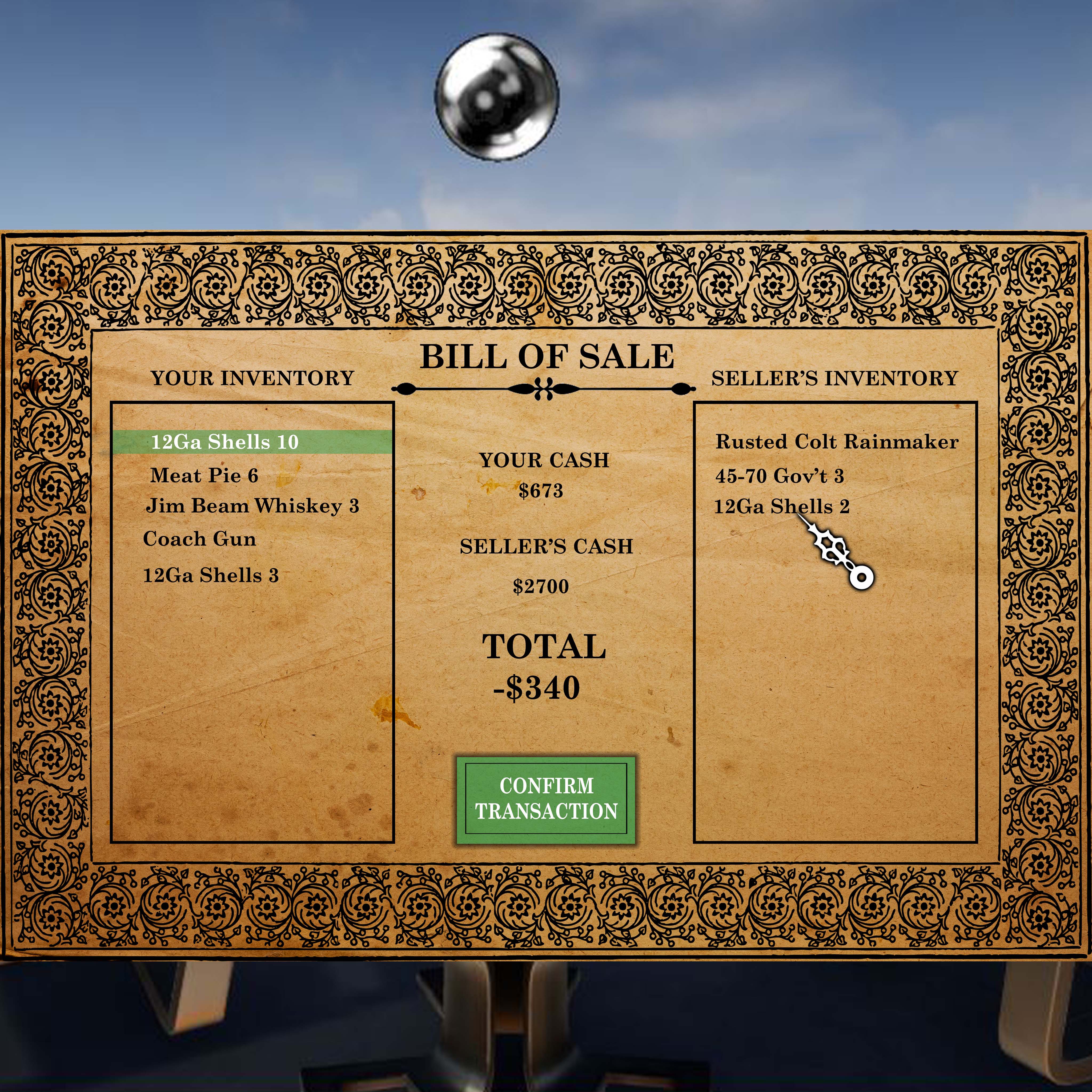 So you can see, the whiskey's back, too!

I've been hard at work for the past months, writing a complete synopsis/screenplay for the tech demo, as well as completing the design documents for the game. I can tell you, you guys might have just have some fun with this one! All that's left is to finish the Screenplay and the Magic system design, and maybe design a few state machines, but other than that - the plan's set, and it's full steam ahead.

- Weapon mechanics that won't wrack your brain and cause nervous derangement.

- Develop your skills and abilities!

- Collect "essence" and combine it with others to create powerful enchantments and spells.

- The game is divided into sections which evolve the story-line at your own pace. From Adventure, to Thriller, to outright Horror!

- Taunt and "Drunk" taunt system (A combat multiplier...or a hilarity generator?) that can make NPCs faint, become enraged, flee, or shrug off the player.

- Enemy tactics that change based on the situation.

This is a pretty damned ambitious project, and we're going to need some help. We're currently seeking to fill the following positions:

Must be willing and able to make a 10-20 hour-a-week commitment.

If you're up to the task, send Heath Games an email at: heathgames@outlook.com

OR add me on skype at: "heath_scoring"

I am so looking forward to this.

I can't wait for this