20 hour days over the past 5 weeks and almost finished “Virtual Earth Survival”. This is a version of the game that does not require the internet and has fantastic game play. The single player mode has a stunning new graphics engine that is clearly the fastest ever designed!

Posted by VirtualEarthOnline on Oct 12th, 2017

MMO Sandbox game Virtual Earth Online (VEO) has been in open beta for PC and the response has been great. The entire Earth lies open before you. Make your own rules, create your own world.

However, test marketing found that over 20% of players complained that the game had to be constantly online to play. This bought up several problems. Firstly, a lot of our players are from the Russian states and Eastern Europe where their internet is not great. Second problem was parents didn’t like their young children playing a game that had to be constantly on the internet. And thirdly the players wanted more game play.

So, cue the 20 hour days over the last 5 weeks and Rubberman (VEO creator) has almost finished "Virtual Earth Survival".

The single player mode has a stunning new graphics engine that is clearly the fastest ever designed! We have also added stunning new terrain features that include realistic smooth terrain.

The graphics engine has been hand coded in Assembly language to ensure it is the fastest graphics engine around. ASM code talks directly to the graphics card. A lot of the shading has been put into lookup tables to increase rendering speed. 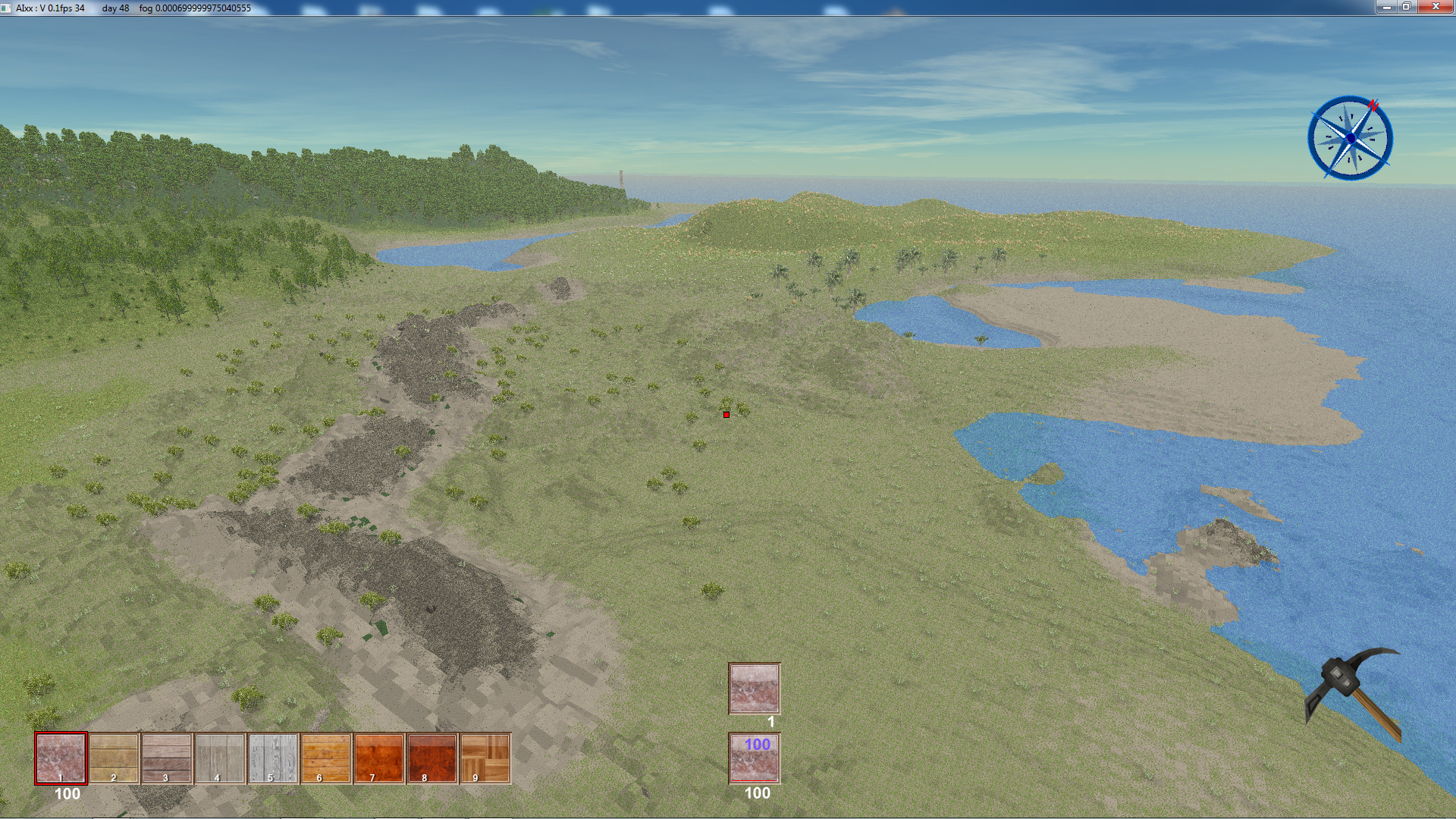 To survive you will have to manage your resources and work the land. Chop tress down, mine for minerals, fish, make tools and more. Create a shelter before night falls.... You may not be stranded alone!

Stunning new night sky line has been added to give the game an even more realistic feel to it. 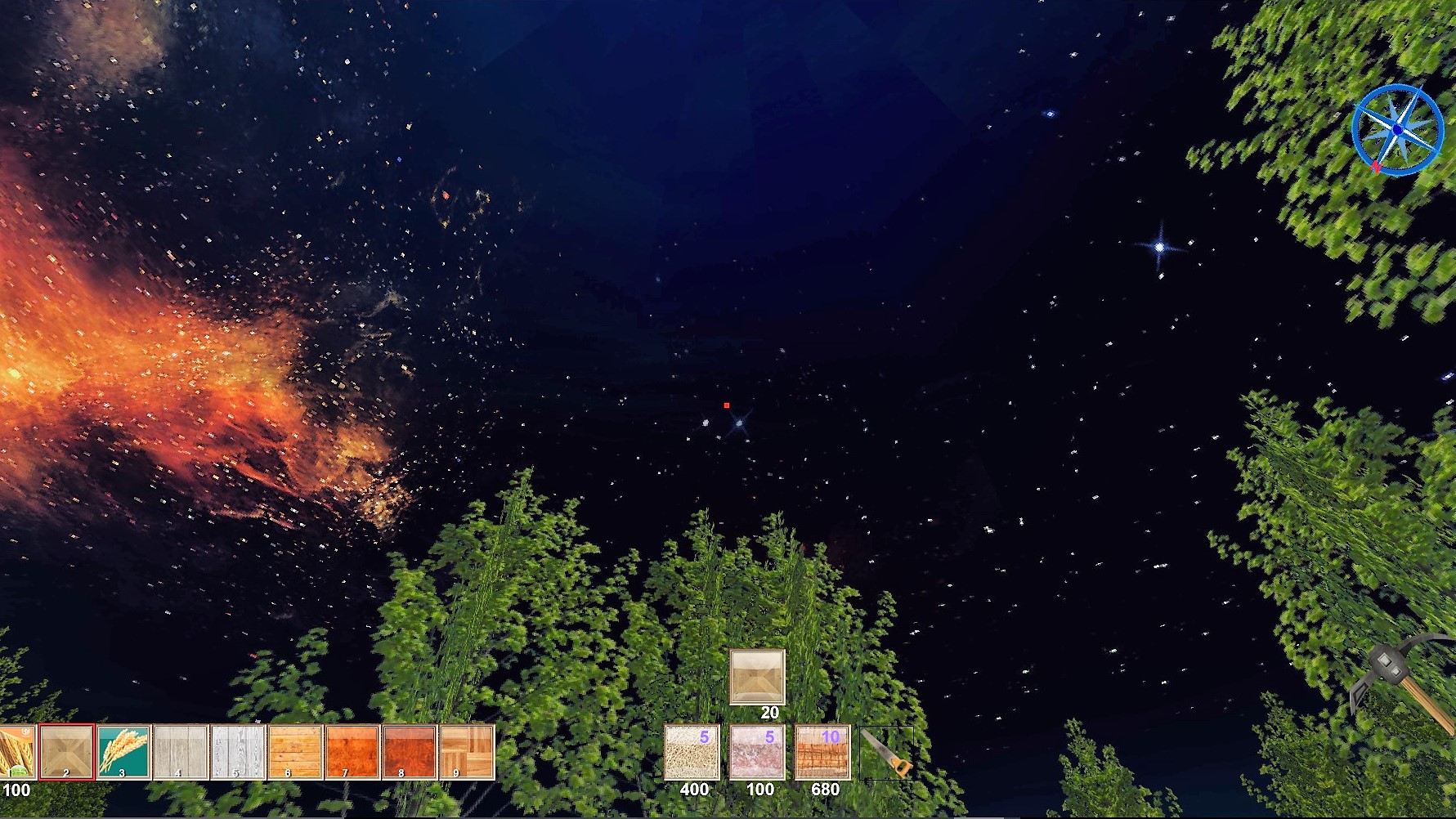 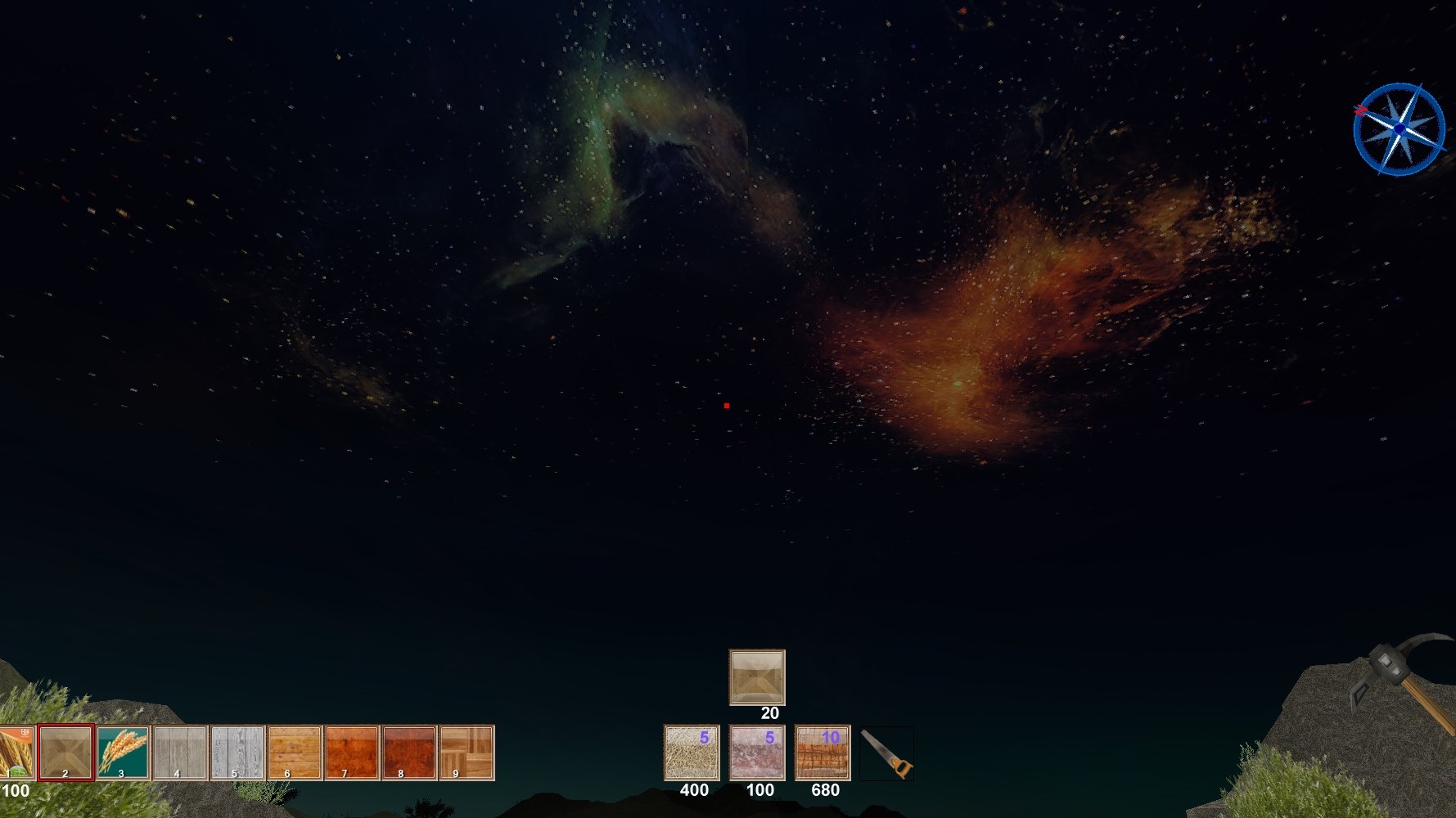 Materials can now be placed in the same contour as the ground you are building or farming on, also you can change the texture of an area instead of replacing a whole block. A new selection menu has been designed and can be seen below. 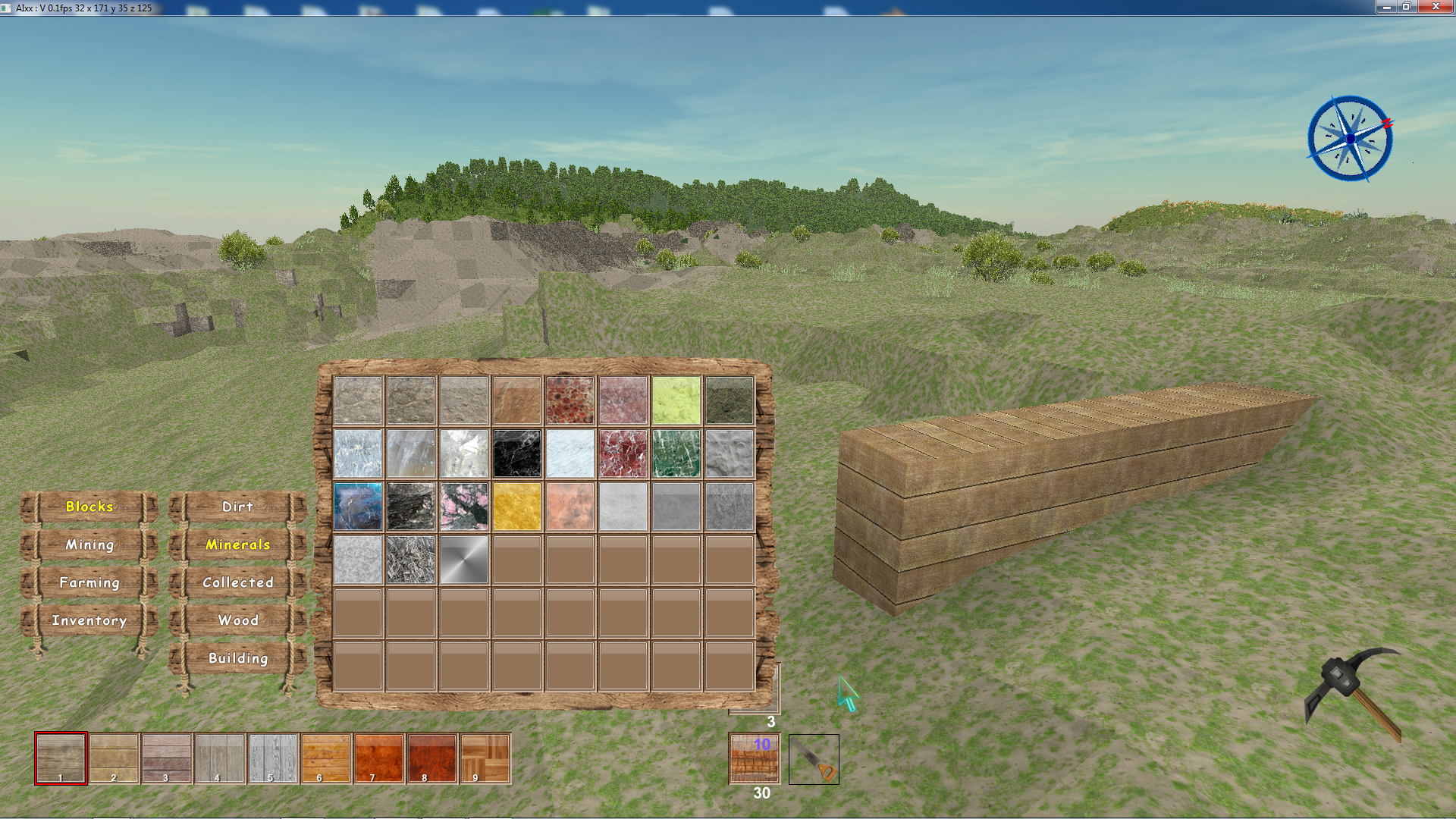 A huge selection of minerals will be in place for mining, these will be needed with other materials to survive in the game. 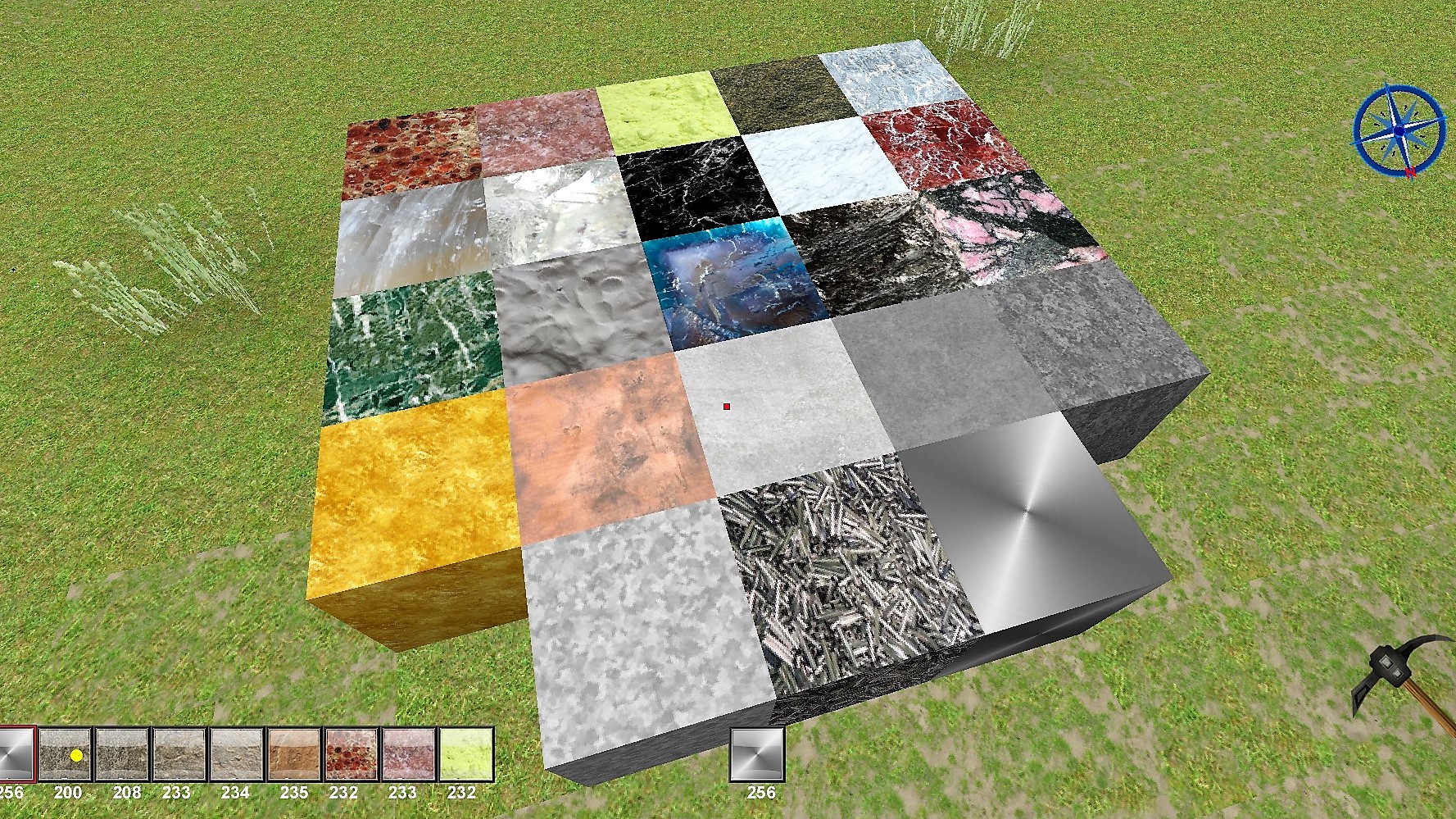 More videos will be posted of game play and design as we get nearer to launch day. Keep posted on the Virtual Earth Online YouTube channel

At the moment it hasn't been discussed to offer survival as a stand alone game, maybe further down the line. There is much much more to the virtual world in VEO other than wondering around your town. Huge plans for the future too. Thank you