Post news RSS Thanks for voting us into the Top 100!

Thanks for all the votes so far! Please read the full post for an update on the 0 A.D. development since the last Alpha release.

Thanks for all the votes so far! If you like the game please vote for us in the Top 100 as well.

Here's a small update with some of the things we have been working on since the last Alpha release. 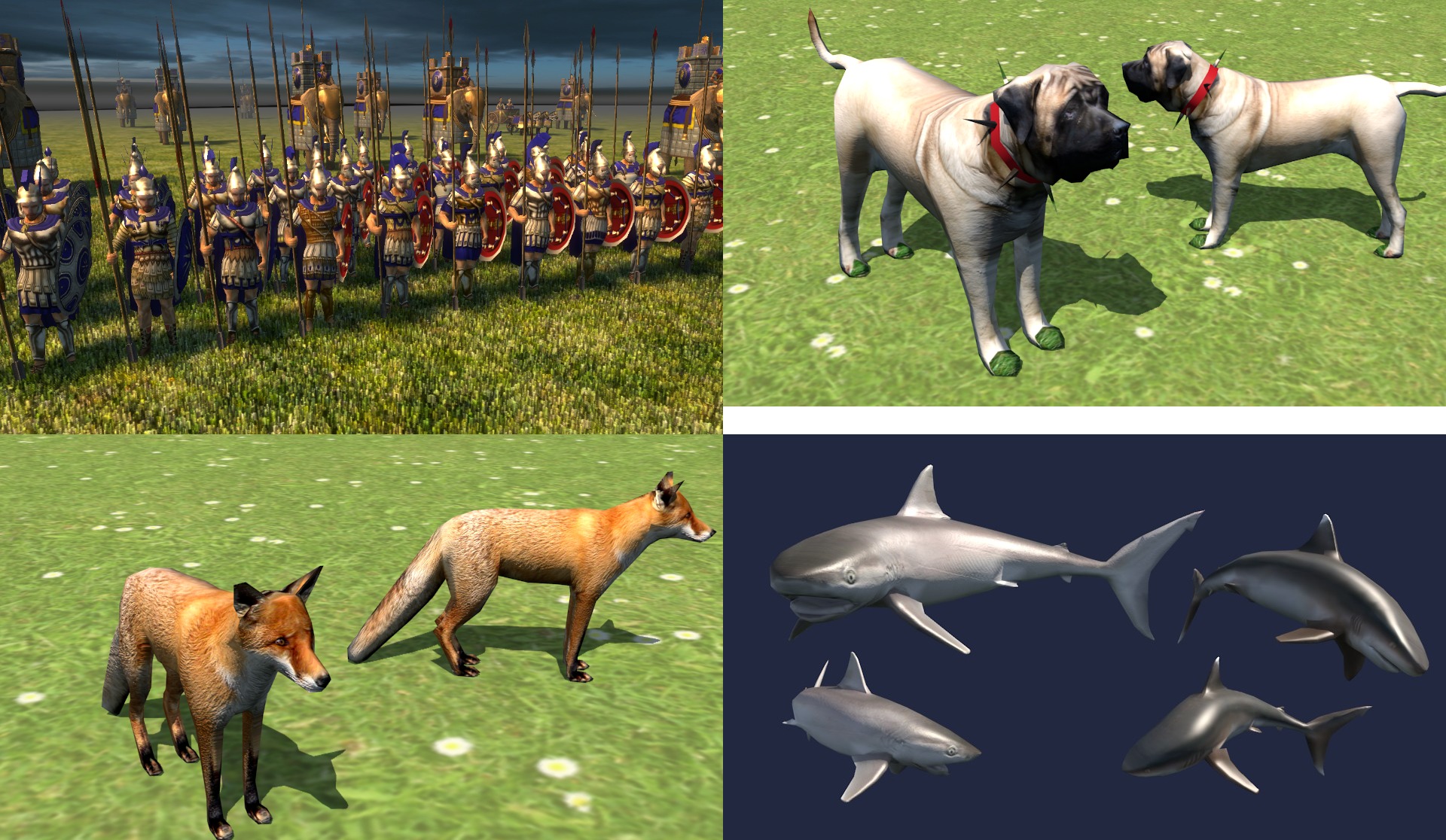 Enrique, our talented lead artist, has been busy last month. He decided it was time to rework 0 A.D. meshes and armature. The results are bringing them up to par with modern RTS games. Now the help of animators is required (if you are an animator, please post an application) to make use of the new possibilities. He also updated the complete Persian building set with better textures and ambient occlusion. If that was not enough, he also reworked the cypress trees and many other plants.

Mimo has been hard at work improving his AI bot: Petra, which is the toughest AI opponent to date. Among cleaning up code and bug fixes, he also added AI support for saved games! A feature that has been high on the community’s wishlist. On top of that the AI is now able to send tribute to its allies!

Yves, has set the goal of upgrading our SpiderMonkey to ESR31 for next alpha release. Performance will increase with this upgrade and memory usage will be reduced a bit. Check out the following links for more information about performance measurements and detailed effects of gcPreserveCode setting.

Itms fixed bugs related to the new Fog of War and bug fixes submitted by community members. He also accepted the task of improving the pathfinder, based on Philip’s and Wraitii’s work. We think we speak for all of you when we wish him good luck!

Leper updated 0 A.D. with the latest translation work of our community and fixed a good amount of bugs, many of the fixes were submitted by members of our community. He also replaced CParser, which is slow, with FSM to parse our config files.

Micket modeled a shark, a wolfhound, a mastiff and tuna fish. Some of his models have been textured as well (as you can see in the screenshot above).

Stanislas69 has also been modeling a lot of different objects, among his first steps in animating.

Scythetwirler fixed a bug in the rating system of the lobby bot.

great! i vote for us beacause i love this big, big, game!! :D

Do you plan to implement something like a great campaign like Total War or Rise of Nations eventually?

We do hope to include some kind of campaign, but it remains to be seen what kind and how big we are able to create.