Been wondering on what's been going on with TFTG lately? Well, wonder no more because we've got loads of new stuff to show to you!

Let's start with the level stuff and the gentlemen's club where it all begins - the Bada Bang. It's the start for the epic adventure of John Solomon and we're working on to make it memorable with cutscenes and cutting edge design. ;)

Lately the progress on the art front has been rather swift and I'm very hopeful of the future, thanks largely to our dedicated fans! With your support we'll keep the gears turning and end up with a great mod for you to play!

Before you scroll any further you might want to put on our newest soundtrack piece, the Overground, just to create the mood you know. ;)

Here's some thumbs and sketches of what you might expect, 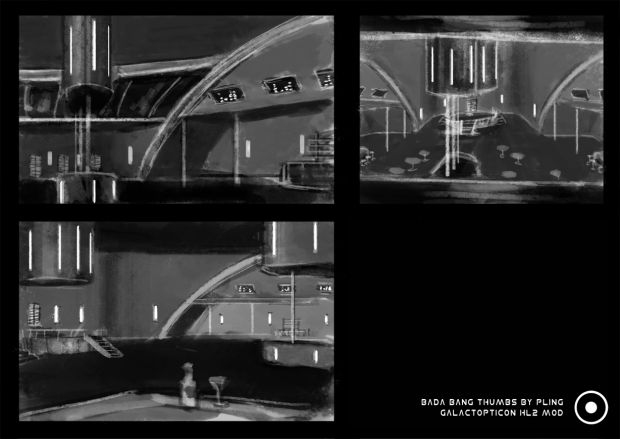 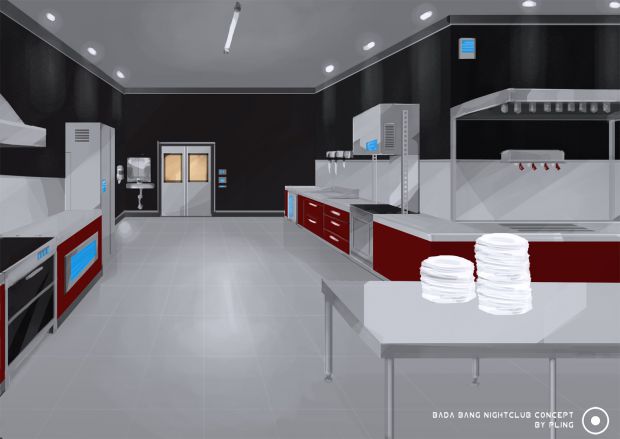 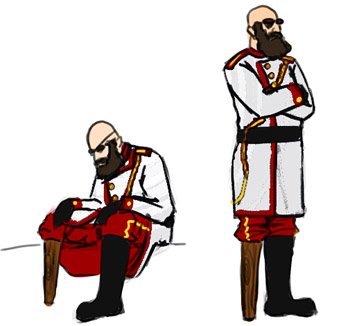 We've also got a new weapon to show you because we all know you like weapons ;). It's the new M207 Mastiff Submachinegun you might have seen in WIP stage in our media section also by Daniel.

Jaanus has also been working on the map props like the cool ad screen, check it out from our images tab, and maybe take a peek at the videos too while you're at it. 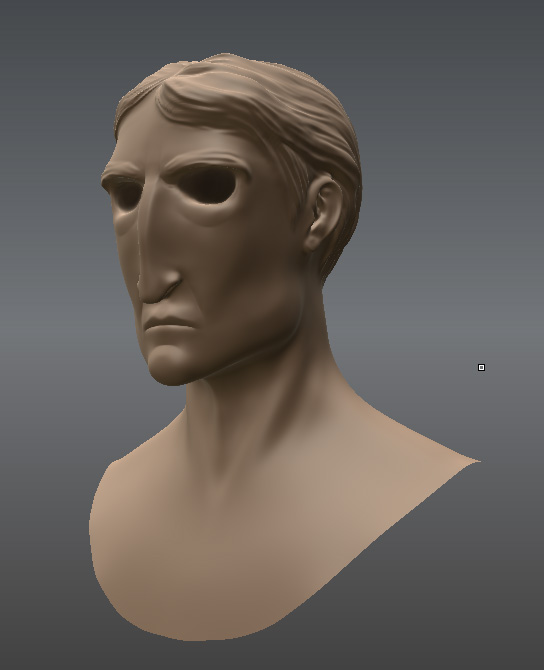 Jaanus is working on a new test map, which incorporates more useful things like scripted sequences and other fun things.

Omg, the ziagra 6 was hilarious.

haha omg those adds are hilarious. Especially the moans and groans from the alien dude. Haha "ohh ahh!"

Love those adds, especially Ziagra six! Do you have to press and activate them, or do they go automatically?

You have to press them. It could get pretty hairy otherwise.

Glad you like them! The best thing is they can be made in a matter of minutes, so you'll be seeing more.

This mod it just getting better and better!

Incredible what you guys have managed to do to the good ol' source engine!;D Loads of good source-coders on moddb these days (Kingdoms Collide, E.Y.E and Dual Reality are good examples)!
You have my full endorsement!;D

I love the Dark Matter ad. :D
All the stuff is looking great, I also like the concept of John Solomon.

Ads are so funny. Loved the dark matter ahaha.

Hah, I loved the intruder alert, you guys really are doing great job. Thumbs up!

Nice update, you should consider getting a standard preview image that catches the eye nicely. I kept looking over this newspost for the whole day due to the uninteresting preview image, only noticed it was from this mod just now!

Agreed. Fortunately we've been working some great new assets, including the hero character and his ship, so we should be able to make some badass new promo images soon.

That's a really awesome update. I loved everything.

This mod just gets better and better.

You really have the potential for something mind-blowing here. Looking forward to this.