The next major goal for Fracture the Flag is adding to the single player challenges with the addition of some basic combat oriented levels. The new levels will continue to be time based - how fast can you take out the AI base. It will not be a full blown single player campaign - as a solo dev it’s just not possible to pull that off so I won’t promise what I can’t deliver.

Testing of the new scripts was recently done live on Twitch. The stream was also reposted on YouTube.

AI bases will have a functional economy to support their attacks on the player’s base. If there’s no ammo then the siege weapons will fall silent. If build points run dry the AI can’t recruit more workers or swordsman…

The AI will not be capable of adding new building or siege weapons. The AI base is largely static, once a player destroys a building, siege weapon, or flag it’s gone. However, workers and swordsman will be replaced.

The AI is capable of both offense and defense. Sending groups of swordsman to attack buildings and delivering bombs to the base of flags and other buildings. Defensively swordsman will patrol or stand and guard. Siege weapons will also fire if you get too close. 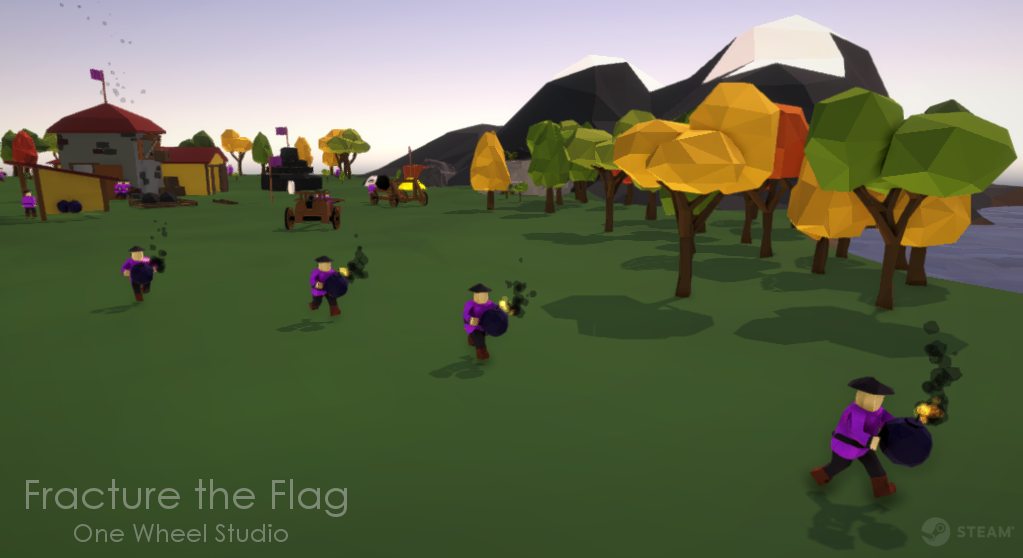 There are lots of little bugs and plenty of balancing to work on. So no promises on a release date. The first release will likely be on the beta channel as many scripts have been adapted to allow the AI which will then need testing to ensure multiplayer didn’t break…

Fracture the Flag can be found on Steam.