It's been a whole month since developement began on VAKinc: Testing Grounds, so I wanted to let people know what's going on witht the mod. Before I get to that though, I'd like to introduce Pelf, our team's newest member. Pelf is an extremely talented mapper that contacted me and expressed his desire to join the team. Let's take a work at some of his work:

It's been a whole month since development began on VAKinc: Testing Grounds, so I wanted to let people know what's going on with the mod. Before I get to that though, I'd like to introduce Pelf, our team's newest member. Pelf is an extremely talented mapper that contacted me and expressed his desire to join the team. Let's take a work at some of his work: 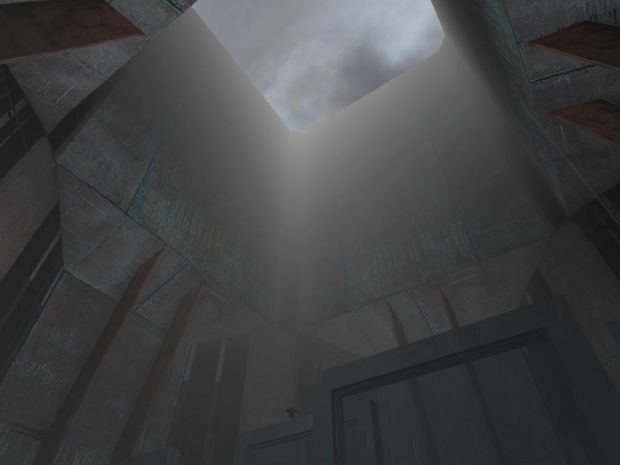 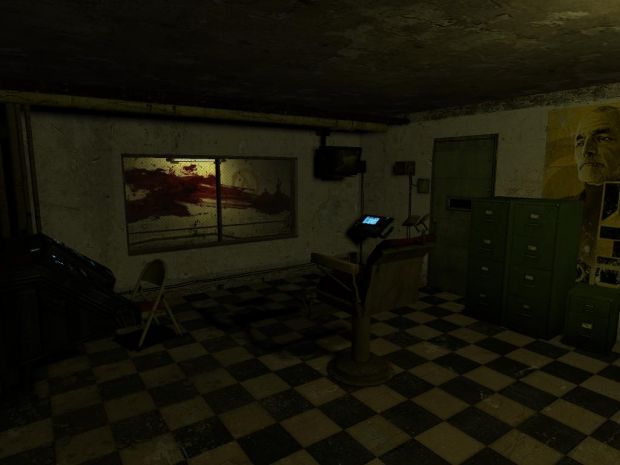 He's done a really good job with the beautification here. If you are so inclined, you can go back into the mod's image archives and look at my own hideous original versions. Also, while we are admiring these two images, I think it's a good time to go over those two areas, the Dreamscape and the Prison.

The Dreamscape area only shows up in the beginning of the mod, 2/3rds through, and once again at the end. During these times the player is put in a bizzare world that is a mix of Combine-esque architecture and strange, natural elements. During these Dreamscape sequences, an ethreal being speaks to the player. While Dreamscapes rarely have any gameplay function (with the except on the second one), they instead act to advanced the plot and give the player visually interesting areas to explore.

The Prison is the first level of the game. Many people expressed to me that they disliked the idea of having the mod start a couple of days after breaking out, so I decided to add in the Prison as the first level. I really wanted to Prison to be an impressive area, and get the player really excited for the rest of the mod. Infact, when the Prison is finished, it will be released as a demo. So far, I am really proud of it.

I would like to take a moment to address two of the main questions I get asked. The first is "What new content does VAKinc: Testing Ground bring? It just looks like a mappack for HL2." The second part of that question makes me facepalm. Yes, it does look a lot like Half-Life 2, that's because it is in the same universe as Half-Life 2. So let's talk about what is new. We have two new weapons that I can garuntee will make it in to the final release. The first one is the Alyx Gun, which you should all be familiar with. The Alyx Gun was practically finished in HL2's code, so I just decided to finish it up completely. As of right now, the Alyx Gun works perfectly fine, we just need to finish the model. The second weapon is player-deployed Manhacks. The player will be able to toss Manhacks which will seek out and chop-up any enemies. Other weapons are still in concept form, I expect Testing Grounds to ship with four new weapons and one or two gadgets.

The second most asked question is "What is the storyline in VAKinc: Testing Grounds?" Well first off, Testing Grounds will not include any characters that we are familiar with. No Gordon, Alyx, Barney, Kliener, Breen, etc. Testing Grounds takes place around the Great Lakes area of North America, around the same time as Episode 2. While the European rebellion is in full swing, and the Combine capital has been decimated, the Combine still remains relatively strong in the rest of the world. However they are highly shaken, and shipping almost everything they can to Eastern Europe. To make matters worse for them, more rebellions are popping up everywhere else. So far, that's about all I want to reveal about the plot, but more will come later.

Lastly, I want to remind everyone that we are still looking for people to join the VAKinc team. Anyone who is willing to help will be greatly appreciated.

Good luck with your mod.