I apologize to all for this outrage, however, due to a few missing assets and one sudden mean-eating bug I will have to delay the release of Terminus Machina a bit longer. Rest assured, it will be out as soon as I can get these final assets into the game. In the meantime, try Deus Ex Nihilum in which yours truly plays the role of "Number One".

It appears that the release may still be able to go ahead, with a big thank you to Dentonoid for helping test and sort things out. Keep in mind that the installer may not be up until later on tonight, however as I'm -6 hours from Eastern Time. I have taken the day off today however just to work on sorting out these issues, so keep your fingers crossed!

Also, this release may still have some glitches and missing bits, however, I'm going to release it on 6/7 because I'm going to have a lot more work after this week, and I don't want this mod to go full-Duke Nuke'em vaporware where I put off the release indefinitely. Aside from voice acting and a few textures and a single model, I've done almost the entirety of the work on this game from level design to coding to 3d and 2d assets to the writing and really don't have the time to do it all at this point.

So, bear with me, and, if anyone is interested in helping out with any of those areas, let me know!

I apologize to all for this outrage, however, due to delays on a few of the remaining assets and the sudden head-rearing of an unforeseen man-eating bug, I will have to delay the release of Terminus Machina a bit longer. Rest assured, it will be out as soon as I can get these final mandatory assets in game. These remaining assets are essentially the primary-character voices. There are a few "extra Easter Eggs" that'll I'll be putting out at a later date, however these will come with the ver 1.1 patch.

The good news however, is that the voice acting is indeed *completely* cast at this point. I expect the release to be within the week.

In light of the many, somewhat radical changes to vanilla Deus Ex gameplay which has proven challenging to grasp by some testers, I have also been working on a training mission to help the player get accustomed to the new game mechanics of Terminus Machina. This mission will take a bit more time, and I am guessing that you all would rather have the game now rather than wait for the completion of the tutorial, but feel free to voice your opinion on that in the comments section.

Might I suggest that you give Deus Ex Nihilum a shot, if you haven't already, (and if you haven't yet -- what ROCK do you live under!?) Also, I've received a few inquiries, about the matter so to clear things up: yes, I do play the voice of "Number One" in DX Nihilum.

And, as your current Unatco supervisor, agent, I *advise* you to procure a ham sandwich from your nearest universal constructor, download a copy of DXN via our secure network protocol, and engage with extreme prejudice. NOW.

Some screens from the latest Club Bikini area: 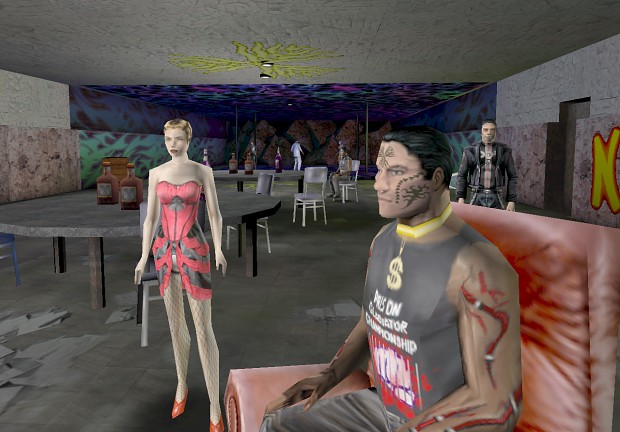 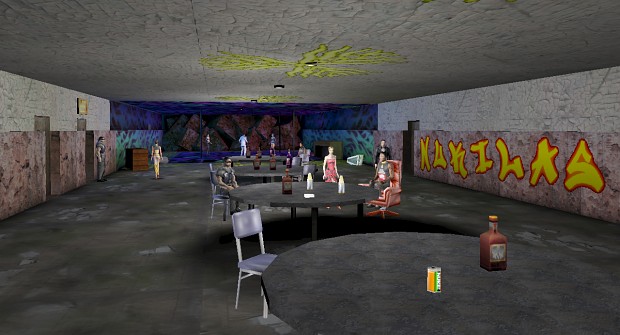 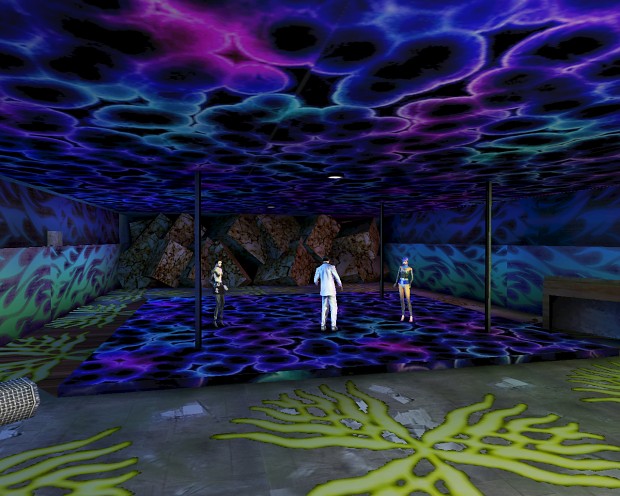 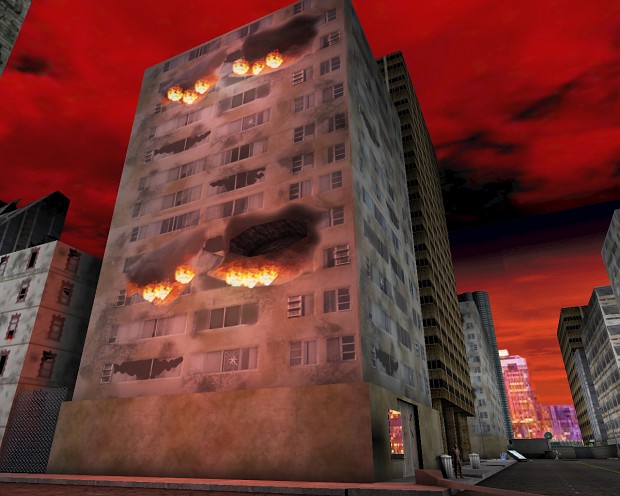 And finally, a drone-stricken building, now with 100% damage-dealing flames!

Man, those delays always get us off-guard! Best of luck, man! I'll be waiting with a ham sandwich in hand!

(Or a turkey sandwich, rather, since I tend to eat those more these days *WHAT A TWIST!*)

I didn't realize you where so close to release, :O
For this, its worth waiting for. With a melted Philadelphia cheese sandwich.

Take your time dude... I can't understand why anyone would be upset over a game being delayed to ensure it's the best it can be... especially when there's a new Deus Ex mod that just came out that people can play in the meantime.