Today is a special occasion in many respects as its the 10 year anniversary day for the original Opposing Force. Happy birthday Adrian Shephard!

Good evening everyone and welcome to this autumns Operation Black Mesa Media release.
Today is a special occasion in many respects as its the 10 year anniversary day for the original Opposing Force. Happy birthday Adrian Shephard! Since he's such a popular ten year old, at least within the dev team and the community, we decided it was time to take the gloves off and show a larger MR than usual, revealing some of our current progress.

So, lets not linger any longer on the introductory phase, but instead move on to the real meat of this news article.

First off is some of the work done by our warriors with the pencils and brushes, the concept artists.
They are all hard at work re-envisioning the Black Mesa facility in its much more detailrich and updated form. 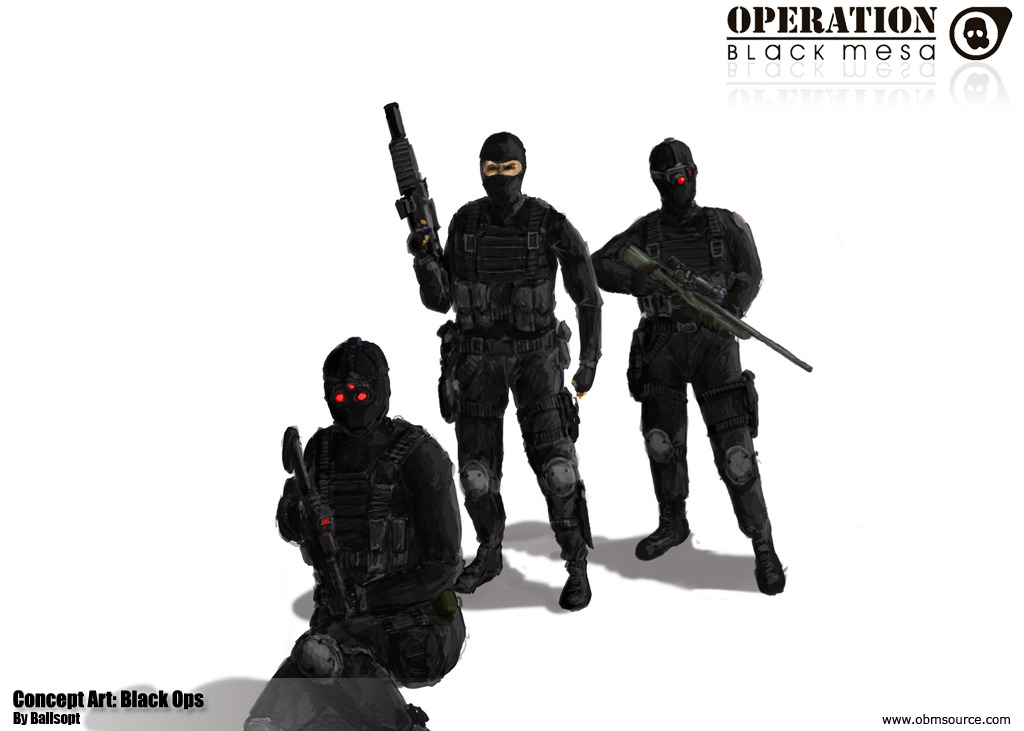 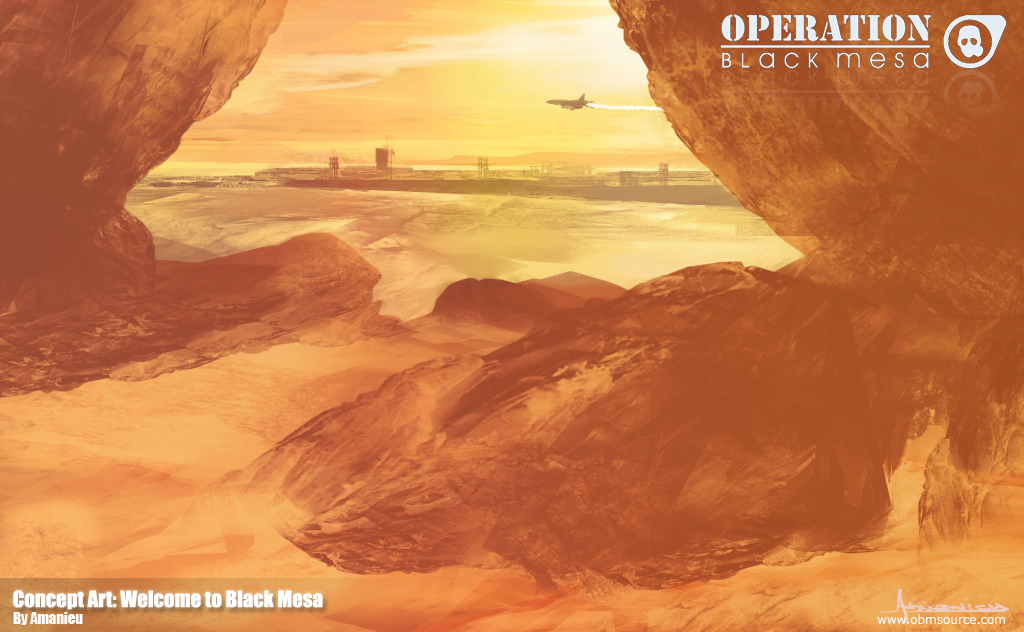 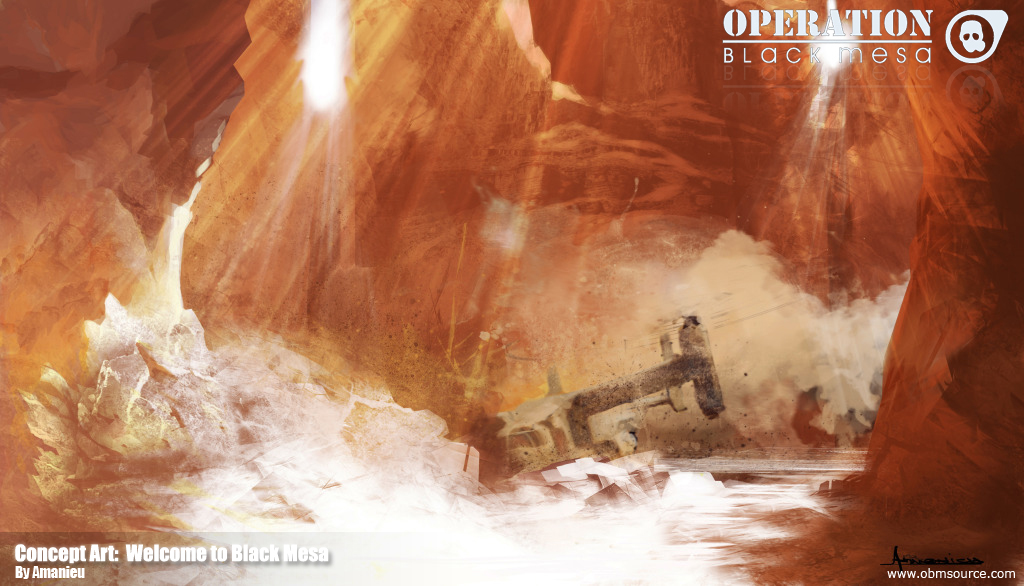 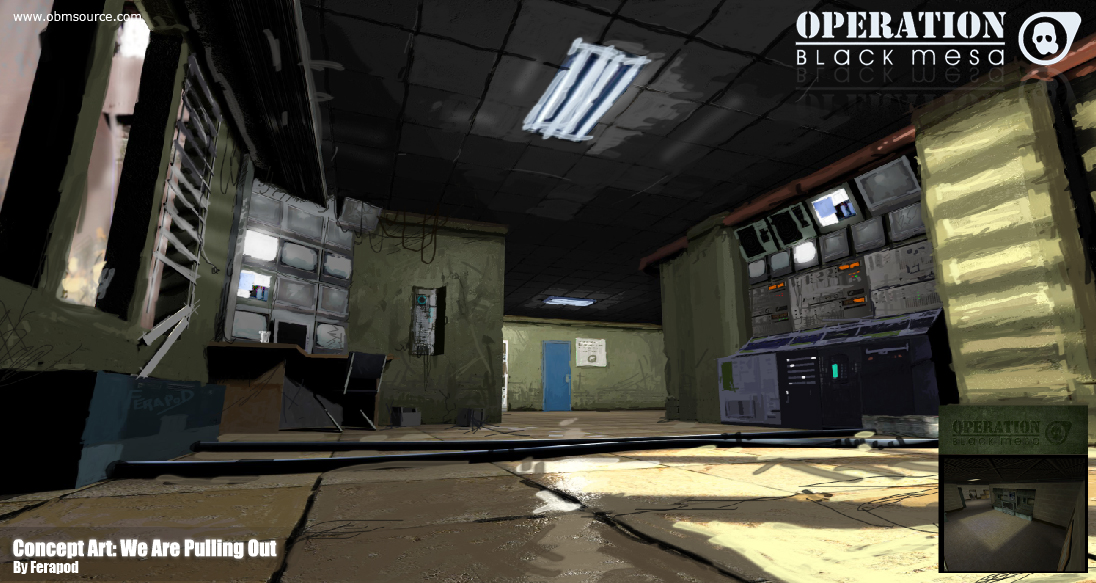 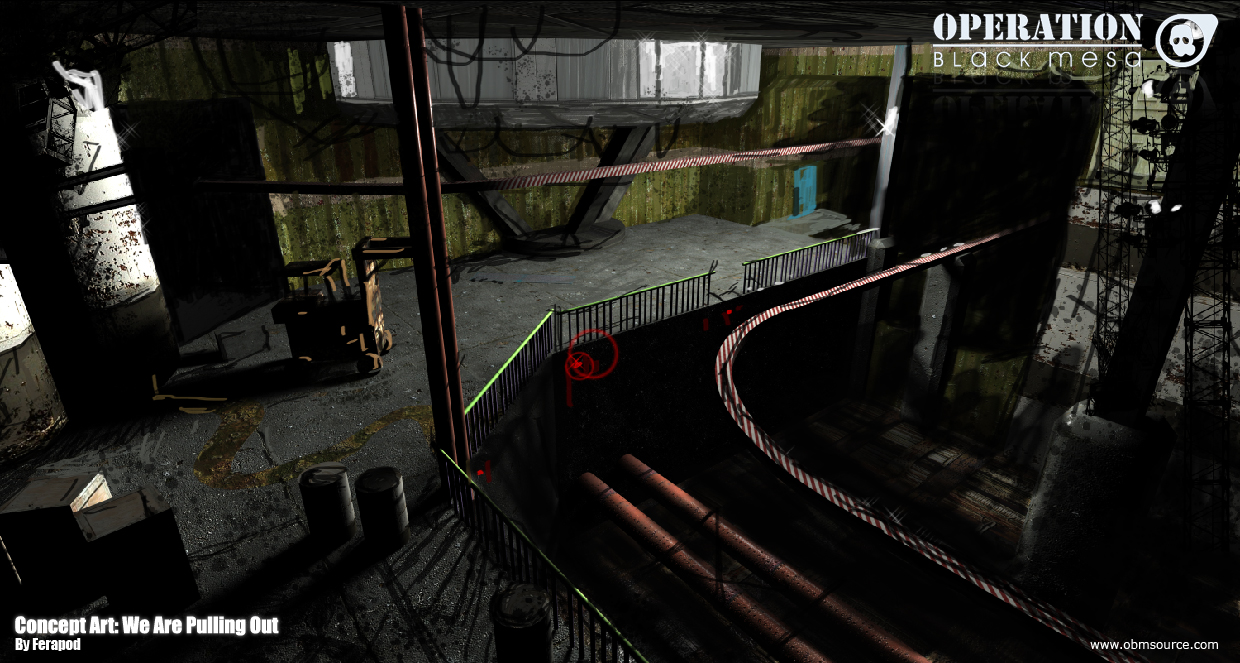 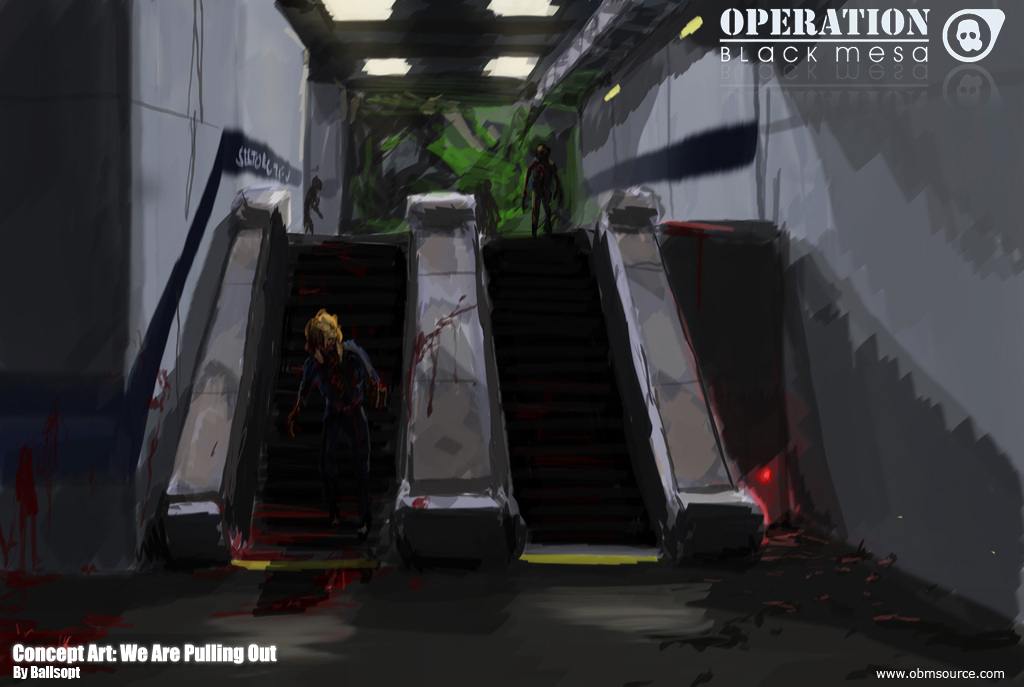 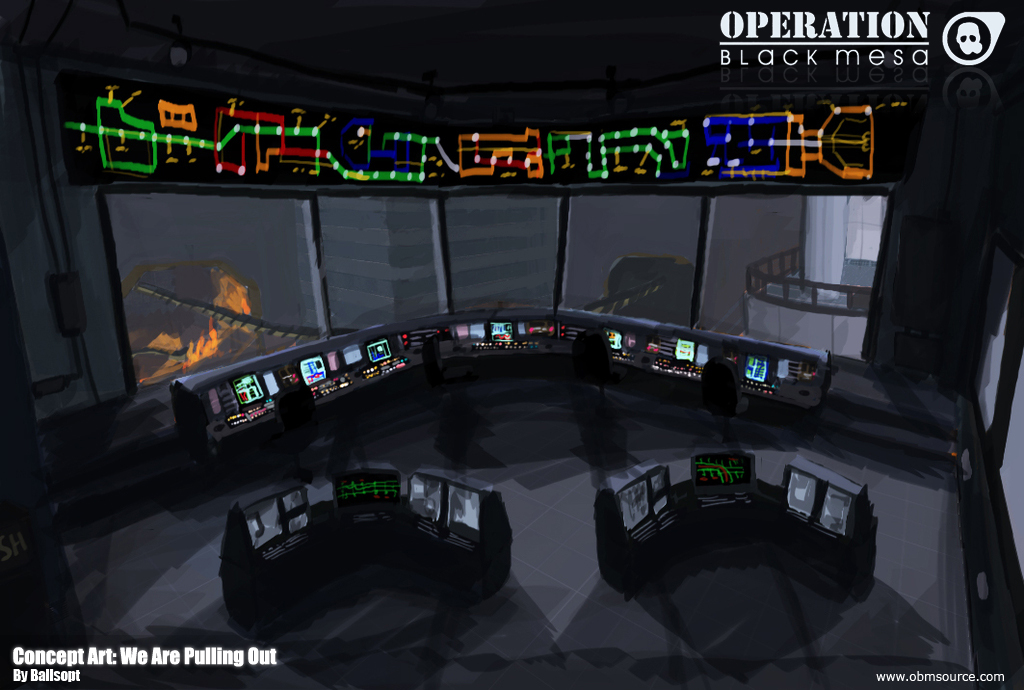 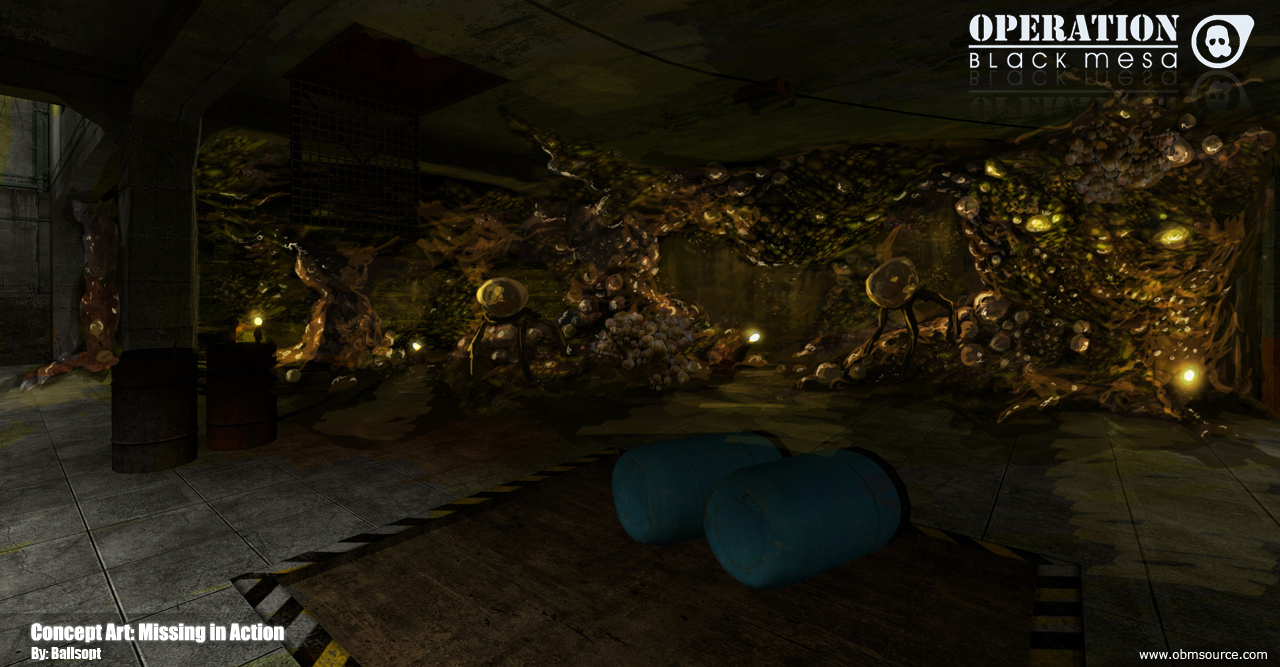 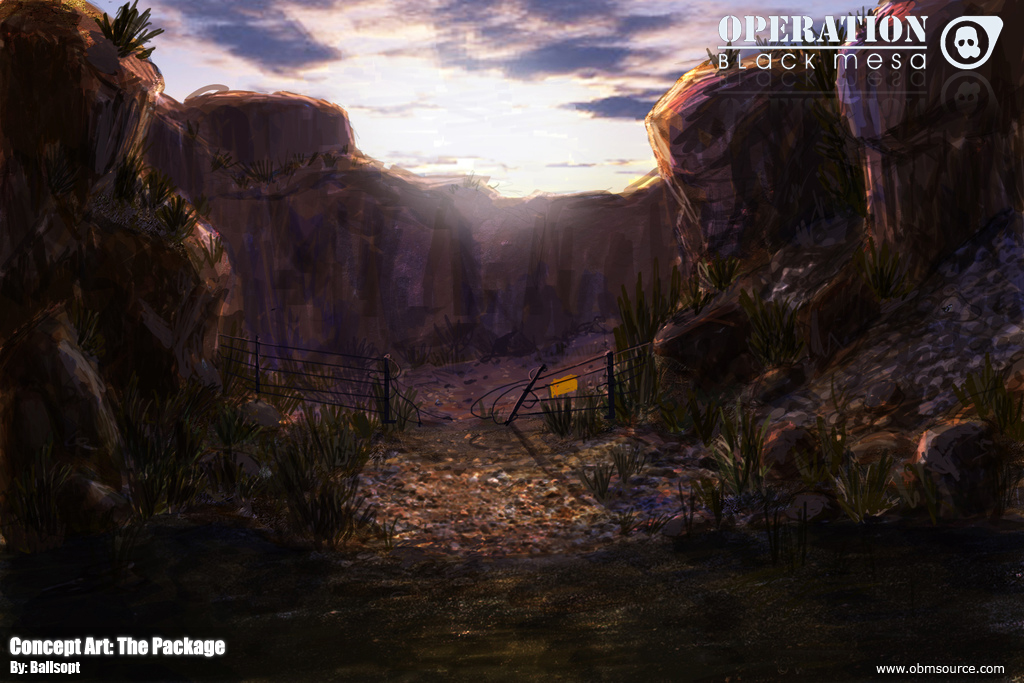 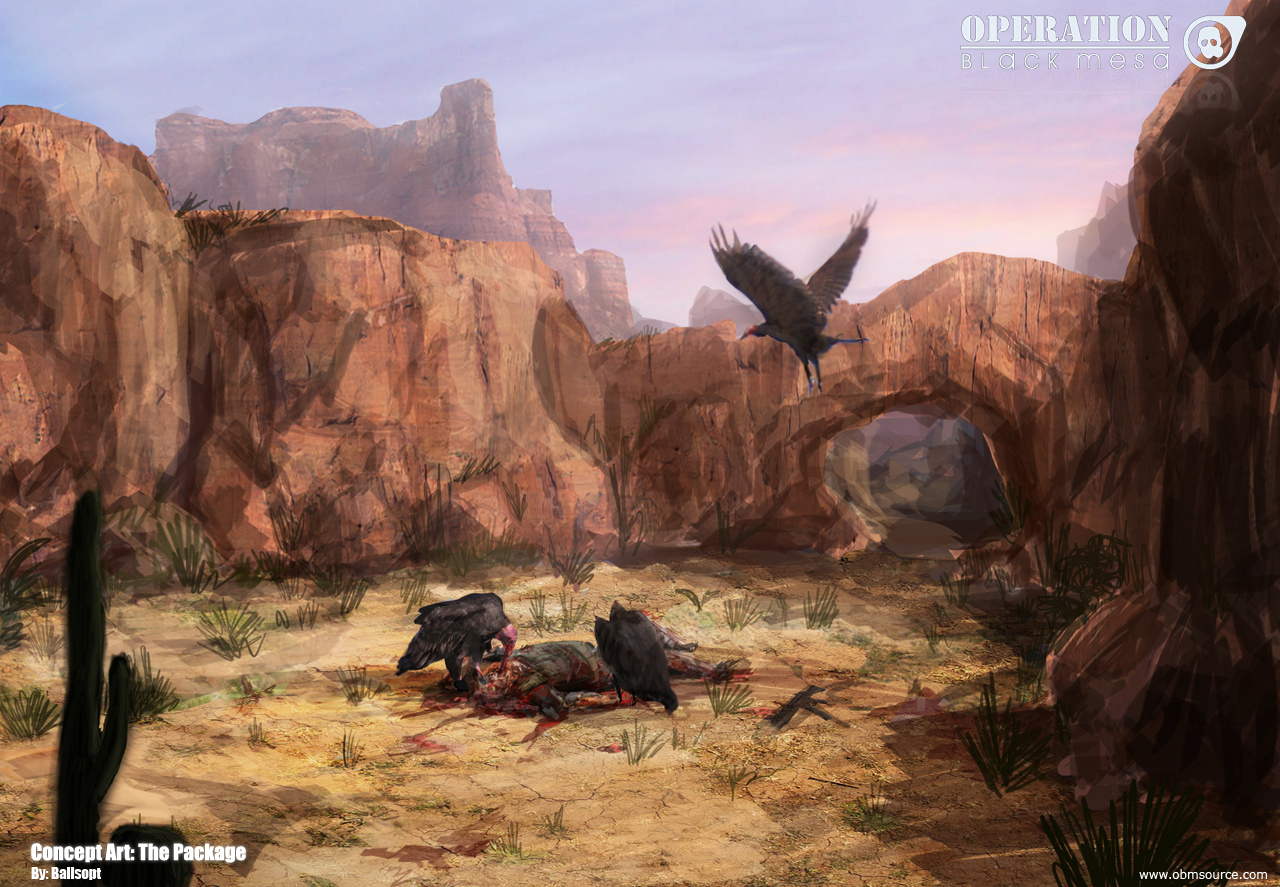 Second group up is our crew of modellers and texture artists. Here are a few shots of the new weapon models they've created as well as an old one that we've been saving for a day like this. 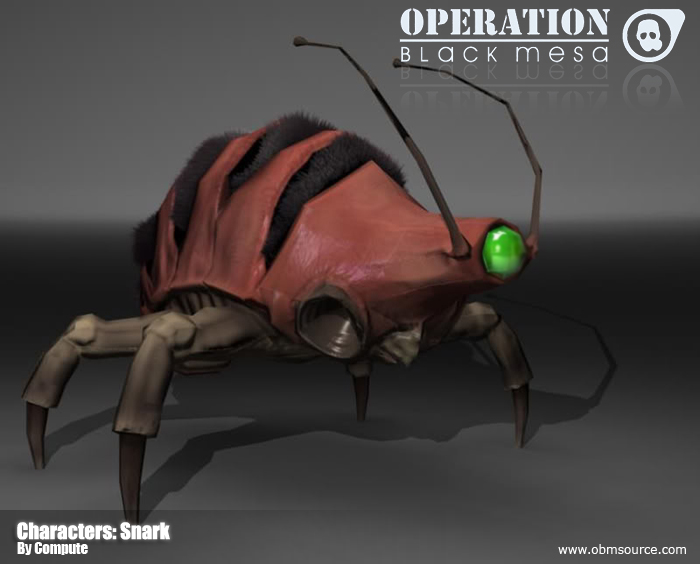 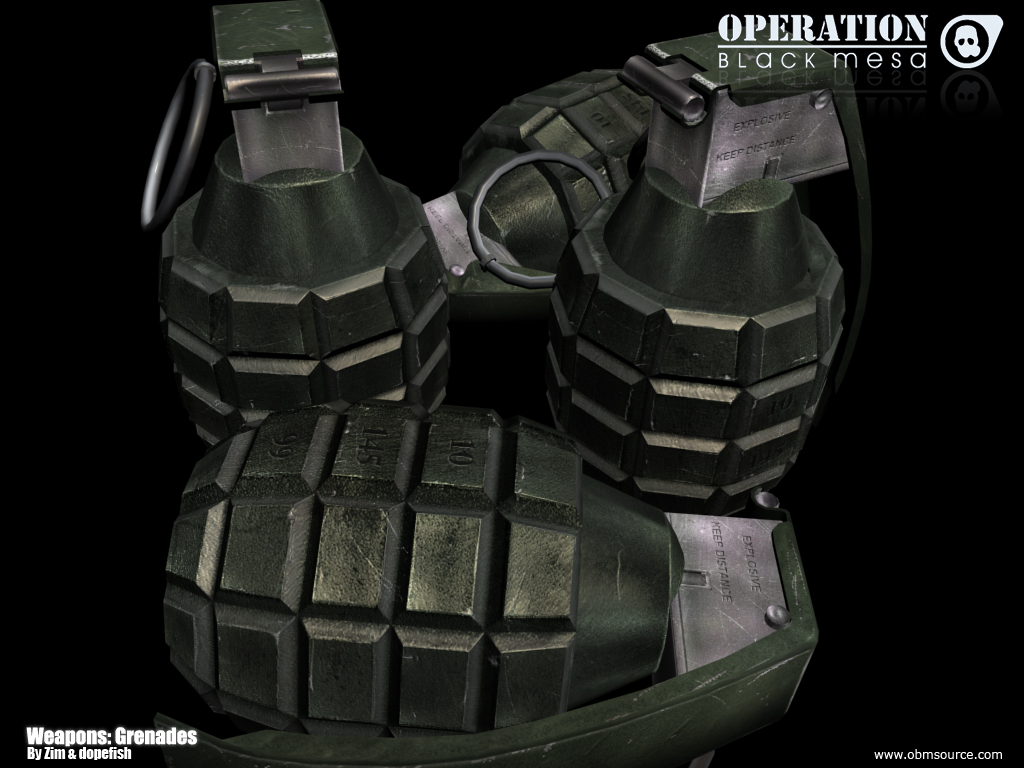 As you might notice there are a lot fewer model shots than of anything else, and the reason for this is that we lack some critical positions filled in order to get all of our stuff into its most lucrative state; the rendered or ingame one.

If you feel that you're competent as a modeller, texture artist or if you're skilled in model compiling or UV mapping, apply today and help us bring this project forward.

Last, but certainly not least, is our level design section. This is perhaps the section where the most progress has been made over time and to prove it we have LOTS of screenshots. 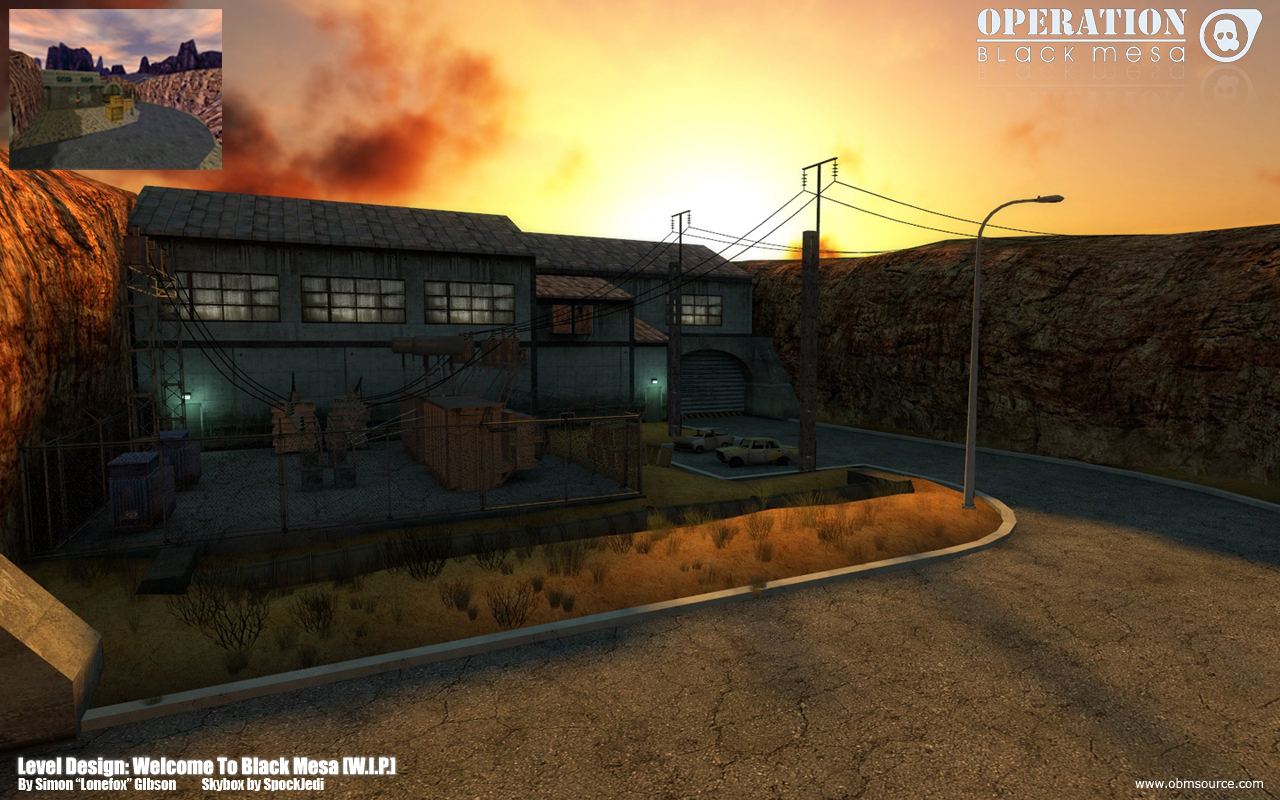 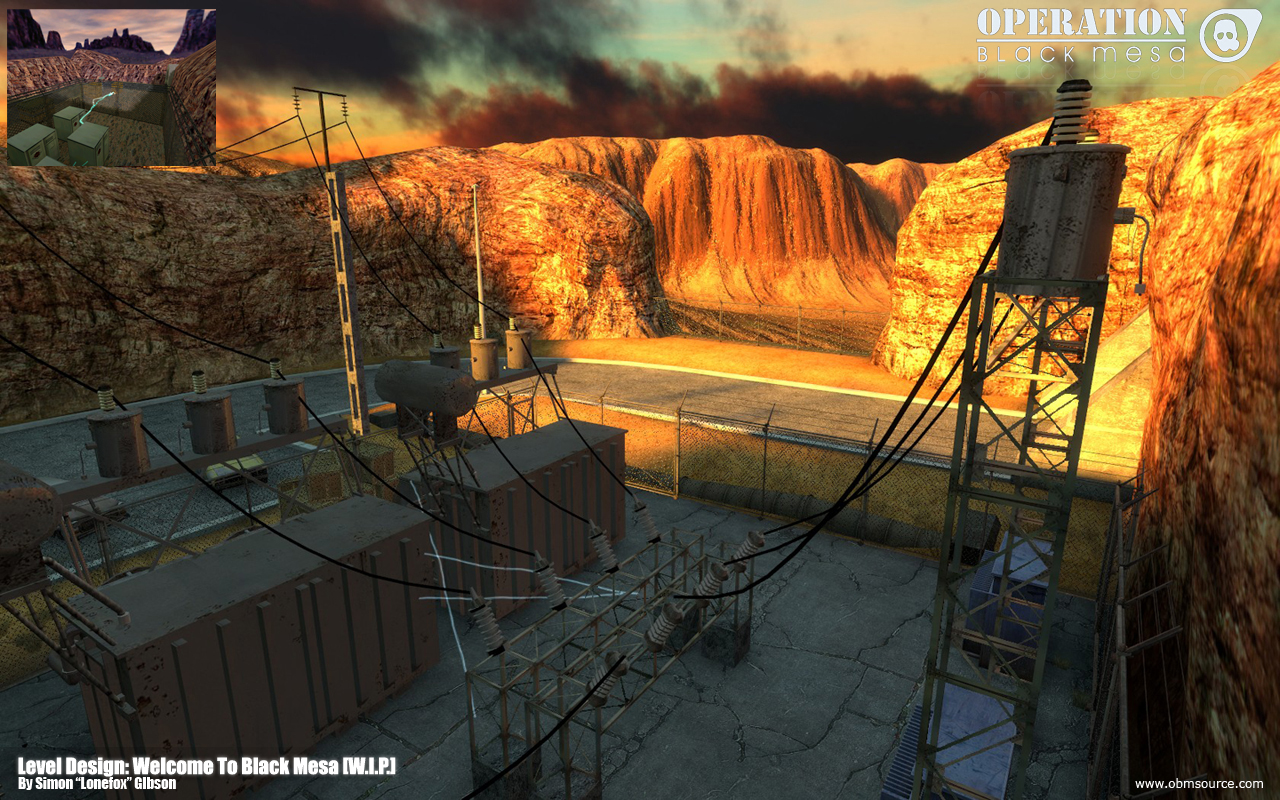 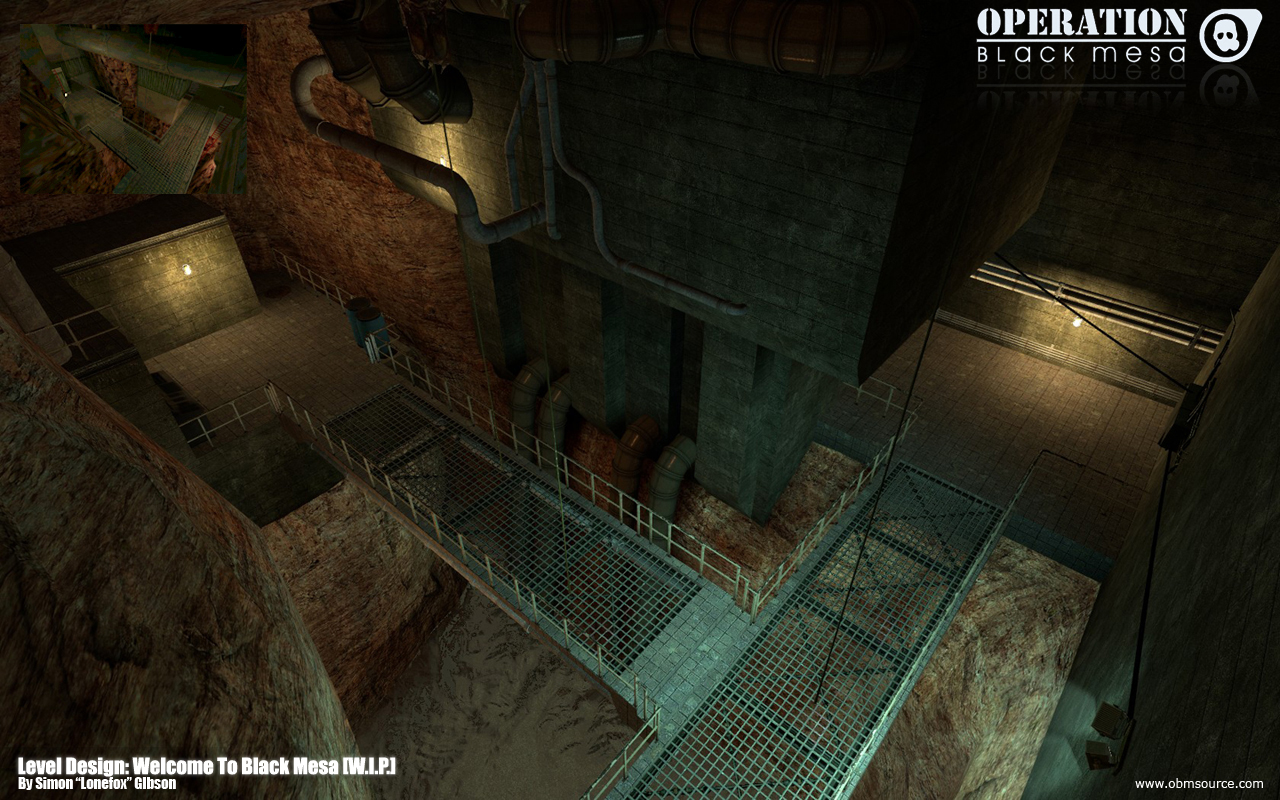 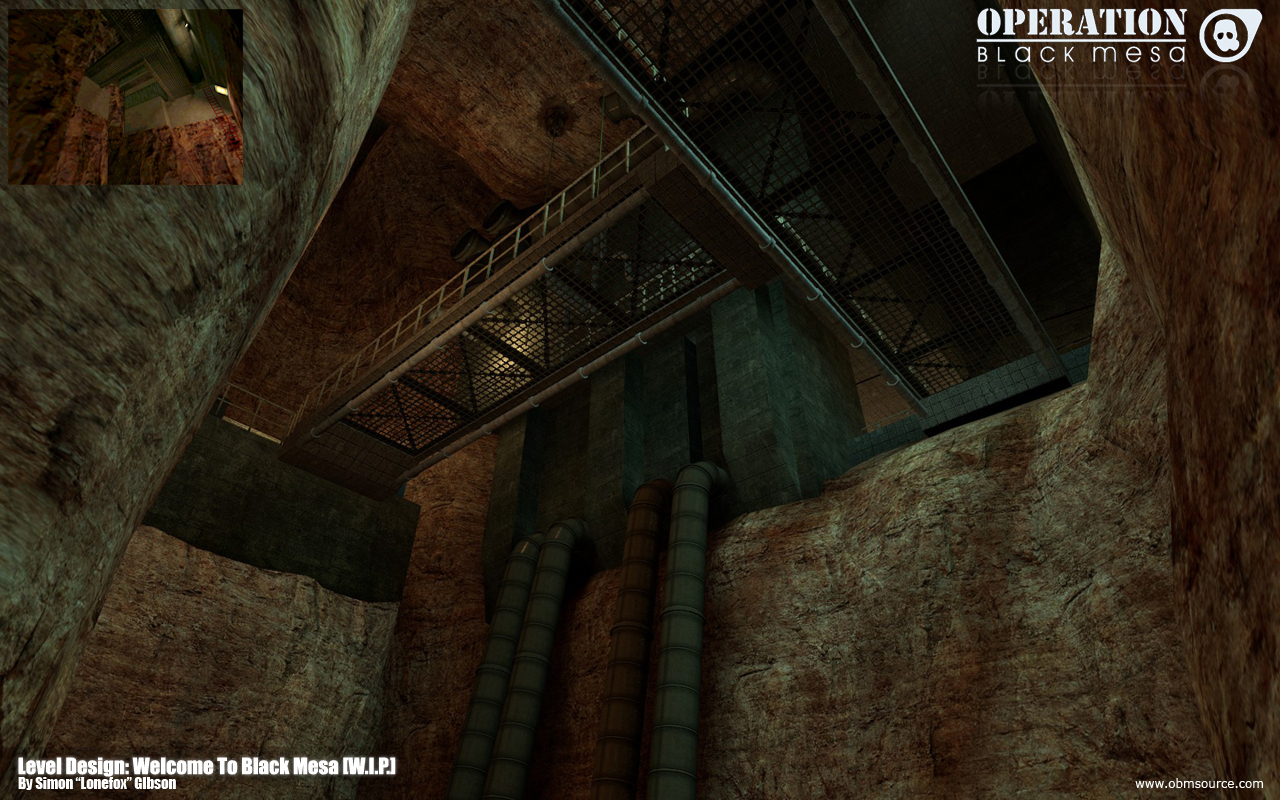 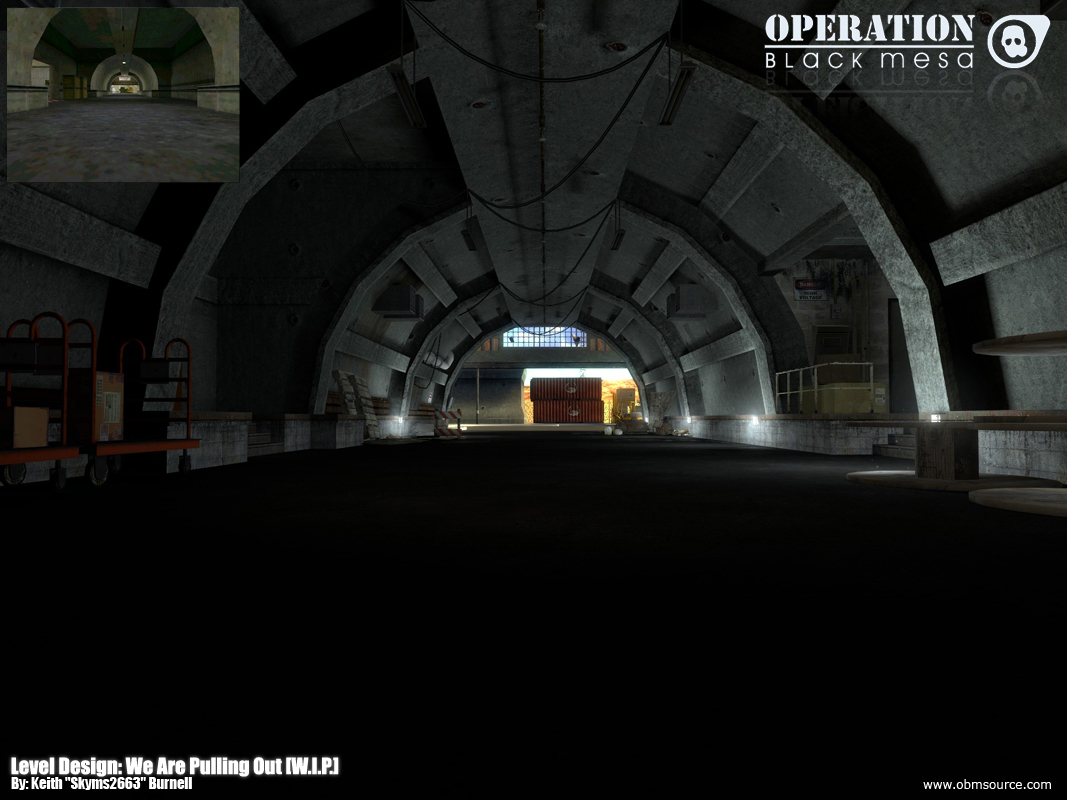 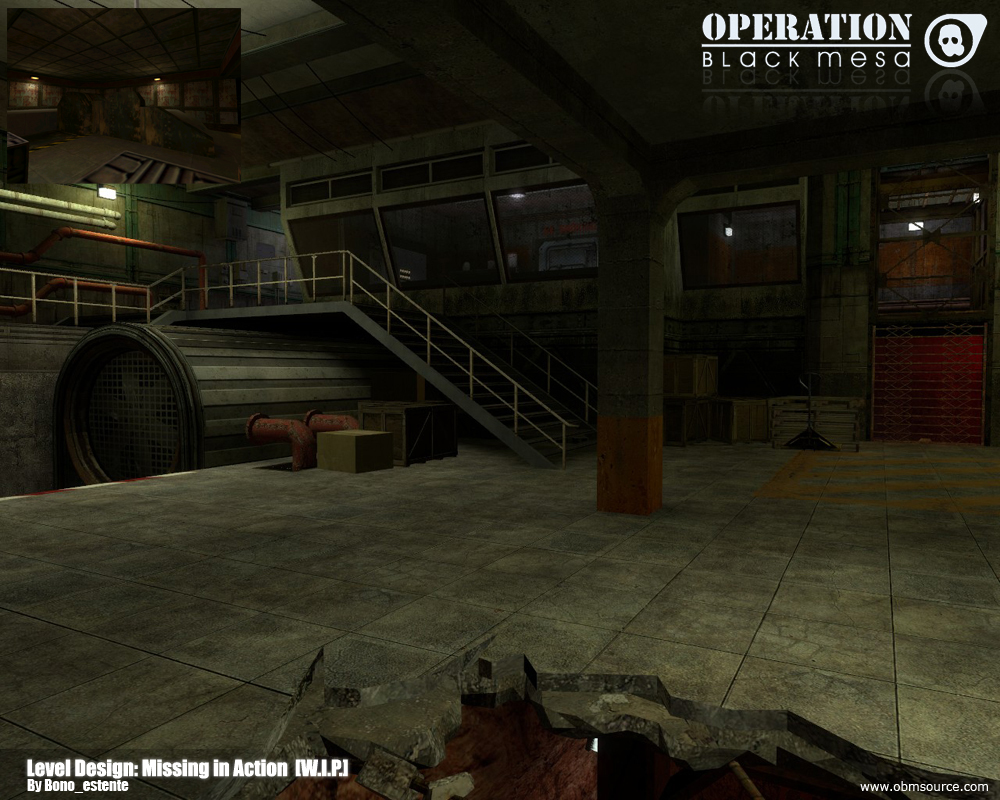 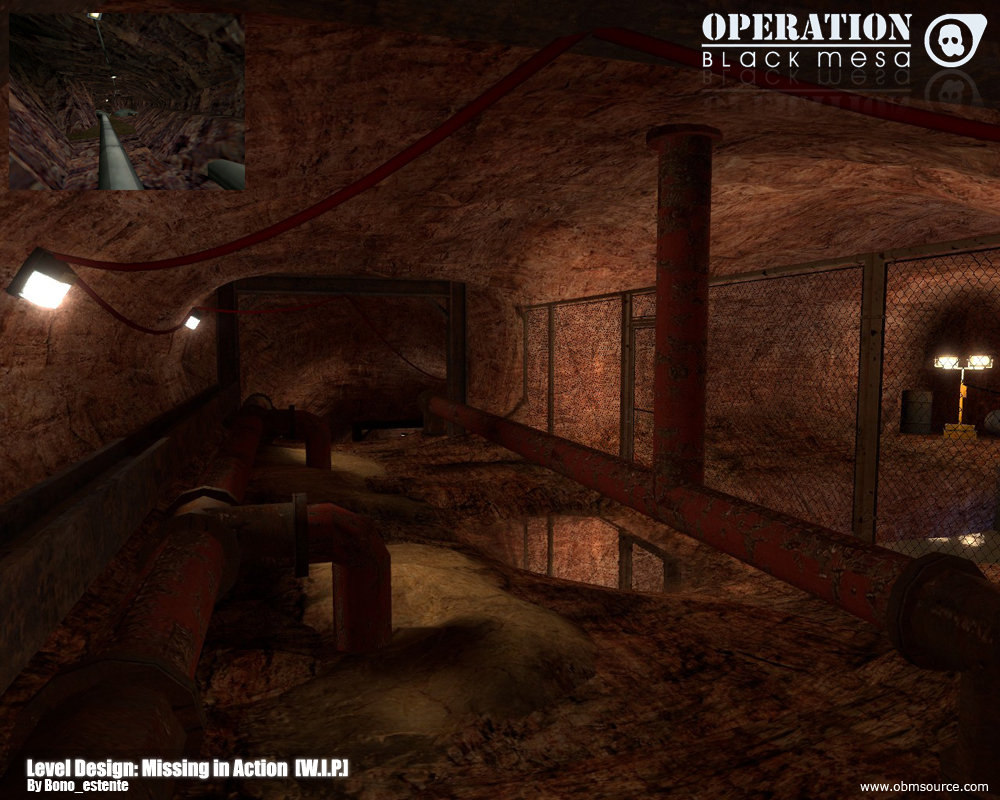 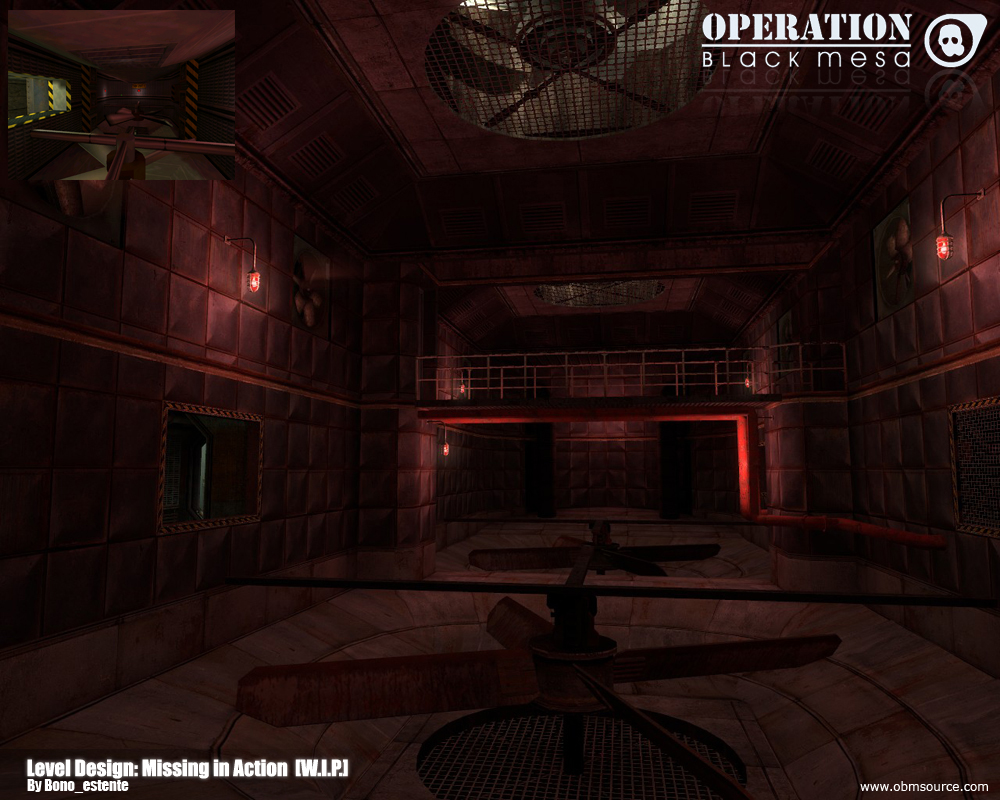 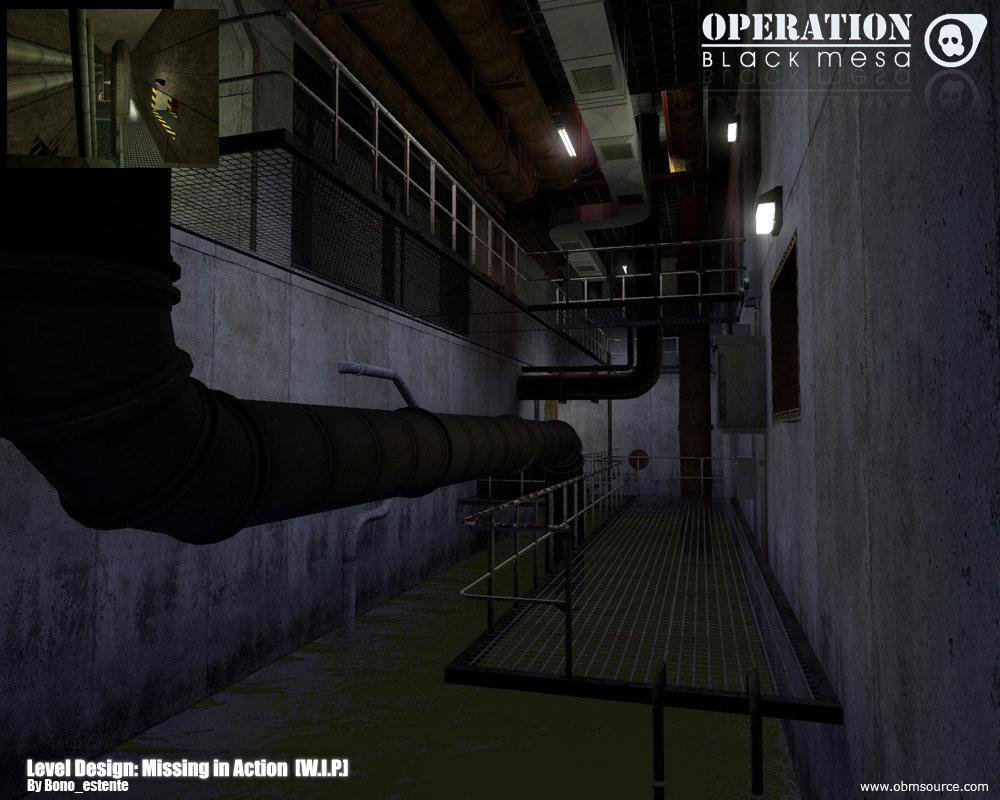 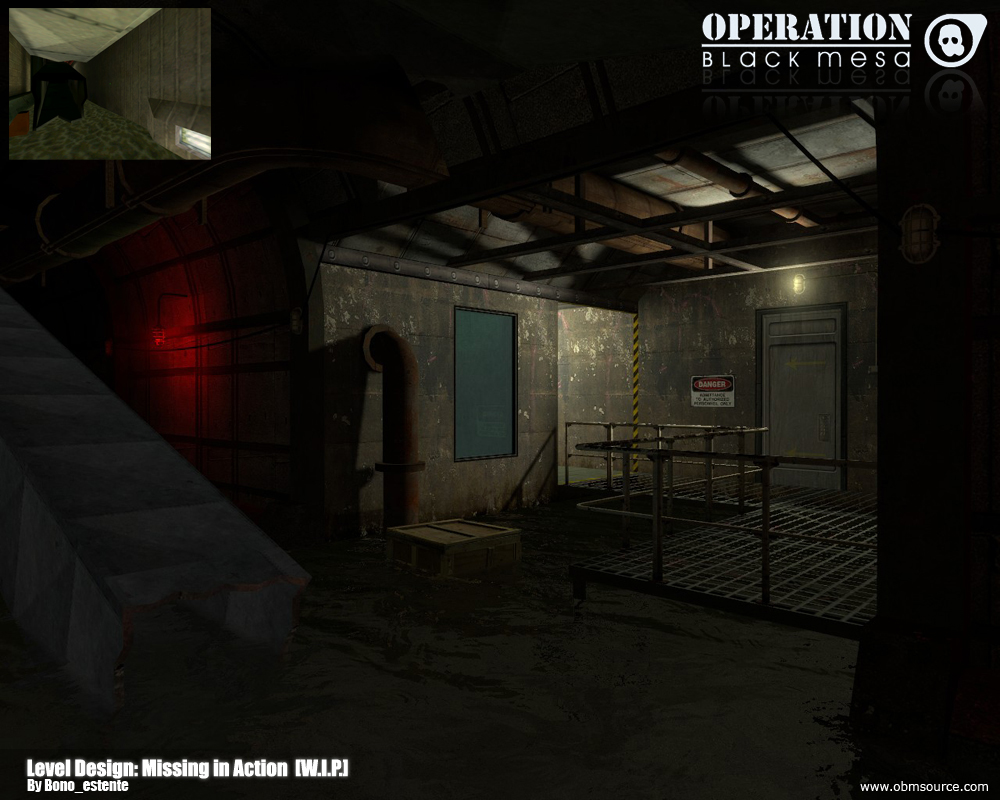 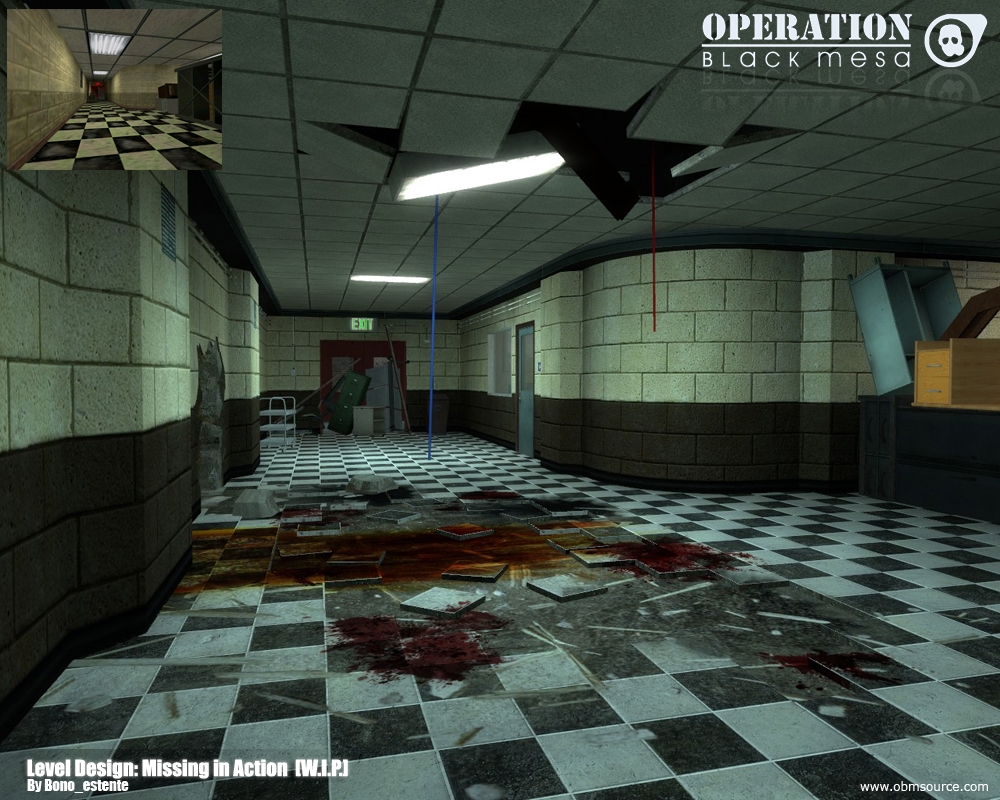 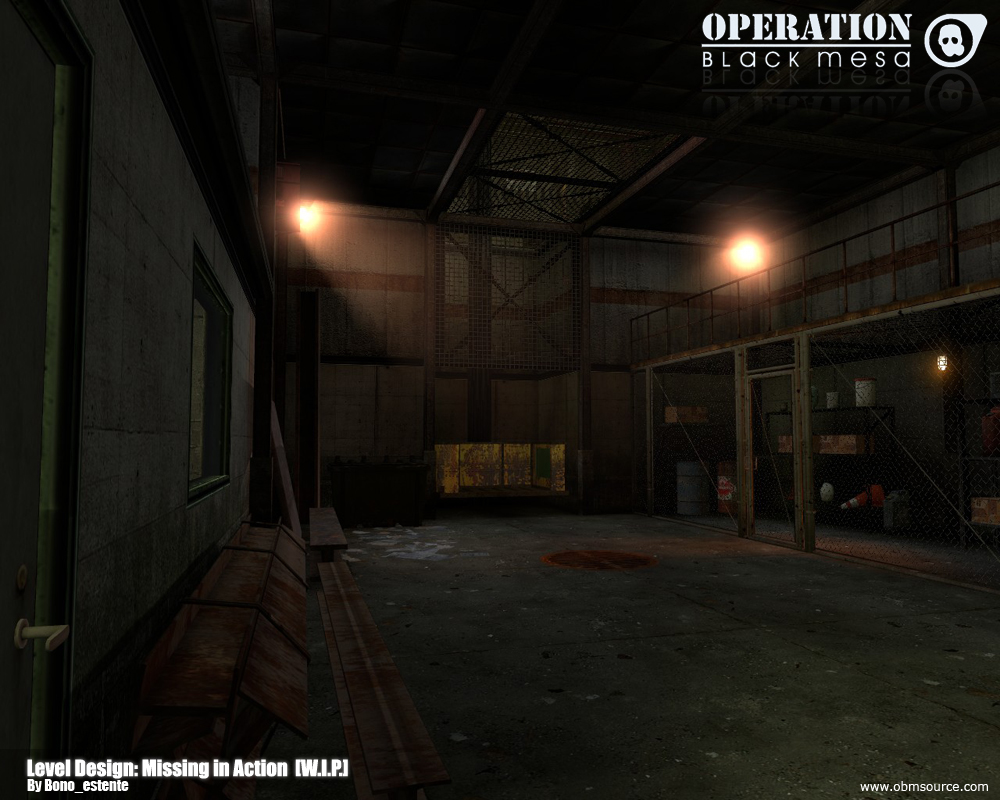 I've also decided to give a mention to a feature on our forum thats been available for some time now, but which some might not have noticed to it being user activated. Our webmaster has created a stylish Opposing Force forum style that will become the standard style for both registered members and Guests.

That's it for this times media release, but before I wrap this up, I want to again write of our need of filling a few critical positions. I think a poster might say more than I could with a thousand words.

Applications can be posted on our forums under 'Applications' or you can send an email to our community manager at: eshocker6@hotmail.com.

And that was that for this time! Stay tuned for more and somewhat regular updates on the www.obmsource.com website as well as, albeit somewhat slower, on our moddb page.

Oh how I'd love to see Adrian in another HL title. Great mod so far man. Can't wait to play!

awesome, truly awesome. OF deserves a source remake about as much as the original HL, imo. and i must say that i'm impressed that it's being remade in (apparently) such professional way.

I really love Opposing Force, it is as good as Half Life, but a lot more intense

Great job! Hey when i was young i actually preferred OPFOR than Hlf life and I still like it better to this day so aside from half life 2 it was my favourite Hl game.

I also think that this mod is at the same quality as BM so keep up the good work and I hope to see more media in times to come!

Wow, you guys have been working hard, the maps look fantastic! And the concept art is great too

A lot of hard work going into the mod. great work guys, keep it up... looking forward to more.. an excellent update...

That art is amazing, Can't wait for the release!

holy god, it's all amazing!

Yes, it were been definitely than Black Mesa: Source. Despite, the Opposing Force chapter only got 12 chapter it still a very awesome game and it one of the top reception review of all time.

Happy 10th birthday OF! Glad to see that the mod's not dead.....the quality is easily up to BM's. :D

Looks nice but concept peices look like took in-game then used the photoshop filter to make it look like artwork.

I must say that I love all the color in the maps. Too many drab looking games out recently.

It's really nice to read all theese great comments. Also, this news post is of course a call for more members! They need more modelers to model everything from character models to simple props, so all modelers are welcome to apply!

The same thing goes for textures, coders, animators, mappers etc. I for one, will apply as soon as i got a new computer, and new awesome skills :)