So what is Project Temporality really about ? We explain what it's about and why you should care.

So far we at Defrost Games have been working on Project Temporality in varius incarnations for around 1.5 years trying out different visual styles, mixing up gameplay and we finally are feeling ready to really share our Vision.

The basics of Project Temporality has many inspirations it started as a small project to feel our prodction pipelines and get a small game out in the market but it grew on us quickely. It started I guess along tome ago when I played Cursor 10 a facinating but in my view slightely flawed flash game where you had a certain amount of characters and every character lived for a certain time and they had to work together to solve puzzles. The flaw for me was that all characters start from the same beginning so it had a lot of repetive work and no margin of error. For a flash game this wasen't much of an issue however.

The other big part obviously comes from portal that in my mind created a new genre of games, finally moving puzzle games out of a flat 2d world and into a hughe 3d world. Don't get me wrong the use of portals was a good idea however to me the other parts of the producion like the puzzles,the pacing etc shines even brighter.


Born out of this Project Temporality is a third person puzzle game developed around singel player cooperation You used verisions (called Time clones) of yourself working together to solve various puzzles. The basic setup is that timetravell was discovered and subsequently forbidden because mankind as always fucked up. Earth is hold inside a Temporality field and field that cancels all time manipulations and all resarch on it is forbidden. You are a "volunteer" on a secret research ship beyond Jupiter where they experimet with and test cybernetic time warping implants.

I will not try to cover the backstory here more than that. But this makes a setup where you have to perform varius activites to test and diagnose your implant to make certain it is working properly. Nomrally there would be docters and scientists looking after you after each test but somethings have gone wrong.

You proress through the game learning more about your backstory and your abillities along the way. But most of all you learn to think about time in a different way which is necessary to solve the later puzzles.

Project Temporality is really all about trying to change the ways the player thinks about time. Instead of considering it as a single arrow going forward as in physics we are treating it more like a branching tree that can double back on itself and sprout new branches whenever it feels like.

That does sound a bit quasi-philosophical. But the gist of it is that we want the player to experience this mental shift where they really have to change the way they think to solve the puzzles.

The player is granted a couple of powers to facilitate this. He can of course rewind time backwards to undo prior misstakes or try dfferent paths but this is not the gameplay it's a mere side effect that also makes the game a lot more forgiving for casual players. The Core concept is the time clone which happens when you rewind time and then makes a new branch from that timeline, meaning that you take control of a new Time Clone while the old you will continue performing any actions you did before rewinding time. This is the core mechanic for allowing you to cooperate with yourself however there is a key difference between our Time Clones and the canned recordings you have seen in other games. These are true clones and they will continue to perform the actions you recorded however they are still a part fo the game world and if you change the game world they will not walk on air or anything like that, For example if you jumped on a platform and for some reason that platform has been moved in another timeline your character will jump and fall not stand on an invisible platform 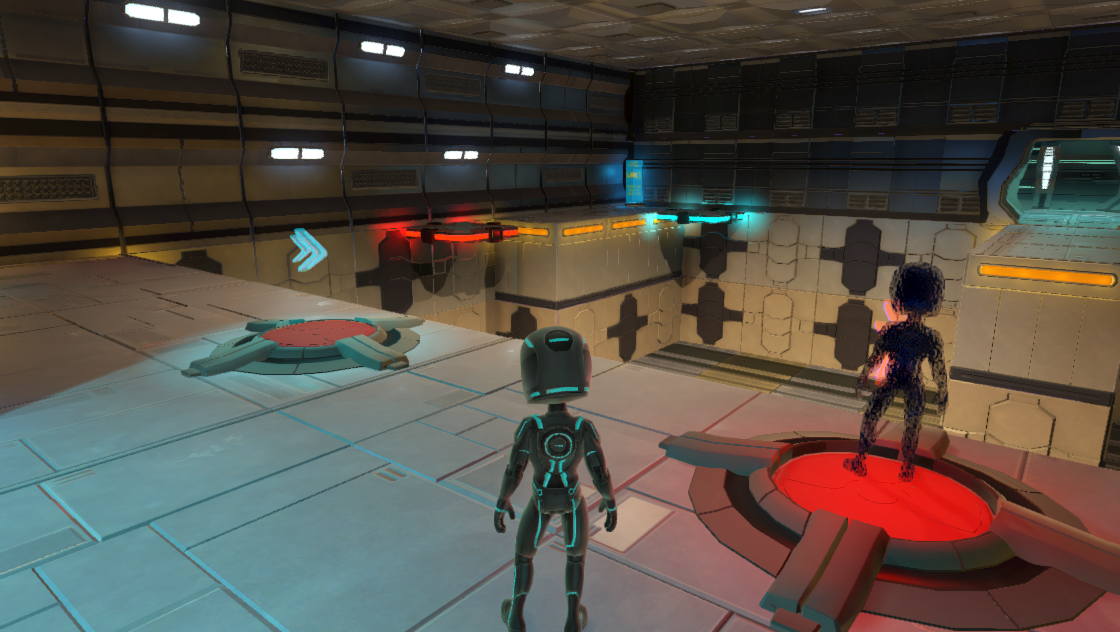 This ability is combined with a multitide of gameplay elements including Lasers,Platforms,Doors,Buttons and Temporality fielded objects amongst others. We will soon release some examples of puzzles to allow you all to better wrap your head around what Project Temporality is about, but in the end you can't be told you really have to experience it to feel how different it is.

But I hope we have at least shed some light on the core of the game today.