Temple+ celebrates its first 6 months out in the wild! With Prestige classes nearly finished, what's next in store?

We've recently made a series of releases culminating in Temple+ v1.0.29, marking over half a year of improvement, fixes and new features for this old beast!

First and foremost, Temple+ now boasts 5 additional Prestige Classes since the last update, bringing the total up to 7. The new classes include: 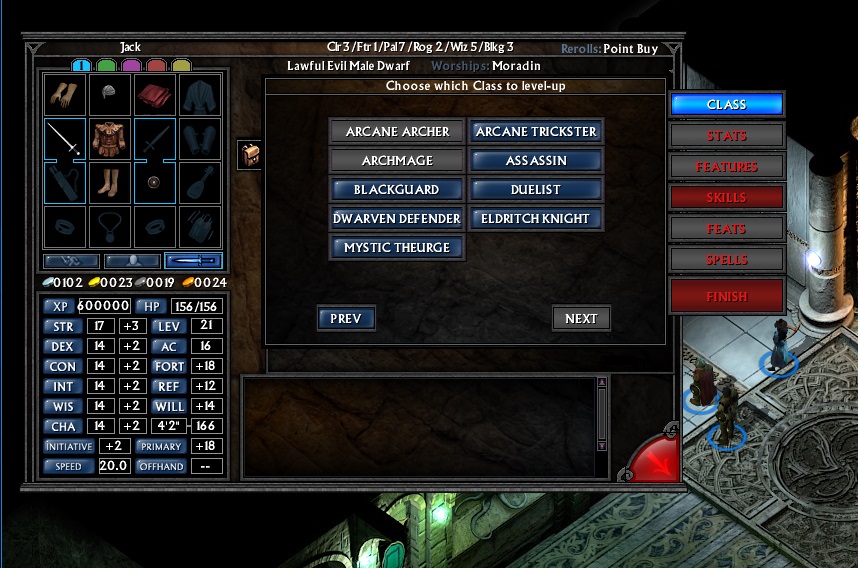 Jack of literally all trades. A bit ridiculous, but technically possible.

One of the base classes got a little love as well - the Bard now has multi-targeting ability, so you can Fascinate multiple foes and Inspire Greatness or Heroics in multiple friends. Bards also get two new songs to complement their arsenal - Suggestion and Song of Freedom. This nicely rounds up the existing base classes for the high-level content you can find in the Co8 mod. 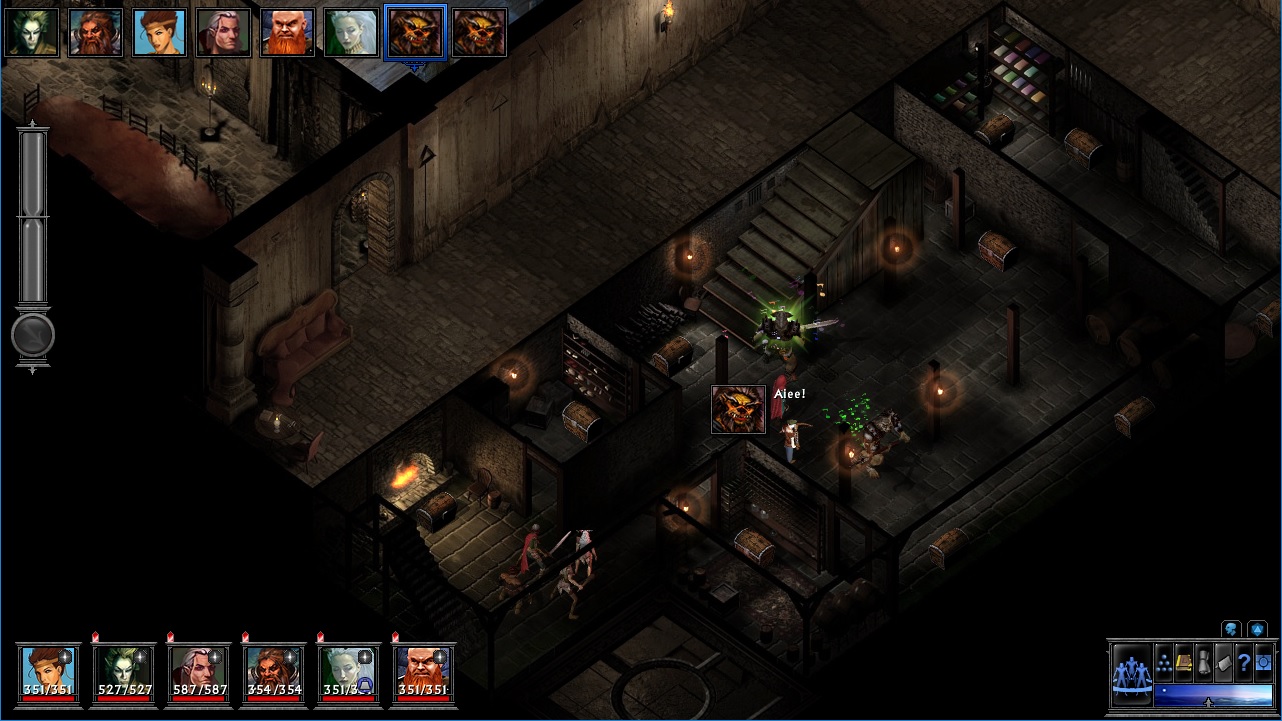 Thanks to suggestions and requests from you, we also incorporated an improvement to spells that was crucial for having effective Arcane Tricksters - Weapon-like Spells. This lets spells with an attack roll (such as Melf's Acid Arrow) inflict Sneak Attack damage in addition to the normal spell damage. Surprising, but it's by the rules, and pretty badass at that!

A number of you have requested options for relaxing some restrictions, such as Craft Magic Arms & Armor spell Requirements, Point Buy limits, and alignment requirements for Prestige Classes. Your prayers have been answered :) you now have access to a new House Rules option - Lax Rules - which will allow these things, and possibly more in the future. 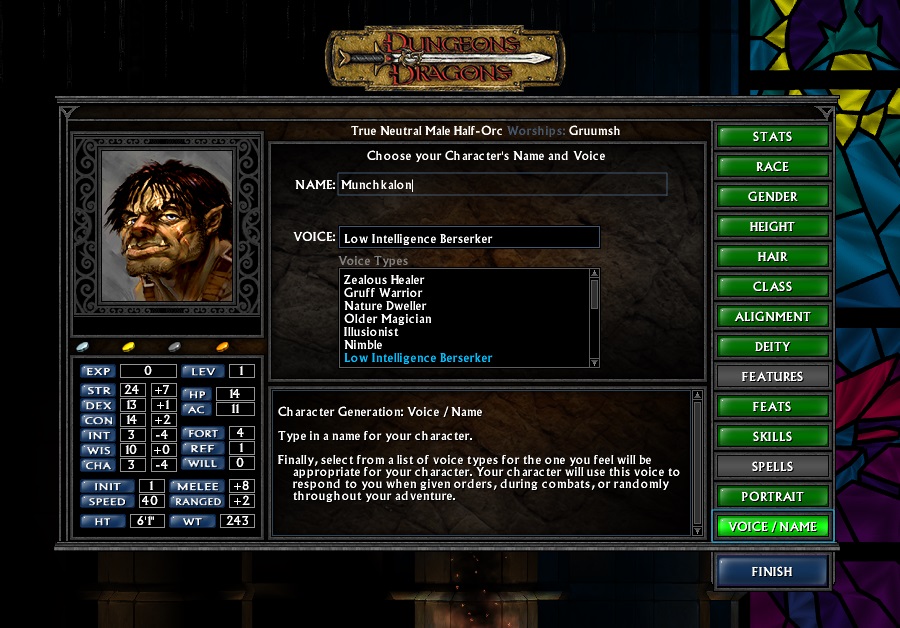 Meet Munchkalon, the avatar of Lax Rules. Because who needs charisma anyway?!

Under the hood, we've also made some extensive changes that give even more power to modders. Hate the Vancian casting system? You can now change a flag in a Class Definition file, and your Cleric will behave like a Sorcerer! And that's just a tiny fraction of what you can alter - indeed, all the Prestige Classes were done with it. We already have at least one taker here - Winston Schnozwick from the Co8 - working on adding Psi to the game using these new capabilities. It's an ambitious undertaking that will also require some substantial digging into more UI, but we'll get there! 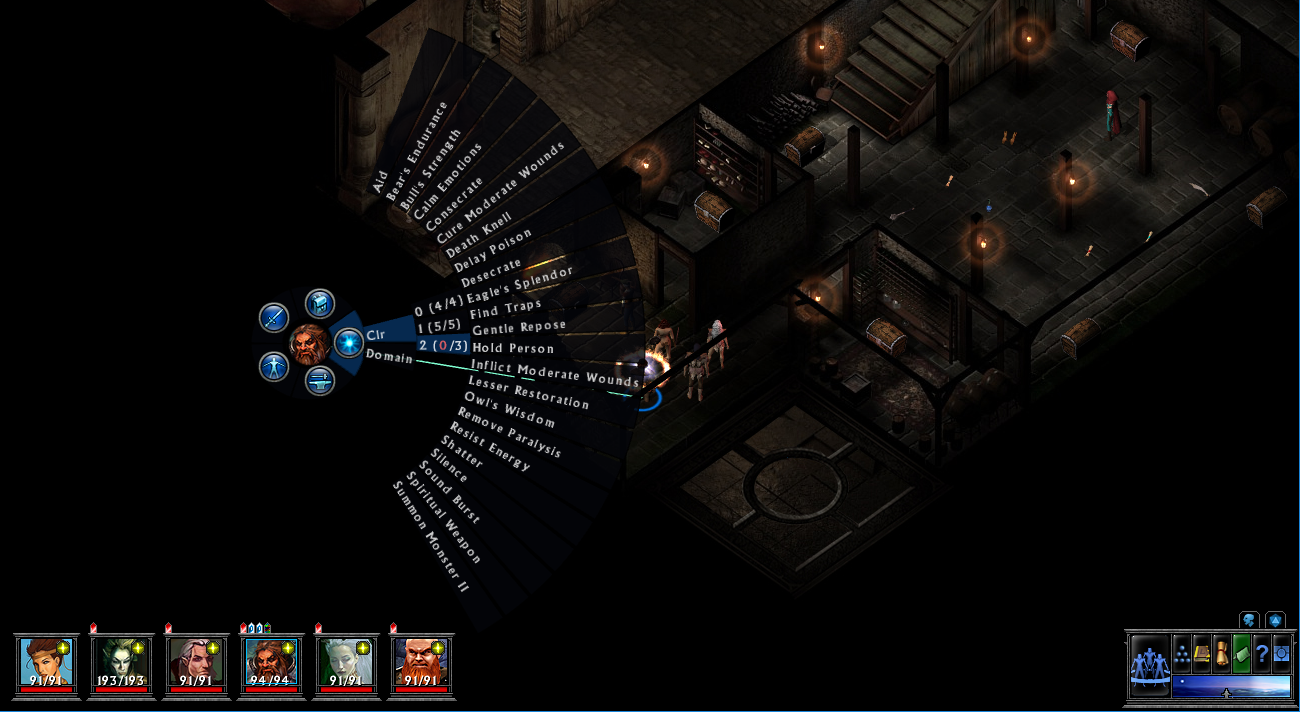 A Favored Soul in the making...

With the growing interest in modding, we've taken the time to document the new modding features in the Github Wiki - there's quite a bit still left to fill in but the basics are covered. Check it out:
Github.com

Other than that, a ton of fixes and improvements have been made, including a working Magic Domain ability to use Arcane scrolls & wands, Enter key support for several interfaces, radial menu submenus for Dismiss Spell and Wands/Scrolls with multiple options, a fix for the broken Opportunist ability, and a whole bunch more! See below for a complete list.

So what's in store for next few months? In the near term, finishing up the other couple of planned Prestige Classes - that's the Arcane Archer, and after that it's probably going to be the Dragon Disciple instead of the originally planned Archmage, since that one would only comes into play very late into the game. Aside from that we'll be adding some needed polish such as better wiki help support and tooltips for all the new stuff we've introduced, and incorporating more of the suggestions from the playerbase.

Following that we'll be going into a bit of an "infrastructure mode", digging some more into the character creation UI, map system, and other ToEE internals for our needs. The goal is to support the addition of Winston's Psi mod, new Sub-Races, flexible Class Kits, and a Skirmish mode/arena where you can duke it out with monsters or other parties. That's a handful for sure, so it may take some time ;) fortunately we have the end of year holidays coming up!

Once again a big thank you for keeping the suggestions, requests and bug reports coming. ToEE is slowly but surely evolving to be a real polished gem!

Personally, I wish I would like to see Temple+ replace completely Co8 in terms of pure fixes / non controversial additions. With that I mean, shed all that "extra" that is still present in the Standard version of the Co8 mod.

But I suppose that is something that very few care about.

I'll tell you what - name 10 Co8 fixes / non-controversial additions you'd like to see replicated in Temple+, and I'll do my best to incorporate them. These have to be specific though, not broad categories like "AI improvements", "Item fixes" etc.

Do you still need to disable autosave when using circle of eight mod?

You can enable autosave.

The only thing you have to be careful with is when loading a map you've entered for the first time - it could break some Co8 spawn scripts.