Do you know how dope and mafia-like lion life is ? DEVlog#00 will cover the game philosophy and abstract idea that become MANE narrative. and check out the game about and screenshots for plenty new materials.

DEVLOG#00 : The Beginning , Mafia Lion and Timeless tale that need to be told
*** {disclaimer} this is one of a six the continuous DEVlog writings in the process of covering how MANE came up to be, design in-sight and development. So if you want a spoiler-free experience of MANE you might consider skip these.

MANE began with the vision I have last November when the first 'Lion King (2019)' trailer came up. it has sparked my friend to introduce me to the documentary called 'Brothers in Blood: The Lions of Sabi Sand (2015)' or as he called it "a realistic gruesome Lion King". And, my opinion upon a watch was "whoaa.. these Lion life are so mafia-like!" It is so shockingly cruel and ruthless in the way lion social and territorial behavior functions . especially to the reserve staff filming years away to see how their lion fate from a cute little cub unfolds in bloody conflict. yet It's a sad and heartfelt tale of a forgotten glorious life. These lions have lead cycles of generation after cycles. 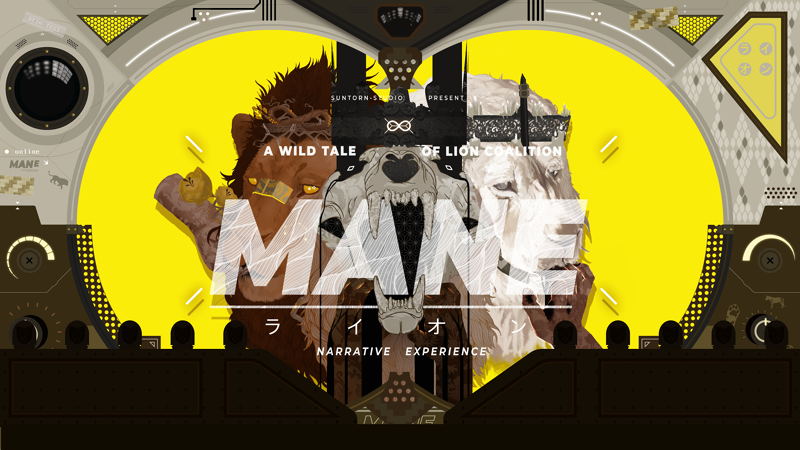 What fascinated me from the documentary is the harrowing way of nature in its unbending law that animals have no choice but to obey. An example from one of the shocking scenes (spoiler ahead); A crash between brothers dominance within the same pride as there can be the only one leading. The older had given up his position to the younger. In order to announce that, the younger 'ATE' the older offspring. What should we make of that!? these behaviors that is almost ritual-like are common understanding among them. Our human view perception simply cannot fully empathize to their instinct reasoning. However we will always view animal actions as absolute innocent cause their actions are of no malice intent. it just the way it is. That's why people are more sympathetic to animals than humans even sometimes are quite misplace. 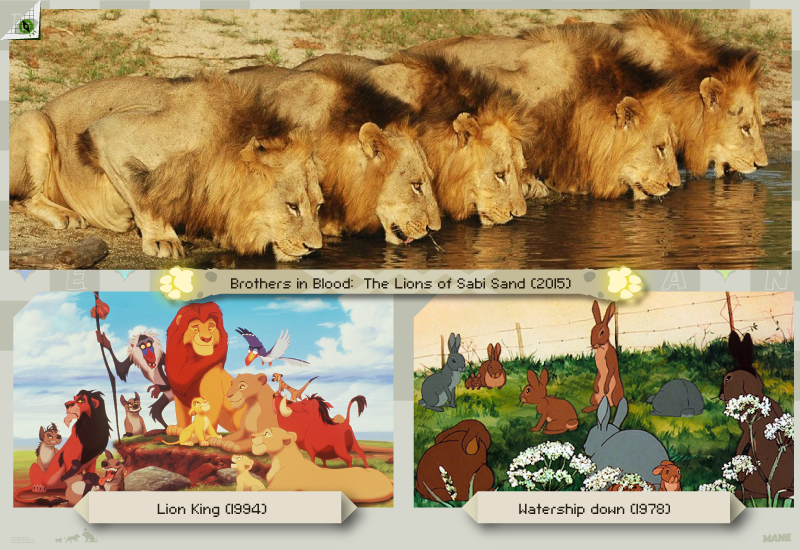 Lions are not the best hunters. a bad one even considering their agility or ability to track and hunt. That's why their social structure functions the way they are to survive together. However with its unique characteristic behavior and maybe along with their big fearsome looking furry mane. Lion has become one of the common use to symbolize. It is a common charge in heraldry symbolized for nobility ,valour or royalty. As in the old time people rarely saw it in person but only through the depiction of in books and tales and glorified them as king of the beast. The association between royalty and lion has become familiar to us already. So Lion King(1994) is literally a royal conflict story; a runaway prince betrayed by his uncle and back to claim his rightful throne. Barely to do with lion in its nature element.

So, I created MANE to translate that in game. It is Another exciting? tale of a royal prince of the wild looking forward to the throne. But instead not diminished the reality of lion nature and creating this juxtaposition look into the lion life. an familiar protagonist RPG tale with a blunt truth telling underneath. still keeping the cute and the charm of why we came to love Lion King and adore lions as animals. I also personally inspired the work of Richard Adams : Watership Down (1978). reference his way of telling of gruesome tales about animals but the different is most of his work will usually be associated with humans cruelty. So my overall motto throughout the creation process is ‘Make it cute ,cruel and wild !!’

DEVLOG#01 : "It's Lion! but with a Sword!" , Guide to create a National graphic RPG - or gain the early access on my KO-FI

soo.. did you know MANE have a KOFI page !! it is an ongoing funds support my studio which currently an solo-dev attempt . Currently the 1st stretch goal is MANEKI-gotchi ; an in-game virtual that will roaming your interface while following your lion journey.

MANE can be Pre-Order now on KOFI Shop with Tier 01 : Early-bird price or on 'Tier 02 : Legacy Archivist which will grant you the backer exclusive : current gift : Maneki-Neko headband { the one little cub above is wearing with a lucky coin symbol on the head } every 25% mile stone will unlock some more exclusive gift to stack ฅ^•ﻌ•^ฅ

Do follow @SuntornStudio on Twitter for more of the snippet and Cat meme or Wishlist MANE on steam . any support will be so much appreciated -