As a one off, because we love you Soulstorm fans and because you have kept the faith for so long, I thought I would let you behind the curtain to see what we are doing. Hint - A LOT.

Welcome to our random update. I'm fuggles, your host for this visit - some of you may know me - Team Thudmeizer has been working away for the last many, many years on bringing you (hopefully) exciting and diverse mod experiences through our different race mods.

Races wot we made

If you have not tried them, then hey, give them a go - we specialise in adding mods to the vanilla soulstorm game which are all designed to ultimately work under the Unification Mod. We typically hover around 2-3 active members (sometimes 4!) and sadly have no actual 3D modellers, so have to kitbash, retexture, scar or cleverly design our armies. We have been lucky to get an influx of returning and new members to our team so we are now at least 6! We have not been so blessed in a long time, so I thought I would let you know what we are up to, as hey, we never post any updates on anything really!

This has gone a bit mad. It now supports all the defence and survival maps as well as allowing all the races to play together well (alongside Freeui). Note that we do not work to be compatible with UA, we have separate goals. The new version will enable RAGE to work properly.

Expect patches of varying sizes for most of projects in the next year (maybe). Certainly in the short term patches are pretty much done for Praetorians and Nightlords (will fix UCS clash with Space Wolves).

We have taken on Space Wolves and Renegade Guard. Both of which are in the very final stages, awaiting some art work, but the gameplay and unit rosters have been largely reworked into basically new projects. They each have unique playstyles which you will find interesting... and also wolves! AWOOOOOOO!!

Inquisition is also being worked on to add the Grey Knights race as a new branch on their tech tree as an alternative to the regular inquisition play style. No-one will expect that. Aha, aha aha.

A whole bunch of old projects have risen to our attention, which I shall sprinkle with very much WIP images. All subject to change etc, etc - feel free to add feedback, but this is potentially not how it will end up, if they do at all. 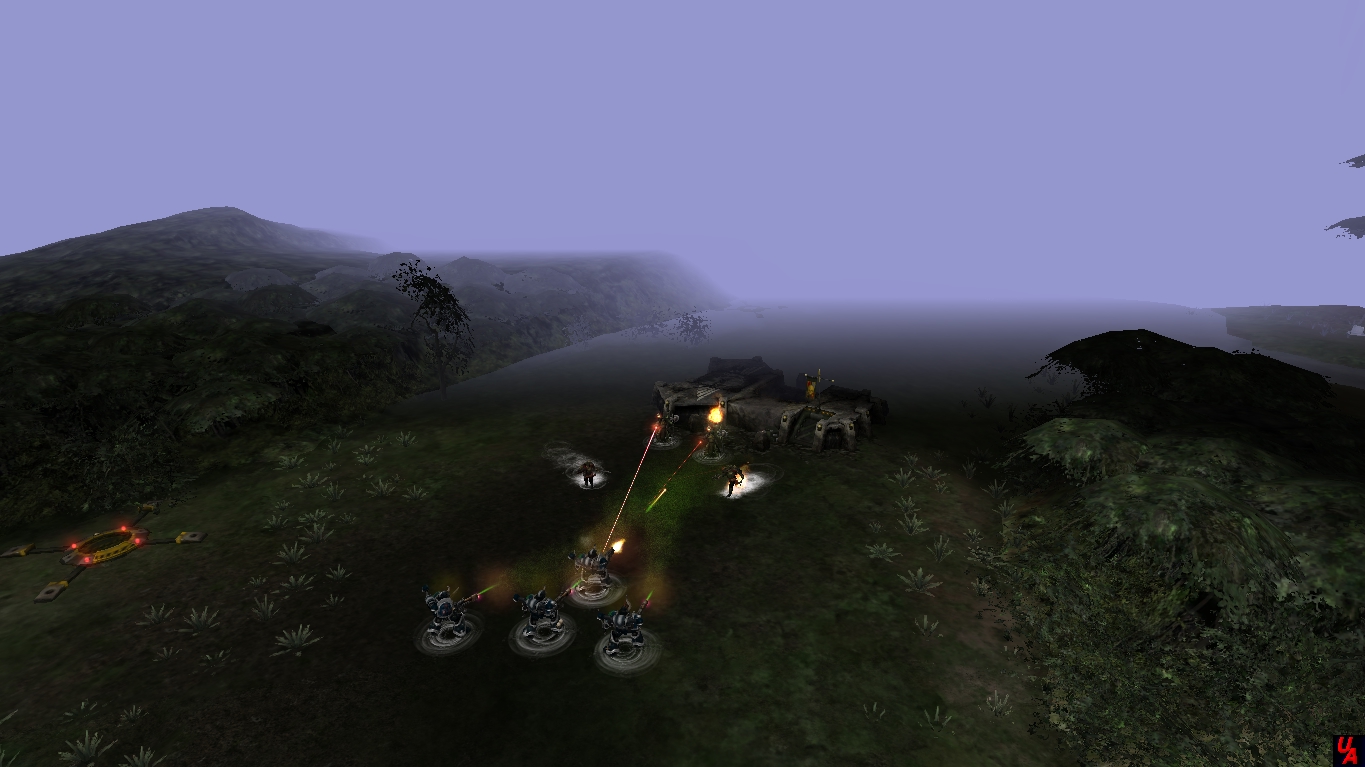 (Yes, I was testing the bile thrower in UA, because reasons involving bugsplat CTD errors and spare time)

Those sexy sons of guns are back, and complete the set. 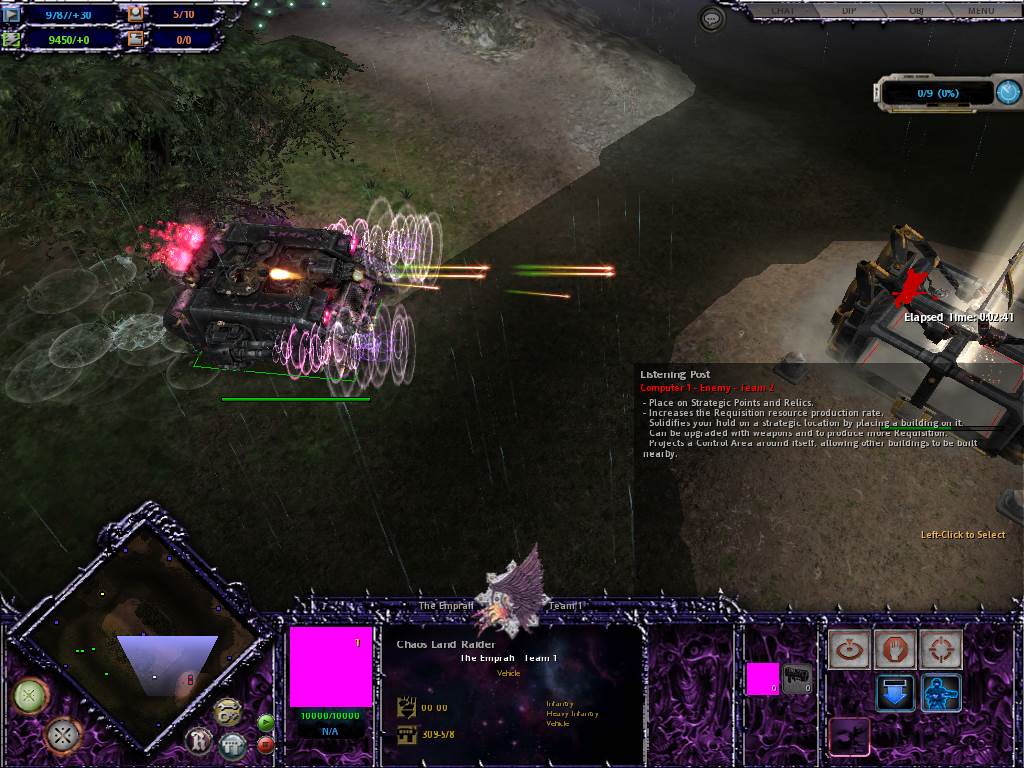 From out of nowhere this venerable mod appeared - even I had not heard of this one! Randomly it has some design similarities with my LOTD mod, although not quite as drastic. The 13th do not use vehicles, so it is an interesting and unique experience which came to us pretty much finished from the depths of the past. We are just giving it a special cuddle and updating it to make it fresh and lovely - Also, say hello to my little friend: 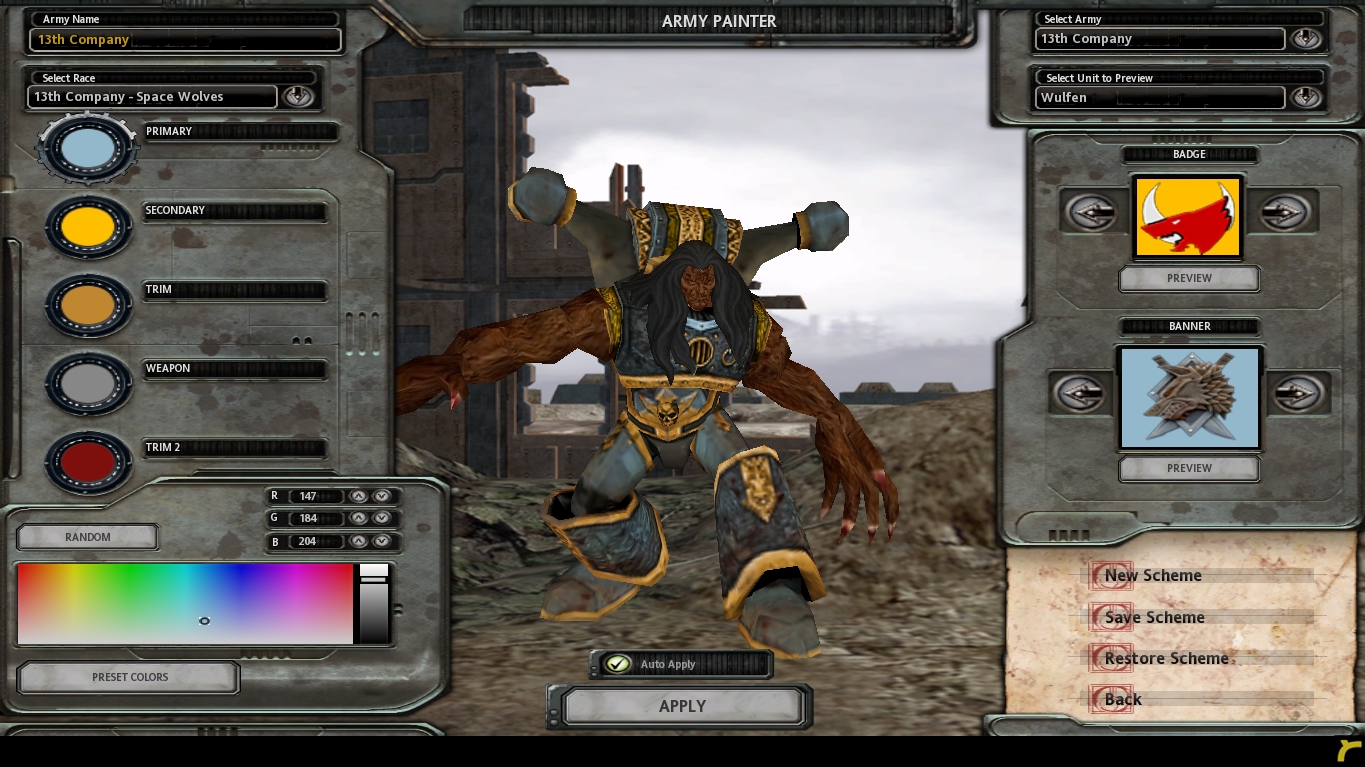 What else, what else... oh yes

This mod started and then stopped so we thought we would try and carry it over the finish line as we found a necron fan! Branching mod with several flavours of robot madness and wait... who's that Outsider standing over there? 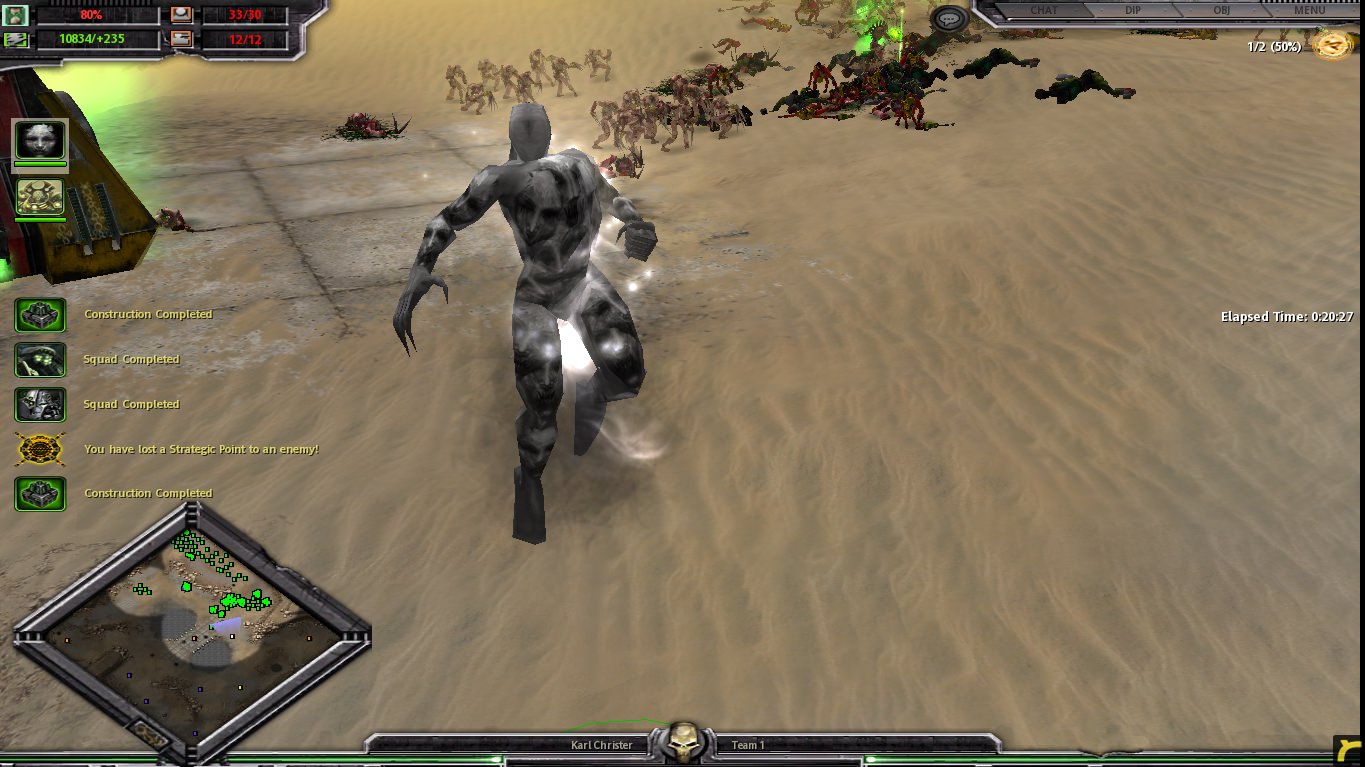 That's all for now, we will keep going to do what we can. There are a couple of 'maybe' projects on the horizon, but we are pretty much at capacity, especially as we are also assisting the Tyranid team! All volunteers or applications considered and thank you for continuing to support us. We are up to about 19 race mods released, so factor in these new ones then 23, plus 9 existing is 31.... that's a whole lot of random vs random combinations!

Aye, I'm just glad the modding scene is still around because of you guys. I have been absent from Revora for a while and will likely still be, but if new builds need to be tested, feel free to PM me!

Good to see the 13th company mod coming back :) I remember reading the RN post about the mod when it was announced. There was also a playable Iron Warriors mod, that became part of the chaos races project (Wrath of Chaos or something like that) that was working on the Death Guard mod if I remember correctly. It then slipped into obscurity.

Keep up the good work guys !!

Keep up the great work! I plan on rejoining the community as soon as possible. Just gotta get the time, etc... but once I do I'll be helping as best I can as well. Looking forward to it.

awesome news!! do you have plans to genestealer cult?

Thanks for the update, it makes me happy to see that you are still going strong. The one I am mostly excited is Renegades.

Which is now done!

Great news. :)
Personally i am really looking forward to seeing what you do with the death guard. Make papa nurgle happy!