Greetings and good tidings! This week we’ve wrapped up testing and thus, our first public demo is here!

But first, here's some of our progress over the last month or so:

The preliminary forest, down river from the Town. Of course, the full forest will encompass a lot larger area than what will be playable in the first public demo.

This scene, you’ve been dying to see, is accessed from the Town. All the graves are new props.

Notice the old ones in the background. 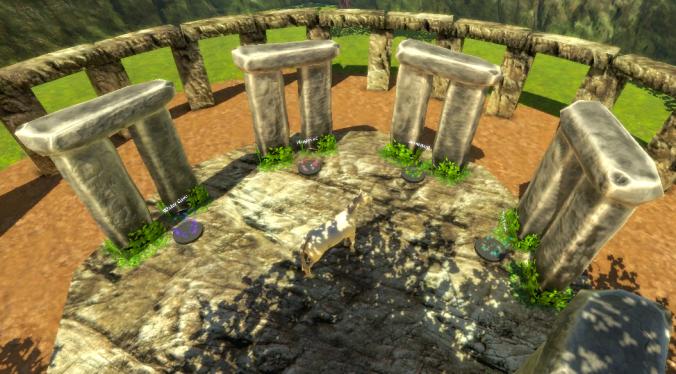 Jon, besides programming, has worked on these individually UV’d & textured (instead of cubic mapped) stone structures, with the addition of some greenery at the base.

You can download the demo here on indieDB: Indiedb.com.

Or, on itch: niemi-bros.itch.io/the-arcane-relics. On itch, you are given the option to support us, by paying whatever amount you please. We also started a discussion board on itch, where you can easily provide us with feedback. We appreciate any contributions.

We didn’t get all the issues/bugs fixed that we wanted to, but, for the most part, we got the critical ones.

Now, with this release, we’re going to take a short break from daily development, a sort of limited vacation.