With the Amphibious Warfare update released today, we're going to begin to seriously work on new features and content that we haven't yet talked about. We're also going to be taking a close look at the many issues you guys have raised over the last few weeks. We know there are some bugs and exploits that have been deeply affecting the game for many of you. It's our top priority to get these fixed.

I also wanted to say thanks to everyone who contributed to our feedback thread on r/foxholegame. It's been very helpful in surfacing the most critical issues in the game at the moment.

We've been waiting a long time to pull the trigger on this one, but we're finally adding Tank Traps as a buildable structure.

Gameplay wise, they will act much like "Barbed Wire for vehicles". They will be used to deny vehicle access to an area. Much like Barbed Wire, they will be extremely difficult to take out with conventional weapons and will only be removable quickly with a wrench. 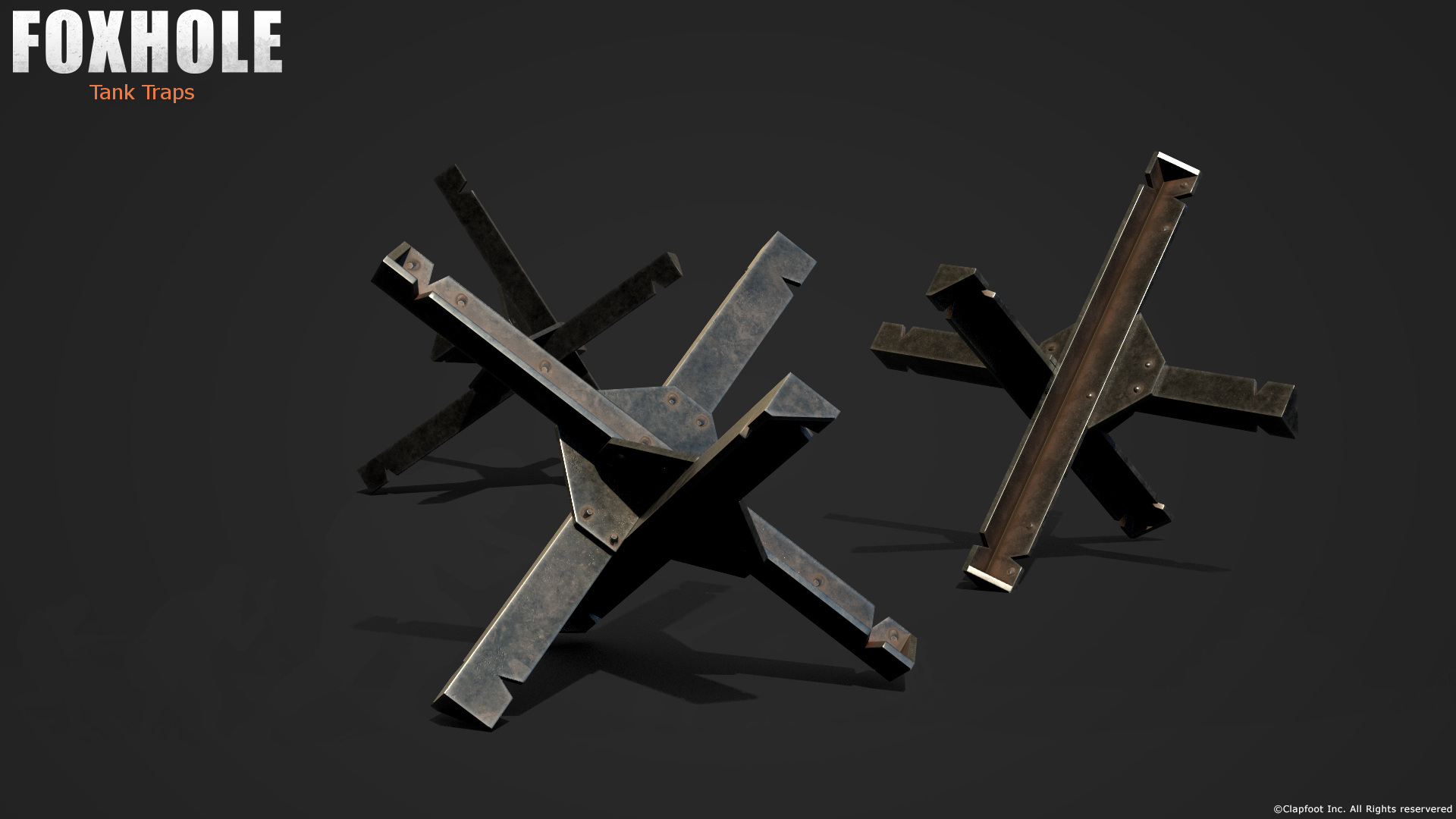 The Barge disembarking from the Shipyard 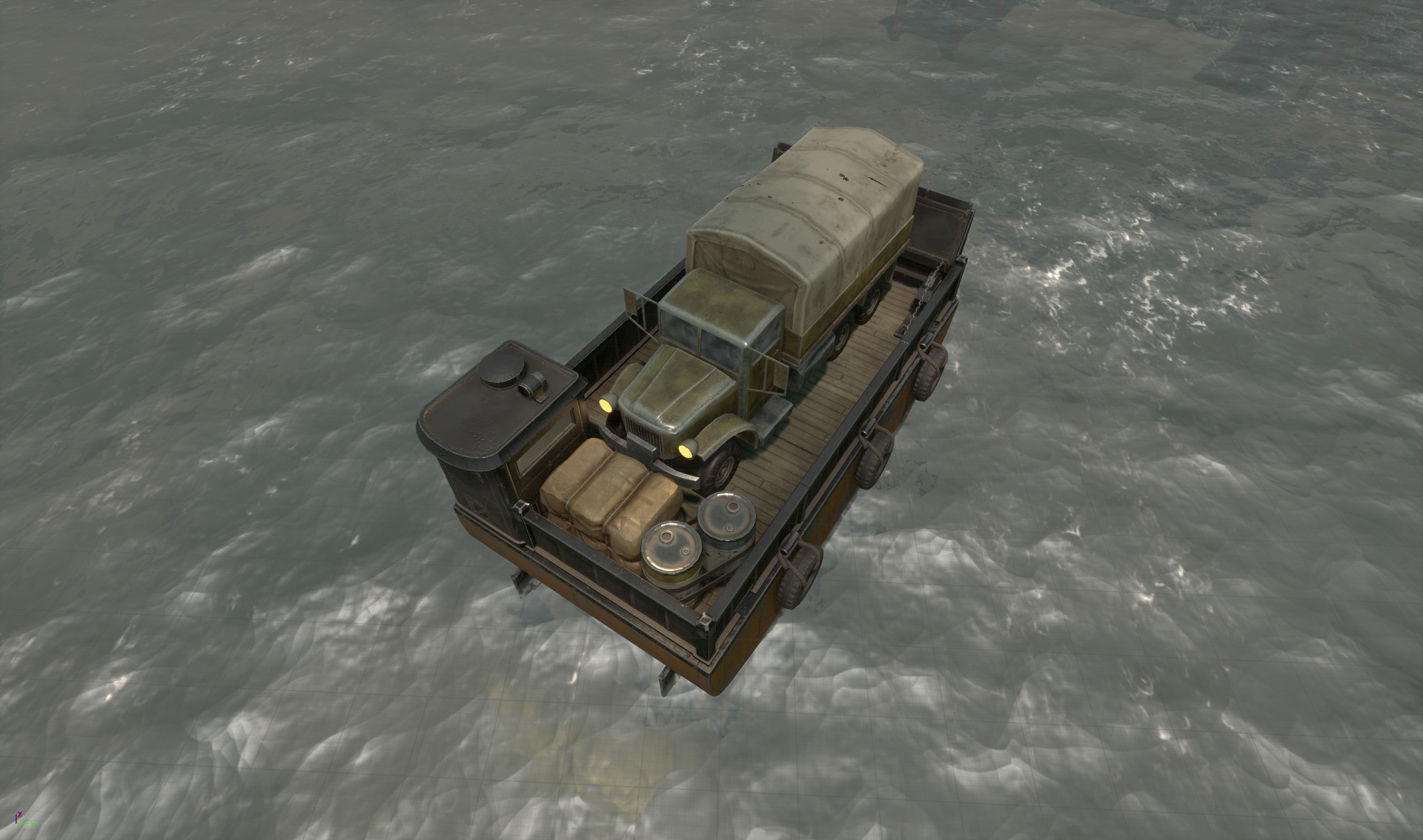 The Barge transporting a Truck at sea 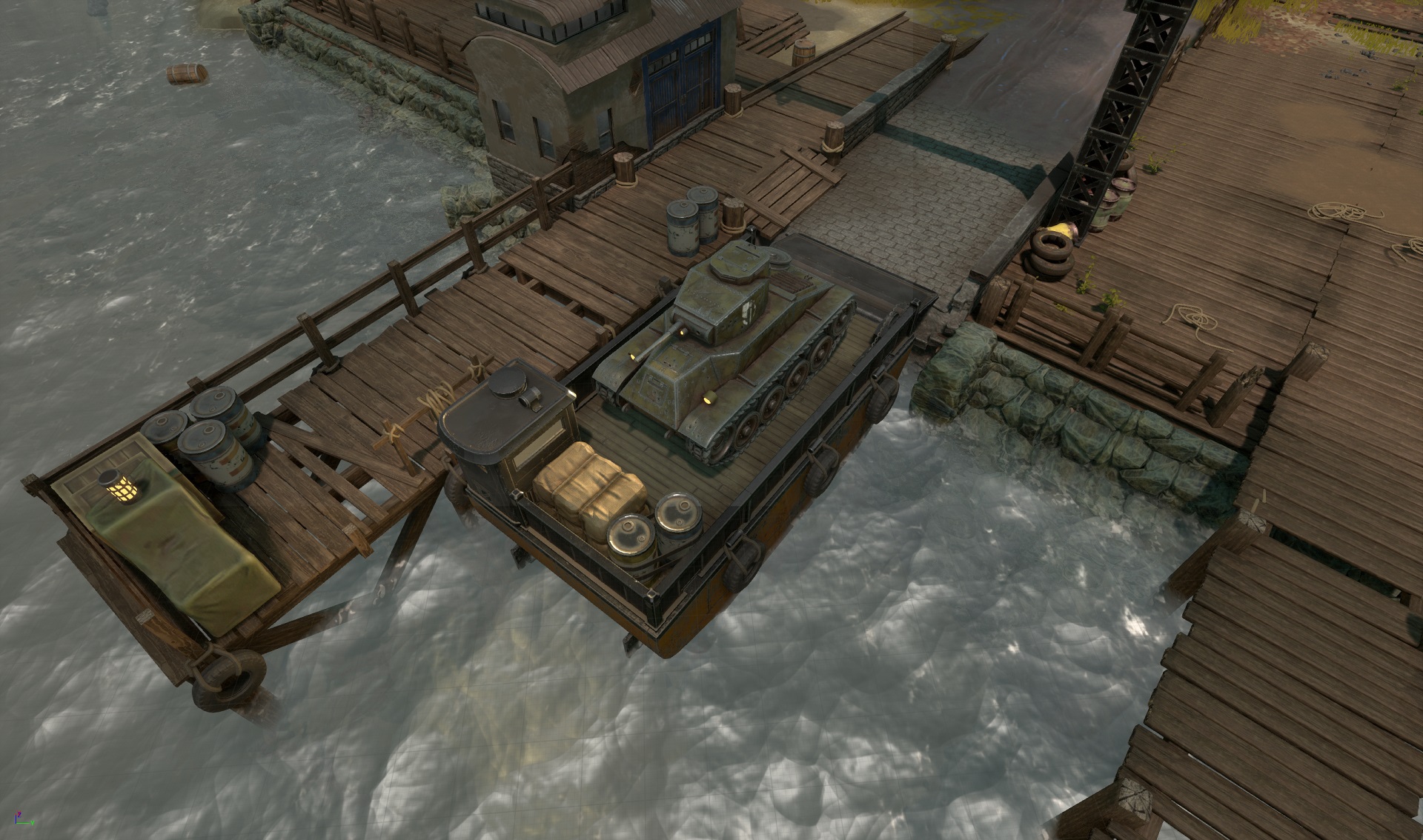 The Barge docked at the Shipyard

We've been chipping away at faction specific vehicle designs over the last few weeks.

Here is the progress we've made on the Colonial Half-Track. 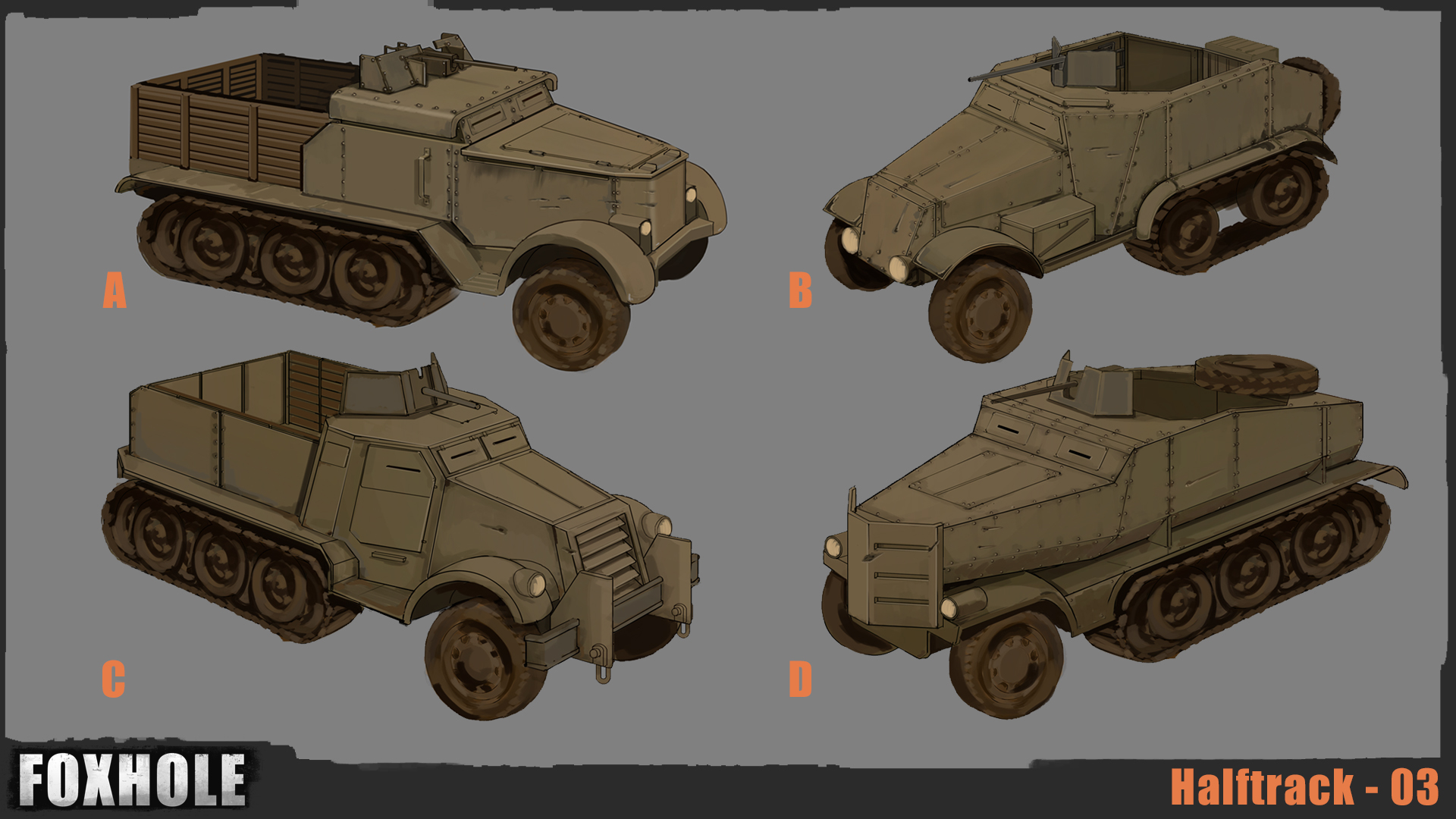 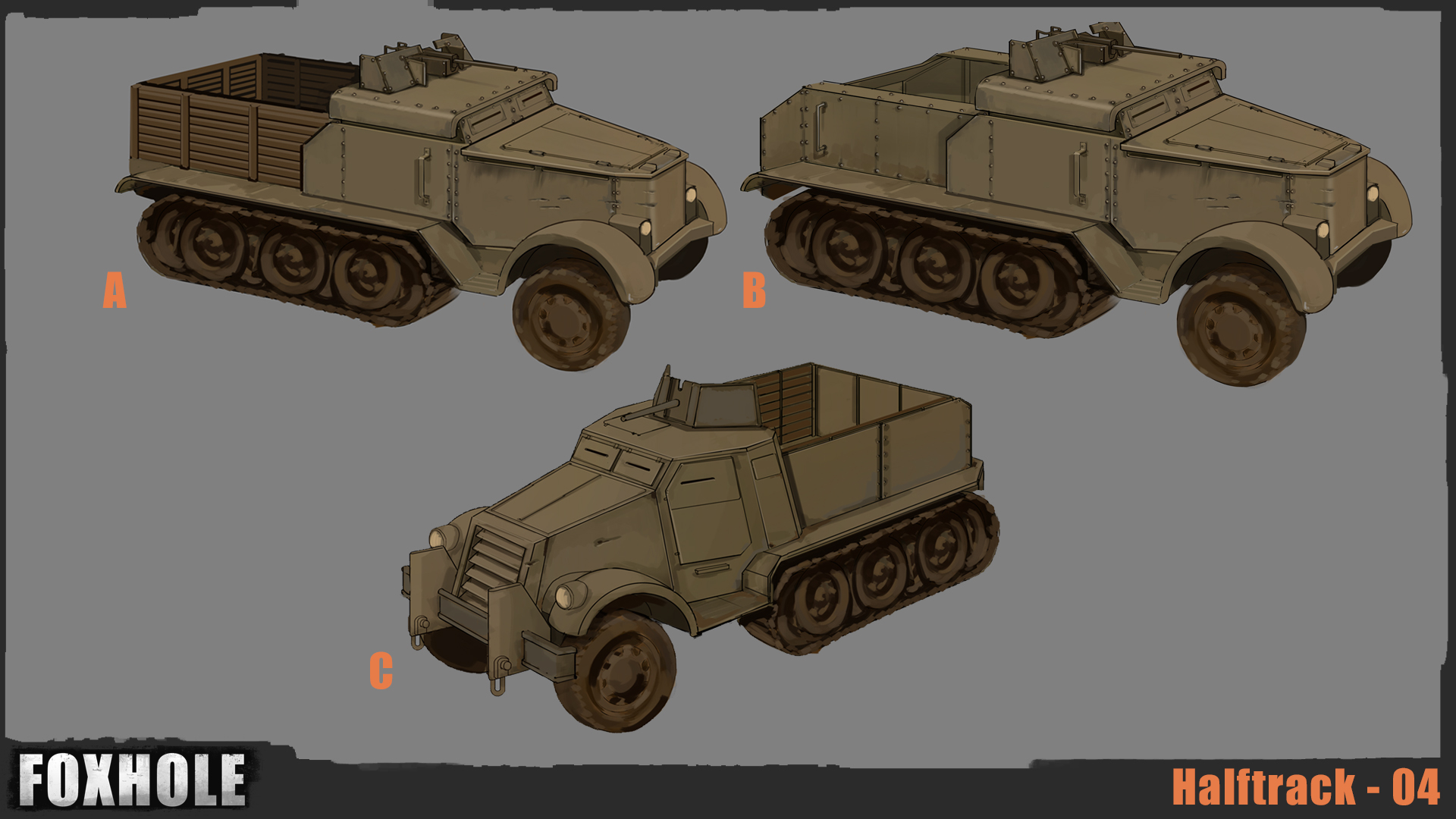 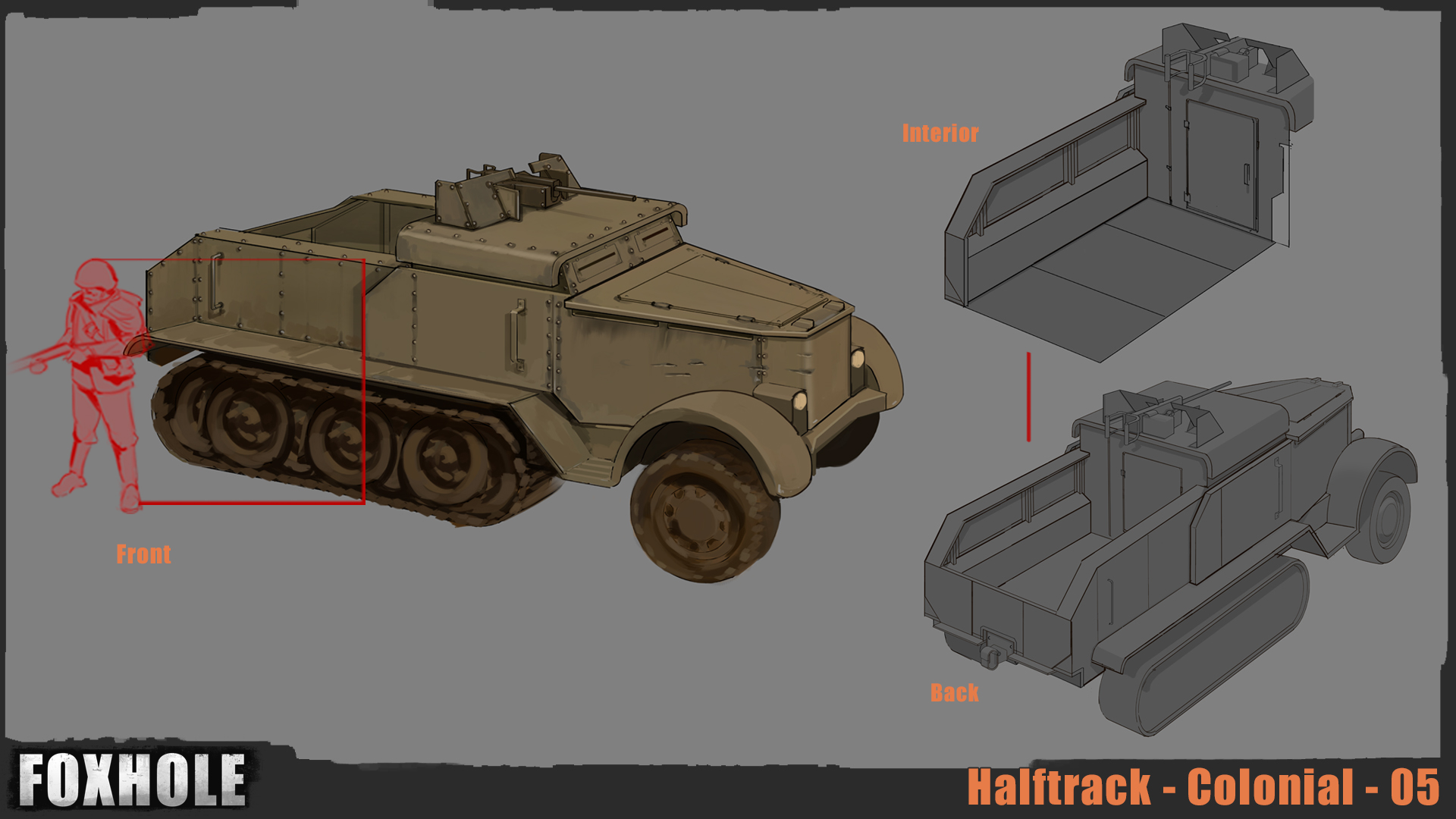 We will also be doing a Warden specific version of the Landing APC. Here is the concept work done for it thus far. 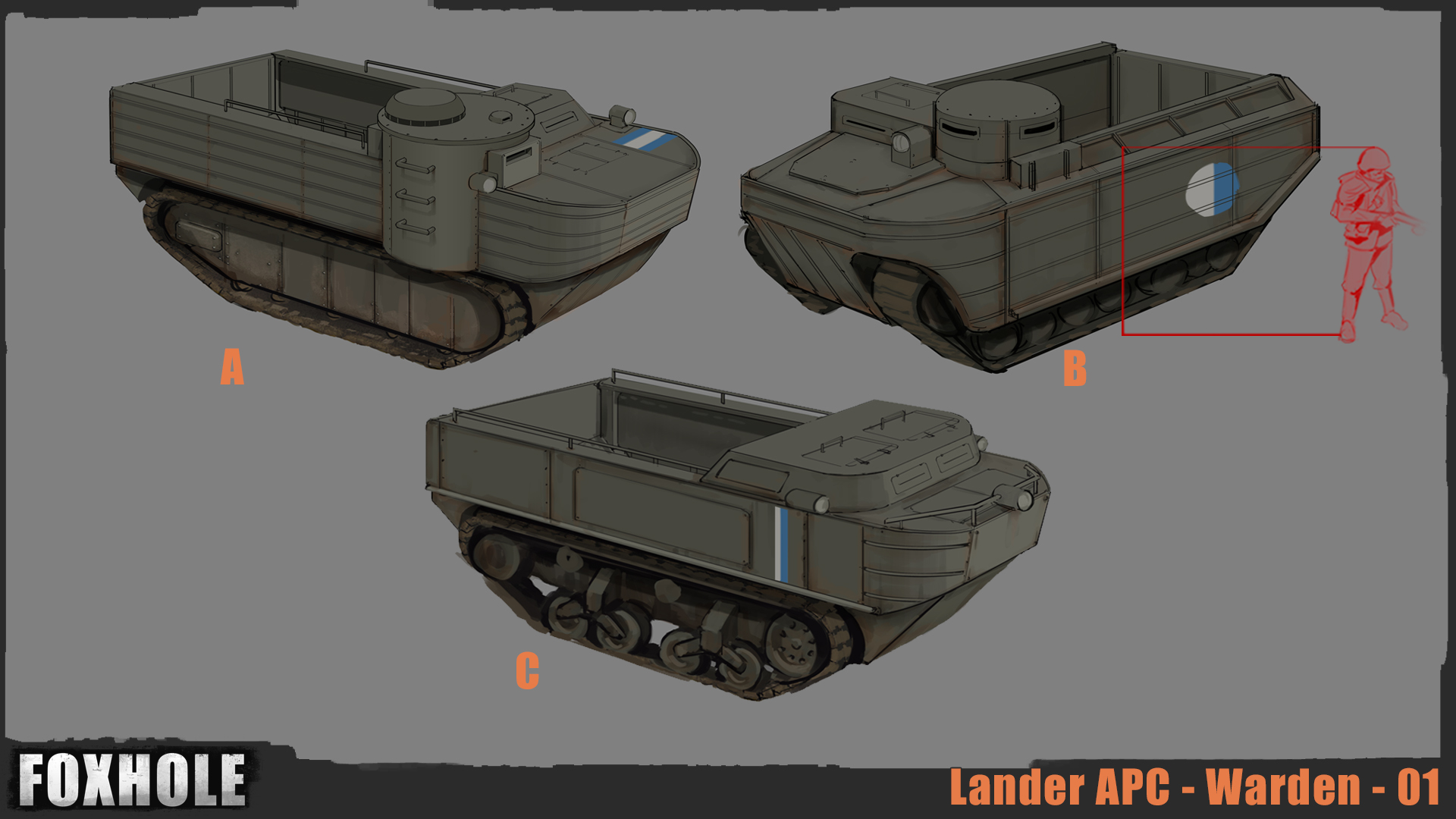 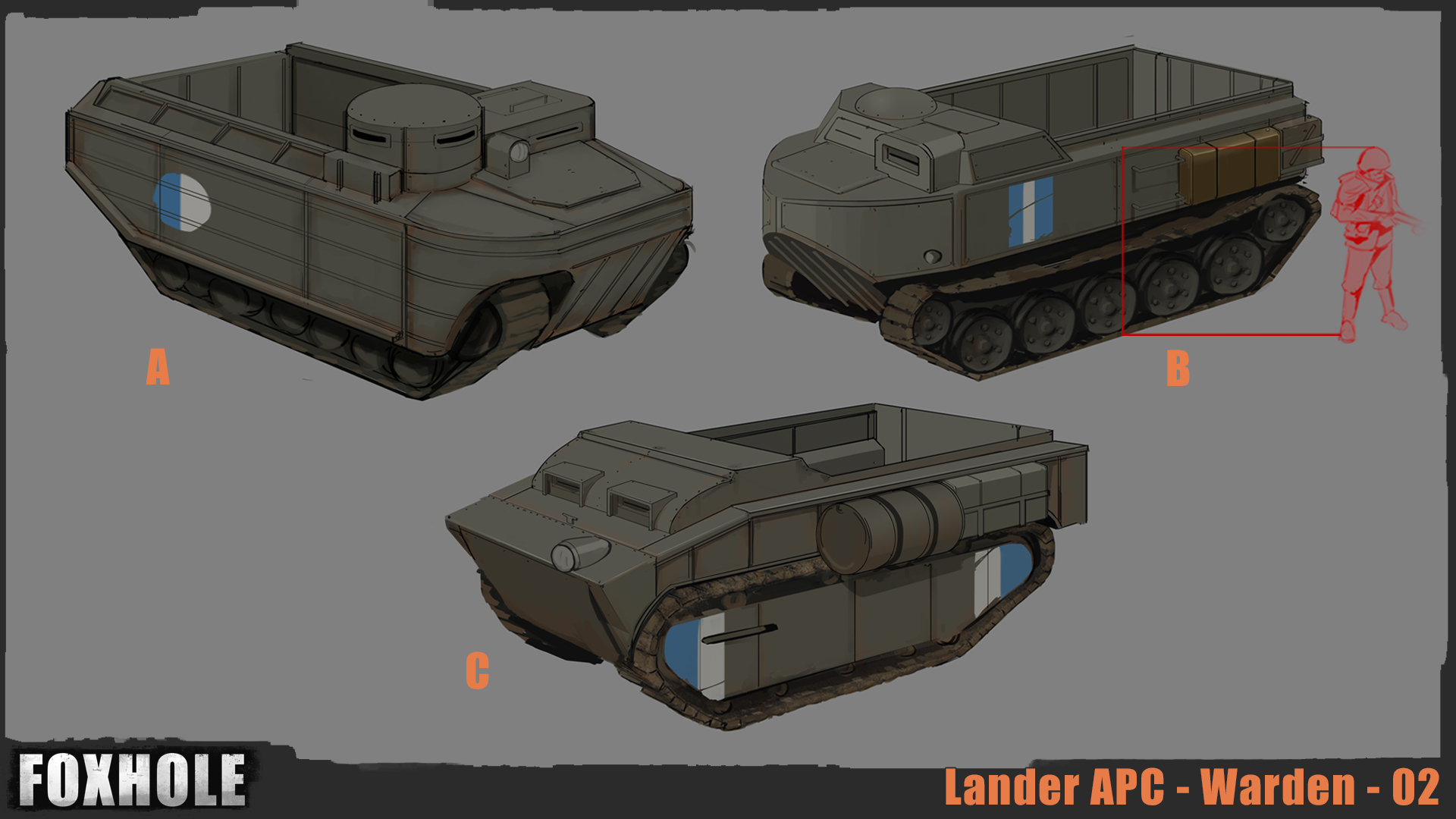 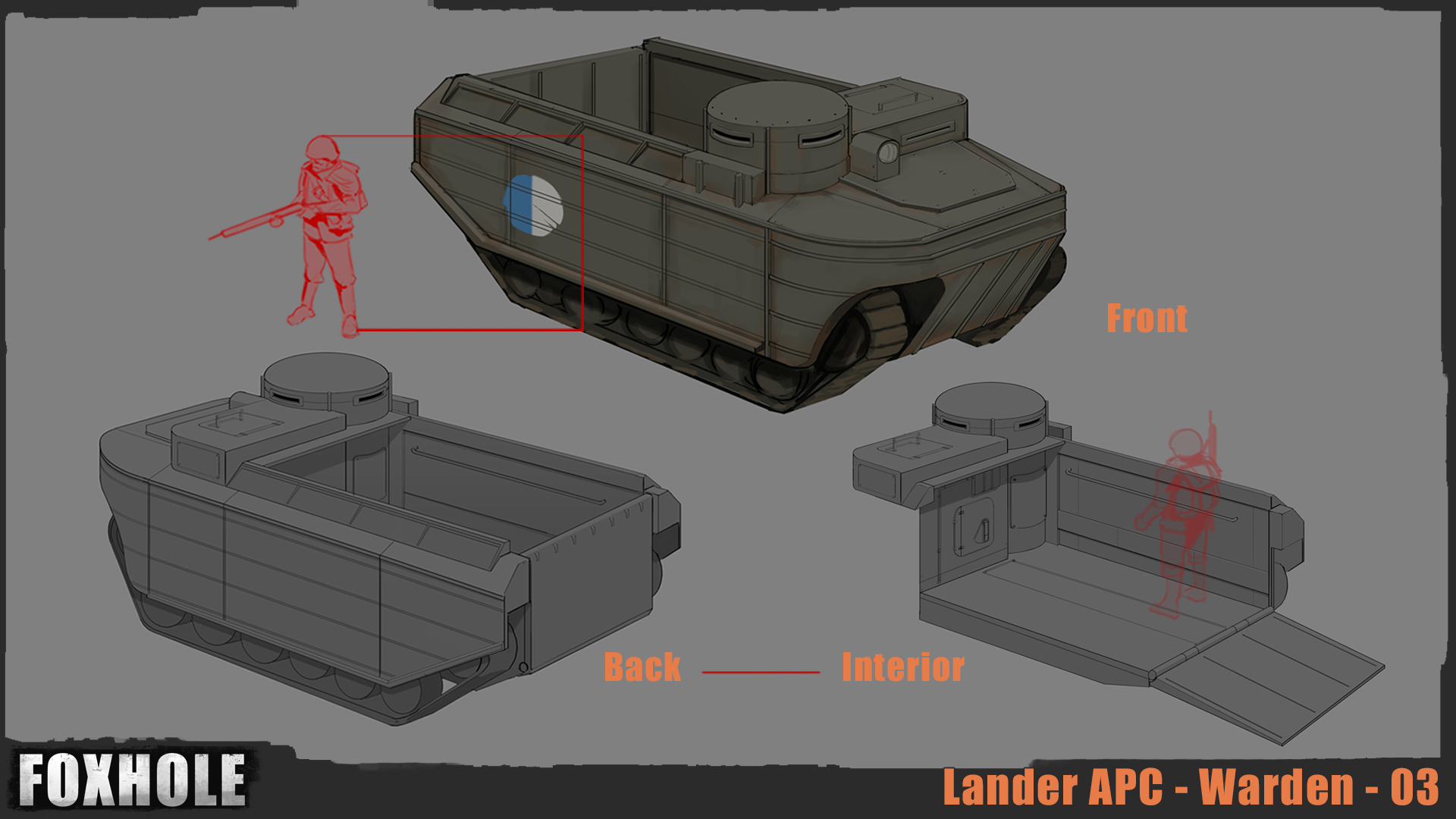 This isn't much of an exciting feature, but we're working on retiring our current server queue system and replacing it with a new implementation developed from the ground up. The current queue system has a lot of issues such as not properly removing players that have left the queue, inflated wait times, and players getting dropped from the queue on rare occasion. The new queuing system will avoid all of these pitfalls and will also support things like faction specific queues. While it's far from a flashy feature, I personally can't wait for this one to arrive.