Today Casey discusses features to consider when choosing the legs and pilot for your jump tanks! 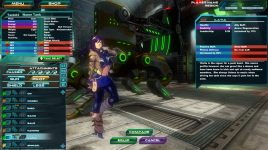 Each tank needs a pilot, and there is a wide variety of diverse pilots to choose from. Each pilot has a unique backstory and special abilities to make them competitive. Pilots provide HP to your tank, which is all that's left once your armor has been depleted. Along with HP, pilots have "passive", "ally" and "rival" abilities.

The passive ability is a stat bonus that is always active for the pilot and examples include defense bonuses, increased energy regeneration or giving the tank an extra jump, enabling it to perform a double, or even triple, jump.

The ally ability is a stat bonus that is given to your ally when they're fighting within your “Ally Ring”. The “Ally Ring” is a radius around your ally that, once you're inside, will give you the ally buff from their pilot. The rival ability is essentially a debuff that only applies to the player that is matched to another as their rival. Allies and rivals are assigned randomly at the start of each match. 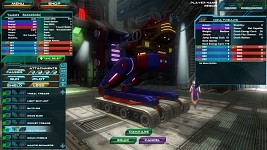 The Legs you choose have a wide range of affects to include elemental resistance, boost speed, number of jumps, crush attack damage and weight stats. Some Legs allow the player to hover for short periods of time, making crush attacks, mid-air sniping and saving yourself from falling into pits a bit easier. We are also considering a stability stat that would help keep the player from getting knocked around when getting hit.

We would love to hear from you, so please leave comments and suggestions below! We look forward to sharing a more in-depth look at the tank parts and Jump Tanks’ features in future news updates. Please consider subscribing to get notified whenever we drop more updates!