General updates to the gameplay affecting the app and physical card game.

Posted by StephenGibson on Oct 9th, 2014

Alright, so lets go over each bullet.

My design philsophy with Grimslingers is that you ALWAYS have a chance to turn the duel around and come out on top. Well, there were times when you only had 1 hp and 0 energy. Which meant you could do absolutely nothing but wait to die next turn. Not cool!

Hence the "Take Cover!" ability being added. Here's what it does:

"Try and find some cover. +2 energy, foe’s element spells will do no damage or red banner effects if you succeed. If you fail, you will not be allowed to use any spells this turn. Draw a number card, 3 or 4 is a success."

So, if you happen to be at 1 hp and 0 energy, you could try and find cover. Your chances are slim, but you DO have a chance!

"Create Distraction" wasn't put into the game to solve any problems but rather to add to your options. You'll only ever be using 1 spell per turn, so this ability lets you get some decent use out of your unused spells.

Here's how it looks:

"Use any active element spell to create a distraction. Deduct energy costs and deactivate it. Foe will take double damage this turn if successful. Draw a number card, 5 is a success."

If both players successfully distract each other, the effect is nullified for both. Creating a distraction doesn't guarantee you anything, but it COULD be awesome if you manage to hit them with a spell. Personally, I'd try and distract, then if successful I'd surge, cast Foresight, pop in lightning. That'd do 8 damage, potentially 18 if I apexed in a face-off and my opponent busted. Single turn win. Now....the chances of that going perfectly aren't great, but they are there!

The skills are located on the back of your character card. You can only use one or the other, so you'll flip the card over and state which one you are attempting to use. 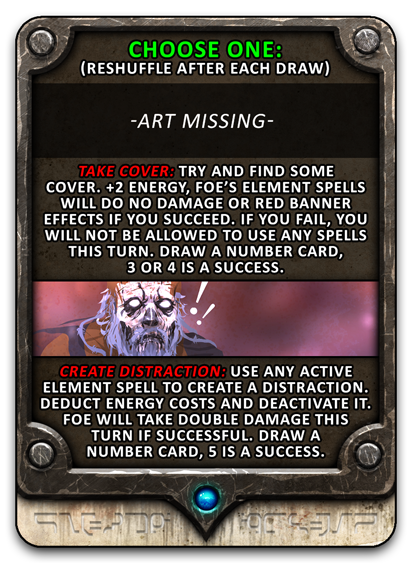 If you aren't familiar with the game's mechanics, blue banner effects are guaranteed to happen, red banner effects only happen if you successfully hit for foe.

I switched water to red because healing in a game that is meant to be quick slows it down, especially if said healing is guaranteed (which it was if you used water). Water is still very effective when you do get healed, because you can convert that health back into energy after.

It also made Earth a more practical defense (instead of water) because it's "-2 damage from foe's attack" is guaranteed to happen. So...if you need some defense and energy, try and use water. If you really need to avoid damage, use Earth.

Fire's effect use to discard any spell at random. Now it will only discard element spells. The reason behind this relates to reckoning scores, which requires a longer explanation than anyone would want :P.

Lots of testing in the app version of Grimslingers has helped me fine tune the scoring system for the physical card game. Admitedly, this is probably going to require more adjustments. It works good as is, but until we get players really testing it out and providing feedback, it's as good as it's gonna get. 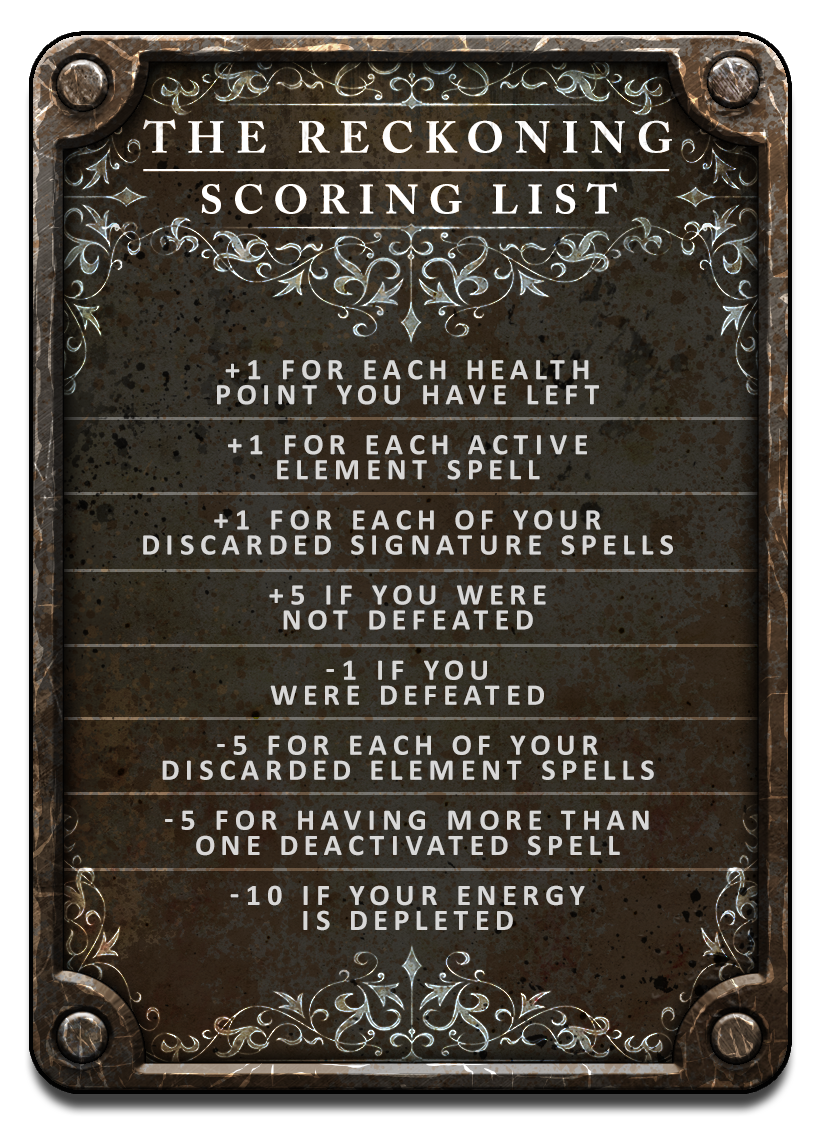 Elements are not deactivated after each use (deactivations only last one turn). This was implemented to prevent players from spamming a particular element over and over. Spamming didn't break the game at all, it was just annoying. This way, players are forced to try different spells from turn to turn.

I've removed the solo effects of each element. So now, if the element's synergy is broken, the element will no longer have any special effects. For instance, water will give you +2 HP if your ice is active. But if your ice ISN'T active, your water will no longer have that special effect. This has had a huge a meaningful impact on the strategy of the game. 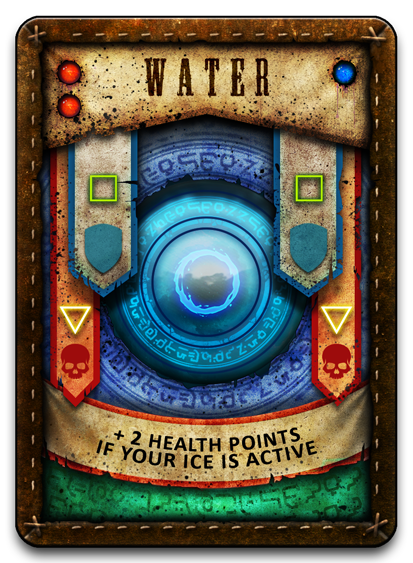 That's all for now folks.