I see you're boiling under the impatience, you just can't handle too much hype and you're at your limit. But don't worry, for Christmas you will have the huge chance to test Taco Run becauuse it will be released as an early preview. It will allow you to test the game and, more than that, it will allow me to correct some bugs ( like the shitty physics ) based on your opinion :). So don't miss that deal :D

As the development of the game is slowly avancing forward, I was thinking to myself: " As I just finished the first level of each game mode, shouldn't I release a preview of the game ? "

And as I kept thinking, I thought: " Why wouldn't I release it on Christmas ? It would be fun !! "

So that's why I have the extreme pleasure to announce you that TacoRun will be available for download as a preview ( call it Alpha, Beta, Early access or what you want ;) ) the 24th of December in the morning ( gotta go see the family the 24th evening and the 25th morning :p )

The features actually available are:

I will still continue the development of the game, by adding more levels in more environments ( desert, snow, castle... )

Here are some pictures 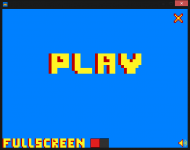 The actual menu, with some settings 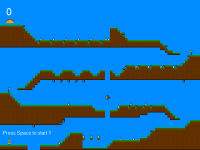 The first Dungeon level, which is actually pretty hard 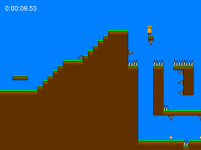 A small part of the first Race level, which can be finished in nearby one minute 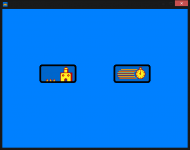 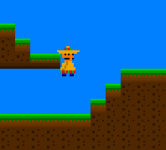