Swipey Rogue blends autorunning swipe action with top down dungeon crawling to create an impulse friendly action RPG experience. In Adventure Mode there are 4 worlds and 200 rooms total (more with updates). Each room has 3 challenges in addition to tracked best time and best score. Today's update shares a gameplay video and screenshots showing development of the room exit stats & accomplishments UI screens as well as explaining how scoring works. 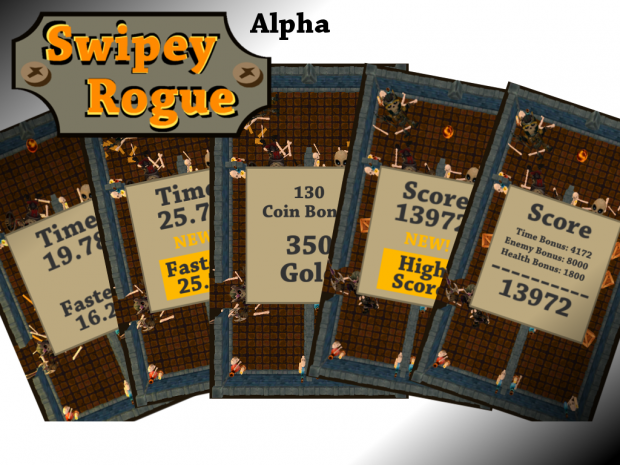 In this video I quickly play through a level to get to the end and show you the success screen flow (that I'm calling the "accomplishment parade"). It's the display of all your stats and new accomplishments as you exit the room. All the art is still temporary, functionality and timing are complete, sounds are ~60% complete.

Still all placeholder, temporary 2D art. Here's a quick run of screenshots showing the flow of stats and achievements while exiting a room. 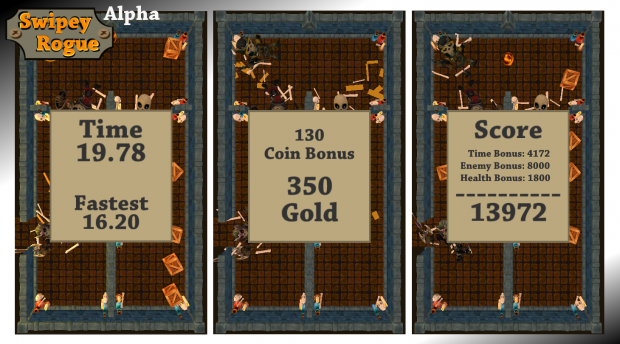 Time and score are always displayed, gold is only displayed if you collect any.

I feel this is a fair evaluation of a player's mastery of a room and encourages experimentation to achieve the highest score possible. 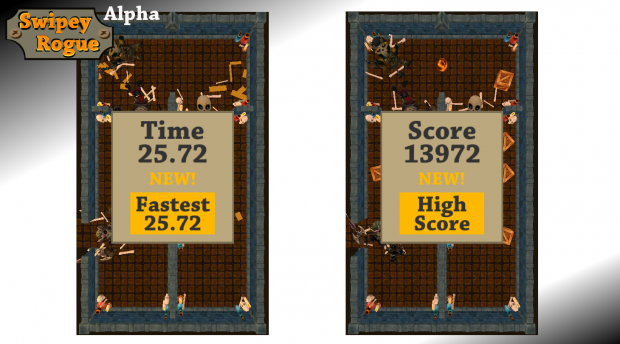 If either your time or score beats your recorded value for that room, there is an extra moment to acknowledge a new accomplishment. 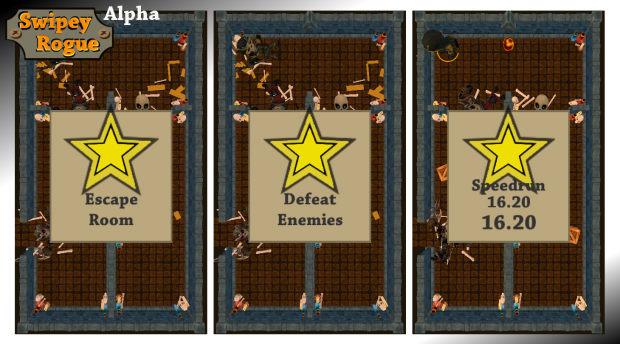 Any time you complete a challenge for the first time in a room, it is also acknowledged on the exit flow before arriving back at the room summary. In the next update I'll explain how you use your collected challenge tokens to unlock new areas of the mine.

Thanks for dropping by and seeing how things are going. I finished a major chunk of work last night to create the branching paths to the room progression. The world is now divided into 4 areas, each with their own progression path. I'll post a new update soon to outline how that work was done and all the systems it impacted. Work on the next worlds ( areas of the mine) is beginning now! Ice world, Metal world, and Magic world.