Swipey Rogue is an action, puzzler, dungeon-crawler. It will release first on handheld devices with swipe controls, followed by desktop and web versions with keyboard and gamepad controls. My goal was to create a free game with lots of designed content in addition to procedural content. The game is getting ready to wrap up soon. This week's update reviews progress and shows the custom tool I created to build challenge puzzles with. 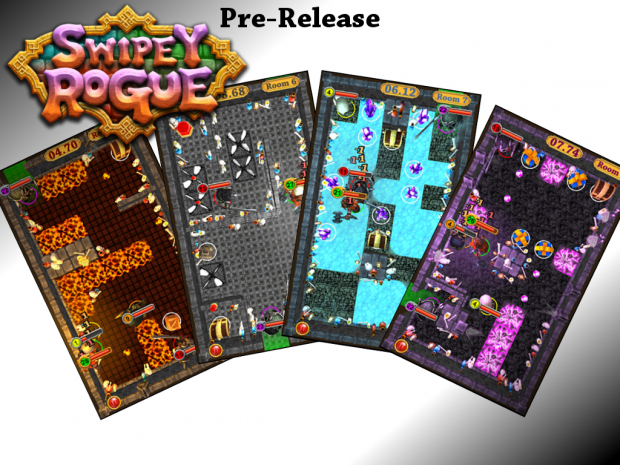 I'm getting very close to finishing up Swipey Rogue. It is exciting to be near the end of the project. This past week I have mostly focused my time on remaining content. I have finished the last of the Challenge Saga rooms. There are now 200 Challenge rooms (50 in each of the areas). All 3 challenges are tested and tuned for each room. It is amazing to see all that content completed. It was part of my goal with Swipey Rogue to create a free game that is also loaded with designed content to stand out from other procedural score chasers. Here's a quick recap of what I've been up to.

There is a Chain Damage perk in Free Running mode that randomly applies damage to other enemies while you're engaging one (frequency and amount based on your perk strength). It needed to communicate more that you're applying damage to everyone so I made a lightning effect and paired it with a new zap sound. It's much more satisfying now! 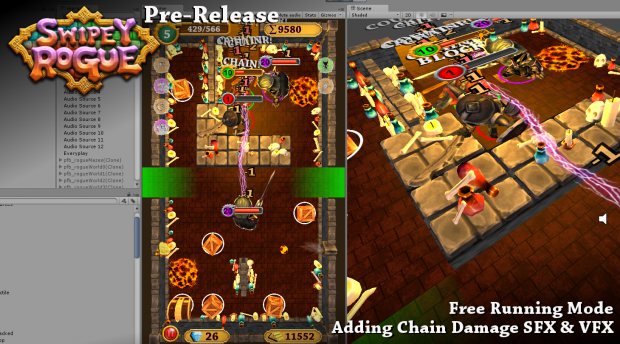 This is the tool I created to speed up the process of designing Challenge Rooms. It has enabled me to create the 200 rooms in Challenge Saga mode. Without it, there's no way I could have done this. It was well worth the minimal effort to create and maintain it. It was important to me that Swipey Rogue shipped with a big chunk of designed content. Enough that it would make anyone say: that's a lot! As a free game, this is more of a demo of what I do than a money making venture. It's my first totally solo project so it needed to have some punch. 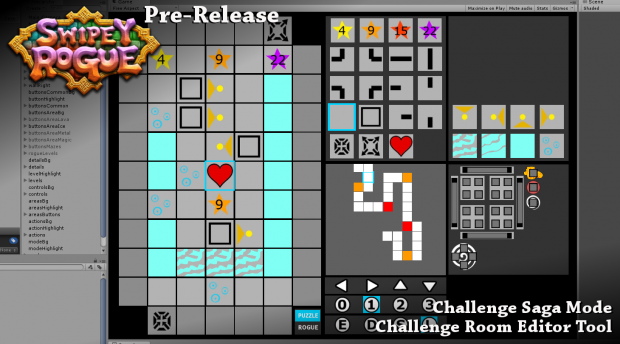 I usually don't like making tools when I'm working in a larger group. However, if I'm just making tools for myself I find the process very efficient. When it comes to using my own tools, I find I'm very flexible with accepting how the tool works and just using it. When making tools for others, too much time is spent finagling the usability and adding unnecessary features (even just talking about the usability and features takes too much time). It's like, as soon as I realize I could have already done the job with the tool myself in the same time it took to make the extra features to allow someone else to do it, I'm just done. It's partially why I went indie. I'm very over wasting time like that. 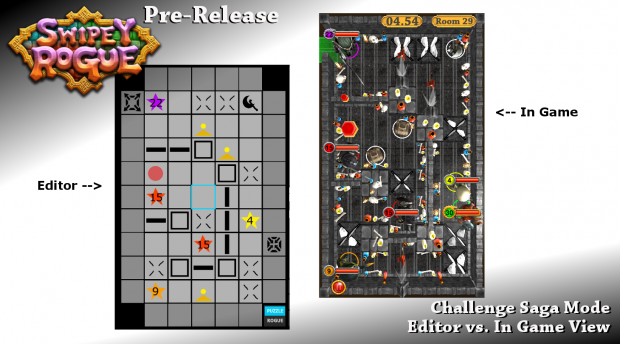 The editor also allows me to specify tile details like randomized prop placement and where random loot pickups are allowed to spawn.

While I was designing the final challenge rooms, I decided to hide a super difficult room in each area. As a reward, the room contains a non-random gem pickup (if you can get to it!). It also has it's own leaderboard (score), and an achievement for completing all 3 challenges. 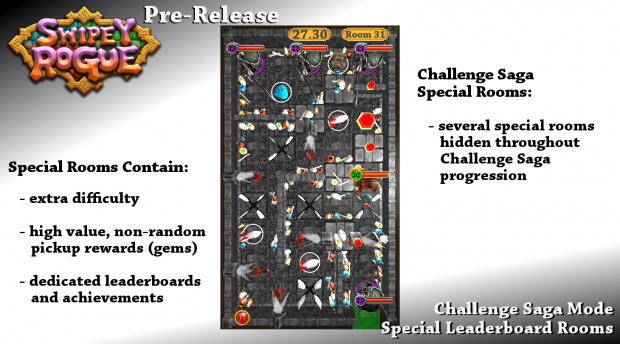 I wanted something in there for the hardcore player that might get into the game and want some extra challenge.

Hardware issues have delayed the contract artist's progress with the Perk icons. We have a final design though. I love the look. Perk icons are used extensively in the Free Running mode UI so I can't wait to see them finished. Placeholders are in place everywhere in the game. When the new art arrives, it should be a quick swap out. 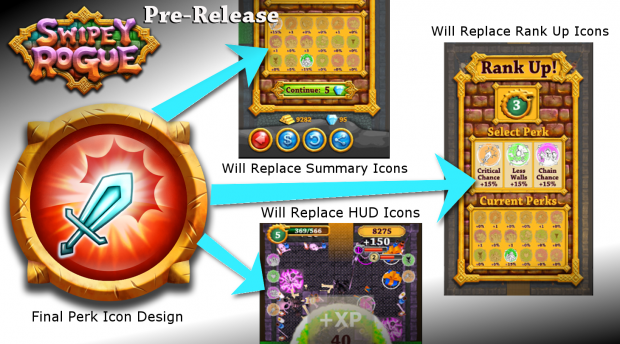 Thanks for checking out this week's update. I'm doing some final fixes and polishes on the game this week and planning to submit to the App Store on Friday. I'll keep you posted!