Swipey Rogue is an arcade mashup of Swipe-Action, Auto-Running VS. Dungeon-Crawling, Room-Puzzling. It's my take on where simple, one-touch, mobile games might evolve to next. I wanted to try to put the "Diablo into Flappy Bird" and give more depth to free mobile games while sneaking core gameplay and systems into an otherwise stale "score-chaser" genre. This week's update focuses on the polish that has gone into completing Swipey Rogue's Free Running mode.

Posted by GrindCrushLLC on Jul 5th, 2015 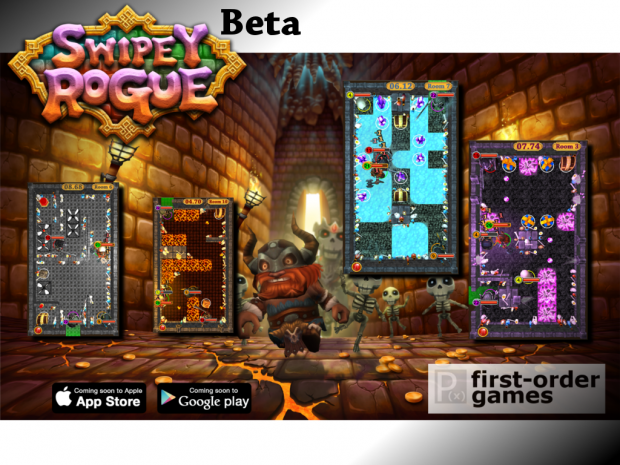 As things are finally winding down, I'm getting to the polish and the stack of little tasks that remain. This is a tricky time for any project. It's easy to get buried in a mountain of little tasks and lose sight of your end goal. I'm trying to keep track of everything, complete it, and not get stuck in this phase forever! 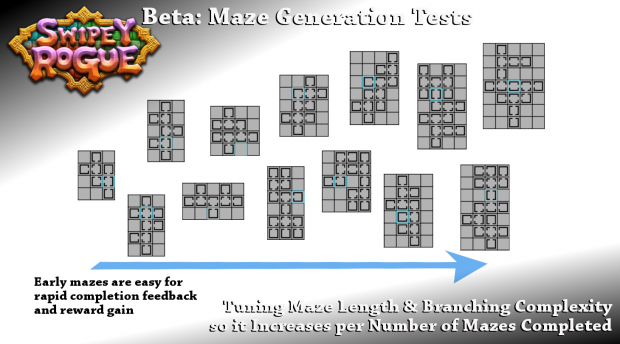 Mazes (calling them caverns) in Swipey Rogue's Free Running mode are procedurally generated based on starting templates and rules systems. I adjusted the way mazes are generated so there is a rising level of branching complexity and length.

Free Running is meant to try to give that hack and slash, dungeon crawling experience in a short, but intense burst of a game session. Everything starts simple and gets hard fast

Free running mode needed a scoring system so there could be leaderboards. The process was broken down into 3 phases. 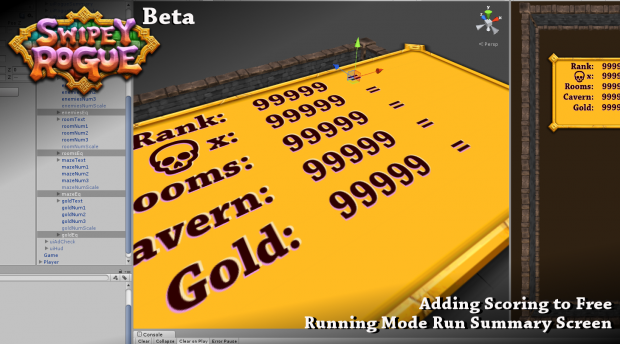 A scoring mechanism is now in place for Free Running mode. First step was to decide what gives you points. I chose to parallel XP gains. So anything that gives you XP also gives you points to your score. In addition, I looked at all the stats I was tracking and assigned points to those also. I was able to cleanly integrate score display to the pause and run summary screens by using the existing stats as your score basis.

Here's what you get points for:
- killing enemies (different value depending on enemy difficulty)
- entering new rooms
- getting to the end of a maze
- ranking up
- collecting gold 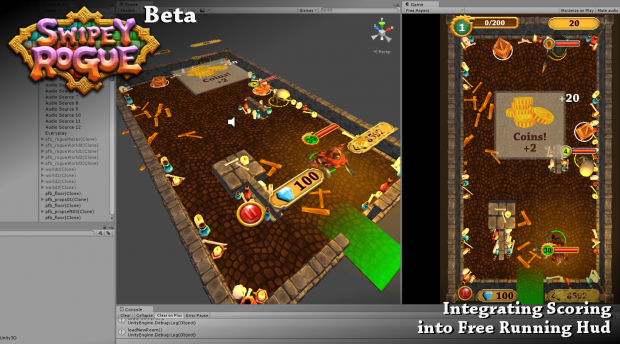 I then needed score to be displayed on the HUD. My experience is that score systems are not compelling unless it's in your face. You have to want to get a good score and if you're not paying attention to it, then you won't really try. In Tony Hawk, we always made sure that "combo string" was prominently displayed right in the middle of the screen. Part of the excitement of getting big combos was watching that string get longer and longer. Also, in Call of Duty multiplayer, XP gains and rank up were always really in your face to get you excited about it.

Anyway, I moved the gold display to the bottom right and put the new score display up at the top right. Each time you do something that gives you score, the score number pops up on the hud at your location and flies up to the score at the top right and it pulses. 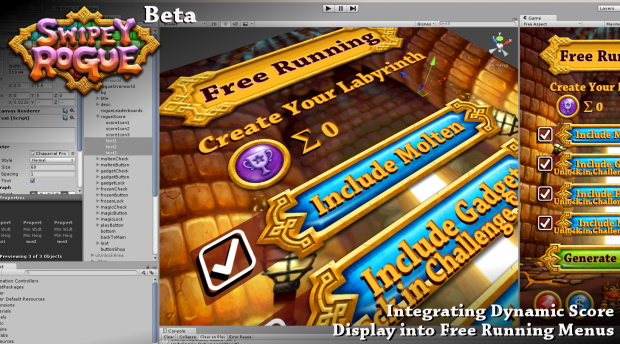 Then, score also needed to be displayed on the Free Running intro menu where you select the areas to include in your generated maze.

Since playing Free Running allows you to choose any combination of the 4 world areas, which adds up to a total of 15 different combinations, then I needed to have a leaderboard and saved high score for each of those 15 combinations. SO, there are 15 new leaderboards now! And the game saves 15 different high scores. The area select screen now dynamically displays the appropriate high score for you based on which areas you have selected. The leaderboard button also dynamically takes you to the appropriate leaderboard based on which areas you have selected.

It was a lot of work, but as a player, that's what I want. So I think it was worth the work.

Thanks again for dropping by to check on Swipey Rogue development. This game has taken longer than I originally planed but much of the delay has come from me wanting to make the game better than I originally planned. Much of that motivation has come from sharing my progress here and elsewhere online, and seeing people's reactions. I got a lot of great feedback and it has helped me so much. I want to thank everyone who has participated in my posts and also in testing. You're the best!!