Swipey Rogue is an arcade mashup of quick action controls and rogue-like elements. Imagine if Pac-Man and Diablo went out on a date... Er, well you know what I mean. The game features an Adventure Mode that takes you through 200 hand crafted rooms in 4 unique world areas. Gauntlet Mode is a more traditional take on what you'd expect from a game with the word "rogue" in the name. Development work has been moving along strong and this update shares continued UI overhaul and the new shop menu! 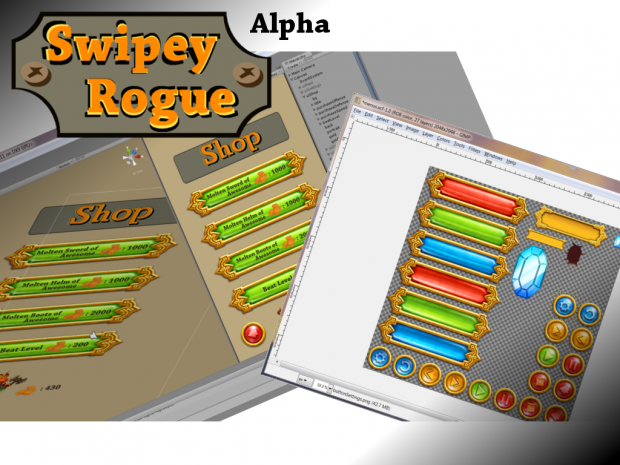 I'm back! I was out of the country for a little while but I was able to continue development. Regardless, I'm glad I'm home so I can really get work done. Lots of little work going into the game lately. It's the details that take the most time. I'm still working hard with Anthony Coito to replace all the 2D art. He's been making some great work and I'm putting it into the game as fast as he gives it to me. Also, I've completed the in-game shop where you spend your collected gold on unique buff items per world area.

Many testers have been asking me: "What's gold for?" Well now I can reveal the shop! It's very basic looking right now but all the functionality is in.

You can also spend gold to pass any level that you can't beat so you never get stuck. Prices will be fair but will require some work in the game to save up. NO REAL MONEY PURCHASES! All shop purchases are done with in game gold. There will be no continuous payment IAP structures in this game BECAUSE THEY SUCK. PERIOD.

This video demonstrates the items in the shop and how they affect gameplay:

And here's a preview image of the shop menu in development. 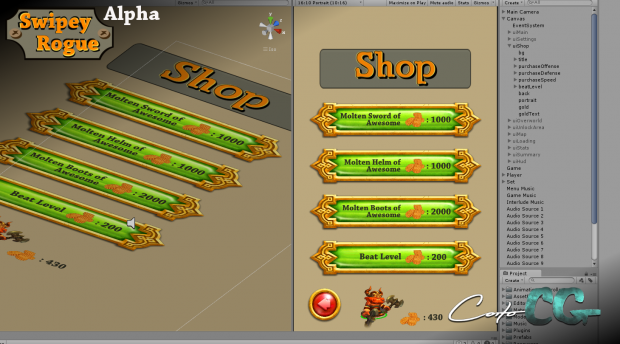 Anthony continues to pass along great looking updates to all the UI elements. We've finalized all the round and long buttons so I've replaced them all and put them into a spritesheet to optimize their memory footprint and performance (reduce draw calls). 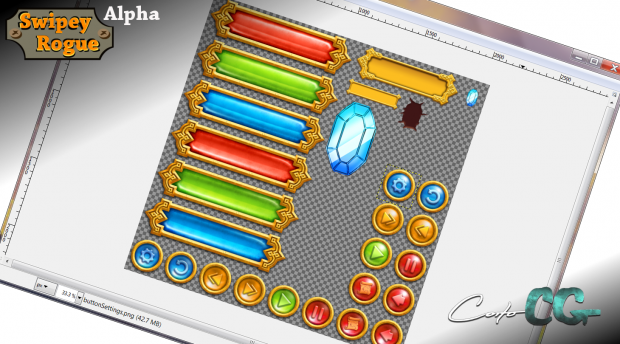 The Main Menu has had a face-lift with its new background image and new main buttons (logo is still temp, and I changed to using the blue buttons now for the main menu, this pic is already out of date): 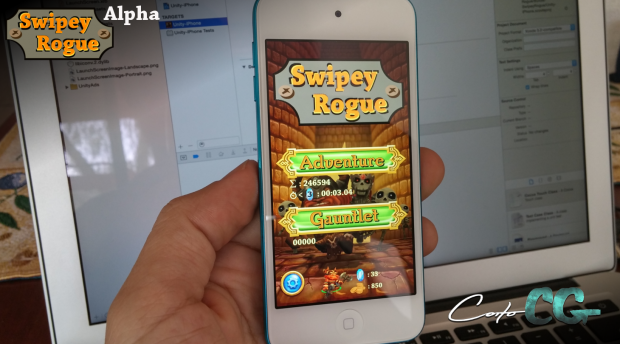 The scrolling progression maps for each world area have updated room and challenge gem icons (the parallaxing rocks are still temp art): 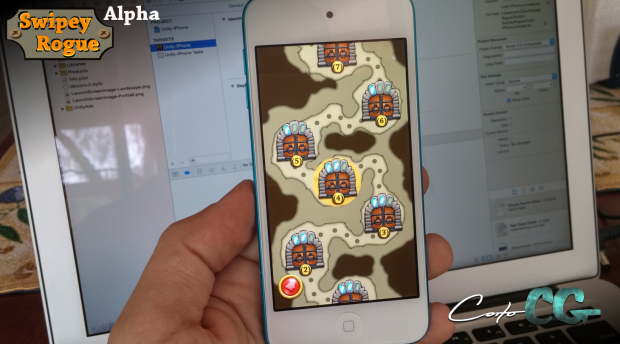 The Room Summary screen that is used when viewing a room from the map, or on pause / death / success, has updated art with the completed panel element and all the round buttons. 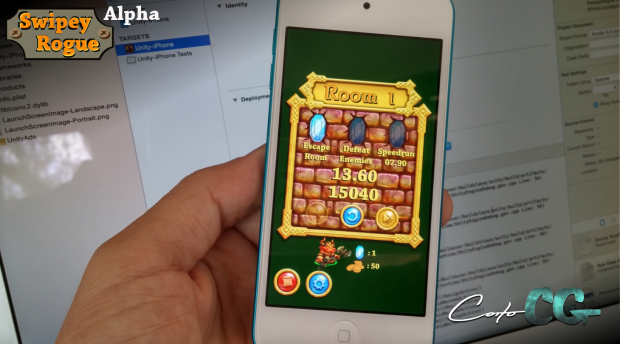 As always, thanks for dropping by and taking an interest. Indie dev is tough! Gotta keep motivated and focused and believing in myself that I'm not crazy for quitting my job and going so long without an income. Big props to all indie devs out there. Keep at it! :)