SwapQuest has been nominated for the IMGA. I've also been working on a gif to encapsulate the essence of the game.

After Casual Connect is over I got the next good news: SwapQuest has been nominated for the International Mobile Gaming Awards in the category "Best Upcoming Game". The award ceremony will be on March 3 in San Francisco. 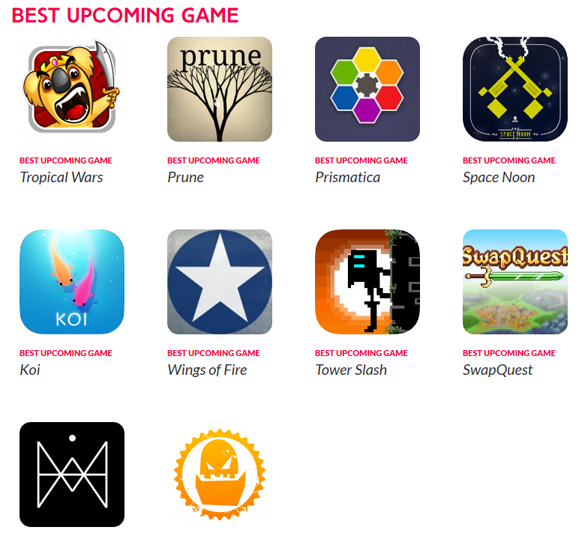 In other news, the release version of SwapQuest has been submitted for review to Apple. While waiting for it to be approved, I have been working on a gif image that captures the core essence of SwapQuest, so that anyone who sees it gets a basic idea what the game is about.
What do you think?