The stage has been set. The champion has been chosen. Fight! Oh yeah we have wanted to also introduce the first ever episode of the official French Rice Games Podcast. 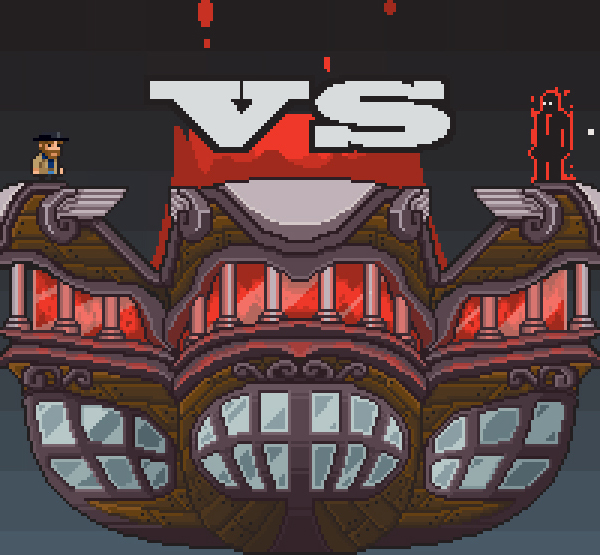 So it seems like we have a winner. After many votes it was a close win between Tomasi, the_chuck_noris, and irpwnu2. And of course who would have guessed that good old Mr. Chuck Norris came out on top. Congrats the_chuck_norris your name will forever been engraved on the walls of Valhalla and you are the winner of eternal glory. Yes, eternal glory. Now that the stage is set, and our hero has been chosen be prepared for an epic battle in the coming month (great way to kick off the new year with a potential roundhouse kick eh?).

Also if anyone disputes the poll...
*screenshoted*
And yes, it did happen. 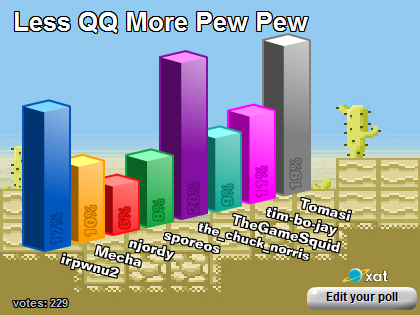 Onto slightly just as exciting news and somewhat disappointing. Garrett has decided to create a whole library for displaying the game's UI as opposed to using premade libraries. This will allow us for more flexibility over the UI as the game progresses with adding new features and modifying existing ones as opposed to hacking together a UI that would be easier to make in the short term but be much more difficult to modify and add when the time comes.

This also means unfortunately that a playable version to the public won't be happening until Garrett has the libraries finished. So please direct your complaints to Garrett's Moddb/IndieDB profile if you want a public build out faster.

I'll just casually leave the this link down here

PLEASE CLICK ME IF YOU WANT YOUR PUBLIC BUILD 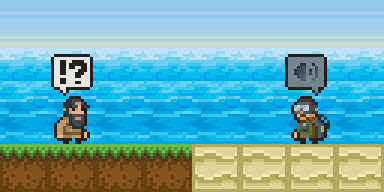 We wanted to also take this news post to introduce our Official French Rice Games' Podcast - Pixel Pushers. It will be a weekly podcast keeping our community up to date with Survivor's of Ragnarok, Moddb/IndieDB News and our personal love for League of Legends. We were fortunate enough to catch Gavin Stevens, the Lead Designer on Overdose, and have a pretty heated debated on Pixels vs Shaders.

If you guys havent already checked out Overdose I would highly advise you head on over to their homepage or Moddb/Indie profile. They have been doing an amazing job with Overdose and from what Gavin has told us about the game we are very much looking forward to getting our hands on it when it is open to the public. The content they have posted on their pages will blow your minds away. Even more so if you wrap your heads around the fact that at it's core it is the same engine that ran Quake 2. We really want to thank them for joining us on the Podcast and hope you guys keep an eye out on them.

Love for league of legends? Didnt expect that one xD
I play that game too

Ha :) LoL matches serve to treat ourselves after long hours of programing and creating sprites. Alliteratively LoL cuts back on time we should be spending working on the game some days.... some days.

It's seems like it's there's nothing that can beat Chuck Norris.

Very much looking forward to this. I think myself moderately clever, but dwarf fortress was just to much for me, would definitely pay for a complete version of this. Keep up the good work!

why there is Chuck Norris? it must be over powered in any way... Game is so unbalanced..

Hah, of course chuck must be removed for proper competitive play.

The art made me want this game.