There are many ways to die. But there are even more ways to survive.

It’s easy to panic while playing I Can’t Escape: Darkness. You’re lost, unsure what lurks in the darkness, and engulfed in an unsettling mixture of chilling music, suspicious sounds, and eerie silence. You turn around and a small vicious creature with glowing eyes kills you in just a few moments. You take one wrong step and fall through a weak spot in the floor of the ruin, only to find yourself in a completely foreign area, even more lost in the darkness than before. Sometimes you start to get the feeling that you are making progress - you finally know what you are supposed to be doing, and how to do it - only to walk right into an angry cluster of animated vines that lashes out and kills you almost immediately. Time to try again - time to do better at surviving this hostile tomb that seems intent on killing you… a place where there are many ways to die.

In a game where surviving takes cool, rational problem solving skills, rationality is hard to come by while fearing for your life. But survival is possible. Here are some things to try and keep in mind while your fight-or-flight sense is screaming “RUN FOR YOUR LIFE!”

The living walls might at first glance seem impossible to move through - and being crushed by them at least once is almost inevitable. But keep your eyes open - there is actually a way - several ways, in fact - to predict their movement and get through unscathed.

Mushrooms are dangerous - if this guy is any indication, they can be deadly:

But there is more than one kind of mushroom in the game. There is even a mushroom “grove.” With careful experimentation (and maybe a bit of dying), there are ways to differentiate the poison from the treasure. And some of these fungi are very helpful.

Some rats are simply a nuisance. Others are downright ferocious and most un-rat-like (what is their secret?). 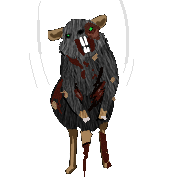 They come up out of nowhere and you’re not sure which way to turn to defend yourself. But if you keep your view clear and only consult your map or notes with your back to a wall or corner, they won’t be able to sneak up on you as easily. 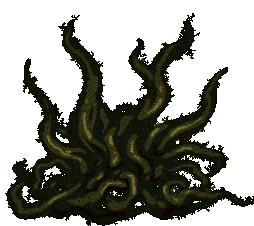 If you do meet them, you might be tempted to hack at them, hoping they’ll fall apart eventually. But trust me, that is really really not a good idea. The best strategy for these insane balls of animosity is to get just one - or even no - hits on them, and then RUN AWAY… far away.

You’ve come far - survived much - and your final enemy is the big baddie… the darkness itself.

In the depths of the tomb, the watchers on the wall are your only friends, your only allies against the darkness.

Until even they have perished in the deepest darkness.

A new gameplay video and development update is coming next week!