I've added "Awardments" - the non-copyright-infringing version of "Achievements" - to the game, along with a special Cheat Mode that becomes available if you complete the story. And for the next four days (27th to 30th of November) Survivalist will be available as a Pay What You Want deal on IndieGameStand, with 10% of the proceeds going to charity!

Survivalist is now available as a Pay What You Want deal on IndieGameStand.com, with 10% of proceeds going to Scope, the disability charity. This only lasts from the 27th to the 30th of November, so don't miss it!

IndieGameStand have a feature on these deals called Beat The Average. You can choose what price you pay for the game, but if you pick a higher price than the average so far you get a bonus item. For Survivalist, I decided to add a Cheat Mode to the game. This Cheat Mode is available to anyone who completes the game, but you can unlock it early if you Beat the Average on the PWYW deal. The idea behind it is to enable players to have some silly fun with the game's engine. For example you can: 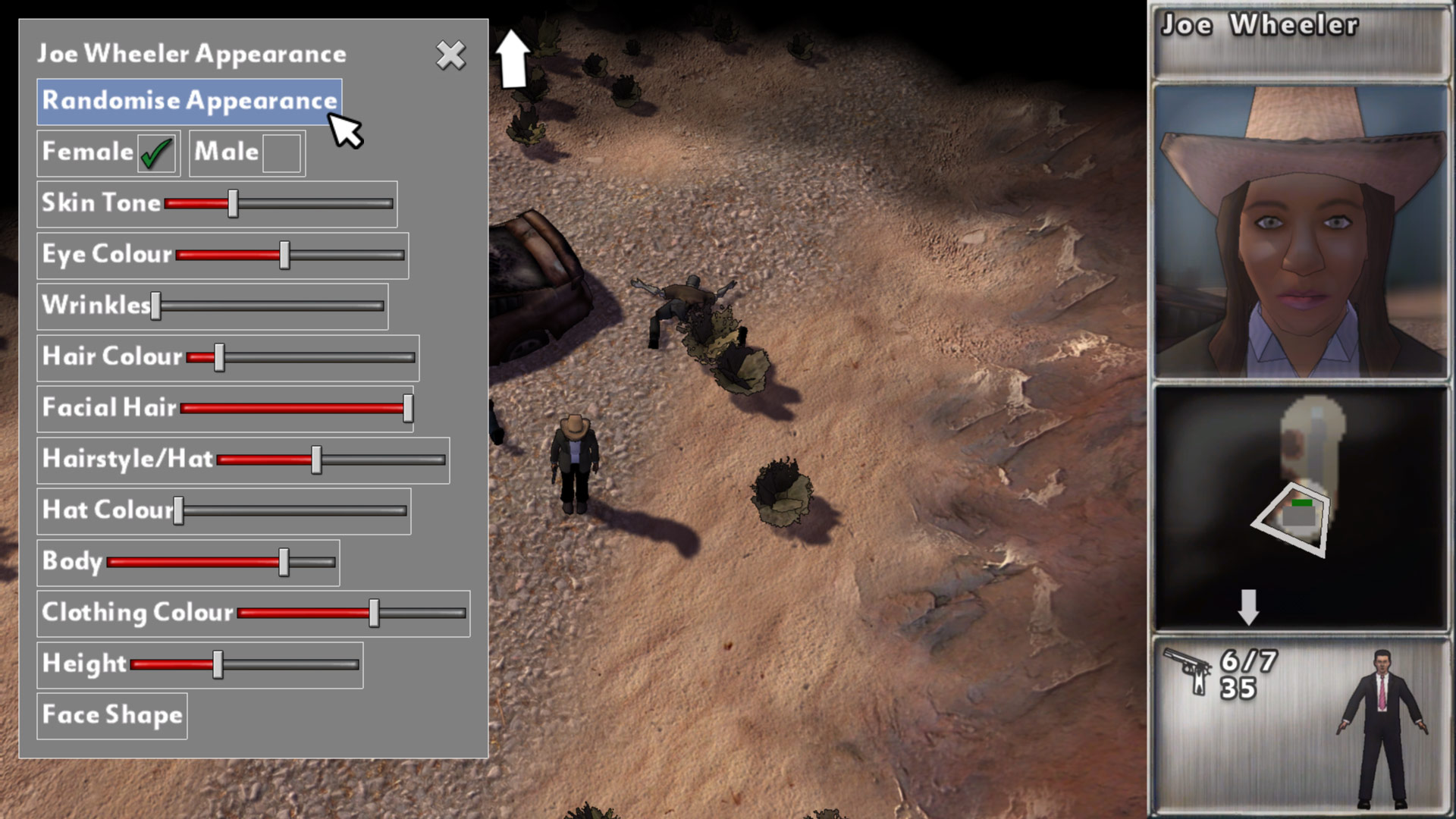 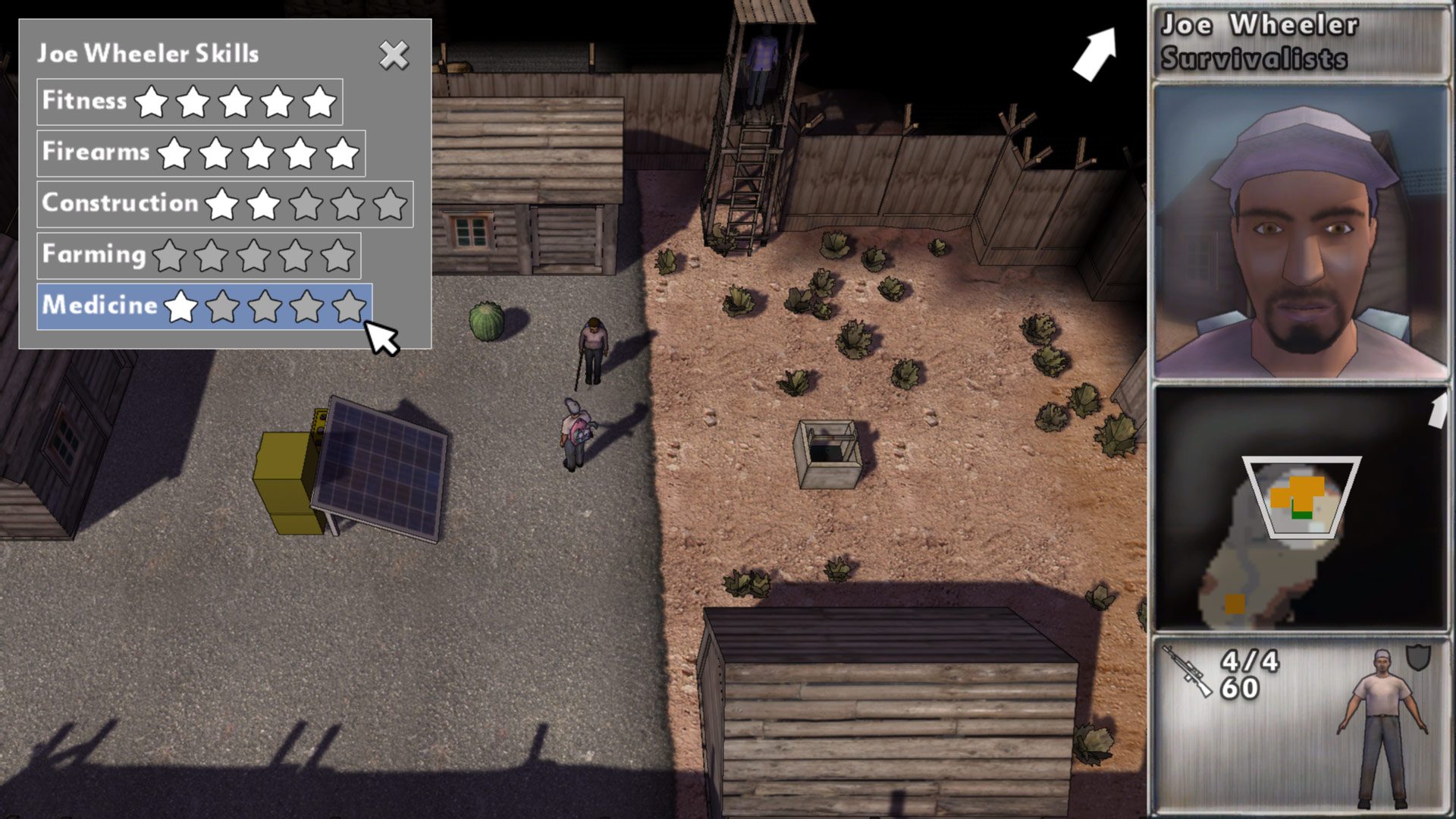 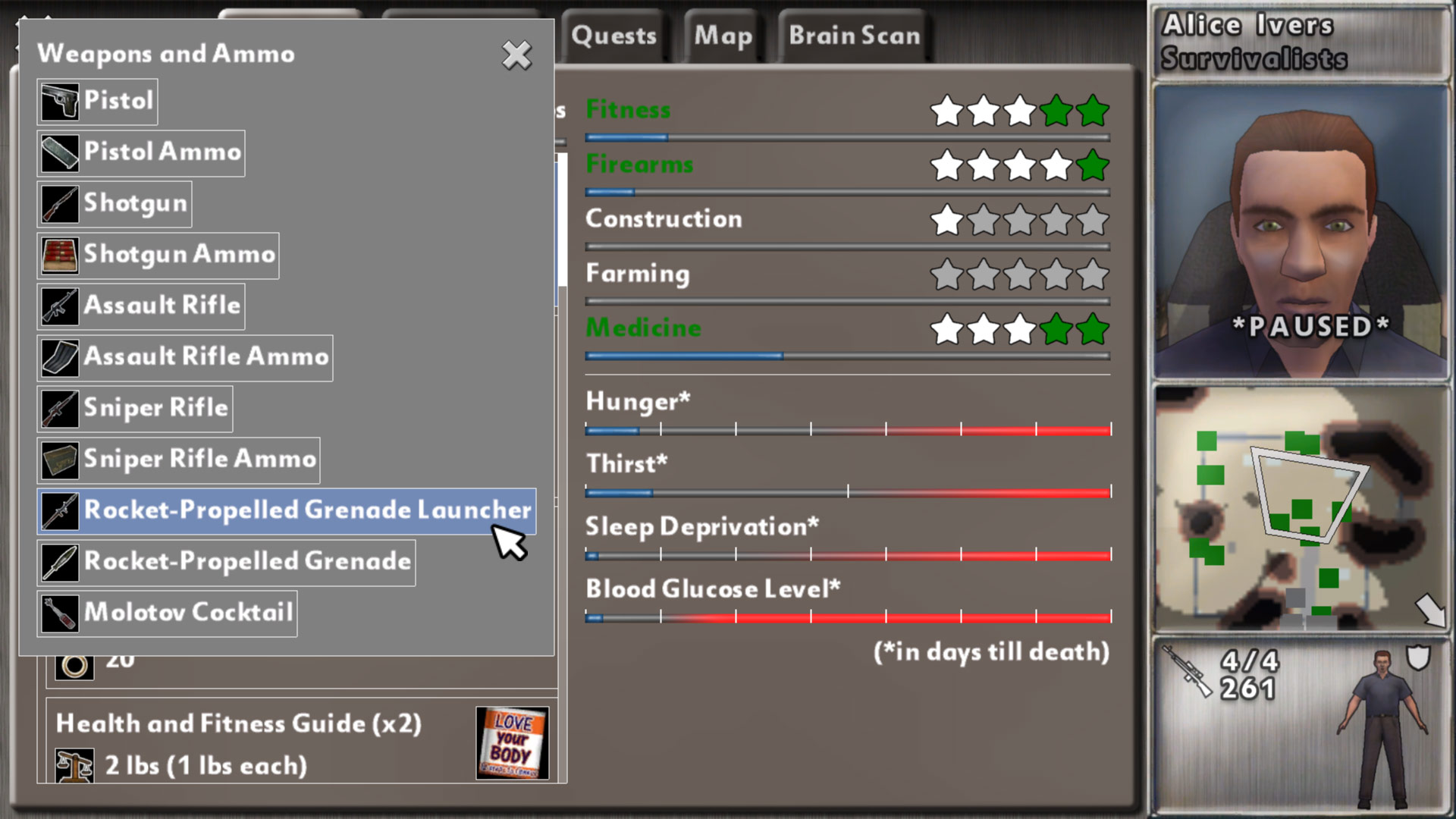 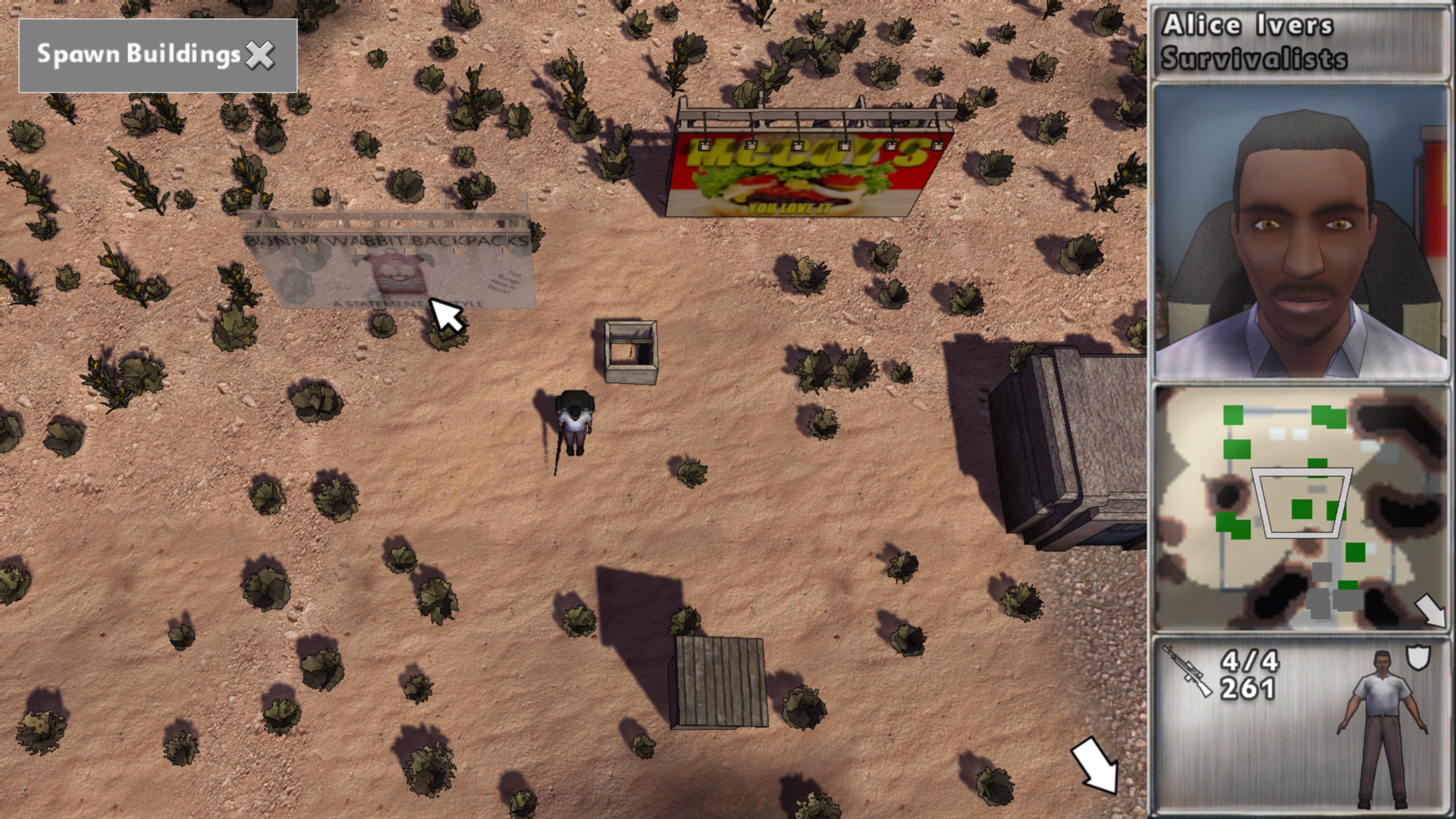 Having added a cheat mode, I wanted to give people a reason not to cheat so I've introduced Awardments - aka the non-copyright infringing version of Achievements. If you use cheats, the game will remember it (and will mark your savegame accordingly) and prevent you from unlocking Awardments in that game. So you could give yourself an RPG and blast through everything to complete the game - but you won't get any Awardments from that playthrough.

(However, you can change your appearance without disabling awardments, as that has no effect on gameplay - except for your gender, which does affect a few things).

And of course, if the game gets on Steam the Awardments will be implemented as Steam Achievements.

Here's the Awardments screen in the menus: 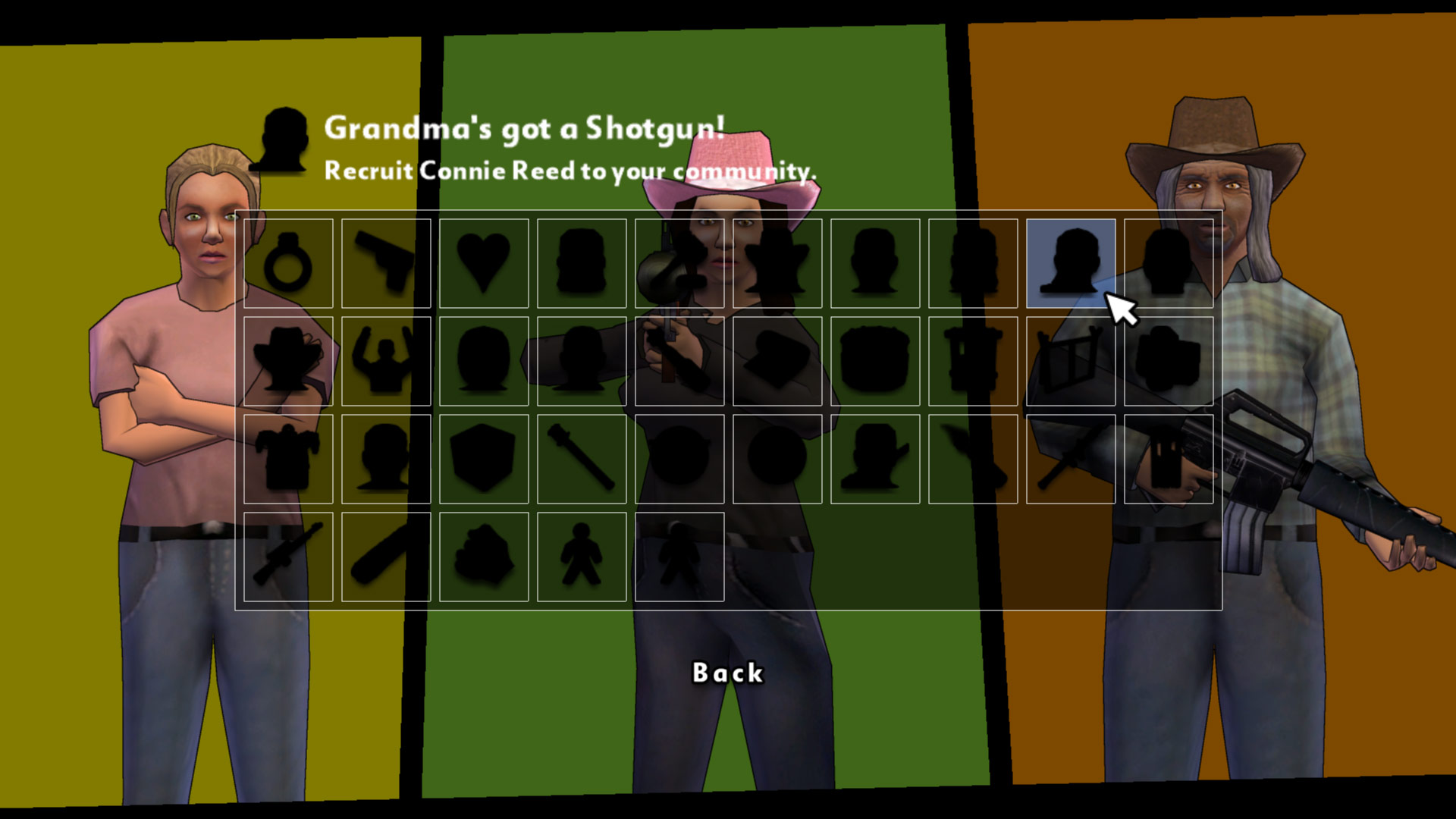 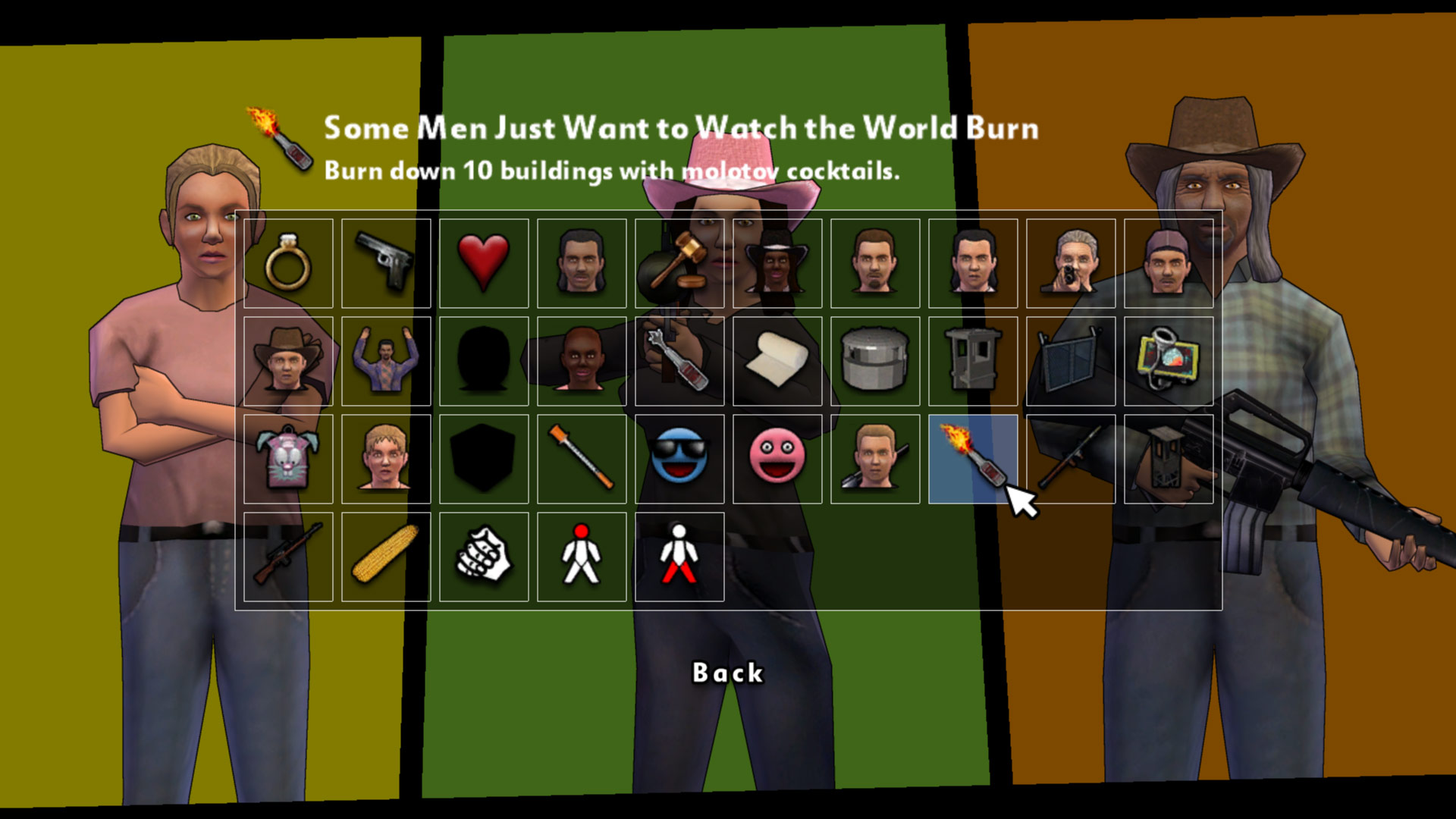 I'm also trying out a new price point on PC of $4.99 US, as I often get comments saying it's worth more than $2.99, or that it's such a good deal at that price. And I think some people might assume there's less to the game than there really is, with the price being so low compared to other PC indie games. But if you don't want to pay so much, check out that Pay What You Want deal!

I'll aim to bring this patch (but not the price change) to the XBox 360 version in the next few weeks.

Good to see you guys included cheats. They make testing out things so much easier.

how do i do cheatmode