I've released a new patch which adds Pause/Fast Forward modes, Concrete Watchtowers, and the ability to use cloths as bandages - and fixes a bunch of bugs.

There's a new patch (v23) out on Desura and IndieGameStand, which introduces the Pause and Fast Forward modes and Concrete Watchtowers which I mentioned in my last post, and some other nice things I'll describe below. I had to release this a bit earlier than I was expecting as few new bugs were discovered that I wanted to squish.

One of the bits of feedback I've gotten is people often find they don't have enough bandages, whereas something I've found personally is I always end up with more molotov cocktails than I know what to do with. So in this patch I've done two things: Okay so it's not the most in-depth crafting system in the world, and it's not exactly original *cough* *cough* but it helps balance the game.

Another thing I've done is tried to improve Follow commands a bit. There was often a situation where you'd want some community members to help you fight off an attack or something, but they were in a building and there was no easy way to get them to follow you - you can now do that with the Alternate Action button. 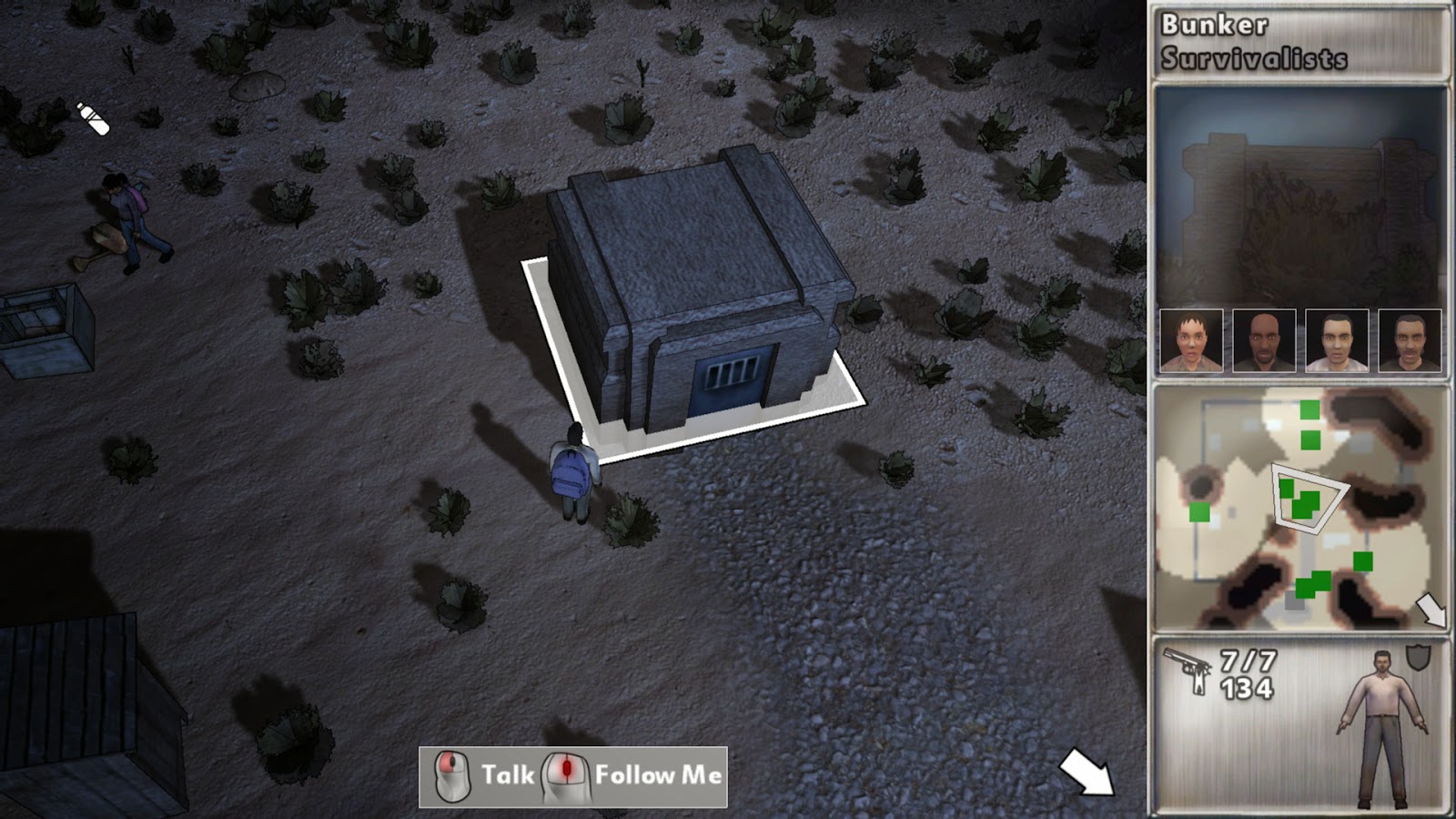 And when you had a large group it was sometimes quite hard to tell who was following you and who wasn't, so I've made it so that small arrows appear over your followers heads, and you see grey circles showing their health, for a short time after you switch characters or tell someone to follow you. 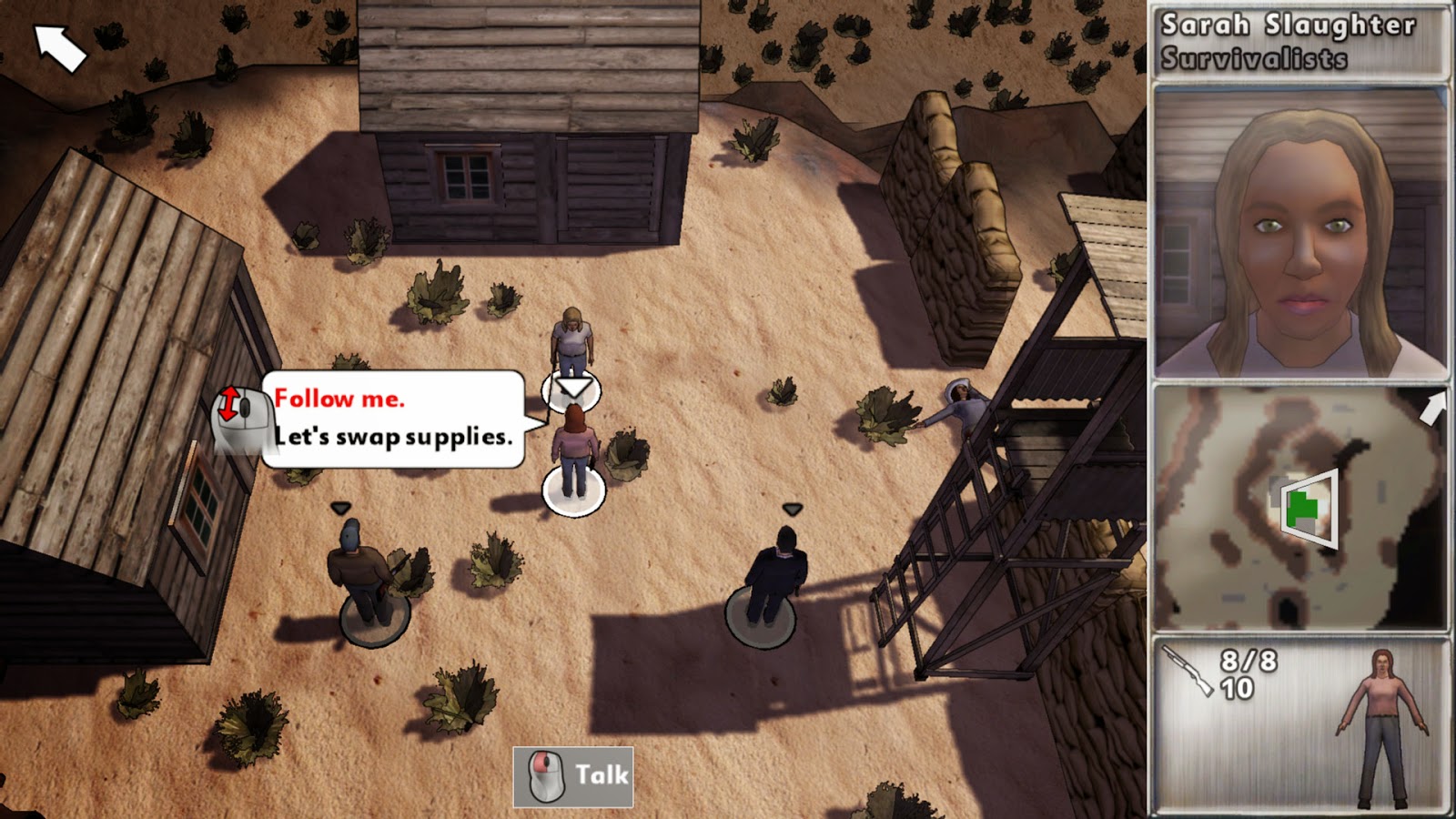 These changes will of course make their way to the XBox 360 version but it might take a while.