SORRY FOR THE WAIT!

This was supposed to be a "minor update" scheduled for release shortly after the last one, but many things happened, and the sprite set for the new weapon had to be redone. This delayed the release date quite a bit. But at least I got more time for adding even more features and fixes! You forgive us, right? Right?

I also welcome -Ghost- to our team. He'll be our writer for some very interesting features that'll be coming in next releases, as well as providing very precious feedbacks, ideas and source material. Your help is very appreciated!

As always, I remember all of you that you can talk with us, make suggestions, and follow the mod's development more closely from our discord server: Discord.gg

This weapon can be sometimes found around the map and dropped from some enemies, and it's also the only weapon the Survivalist Class starts with (better than nothing at least). Each one of them have quite low durability, but you can carry several of them (5 to 10, if you have a backpack), so you can keep replacing them when you happen to break one. 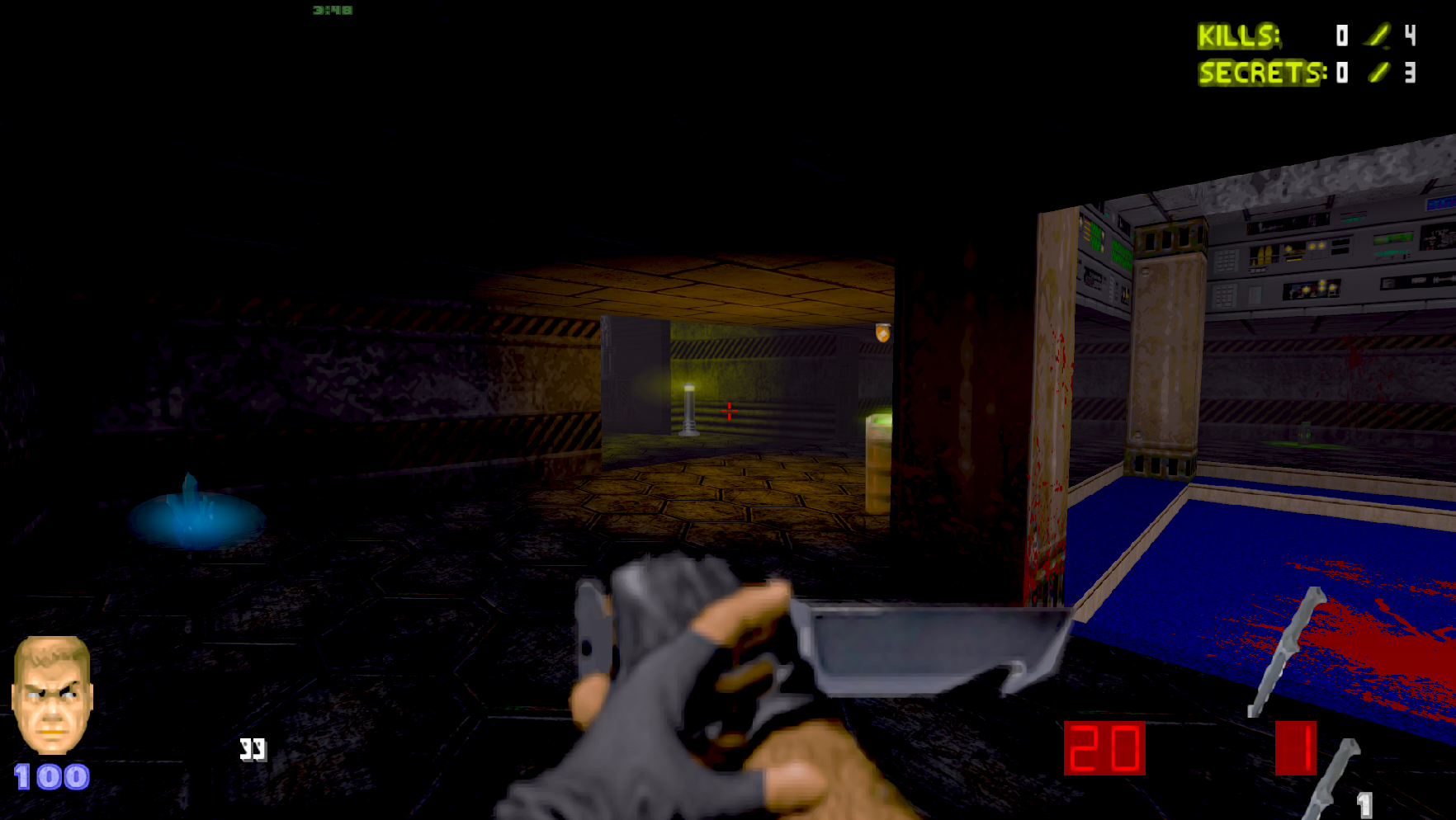 Its primary attack consists of two quick slashes in rapid succession. If you want, you can hold the fire button to delay the second slash as much as needed. One great thing about the knife is that it can stagger and interrupt enemies very easily, making it a great tool for kiting monsters if you don't have anything better. These attacks can also be used from a specific keybind, letting you use the knife even when holding other weapons!

Its secondary attack is a powerful thrust, aimed at the weakest points of your enemies, who will bleed from their punctured vital organs. The longer you aim it, the more accurate the stab will be, making the bleeding more copious and persistent.

Pressing F (or whatever your keybind for the weapon special is) won't pay respect, but will switch to the throwing mode: from this stance, you can press the primary fire again to toss a knife to your witcher (ok sorry, no more references), or press 'weapon special" to switch to melee mode again. You can also bind a dedicated key for throwing a knife from your reserve at any moment. 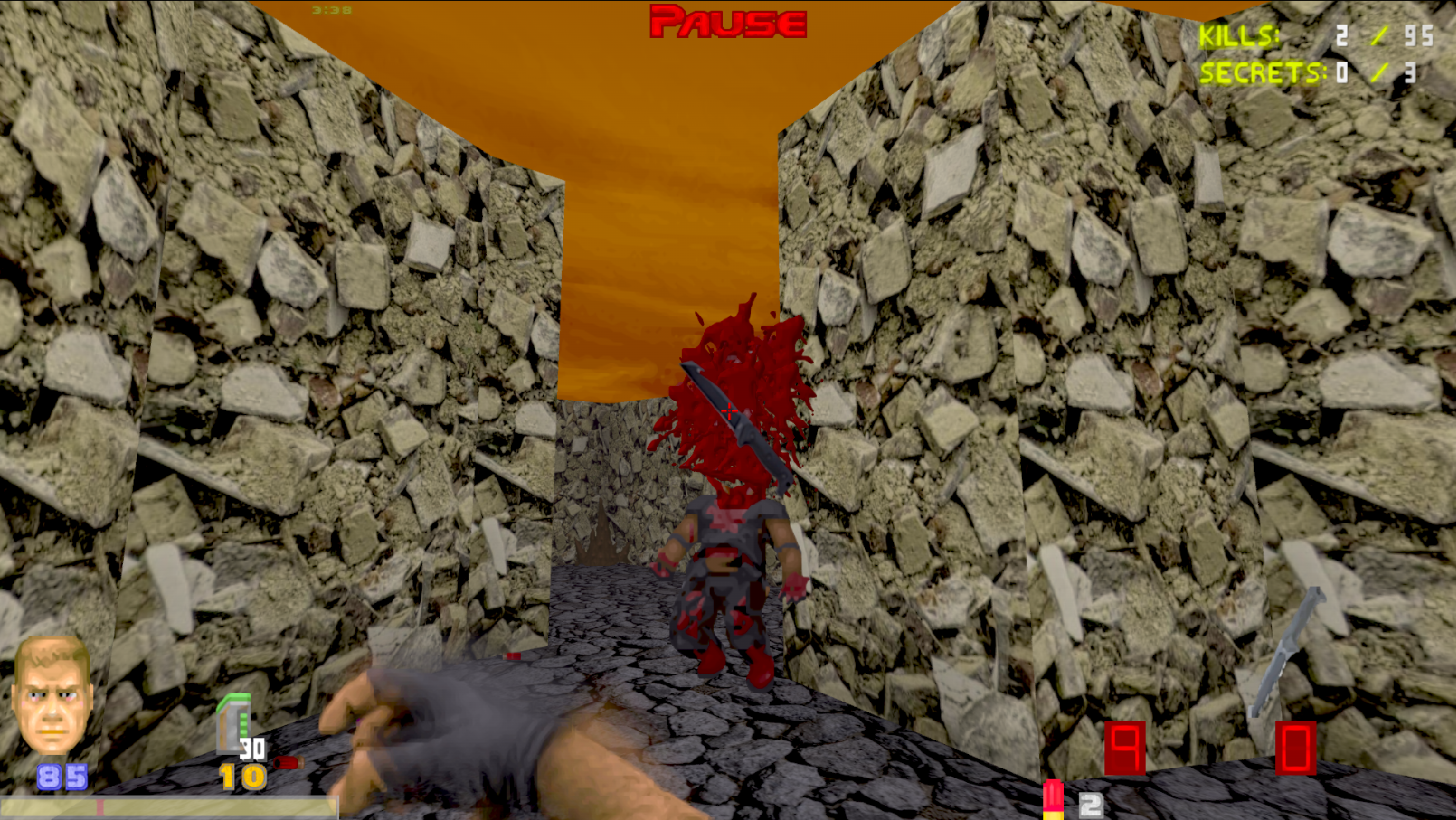 The stamina system has been completely revamped: melee attacks and other action will consume it, and some items you already know of, will restore part of it.

But that’s not the biggest change: while the “Space Marine” class is keeping a stamina management system very similar to the old one, regenerating stamina nearly as fast as he can consume it, the same can’t be said of the Survivalist class, that now slowly depletes as you perform tiring actions, only to regenerate even slower than that. You’ll have to use it with care, manage it cleverly, or you’ll find yourself exhausted before you know.

Being “tired” (consuming more than 70% of your stamina bar) has a couple of disadvantages: your standard running speed will be reduced, and you won’t be able to sprint at all, with an added chance that you’ll trip and fall to the ground if you try to do it while tired. The same can happen if you try to perform acrobatic moves like the sliding kick or the jumping kick, BUT, you’ll be able to perform melee attacks and other stamina-consuming action, until your stamina reaches 0. At that point, you better start running… oh right.

The Berserker Strength power-up comes to your aid, making you able to use melee attacks even at 0 stamina, and will make you consume less stamina for most actions.

Having reworked the stamina system, what was the best way to inaugurate it than baiting you into abusing it? This new ability gives the player heightened senses, reflexes and speed, relying on every ounce of adrenaline in his body. This translates in-game as a slow motion effect that lasts as long as you keep the effect active or have enough stamina. It’s a perfect tool for those situations where you are just in plain disadvantage, and you need an adrenaline rush to dodge incoming projectiles, aim faster, or just get the hell out of there.

But be careful! This skill will drain your stamina very quickly, so if you won’t pay attention, you’ll be exhausted in matter of seconds!

Note that while the “Space Marine” can recover more rapidly from exhaustion, he also cannot maintain the effect active for very long. The Survivalist on the other hand, is capable to go on a rampage for longer periods, but once his stamina is drained, it will take a long while to recover, unless you find some rare artifacts or items that could restore it.

KNOWN ISSUE: If the game stutters too much while this power is active, you probably have your music set to 0.0 . This is a bug I’m trying to fix, so in the meantime, if you want to play without music, just set it to 0.1 and use an ambience background sound addon, like this one: DARK AMBIENT MUSIC PACK

The old alternative HUDs from Brutal Doom were revised and remade to match the new features of LiTDOOM. Some people told me that the standard helmet HUD was not scaling correctly in their games. While this can be easily fixed by tinkering with the scaling options for a bit (more info in the README file), I picked the occasion to remove that from the default HUD. You can still choose it and scale it from the player options, but at least that won’t be a problem anymore for the laziest players out there.

The new HUDs won’t show useless information, so no flare/grenade/knives or whatever counter will appear if you have none of those items, and the flashlight battery won’t show either unless you try to turn that on. This makes the new HUDs very comfortable on the eyes, and can get from a minimum cluttering level of this: 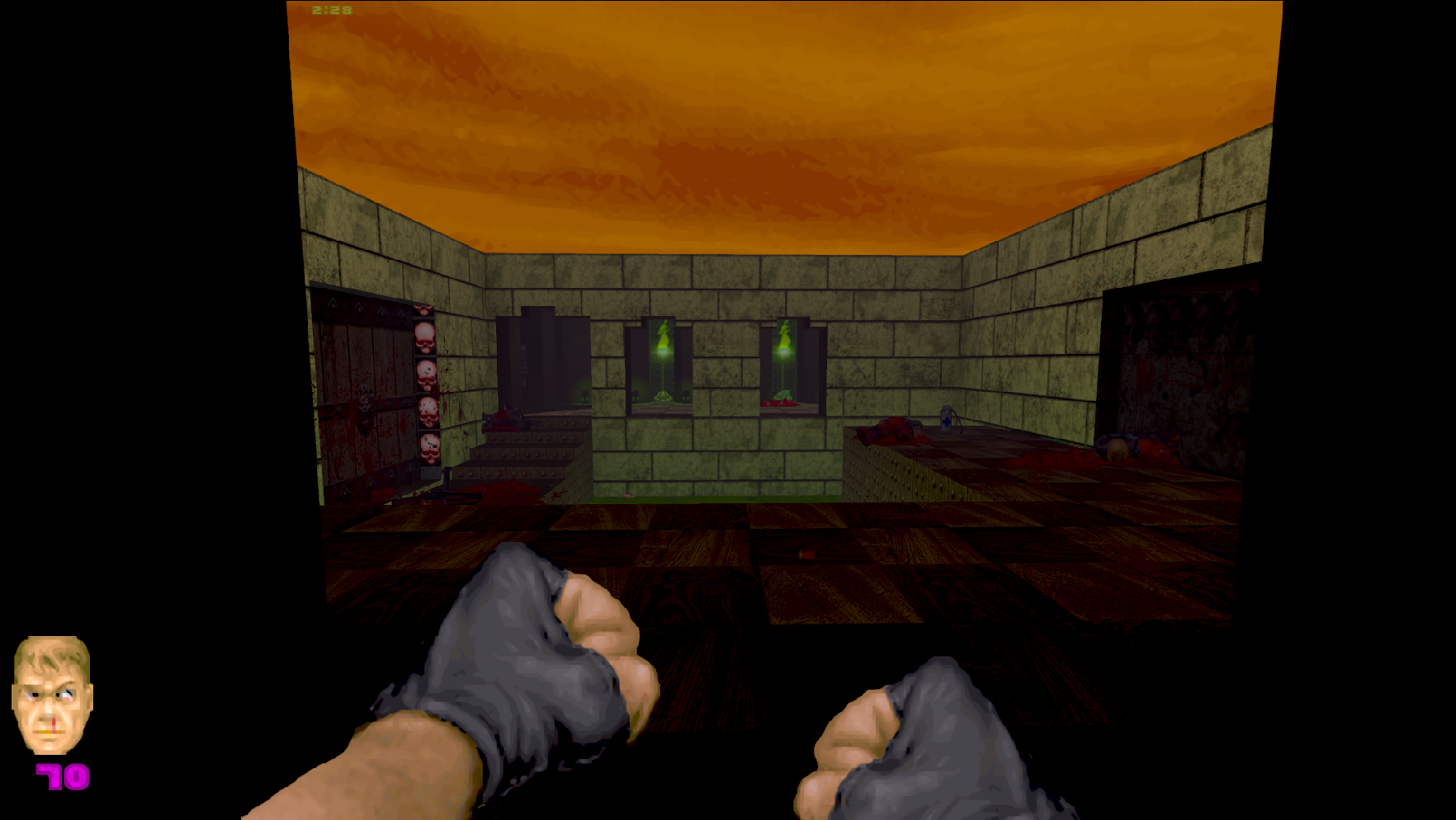 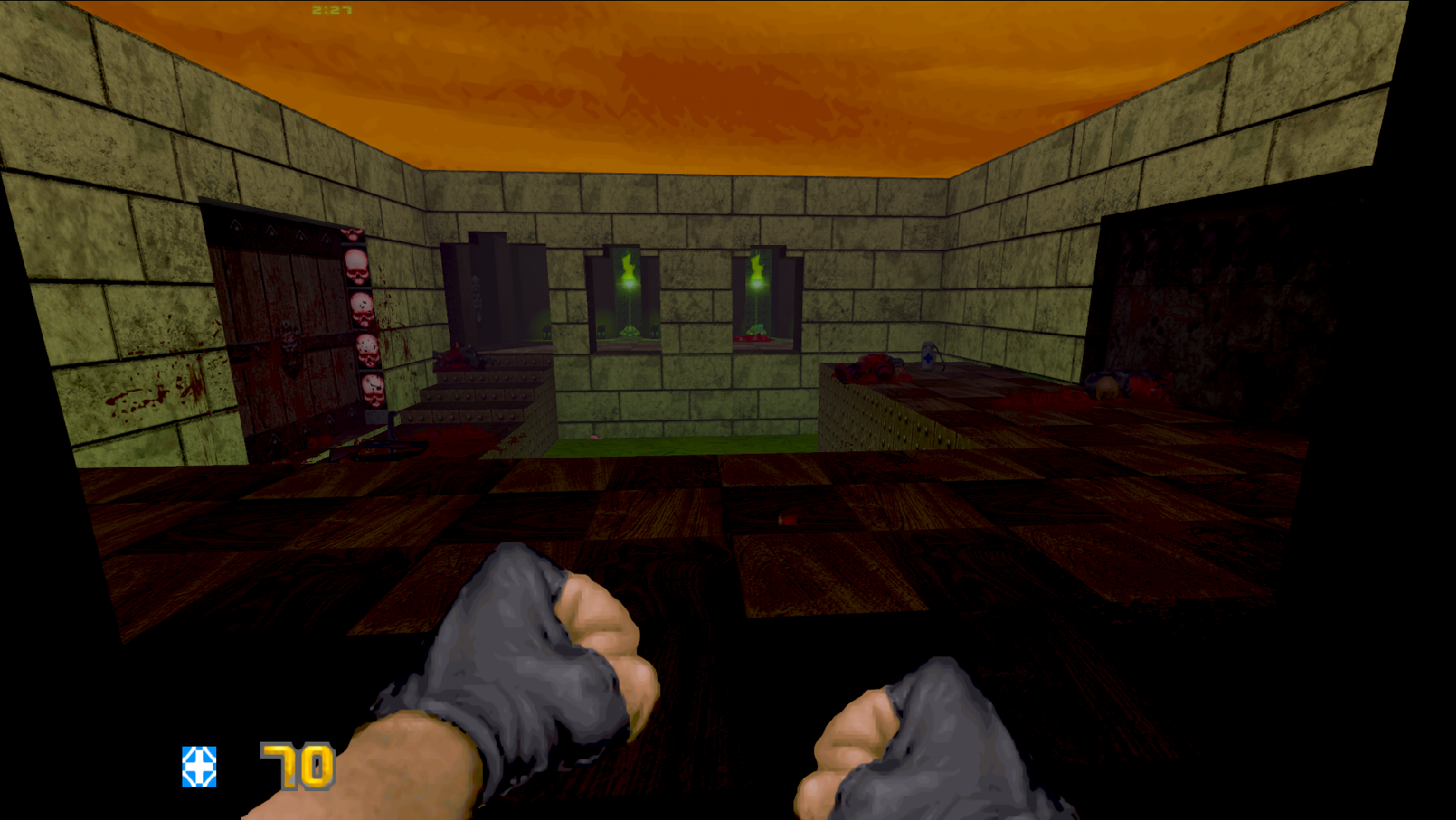 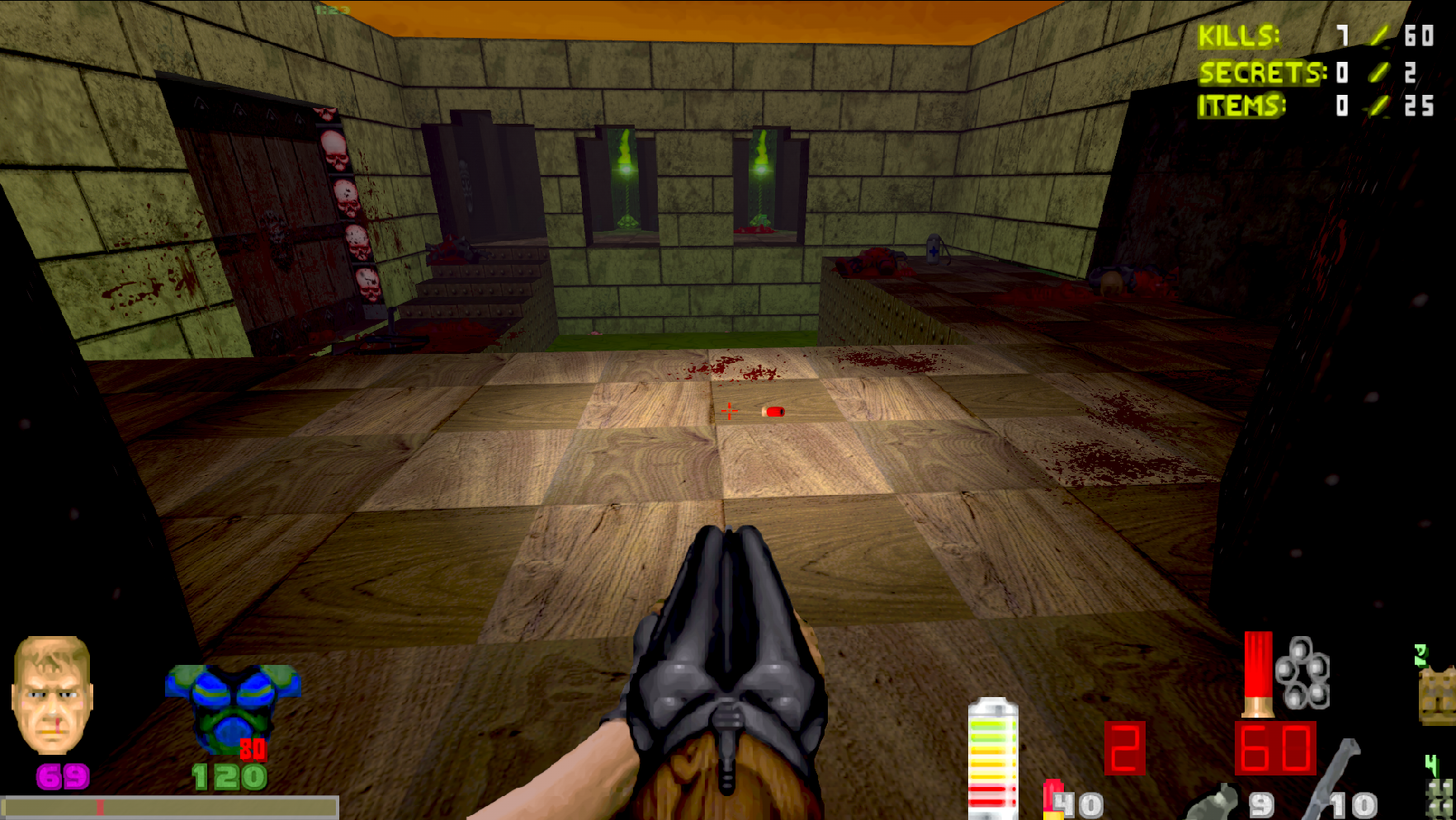 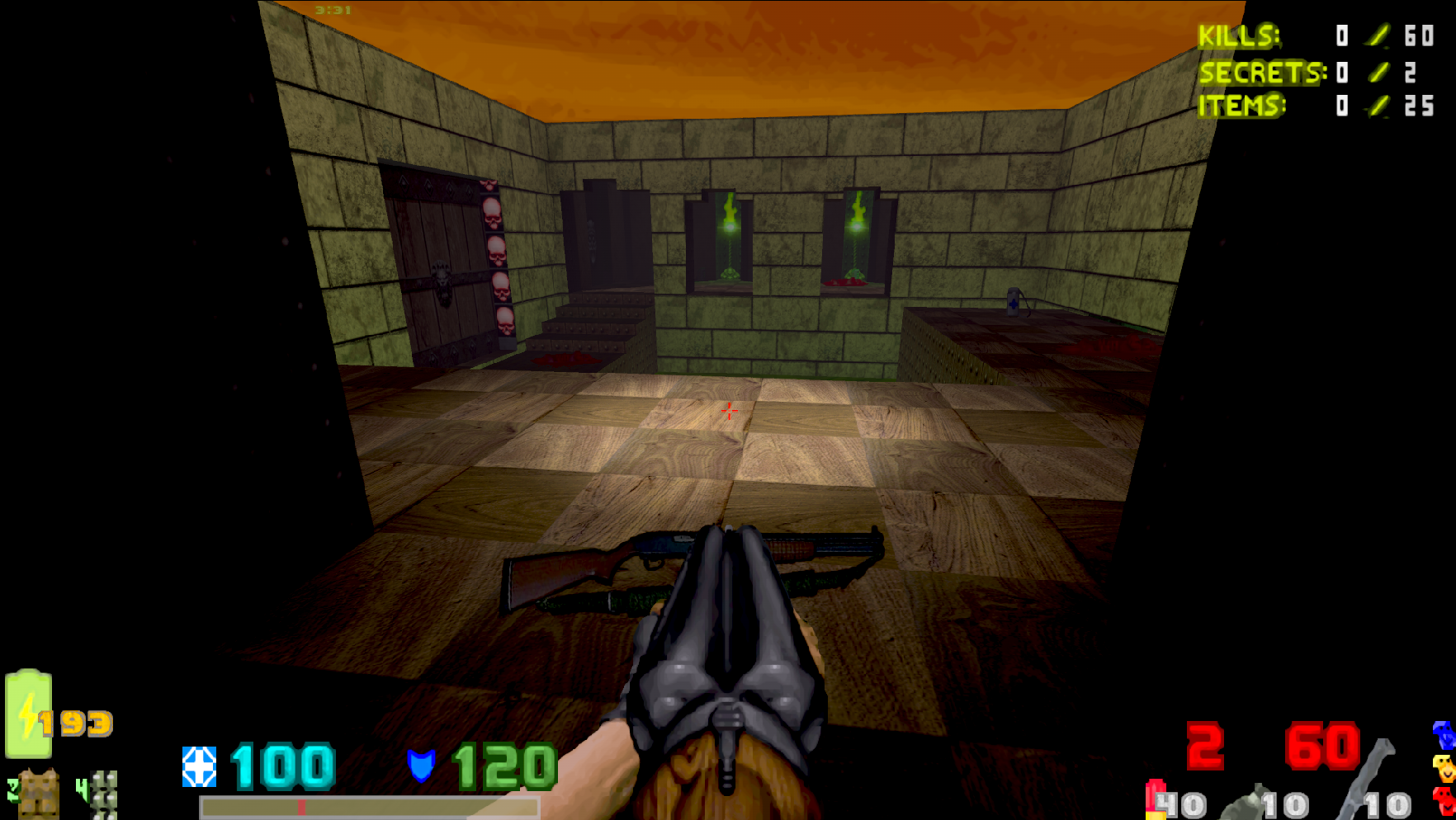 Yeah, more of them! Finishing the work that started in last version, the new sounds are meant to increase the horror atmosphere and make the game more immersive. Doors, elevators, and platform sounds have been changed to something less goofy, and also the menu sounds have been (finally) replaced.

On top of this, the new AMBIENCE SOUNDS have been added: on by default, you can disable them from the mod options. This feature will make map exploration creepier and unpredictable, playing sounds from undefined places and from unknown sources.

Another addition, by our trusted sound designer Oniichangoddess are updated sounds for received wounds: if after receiving damage you fall below a certain health threshold, you will hear a specific sound for your wounded state, which can be different if you received damage from bullets, explosives, claws, etc. 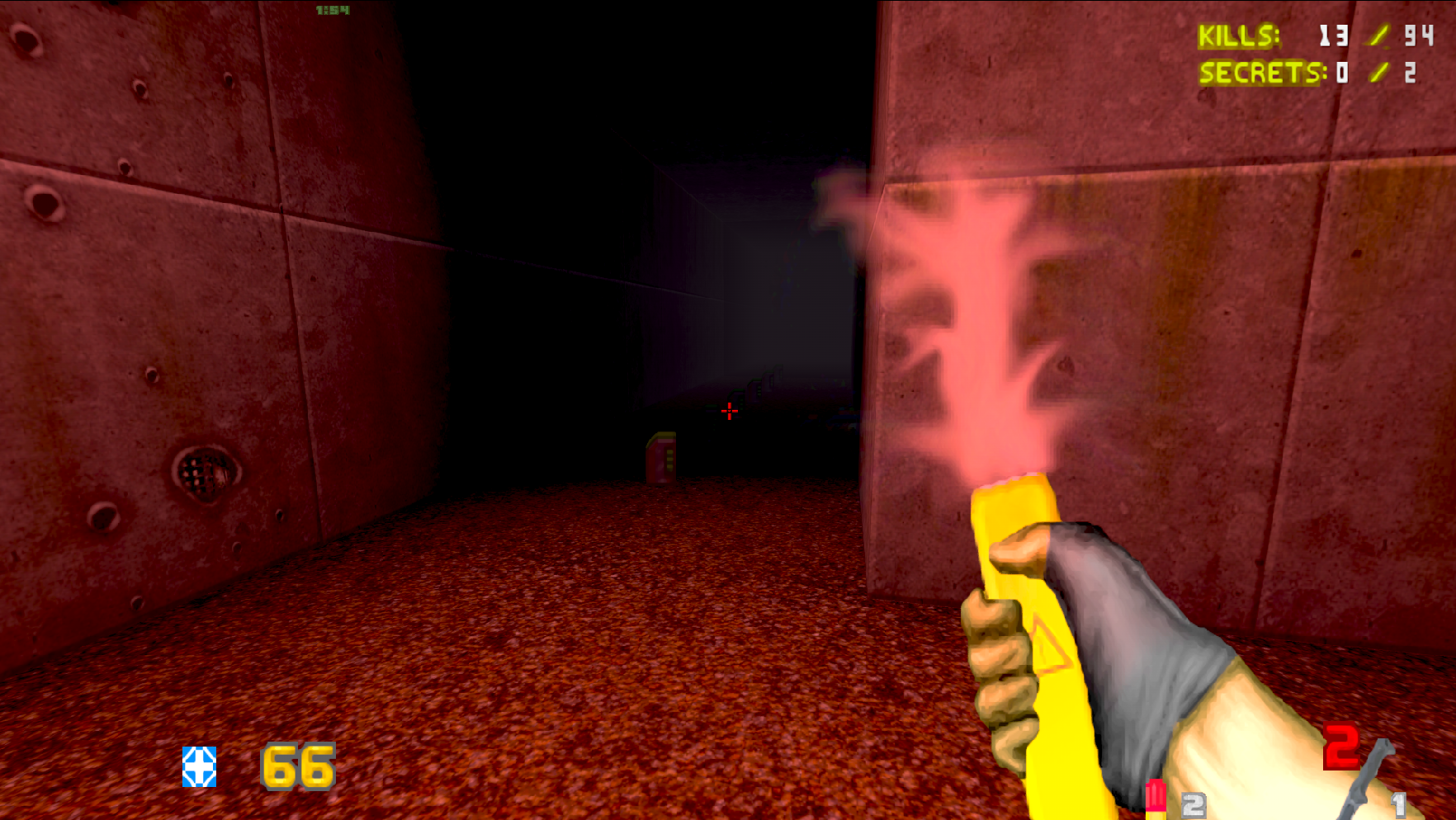 And once again, that’s it for this version.
Next one will finally bring crafting recipes to life, and will probably be mostly focused around them, so don’t expect any big features other than that. But this doesn’t mean that we don’t have ideas for even more new stuff in the future! It’s just a matter of time. So…

…Thanks for staying with us!