This news post marks the release of the final version of Surface Tension Uncut v2.0, the latest version of ST Uncut. After nearly a month of solid work on the project I have fixed an absolute tonne of bugs with the previous version, as well as dramatically redesigning several major aspects of the way the maps play, improving and enhancing them both visually and in terms of design. 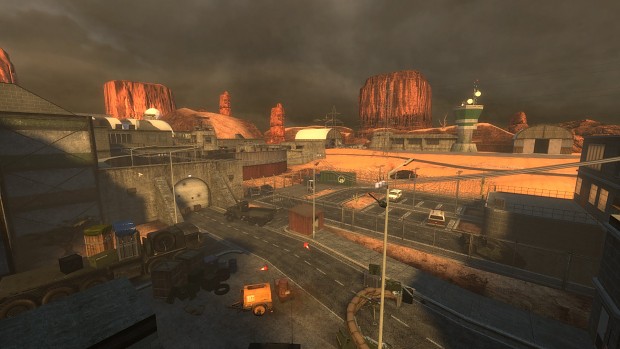 For those of you who may not know, Surface Tension Uncut was my little project to revamp Black Mesa's Surface Tension chapter. Black Mesa's recreation of this chapter was wholly incomplete, missing a whole 2 maps from Half-Life 1's incarnation - and these 2 maps were, in my mind, possibly the 2 most important of the entire chapter - as they signified the defeat of the HECU and their subsequent pulling out in Forget About Freeman. Without these 2 maps included in Black Mesa, the motive for the HECU pulling out in Forget About Freeman makes little sense, and to anyone who did not know HL1, they would not understand why the HECU decided to pull out. 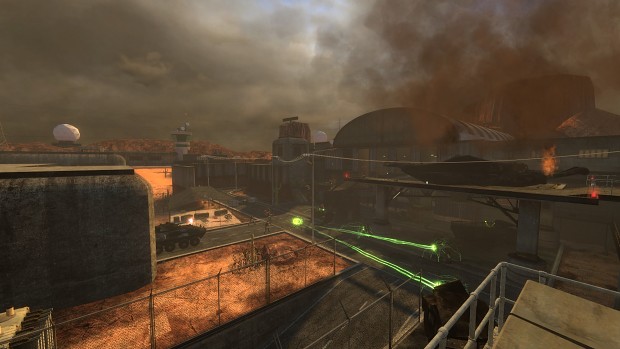 My mod adds back these missing maps, designed by me and the community, and they fit seamlessly into Black Mesa's existing campaign. If I've done my job correctly, and I certainly believe I have, then you won't even know you're playing an addon mod. Surface Tension Uncut's goal was to emphasize the losing battle the HECU are fighting and bring back many of the memorable moments and sequences which were missing from Black Mesa's incarnation, as well as adding its own unique flavour.

Find here a short(ish) video of me giving a brief walkthrough of the new version of ST Uncut, featuring a developer commentary. In the video I talk mostly about the changes from the previous versions of ST Uncut, and some of the development process behind it:


Even if you've played through the previous versions of ST Uncut, this new version is definitely worth checking out! With all the work I've been doing on OaR Uncut, I've really improved my abilities as a mapper, and I've been able to address a significant number of the problems and issues which existed in the v1.11 release of ST Uncut. It overall performs better, looks better, and plays better.

Some of the more specific, larger changes include:

This is just scratching the Surface (get it?) of the VAST number of changes I've made, both visible and under the hood. Just take a look at the changelogs if you're interested in finding out more (good luck, that thing's HUGE!) 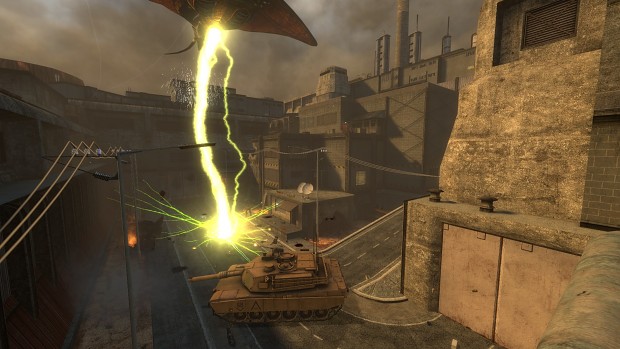 On a Rail Uncut

You can find my ModDB page for On a Rail Uncut here.

All that's really left to say is that I've now resumed working on On a Rail Uncut, and really hope to get some good work done on it soon. Development is still going on the B2 map though it has been slow. A1, A2 and B1 have all undergone alpha testing on the Black Mesa forums, and the feedback has generally been fairly positive. You can find walkthroughs of all 3 maps on my Youtube channel (nitrotomato), and you can track progress on the maps in the Black Mesa forums. Hopefully I'll have more to show you guys real soon!

Oh my, another update. It basically means its even more epic now.

I have been waiting for V2 of Surface Tension Uncut. Now I'm waiting for On a Rail Uncut so I can replay Black Mesa with more awesomeness.

Keep up the good job!

+1 for on a rail uncut that is , damn this is getting more and more epic , all we need now is hazard course and xen to be finished and we got us a full hl1 remake experience

I just finnish the surface tension chapter 2 days ago... And now, I need to restart it all over? damn!

lols and i thought 1.11 final was the final , lmfao , so whats next surface tension uncut 3.0 final xD , just curious whats planned next and is there? , but gotta say this , just lovin your work to bits!

Thanks so much TextFAMGUY! This was amazing. The maps you did were awesome and really added a great deal to Black Mesa! A definite recommendation from me. Now surface tension is as it should be! Thanks again for all your effort in this; I am very excited for On a Rail uncut!

help when i get to your maps almost all parts are pink and black and some are error sucsess i didnt load a savegame i install the mod right but all of it is ERROR SUCSESS and PINK AND BLACK textures please fix this problem i tried install this mod into a new black mesa but still desame.................

Same. All parking in errors and purple-black squares

Any plans on a Steam version compatible release?