Super Trench AttackTM is a goofball twitch-shooter based on the folly of World War1, currently in development for windows PC.

Posted by bluestargeneral on Aug 7th, 2013

The Dastardly Black Army has invaded your homeland! The only thing between them and victory stands one man. A new recruit with a penchant for naked lady magazines and an eye for headshots. Enter the crazy world of Super Trench Attack. 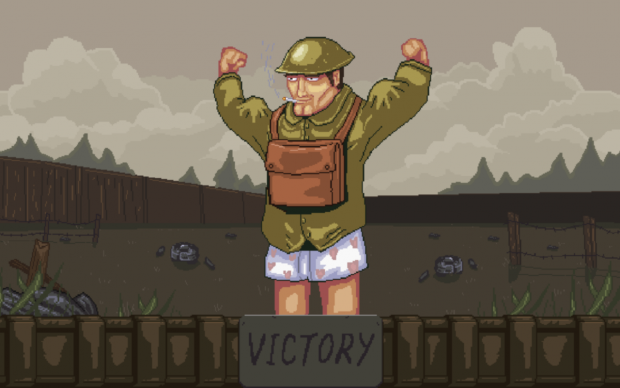 What the press has been saying->

'Super Trench Attack shows a surprising bravura within the style of game it aims to be. I meant to play for about half-an-hour, but the time flew by, and I didn't check the clock until two hours later.'
- IndieStatik

'STA made me realize a game was about sh*ts and giggles rather than your frag count. First impressions? I am impressed indeed.' - Rawket Launcher

'With this being only a demo, I am pretty content with the time I spent playing Super Trench Attack. It wasn't mind blowing in anyway, but I am intrigued enough to look forward to the full game, when it's released on September 1st.' - DarkStation 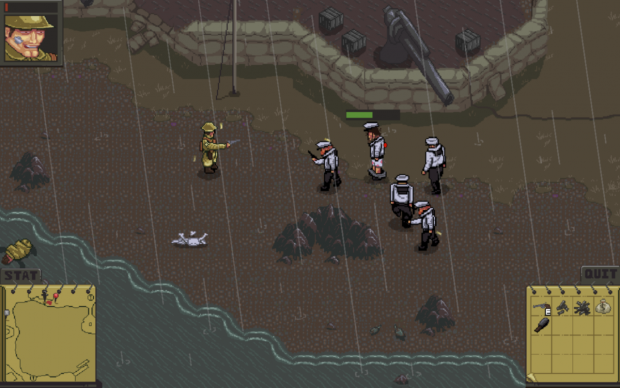 The Alpha demo has four missions to blast through, including a boss fight against the Black Army Admiral!

this is a really great game. the dialog is nicely written, fun to play, challenging, easy to learn. i really hope this stays free!