After months of hard work, labor, and skipping lots of weekend nights-out, we're excited and proud to announce that Super Tiny Monkey is finally out now on Android and IOS devices.

After months of hard work, labor, and skipping lots of weekend nights-out, we're excited and proud to announce that Super Tiny Monkey is finally out now on Android and IOS devices. 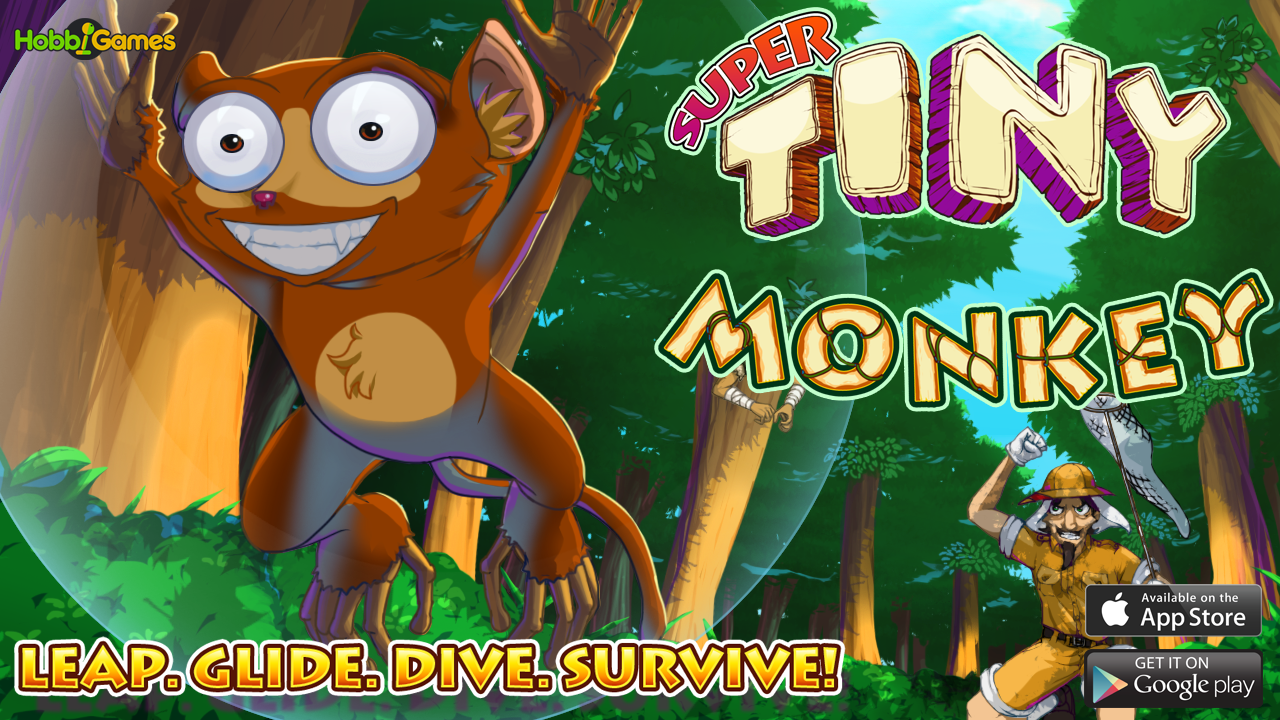 You play as Goggles, the experimental tarsier who managed to escape from Dr. Zoo’s laboratory and your goal is to run away from his poachers and minions who are sent to capture you. You must leap, glide, dash, or dive from one platform to the next to get as far away as possible. The crux of the gameplay revolves around avoiding obstacles. You will begin with the most basic of control, which is simply tapping on the screen as you pass platforms by-- not unlike a rythm game. As you progress and your character levels up you will open up more control options such as gliding, diving, dashing, and at higher levels you gain access to super powers that will help you conquer the increasing difficulty of the game. There are two game modes: the endless platformer (adventure) mode and the unlockable boss battle mode. Megaman has been such a huge inspiration for me, still one of my all time favorite games to date, and hopefully this shows on the boss battle experience.

We'd like to take this opportunity to thank all the people who helped us along the way. Thank you for testing the game and giving us feedback. The game wouldn't be as awesome as it is today if not for your help, and while it's finally out for everyone to enjoy, our work isn't over yet! There's still four acts to expect and we've actually began working on Act Two.

The game is FREE to download and play, and is available on both Android and IOS platforms (iPhone, iPad, tablets). Here are the download links:

You can also simply search for "Super Tiny Monkey" in the App Store or the Play Store.

To get in touch with us, or to follow further development of the game, you can bookmark our website:

So what are you waiting for? Download the game now and start leaping, gliding, and diving for your survival!