Amazing game, plenty of color, lights and effects in a magic world. Developers have made a great job in this title. You'll feel how the platerformer game is more platformer than ever. Amazing hand painting pictures to build a nice and armonic world.

The Air World was a peaceful land where fairies of the Spring Kingdom and ogres of the Winter Kingdom lived in joyful harmony. The Wise Council ruled over both lineages with the aid of the benevolent power of the Crystal of Light. But one day, as was foretold by the Prophecy, the evil god Loki shattered the Crystal in ten pieces and corrupted the ogre land; the subsequent fierce snow storms, without the sweet heat of the Crystal to weaken them, annihilated most of the ogres. The surviving ogres, tired and consumed, became Loki's mindless slaves.

You, as a fairy, are the last hope of the Fairy Land, and in extension, the entire Air World. Your sister fairies have fled to the last bastion of your kindred; it is now your mission to recover the ten shattered pieces of the Crystal of Light, defeating Loki and fulfilling the Prophecy!HN Games, the company behind Puzzle Trains or the acclaimed Battlefield Stalingrad, proudly presents Super Elf Jump, a modern day tribute to all the platform games which entertained us for years in the old videogame consoles. 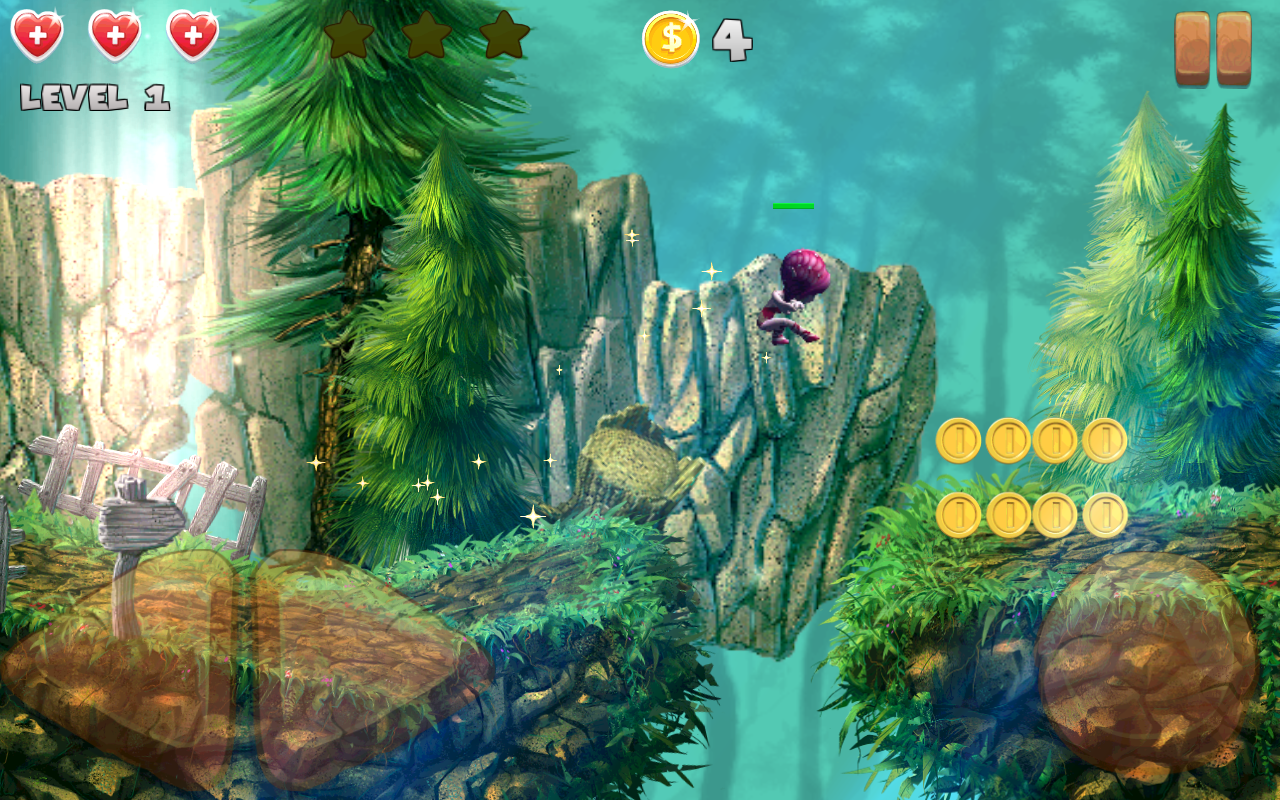 Super Elf Jump brings astonishing graphics carefully optimized for a wide range of devices, with a colorful and lifelike art. A real time weather system with day and night help you immerse even more in the action, with funny puzzles and enemies with increasing difficulty over the levels.