Super Donuts is a platformer without a jump button for iOS and Android! Roll the donut around many colourful levels, collecting sweets and rescuing the lost donuts, all while trying not to get eaten along the way! Read the article for a link to the kickstarter, a bit about the game and some videos of the development process!

Roll a Donut around many fun and colourful levels, collecting sweets as you go. Make use of a variety of power ups throughout the levels and navigate your way through obstacles and enemies unique to each world.

Each level also contains several hidden Baby Donuts to track down as well as one hidden sweet to find per level and plenty of enemies just waiting to take a bite out of you!

In the game you control a Donut using just left and right, it's easy for anyone to start playing as the controls are intuitive and the physics feel realistic in the scope of the game. Each level only lasts a few minutes at maximum. There is no Jump button!

The main goal of each level is to collect enough of the baby donuts to open up the exit. Along the way there will be many traps and puzzles to stop this being an easy task! As well as some fun power ups to give the gameplay some variety. 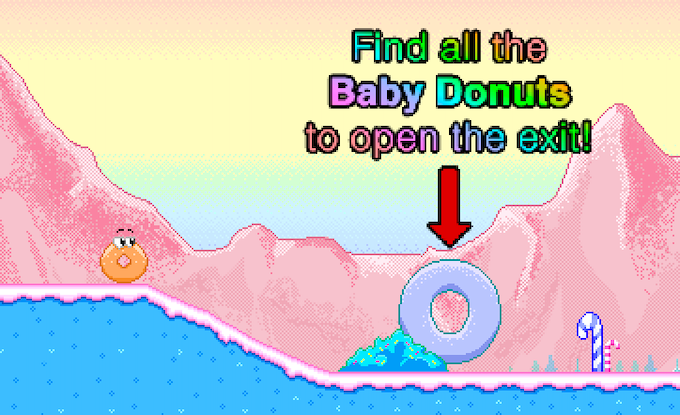 There will be 7 worlds, each with their own theme. Each world contains three levels, one boss level and one hidden EX level which combines some of the obstacles and power ups introduced in the previous levels, these will be much more challenging, and optional to the completion of the main game. Once all 7 worlds and EX levels have been completed, a special 8th world will be unlocked!

As well as the ever increasing challenge of the levels, there is also the added replay value of trying to get a better high score to share online, as well as aim for the 100% completion rate which will unlock something very cool!

As well as the main story mode, there will also be an Arcade mode, which lets the player play through several extra hard levels, you get three lives and have to see how many points you can get before it's Game Over. The high score will be saved locally on the game, and, if playing on iOS, will be uploaded to Game Center so you can compete with other people around the world!

Roll Left / Right Pressing left and right (or touching the left / right side of the screen) will roll the donut in that direction. If it rolls up a hill it will slow down slightly and if it is rolling downhill it will build up speed. You can use this built up speed to launch off ramps in the levels.

As there is no jump button, there are several helpful objects throughout the level which allow you to move vertically. They are:

Spring - Bounces you straight up 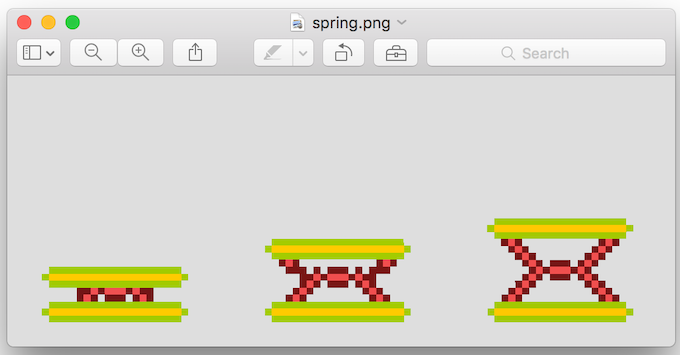 Fans - Makes you float in the air and rise slowly

Bumpers - Bounce you in the direction you hit it in. Similar to the pinball bumpers in sonic's casino zones! 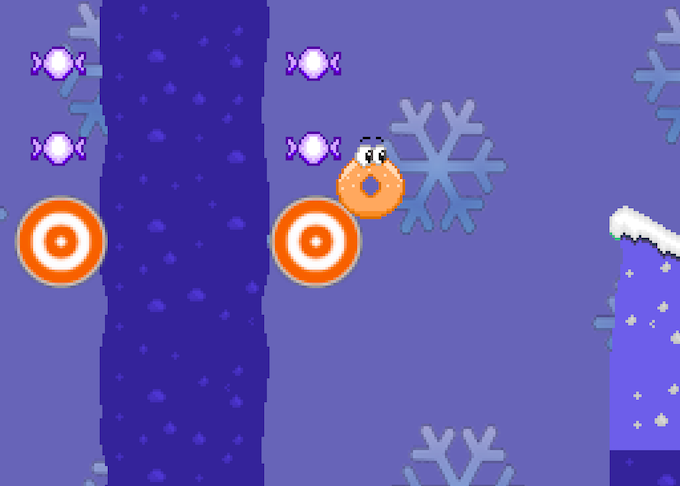 Clouds - roll onto a cloud to bounce up and move through the sky! 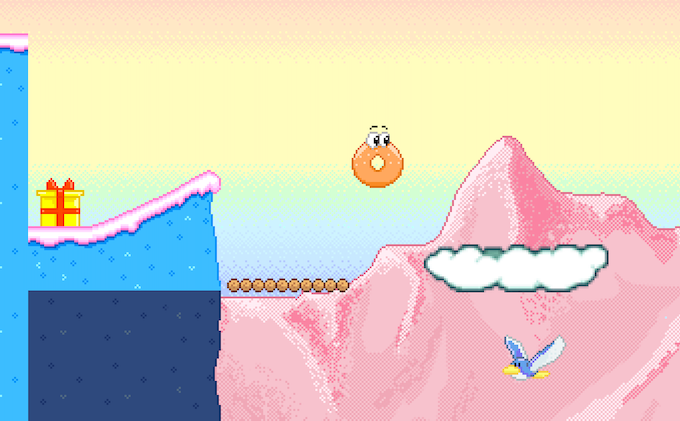 There will be 7 worlds, each with their own theme. Each world consists of three stages and one hidden EX stage. I won't spoil it all but here's some of the different themes you should expect to see in the game! 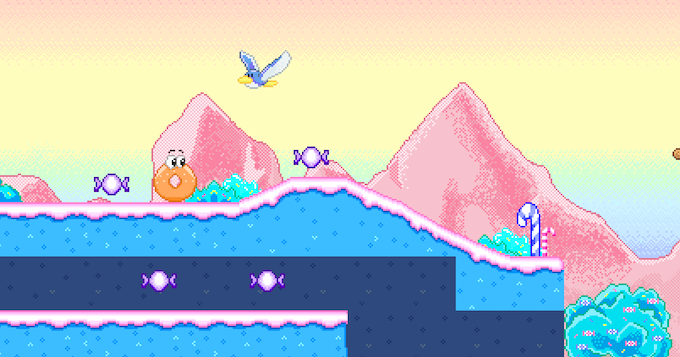 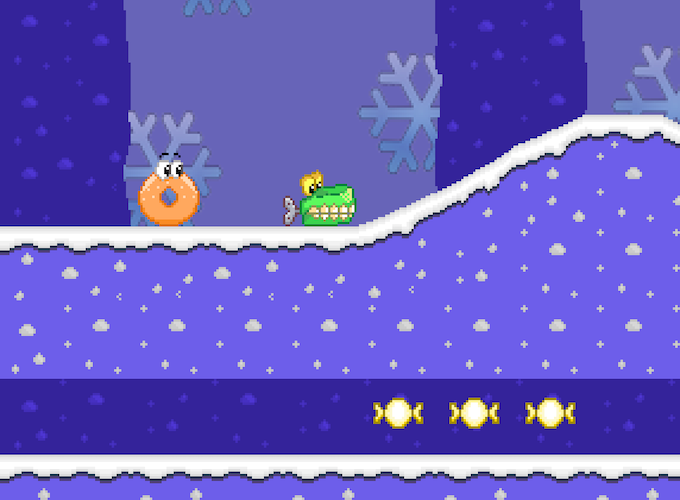 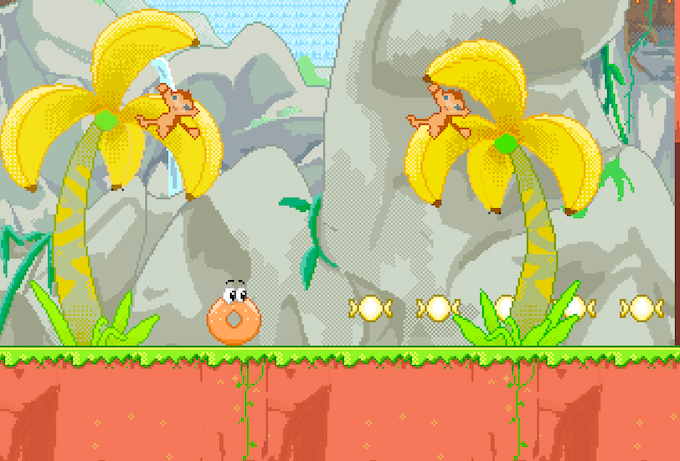 I don't want to give away too much of the game, but here's some of the levels I've currently made which are playable in the game as of now... 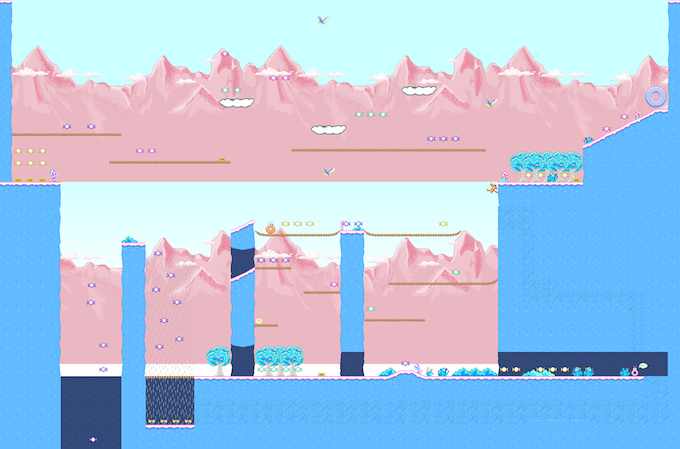