One thing we're asked often is, what changes have been made to the gameplay since Tremulous? Here's a look!

Listed below are the major changes, not including more subtle re-balancing or tweaks to individual attacks. We are changing things all the time, and things are still in-progress, so this list is only representative of what we've currently got done on the gameplay front. 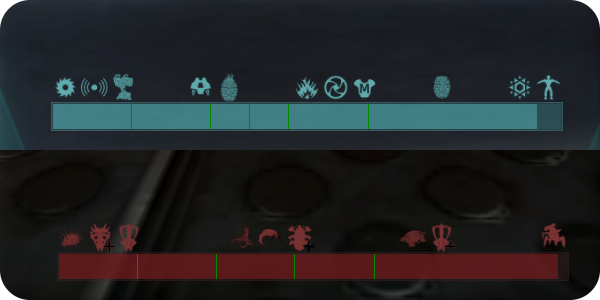 Momentum
The old stage system has been entirely replaced with a more flexible momentum system. As a team expands across the map and successfully takes out members of the opposing team and their structures, they will receive momentum, which unlocks upgrades in a linear fashion. However, momentum constantly drains at a slow, steady rate. This means that a team must keep expanding and engaging the other team, or else they will lose access to their upgrades. Our intent with the momentum system is to remove camping as a legitimate tactic, encourage base expansion, and prevent late-game stalemates. 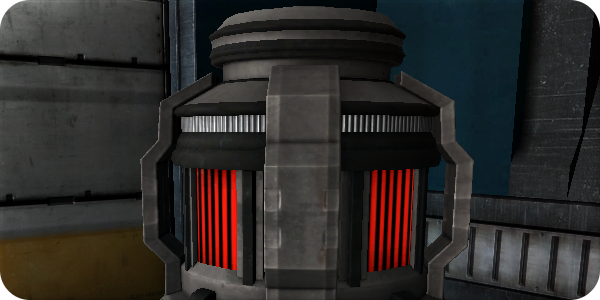 Resources
Instead of having a build point cap, both teams must build resource extraction structures to expand their bases. Humans have the drill, while aliens have the leech. These structures produce build points at a steady rate, and constructing multiple will increase this rate. However, they will lose efficiency if they're kept near each other, and must be built spread out for maximum effect. Attacking an opposing team's resource structure will hamper their expansion, making them highly attractive targets when attacking outpost bases. 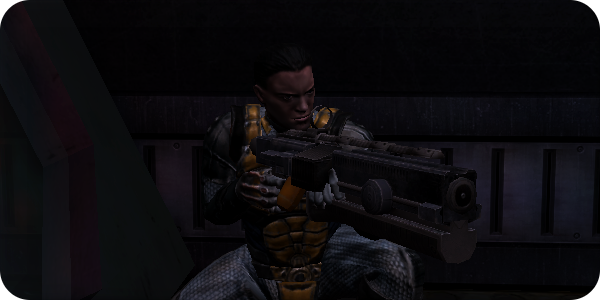 Detection
The underlying radar system has been changed so that it will always work as long as an opponent is within range, meaning that being behind a corner or a wall will not automatically keep you off the radar. However, in order to be picked up by radar, you need to be moving. Stationary opponents will not show up on radar for as long as the team's reactor or overmind is still active. This means that humans can now hide from aliens as long as they remain perfectly still, and aliens can still hide later in the game, even with fully equipped humans roaming around. 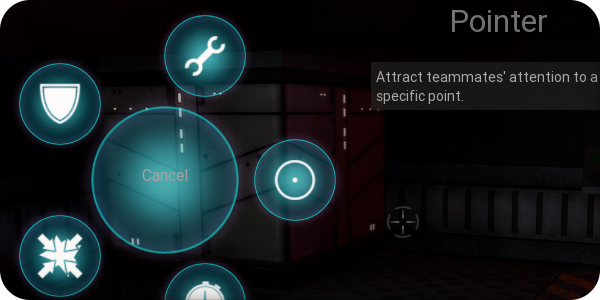 Beacons
Our new beacon system allows you to easily keep track of things around the map. Your base will be marked with a beacon, as will teammates. When you encounter enemies and their structures, they will be automatically marked for a short duration, allowing you to instantly share their location to other members of your team. These will be marked on the minimap as well, provided that the map you're playing on comes with one. You can also set off custom beacons to notify teammates of certain situations. 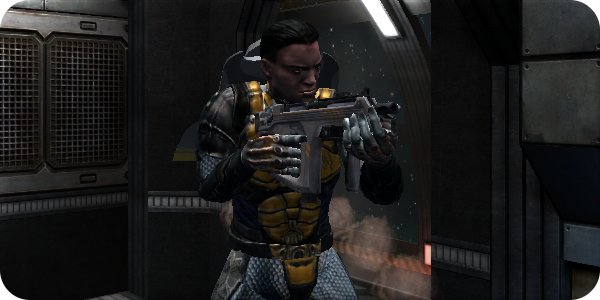 Upgrades
The jetpack now functions in a more mobile fashion, allowing you to soar through the air instead of simply hovering. It runs on fuel now, which automatically regenerates while you're landed. We've removed the battery pack, giving half of its ammunition bonus to energy weapons for free. The helmet can no longer be purchased as a separate item, but humans can purchase radar instead, and will provide the benefits of radar detection to nearby teammates. 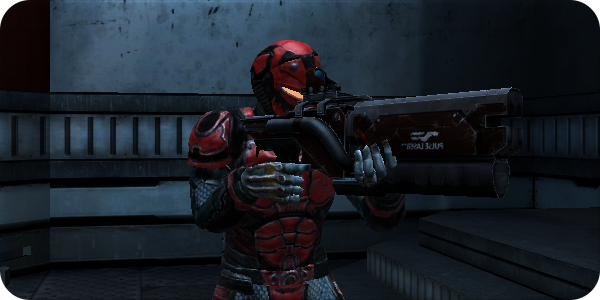 Armor
Instead of purchasing separate armor and helmet pieces, armor comes as whole suits. Humans have light armor, medium armor, and battlesuits available, with each being increasingly more protective and expensive. Wearing heavier armor comes with a cost in the form of increased stamina usage for sprinting and running. Medium armor provides a good tradeoff between protection and mobility, and still allows for crouching and the wearing of jetpacks. The armors are distinguished by the number of pieces visible on the soldier, and in the case of medium armor, red color. 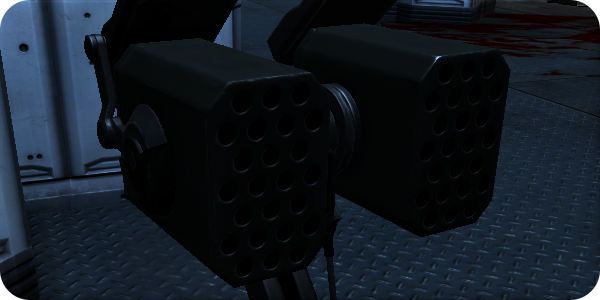 Structures
Humans have a new building, the rocket pod, which fires long-range homing rockets that deal heavy splash damage. Meanwhile, the telsa generator and defense computer have been removed, with the latter replaced by the ability of all human structures to slowly repair themselves while powered. Human structures require power to operate, and building too many structures in close proximity will require additional power from a repeater. Ammunition is automatically provided when you move in range of an armory, and is no longer purchased separately. 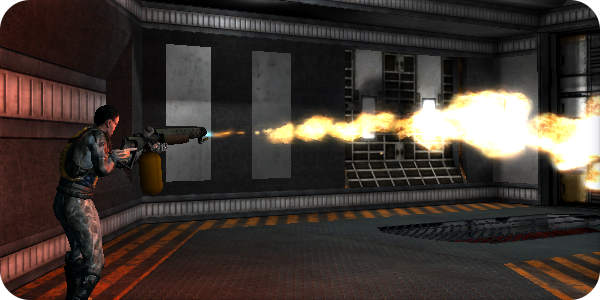 Flame
A new counterpart to the grenade, the firebomb, can be purchased fairly early on. When it explodes, it spreads fire in a large area, dealing constant damage over time until the flames go out. Fire will spread between alien structures, and will prevent them from healing for as long as they're on fire. This means that humans will be able to keep a tightly packed alien base from recovering between rushes. Humans can also spread fire by firing the flamethrower at the ground, or by using it on alien buildings. 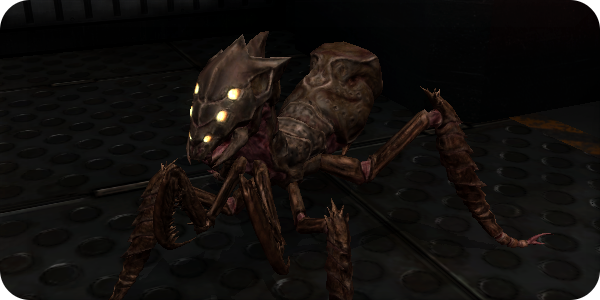 Mantis
The basilisk has been removed and redesigned as a new alien form, the mantis. Unlike the old basilisk, the mantis does not grab opponents and does not produce gas. Instead, it functions as a highly mobile, miniature assault form, meant to provide a better bridge between the dretch and later aliens while still being cheap enough to learn easily. The mantis comes with a leaping ability, which allows it to instantly jump forward a considerable distance, often putting it at just the right height to attack a human's head. Instead of charging up, it has a cool-down. 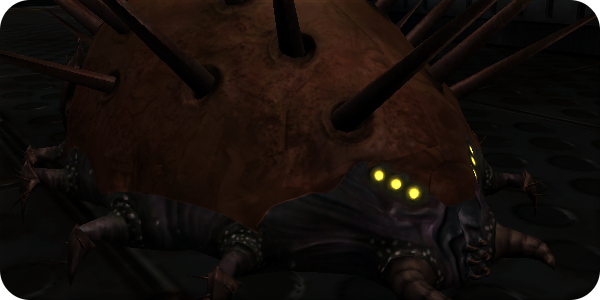 Structures
Aliens have a new building, the spiker, which acts as a living proximity mine. It will spray highly damaging spikes in all directions, with several spikes being enough to deal a lethal blow to an unarmored human. The spiker will then take some time to reload itself, leaving it vulnerable to attack. Grangers can build multiple structures at once, as the building delay is shorter than the timers of the individual buildings being constructed.