Subterrain has been updated to version 0.6. We have changed our main background theme into Mars! This allowed us to focus our feel towards more science fiction and introduce many other interesting game play elements.

We have introduced many new features and fine tuned previous game play. 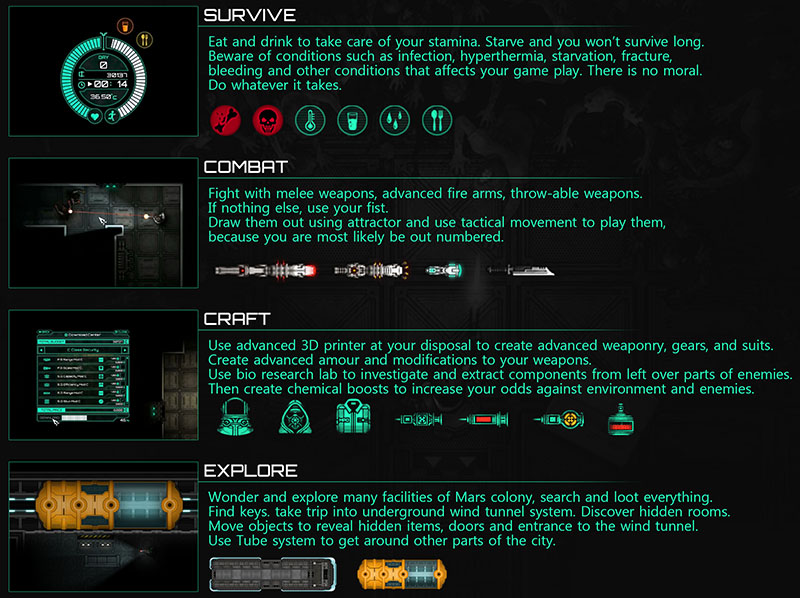 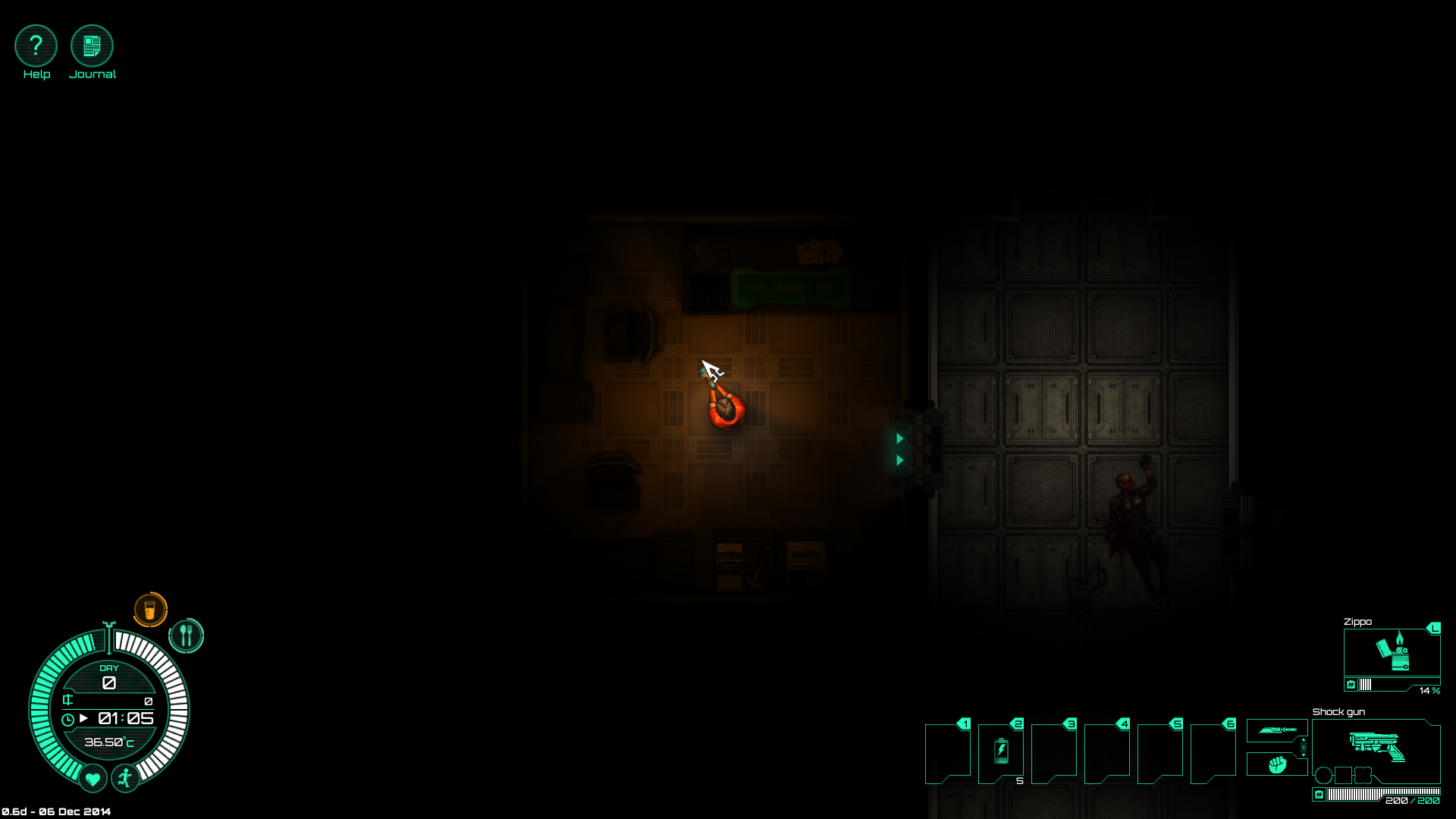 Example of getting infected ! 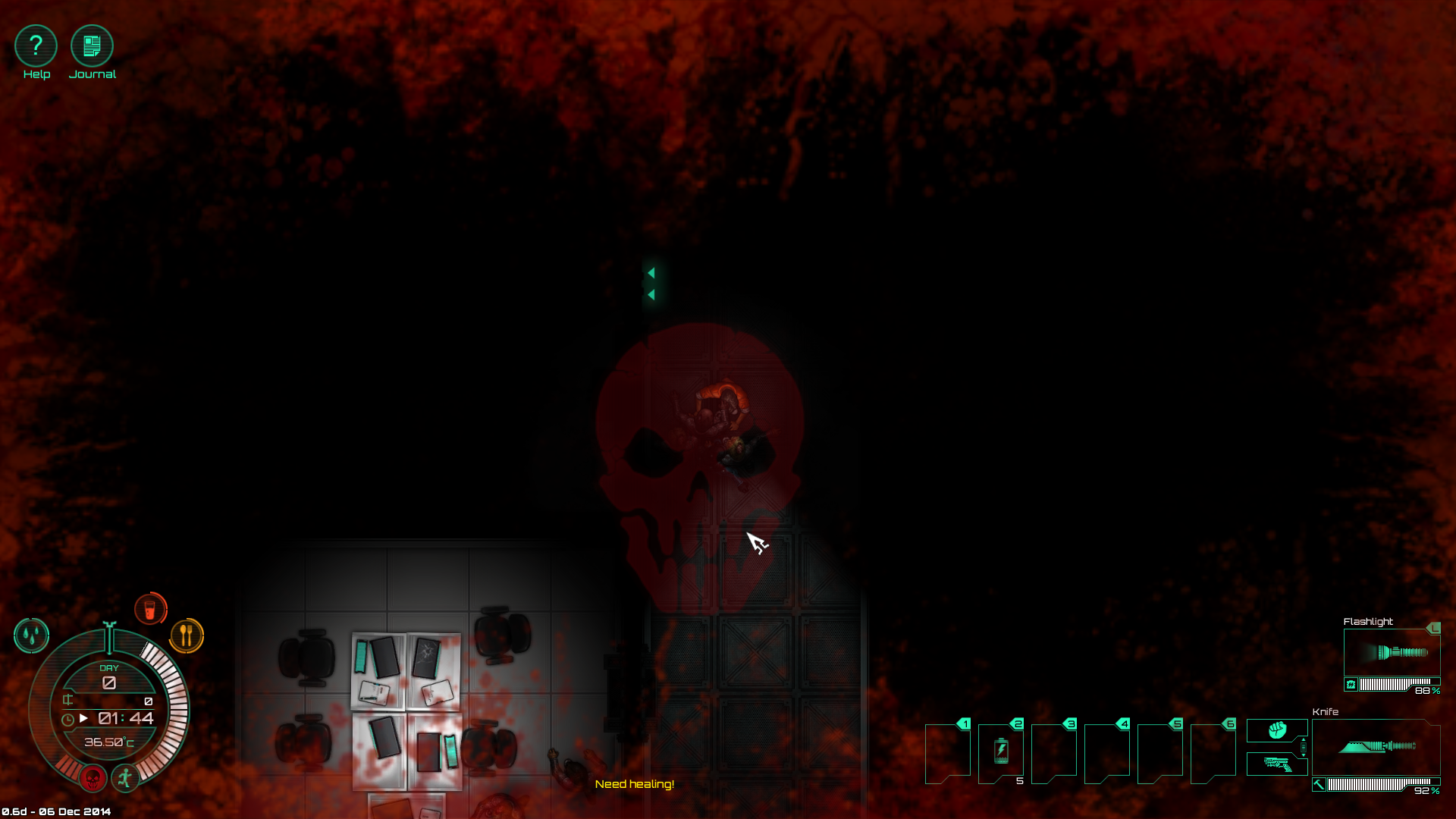 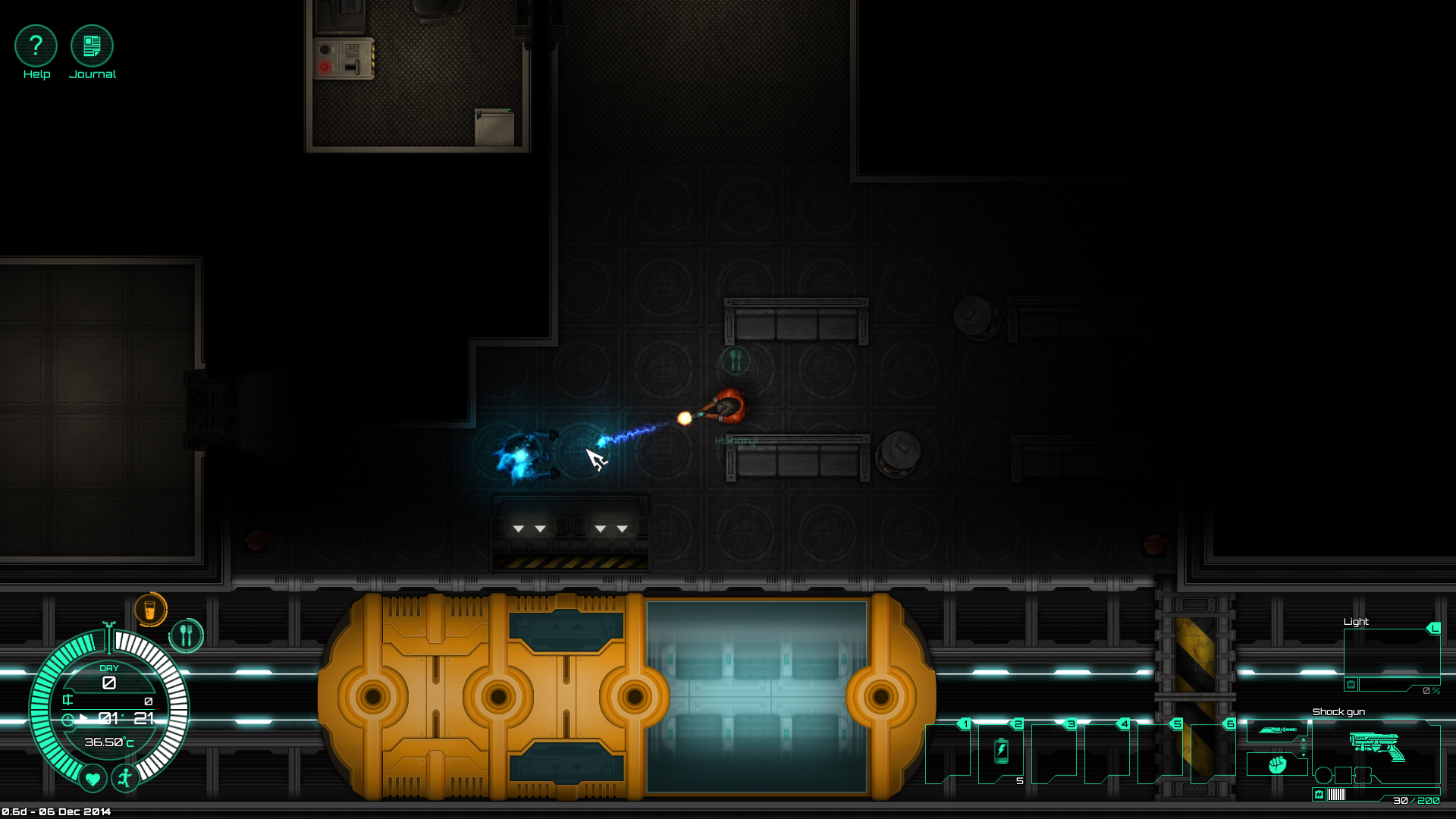 We are now close to hitting Alpha milestone. We also plan to launch a Steam Concept next week and we really hope we can get even closer to the players around the world!

The next version will feature :

Thanks everyone who has been testing and giving us valuable feedback!

We are thinking of how we can help player from not getting lost too much vs letting the player to explore unknowns.

The suits - you may be able to find one, but you could really just create one using 3d printer.

Medicals - We have just adjusted spawn chance a bit easier but we need to constantly try and balance things so your comments are very well received.