Relive the life of a Hollywood stuntman as it flashes before his eyes. Crash, explode, catch on fire, crash and crash again before finally you succeed... Then it’s on to the next stunt until, at last, you come to his final leap. Failure is just as glorious as success as you flip, fly, crash and succeed.

Impressive vehicle list – Unlock and master 16 vehicles, from bikes to monster trucks, each with its own unique characteristics

Extensive “addon” system – purchase add-ons to your vehicles and gadgets including nitrous, ejector seats and car parachutes for rapid braking

Return to improve your score – return to levels you’ve beaten and use your add-ons and unlocked vehicles to find alternative solutions and previously unreachable collectibles.

Comprised of former Blue Tongue Entertainment employees, Paul Baker wanted to use his experience as a lead programmer in a AAA studio to create something of his own. Chris Burns approached him and they started working together, with Drew Morrow joining the fold as the studio really took flight.

Paul and Chris share a mutual love for cars and motorcycles, and they wanted to explore that with Stunt Star: The Hollywood Years. What started out as a simple idea of a 2D car going over a jump has quickly turned into a full garage of vehicles, along with a full set of customisation options that mirror their passion.

The team believes in delivering raw gameplay rather than narrative-driven experiences. By offering a large amount of player customisation, each player can enjoy a unique gameplay experience. While the team is looking to branch out with something new for their next release, they feel that player customisation is something that will always be important to them. 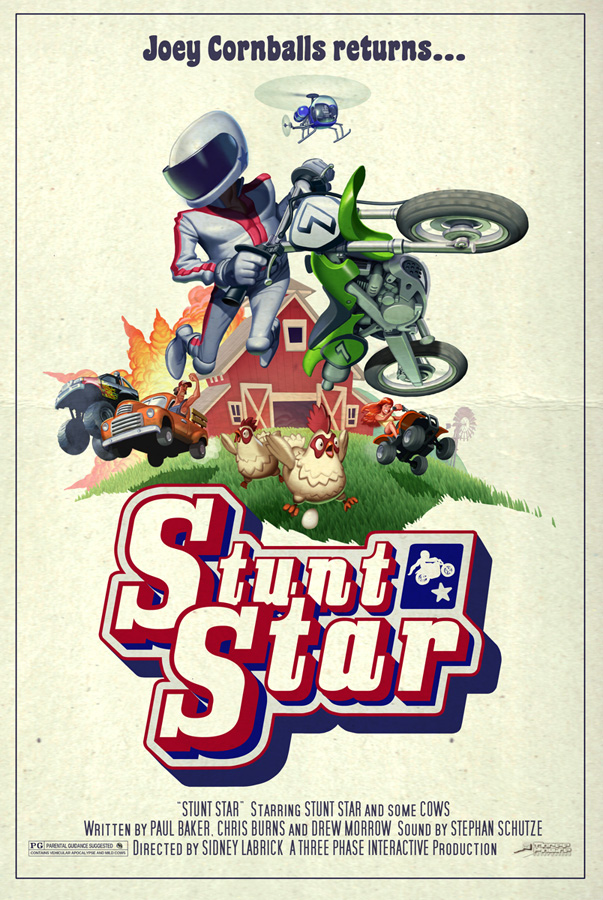