The time has come to release Strid open alpha version 3. What is Strid and what is new in this version?

Strid is an online 2.5D Shooter that has been in development since June 2016. It is written by me in C++.

The game is all about fast, unforgiving action with intense infantry and vehicle battles. Teamplay is an important factor as the various classes must work together in order to win the battle.

Whats new since Alpha 2? Most work has been put into making the game look prettier, these are the biggest changes:

Explosions now look a bit more interesting, and there are actual light-effects from muzzle flashes and explosions. 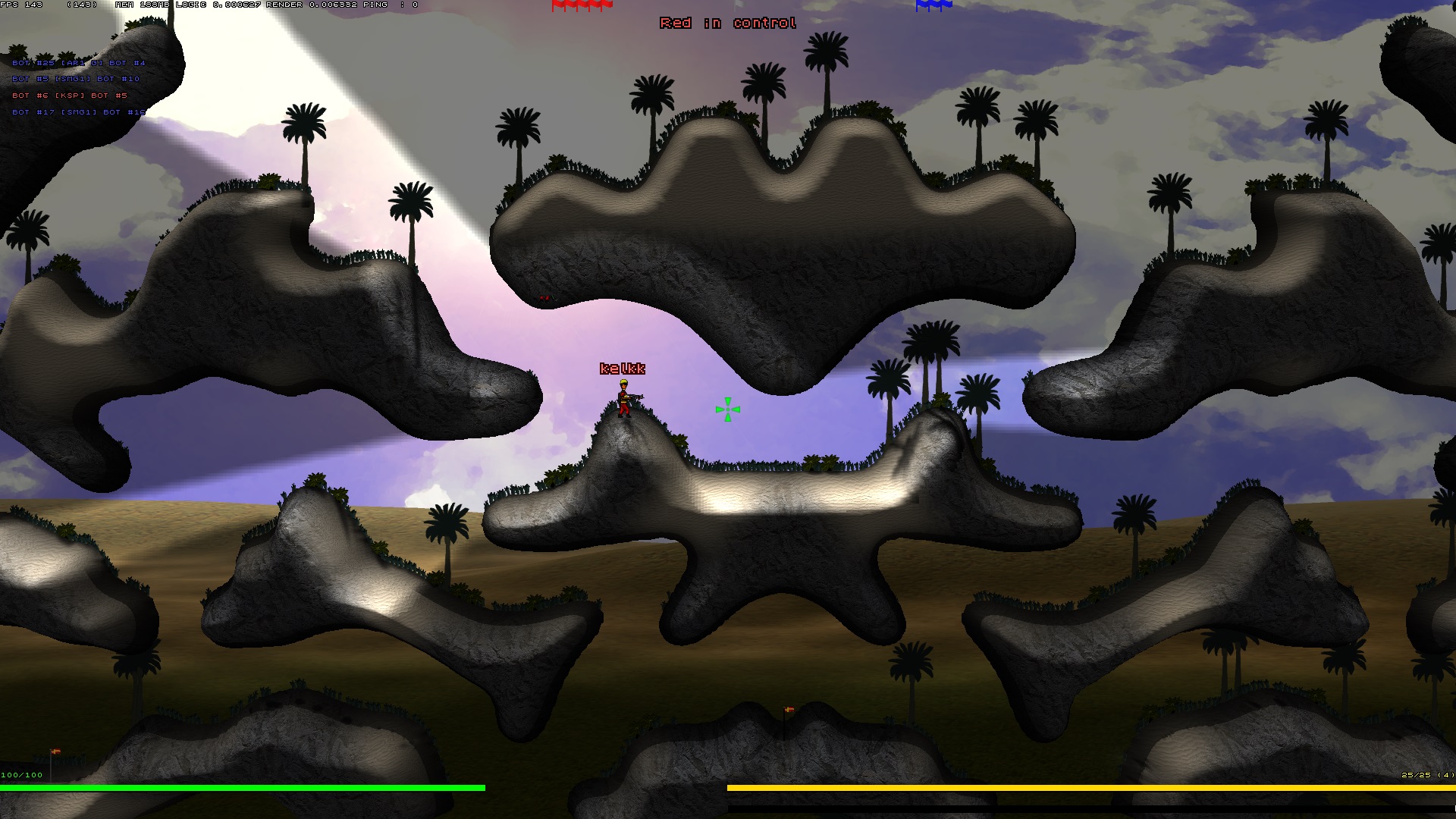 An important element in Strid is the fog of war. Players and vehicles occluded by terrain from the player's point of view will not be rendered. The fog now looks a lot better with a transparent gray color compared to the old simple black overlay. The fog letting background objects pass through, such as grass and trees, and the background makes for a lot less claustrophobic experience. The old black fog would make the game look very dark. 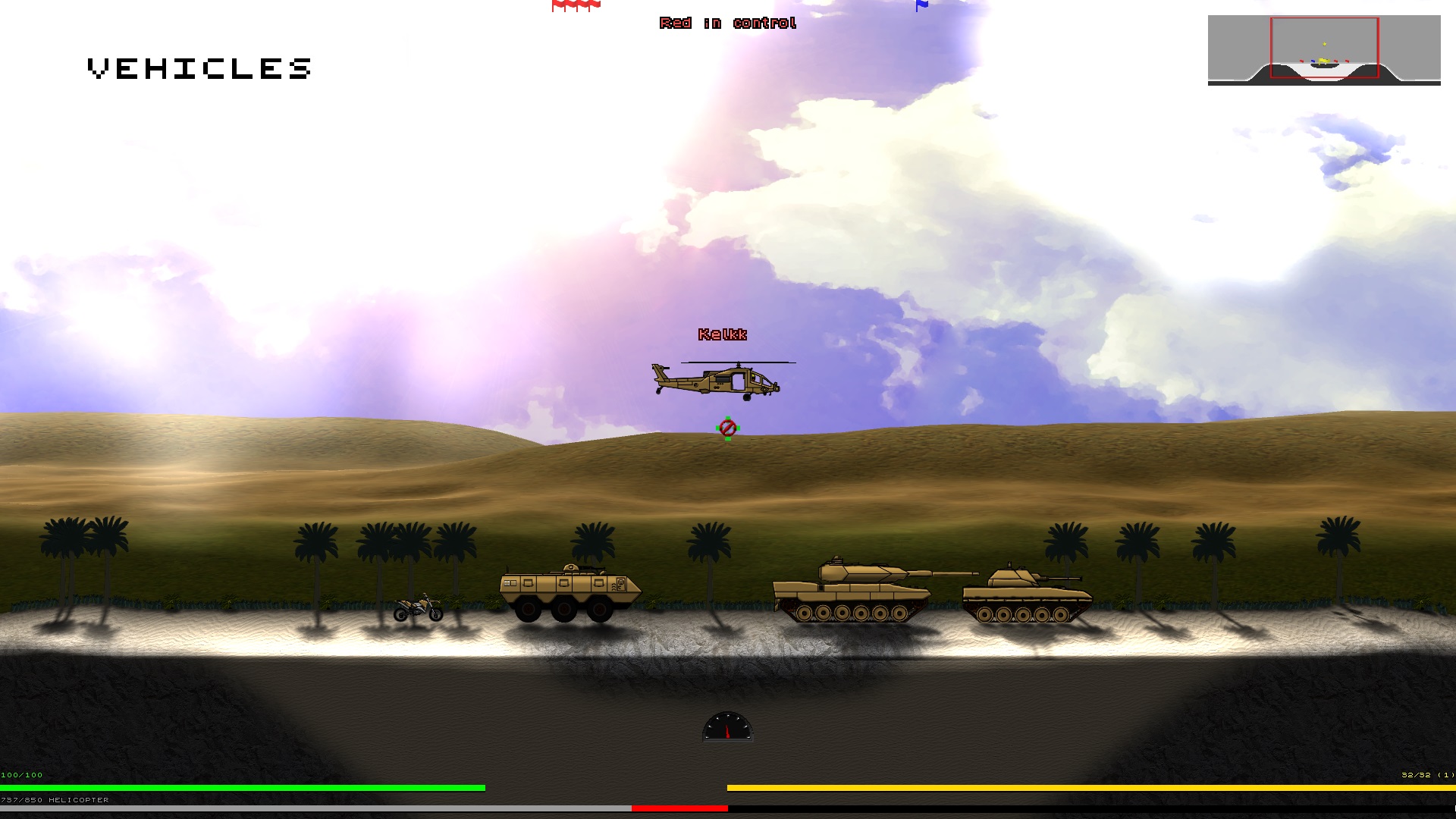 Lighting is now calculated offline for any model that has a normal map, and pasted on to the texture used in-game.

The shadows now have varying transparency and will blend together.

Much work was put into making the background-scene look nicer. There is now an effect that will make the sun brighter the closer the crosshair is to it. There are also clouds in front of the background billboard that move slowly.

Individual wheels of vehicles can now be blown off without anti armor weapons. This may cause the vehicle to start pointing upward or downward depending on which wheel was destroyed, making it difficult to aim. It will also slow the vehicle.

Bots will now follow the squadleader if it is a human player, adding a slight teamplay feel even when playing alone. 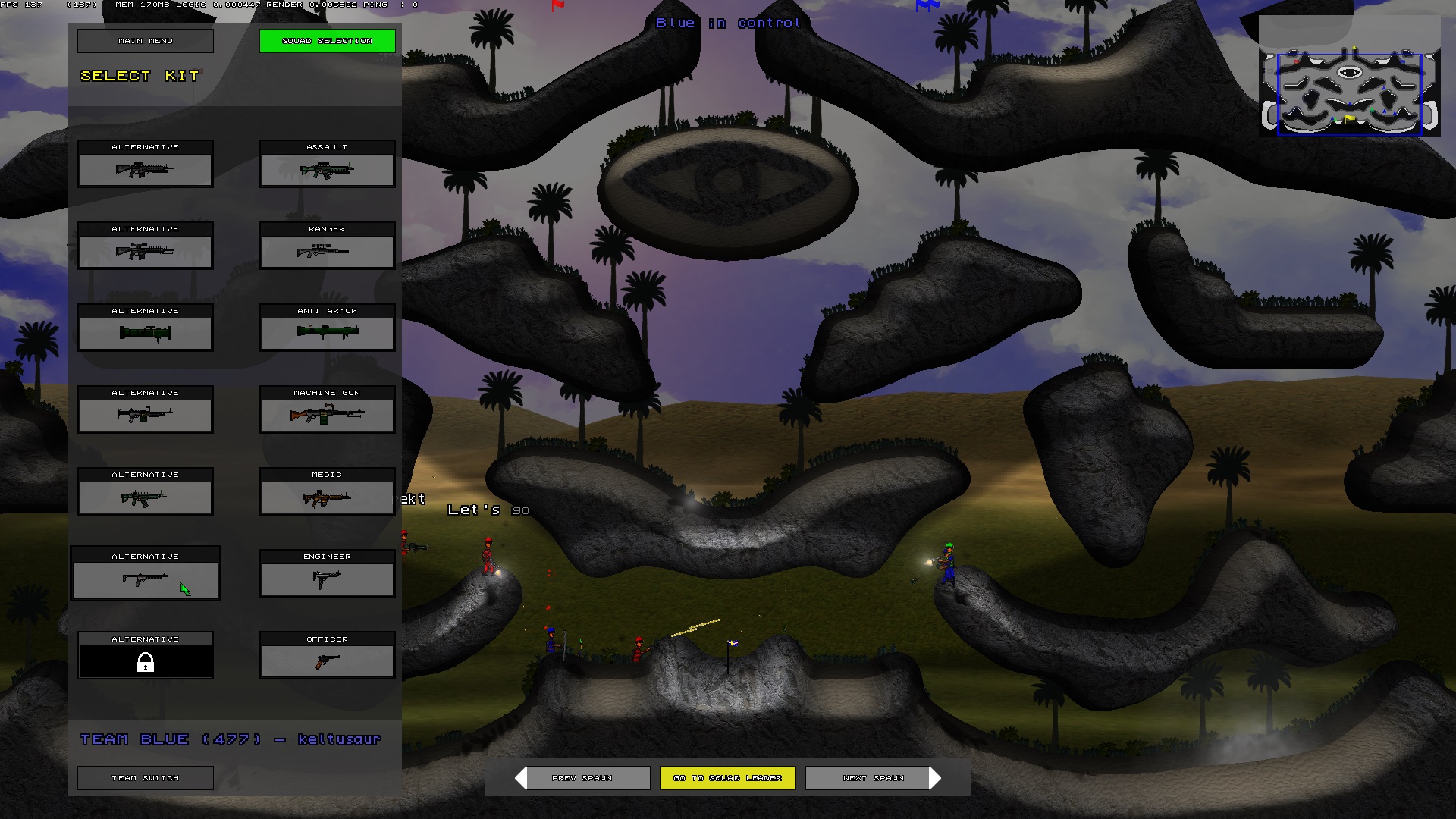 Some work was put into framing the Graphical User Interface a bit nicer.

Thanks for reading :) download the game here if it seems interesting: