Giving you two new, interesting mods this week. The Strangesteins offer a rather wild array of environments and enemies (made with the famous StrataVision 3D software) and are well worth playing.

Hey there! As usual we've got two new mods for you this week, at least sort of, since the two Strangesteins (as they are actually called) obviously share certain similarities. They're still separate mods though and you're getting both here, so read on.

The Strangestein mods are an interesting entry in the Mac history of modding. As is often the case, little is known about them. Made by George Rodriguez (a fairly active modder at the time, responsible for such massive hits as Bin Ladenstein or Bin's Hole), they don't come with much in terms of documentation or storyline. One is certain though: you find yourself a stranger in a strange land, facing an eclectic ensemble of enemies among curious environments with reversed Nazi swastikas and wa-a-acky sounds.

While the first Strangestein is rather odd, having only one map that doesn't even feature all of the new content, Strangestein 2 is the proper mod here, bringing fourteen new maps and a bunch of new sounds alongside even more graphic changes (StrataVision 3D was used for some of those, especially enemies) and new interface elements. Enjoy. 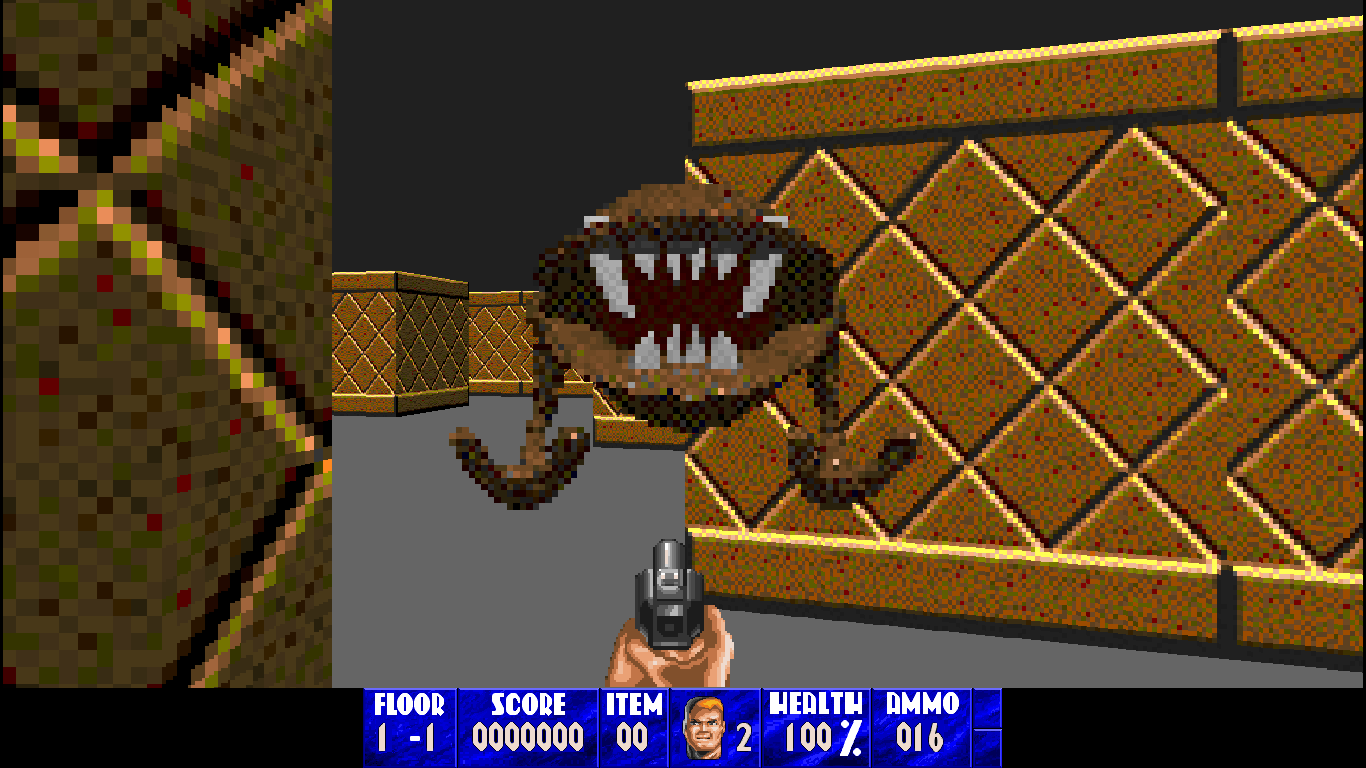 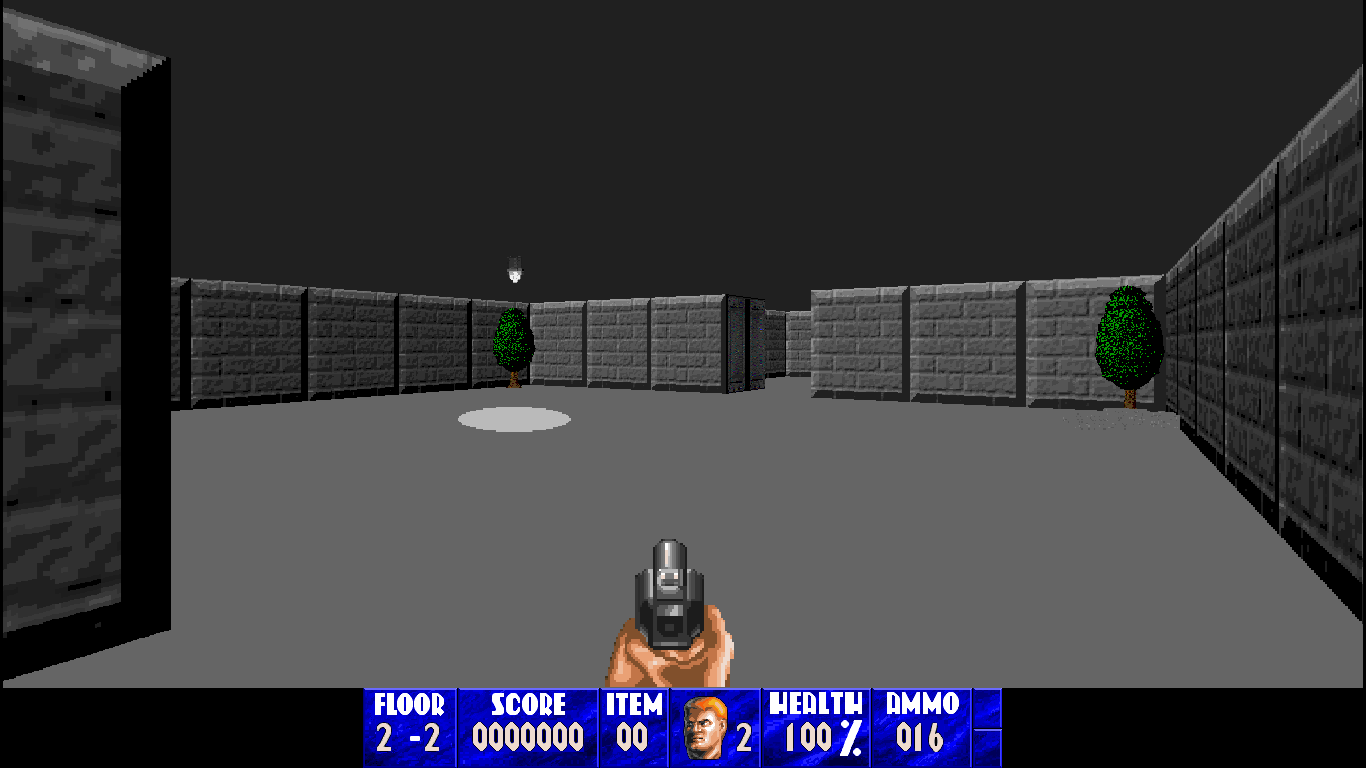 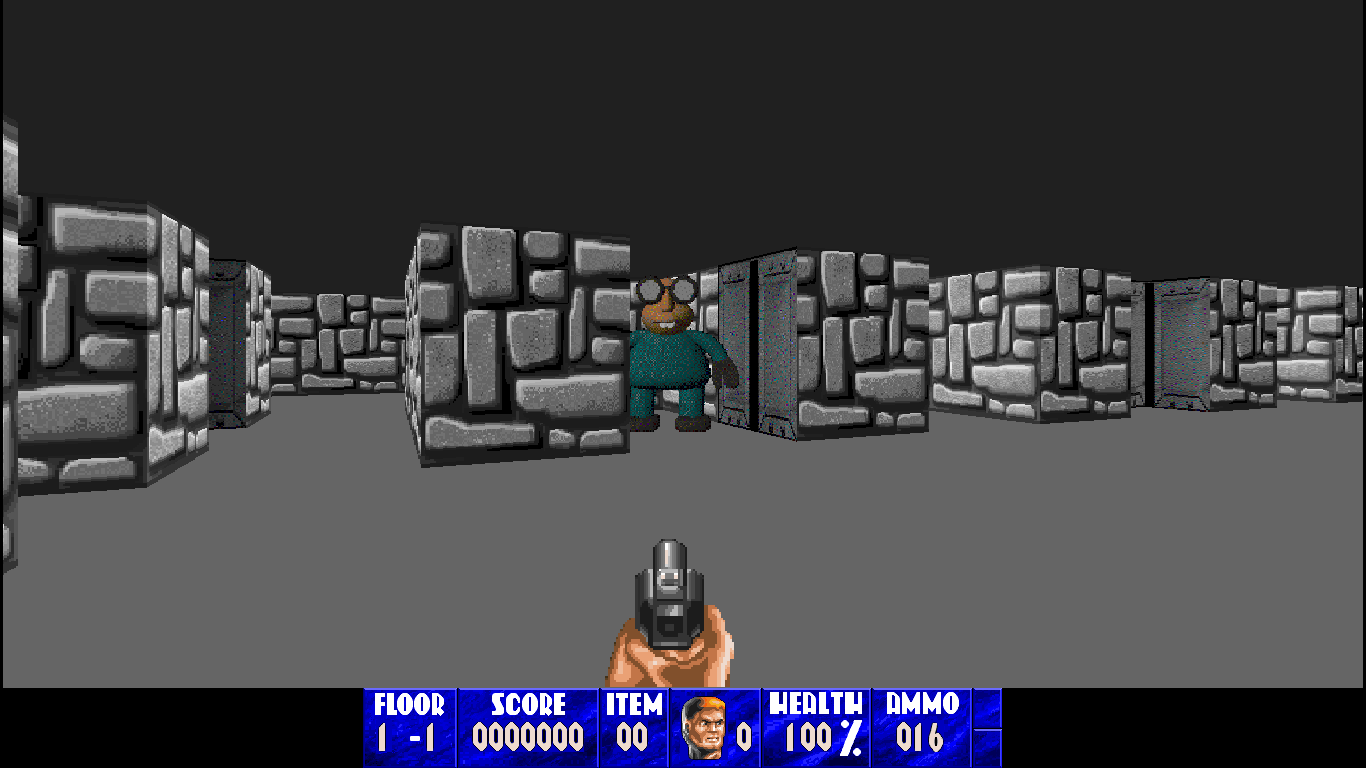