We talk about what the Foxhole dev team is working on including the Storm Rifle, Player Profiles, and more!

Foxhole is launching into Early Access as a paid title on July 27th! There will be many new features coming at launch including Tanks and other exclusive content. As we discussed on our Devstream, if you want to support the development of Foxhole then it's important to buy the game on July 27th and be as active as you can playing the game in the days after launch. If you aren't in the position to buy the game at launch, we certainly understand and hope that you can continue to be part of the community nonetheless!

We're super busy right now preparing for Early Access, so this post will be kept short. Don't forget that after we launch into Early Access, we'll be continuing to update and support Foxhole just as much as we've done during pre-alpha (if not more). We'll be back in two weeks with more to say about what comes next!

A new weapon is coming for Early Access! It'll be the closest thing in Foxhole to an assault rifle and will offer two modes of fire (if you don't count the Rifle Grenade Launcher). It can be toggled between semi-automatic and fully automatic modes, making it effective at both short and long range. Expect some trade-offs though. The Storm Rifle will be heavy, cost additional resources to produce, and will have high recoil in automatic mode. See the image below for more details. 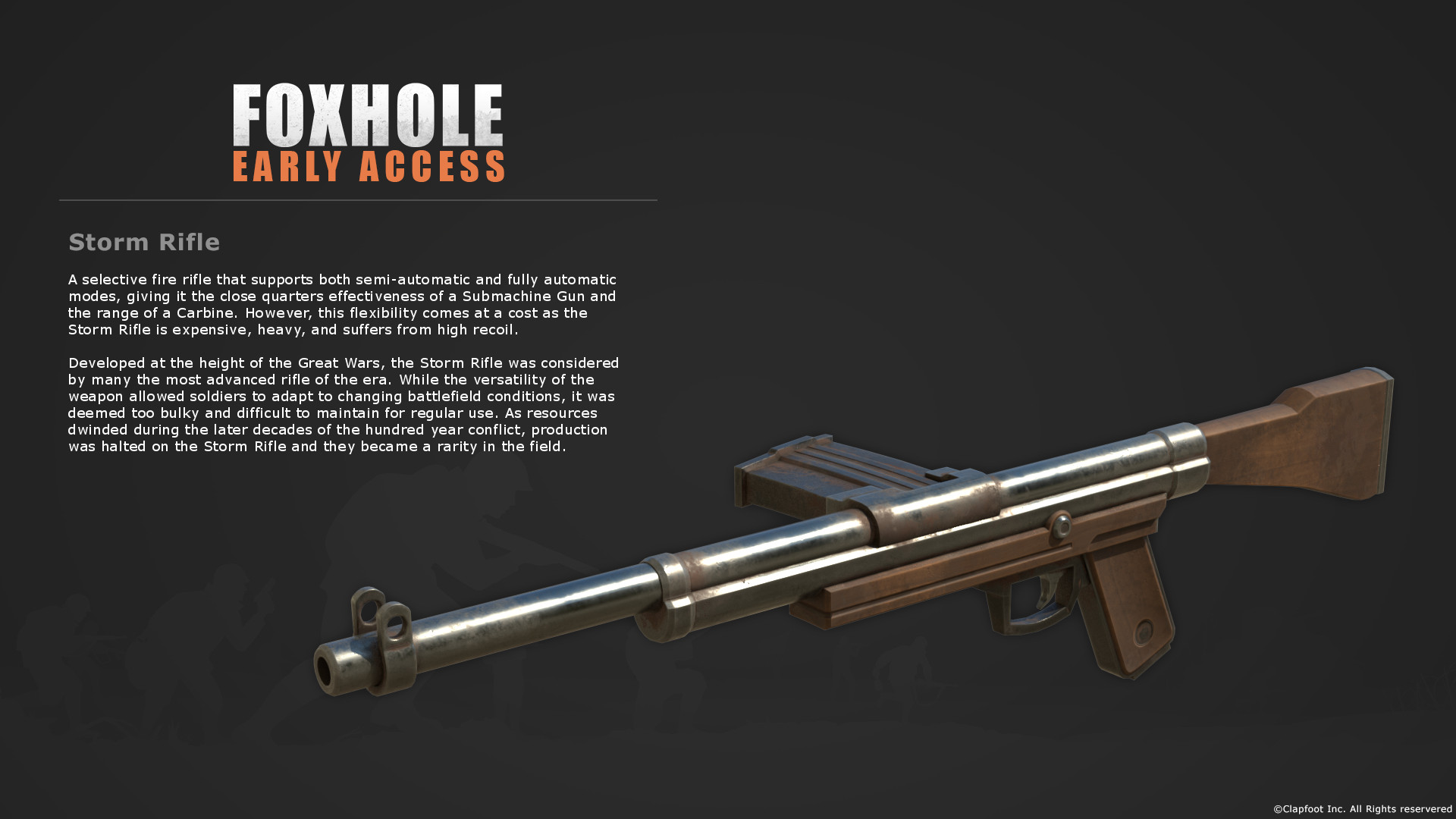 The Storm Rifle will have two modes of fire

We've talked about the Field Machine Gun enough in the past, so I'll be brief here. I just wanted to highlight that it will be one of our Early Access launch features. Here is a render of the final in-game asset. 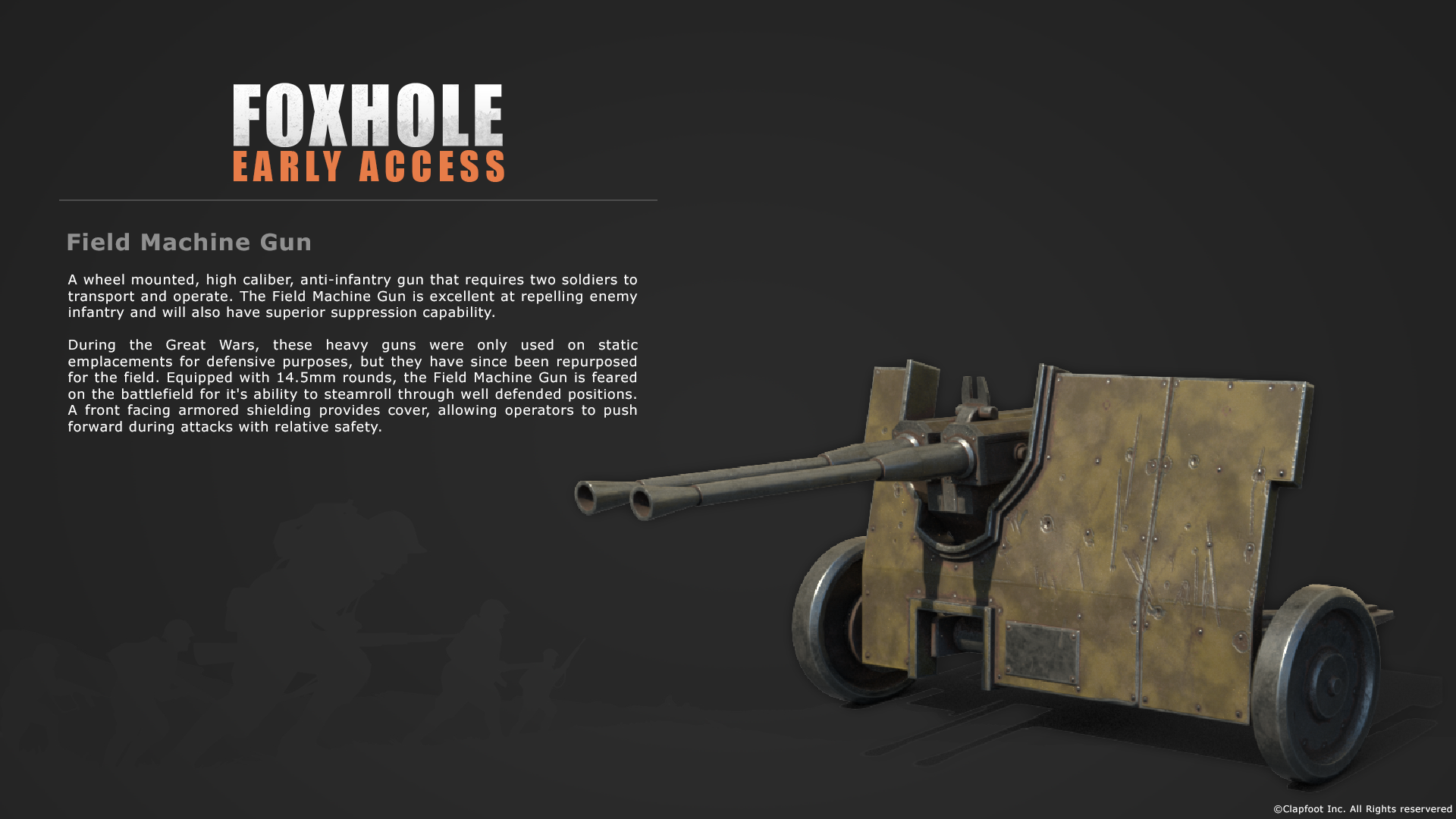 The Field Machine Gun will finally release with Early Access

Last fall we began working on a feature called Player Profiles, which was designed to give players a sense of persistence and progress for their characters. It was discussed in detail in this past blog post, but it essentially allowed you to input some information about your character, and your character's "stats" were reflective on how you played the game. We actually implemented much of the back end logic for this feature at the time, but it got put on the back burner as we got busy with other things. We've always felt that Player Profiles was and important part of Foxhole, so we're implementing a very basic version of it before Early Access launches, with the intention of building on it in the future.

Much like the original feature, players will be able to input basic information about their character, such as name, bio, and clan profile. Players will also be able to select a profile picture, but options will be limited at first. One of the first additions we want to include after Player Profiles has gone out the door is for players to be able to earn medals and reach other milestones that they can be recognized for. There's a lot of directions this feature can go in the future. Let us know what you'd like to see from Player Profiles in the future.

As we approach Early Access, we've been switching gears and focusing more of our attention on launch preparations such as making promo banners, cutting a trailer, reaching out to the press, and working out the technical logistics of release day. You can see some of our refreshed banner art below. 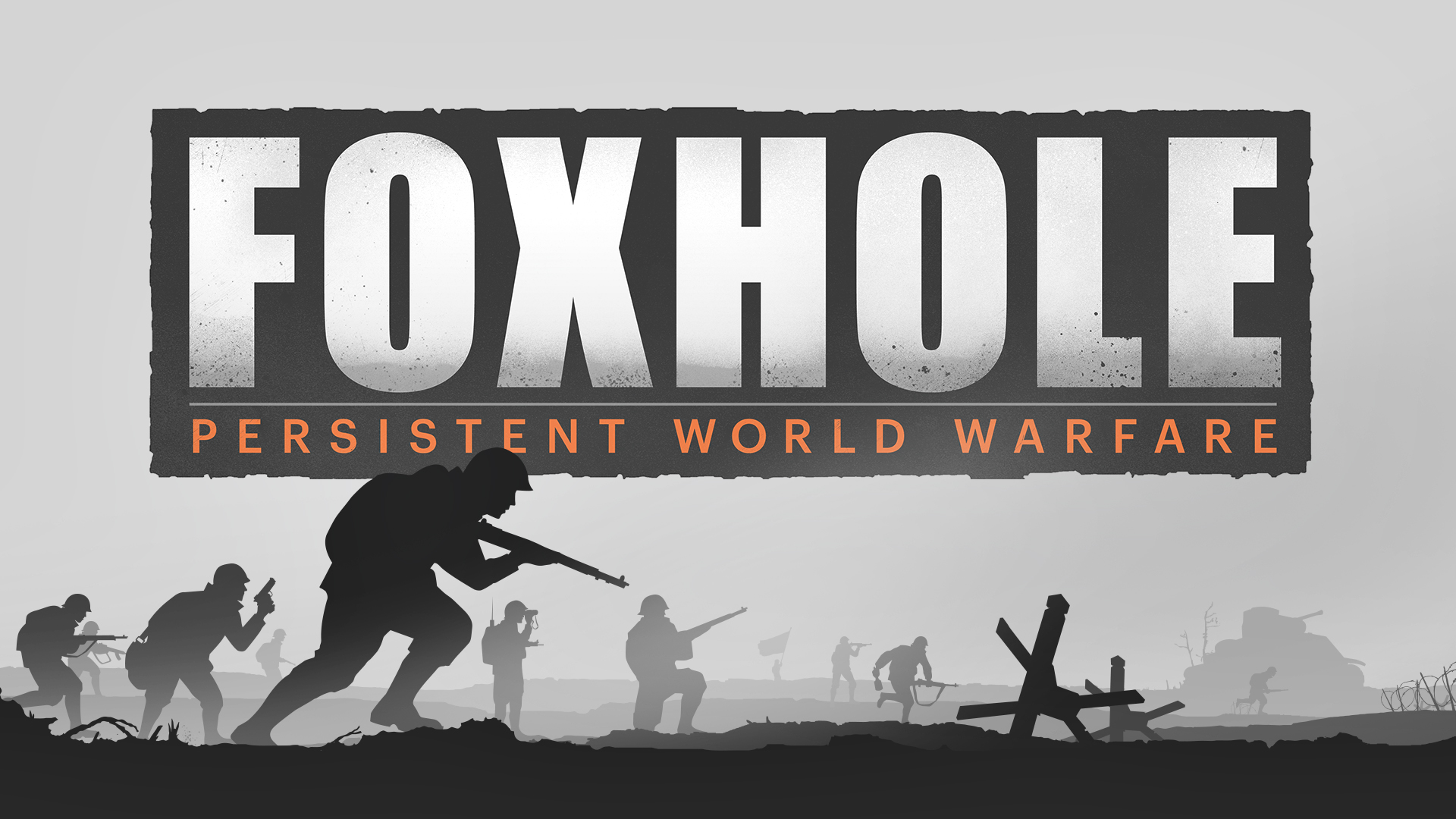