The Mandalorian Reforms mark the cultural shift among the Mandalorians that started with the adaptation of the Shock Trooper Codex.

The Mandalorian Reforms mark the cultural shift among the Mandalorians. At its core, the Reforms focus on the adaptation of the Shock Trooper Codex which replaces older teachings or incorporates them. 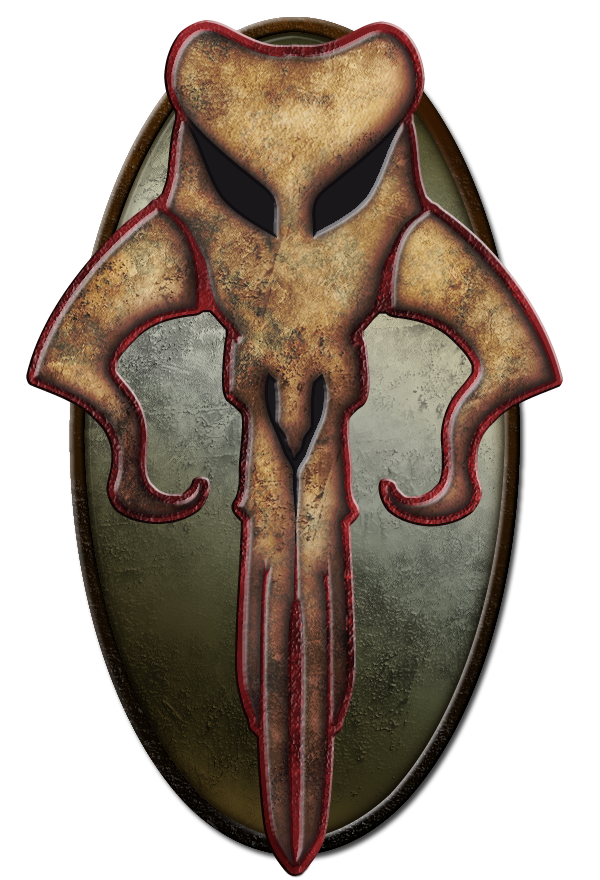 The common Mythosaur has been replaced. The symbol represents the more organized and streamlined nature of the Mandalorians without leaving behind old traditions.

Mandalorians of all manor will easily adapt to the new tenets as many virtues are already familiar with just a few new editions and a few old traditions modernized.

All regular military strike forces are flexible in nature and all round to optimally perform in battle, even in the hands of an inept commander.

The mainstay of most Battlegroups is a powerful Star Dreadnought that is supported by strong Capital Ships. These are surrounded by Line ships, Line ships that protect the Support vessels.

Mandalorian Legions are standard in nature for ease of use and increased flexibility. Customizing legions is only allowed outside the standing regular military.

Droids act as support units in the military, but are considered soulless in general and unfit for battle, their place shall be to serve as reserve troops and support.

As mentioned earlier, the armed forces exist out of two parts. The actual military or "regular" force, is the standardized existing military that belongs to Mandalore itself. The second part of the military is the "irregular" these are the joint forces of allied commanders, Mandalorians who own a private attack force or reserve units, the irregulars are part of the Mandalorian military if needed during wars, irregulars are let out of service after the war has been concluded.

Military Training/Equipment
The current military has been reformed and made more up-to-date and professional. During a call to war the surplus of new warriors joining in for conquest will receive a modified field training to quickly get going.

Military equipment and combat platforms are made to last and be quite powerful. Older units are gradually phased out as newer variants are being made available.

Combat platforms are generally very versatile and flexible with emphasis on firepower and durability instead of speed, though exceptions are made for the commander seeking increased acceleration.

All standard military personnel will receive training in non-military activities. Policing, constructing, commanding basic facilities and other infrastructure supportive actions as needed. Of course, no military can be trained to master all of these activities so further training will be given as the situation demands.

The above is to make sure Mandalorian warriors are effective in an occupation role and aid in the reconstruction of a stable government.

Homeworld Defence Initiative
Borders will be closely guarded, never will more then half our Navy be outside it. Advanced sensory equipment, defences and vessels will be placed to defend our territory. Emergency shelters and civilian armament facilities shall be constructed in many areas where a militia will go to and arm itself and distribute arms to other civilians in defence of our worlds.

The militia will be trained to understand the basics of most arms, some vehicles and weapon emplacements.

Task Forces exist out of smaller units that can still match bigger forces if properly supported and in larger numbers, their rapid response is their most important feature.

Homeworld Defence Squadrons are larger and more powerful, suited to stand their ground and protect Mandalorian territory for every inch.

Defences are gradual, small defences are mobile to support an occupation cheaply yet effectively should it happen. Medium defences are unmobile to be made more effective whilst still retaining their low price. Heavy defences are not built without second thought, they are large and expensive with the obvious intention to remain in a set location for long periods.

HADES, the Homeworld Aggressor Defence Emplacement System is the name given to sum total of all defences in a system.

Infrastructure of War
Production facilities of all these elements will take place in large hybrid operated war forge facilities placed on a select few worlds, hybrid facilities house both organics and droids.
The majority of the quality arms, vehicles and starships will be built in the war forges.

Battle smiths will be a smaller, cheaper and more numerous variant of the war forge and will focus on constructing the more exotic equipment used by the irregular forces.

Further standing and old Protocols are scrapped and to be replaced with the exception of the Security Protocol.

The Strategic and Tactical Military Command structure will be reformed to better accommodate for the changes.

Ranks
If a Mand’alor is judged unfit for rule, his second-in-command the Field Marshal may request a Mand’alor is removed from office for a time period running up to a week. For this, the FM must have popular support. This can come from the people, other commanders or himself is the FM’s reasoning is powerful enough.

Once the Mand’alor is temporarily removed, the Field Marshal takes over during the time. Trials will be held to decide if Mand’alor will return or be stripped of his title.

FM’s may only use this power once every month if they present a reason along with it.

If a Mand’alor returns, the Field Marshal may not be punished for his actions if they were found to be just by the people or other commanders. Otherwise everything other then invoking death is allowed as a punishment.

If the Mand’alor is stripped of his rank, the people and other commanders shall select a new Mand’alor. Until such a time, the FM may act as a regent and even be selected as the new Mand’alor.

Mand’alor may try to regain his lost title through various means. Battlecircle, trials, combat and rank.

The reformed military knows three ranks that all Mandalorians recognize.

Protector
An honorary title given to the best warriors of Mandalore, to be a Protector is to be immortal. Often given to Mandalorians who sacrificed everything for the love of their fellow warriors, Protectors act without self-interest.

An Protector may commandeer the local military forces in battle, but primarily acts alone.

Beskar Shards
Rare and powerful, considered by some primitive cultures to be either the blood or the bones of the Gods they worship. Beskar is a powerful substance that few Mandalorians can gain and use to build weapons and armor from. To promote acts of heroism and get the best out of warriors in battle, Mand'alor will bestow Beskar Shards upon the soldiers whom prove themselves.

With the Shards, anything can be made the warrior deems fit but for the greater and bigger things like armor, one shall have to fight in many battles to earn them.

The irregular forces are the personal military of allied commanders, brought under the command of Mand'alor through the Strategic and Tactical Military Command, the SATMC. Their purpose varies but the irregulars are generally auxiliary support units that supplements the military.

Mandalore and the Clans
The Mandalorian people, shall have a government led by a Mand'alor at times of war. Mand'alor is a servant of the people, all he does is to advance their standing, power, glory and honor within the principles of the Shock Trooper Codex. The Mand'alor may not advance personal goals.

Commanders may be the leaders of a Clan, the Clans all answer to Mand'alor at times of war. If a commander is disobedient, the Clan is unpunished and may shun him. If a Clan supports the commander it brings dishonor upon itself and may become cast out from the other Clans.

The Clans follow their own government types set by their chieftain, nomadic to centralized but when a Call to War is issued by Mand'alor they will adhere to the government structure he sets. The Call to War ends when there is no battle for a set time or Mand'alor ends it.

Commanders always answer to Mand'alor at times of war, their advise, opinions and/or thoughts may be heeded or ignored by Mand'alor.

Mandalore serves as a capital during war and peace. During peace each commander and Clan is responsible for itself but will always receive help from other Mandalorians if needed. if a Clan or commander conducts actions in name of the Mandalorians during war, it will be settled Mandalore. 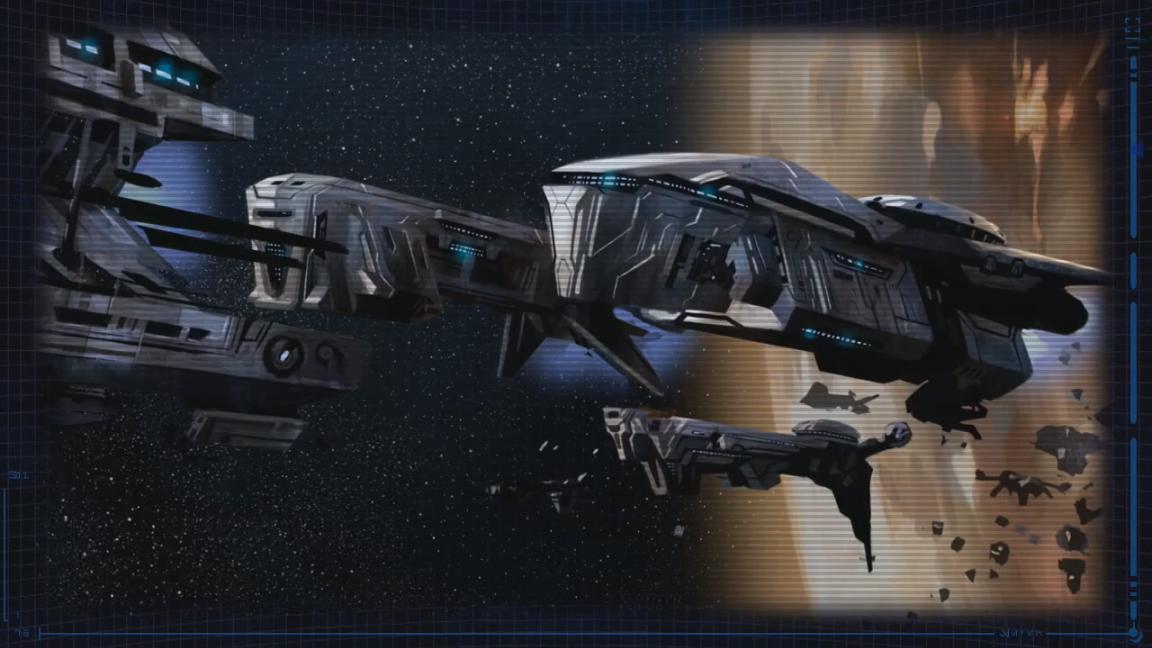 On the Dxun moon, heroes of Mandalore slumber in their tombs. These heroes have done great things for the Mandalorian people, they have achieved immortality and have found themselves a place in history. That they never may be forgotten. 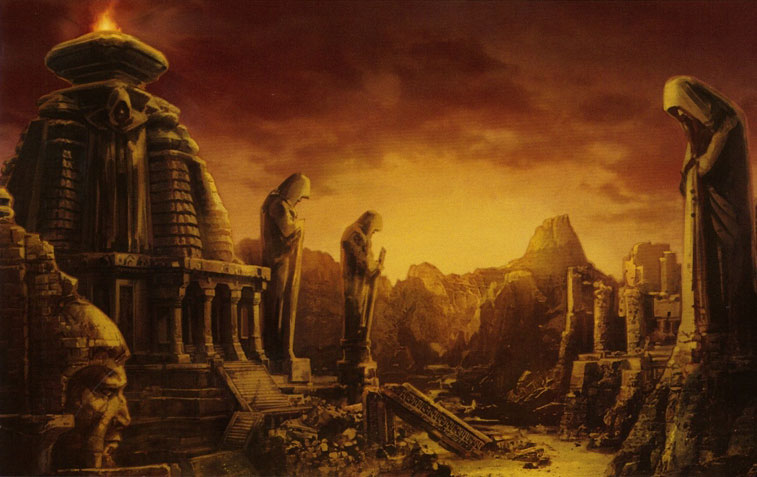