As promised, we are back to releasing 2 new updates/builds per week! And today there are some important gameplay changes that makes Stellar Stars more action-packed! Let's say hi to the new Electric Bomber too!

As promised, we are back to releasing 2 new updates/builds per week! And today there are some important gameplay changes that makes Stellar Stars more action-packed! Let's say hi to the new Electric Bomber too! 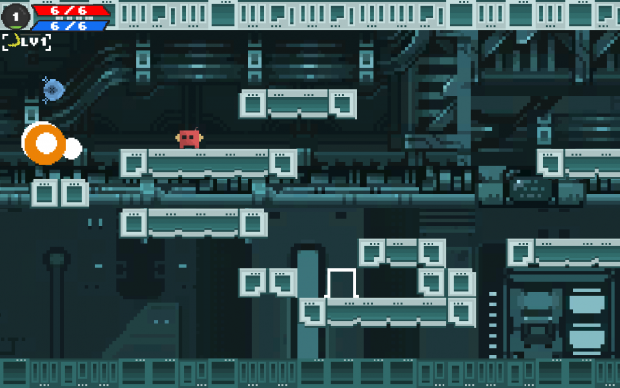 With today's update/build, which is v0.075 Alpha, there are quite a number of gameplay changes that needs to be highlighted. Let's start with the most important, and perhaps the change that has the greatest impact of all.

Wave - The New Basic Attack
The ability that you always start the game with, Wave, is now considered as your basic attack! This means that you no longer need to use mana for it! So spam away!

Abilities Are Now Spells
The more powerful abilities, such as fireball, impulse and heavy wave, are now spells! This means that you will still need to use mana for them. On the other hand, the good news is that now you can use your basic attack along with the spells!

Enemies Are Now More Intelligent/Aggressive
With the new basic attack that you can literally spam, it is necessary to balance the gameplay in Stellar Stars. Therefore, enemies have been made to be more intelligent!

For example, let's take a look at the green virus. This is what used to happen when you attack it from behind.

Now with this new update, watch what happens when you attack it from behind.

It changes direction and increases its speed to charge at you! Other enemies such as the brick head will also shoot bricks at you immediately upon being attacked!

As you can see, when the countdown reaches 0, the Electric Bomber releases electric charges randomly! If you get hit by any of these charges, you will get stunned!

Watch the new progress update video for v0.075 Alpha! It will definitely give you a clearer picture of the new gameplay changes and additions to Stellar Stars!

If you want to experience the new gameplay changes and additions, give the new Stellar Stars a try now! And remember to feedback to us because your voice means the world to us. Cheers!