It comes with a new vessel testing arena, that can be accessed from the fleet menu, where the player can test its ships against 8 weapon platforms armed with any weapon of the game.

For the star chart a new filter option is giving an easy way to spot which systems has or has not been explored yet.

Space combat got a couple of new activatable abilities that triggers buffs for their vessel which are now indicated on the vessel panel. Buffs can be shipwide or only affecting a ship section. like EMP. 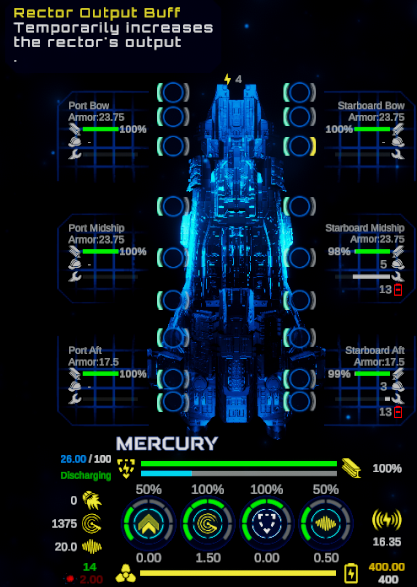 Added repair rate indicator for fleets when they are out of combat showing how fast the vessel repair in deep space, in system or at a shipyard. 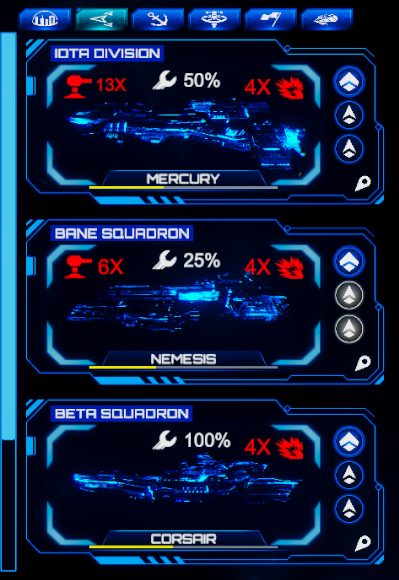 The Sectoid holdings typicity found in and around a new Green type star, that is protected by a number of Sectoid fleets and one of their battle station.

They can also be found ambushing unsuspected explorers in regular systems but they tend not to venture forth from their holdings so far.

Sectoid vessels are of organic design with high durability and regenerative capability. Their vessels' hull is reinforced and heavily armoured to compensate for their lack of energy shielding.

Module technologies that can be salvaged from their vessels are:

There also are weapon technologies that can be salvaged from Sectoid wreckages each with additional upgrade technologies to increase their efficiency:

The effect of disruption weaponry is to negate power charge of turrets upon impact of the affected ship section. Disruption damage amount signifies the total amount of charged energy that is negated per ship section.

Pirate strongholds are deep space stations dotted across the sector serving as bases where pirates are launching raider fleets against colonies. A successful raid leaves the colony in ruins decimating its population and its infrastructure unless its garrison can defend against their onslaught.

To facilitate the aftermath of pirate raids I created a planetary buff system, that applies certain effects to colonies that last a given number of turns. 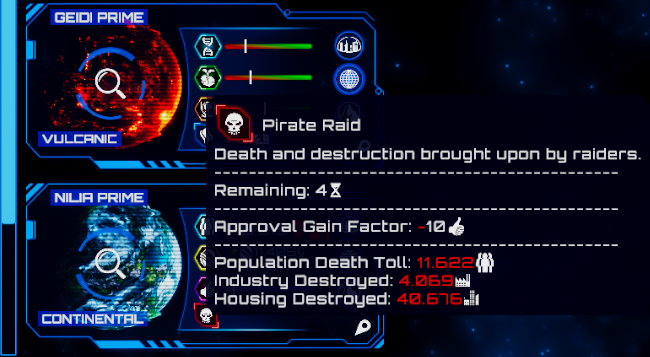 This buff system than was turned into a planetary event system that is from now on can randomly generate natural disasters associated with planetary environmental traits. For example a colony on a tectonically active planet will suffer from earthquakes of varying severity.

Beside only natural disasters other events will trigger under certain circumstance like when the system is contested, there is not enough housing or food or when the colony is liberated from occupation. 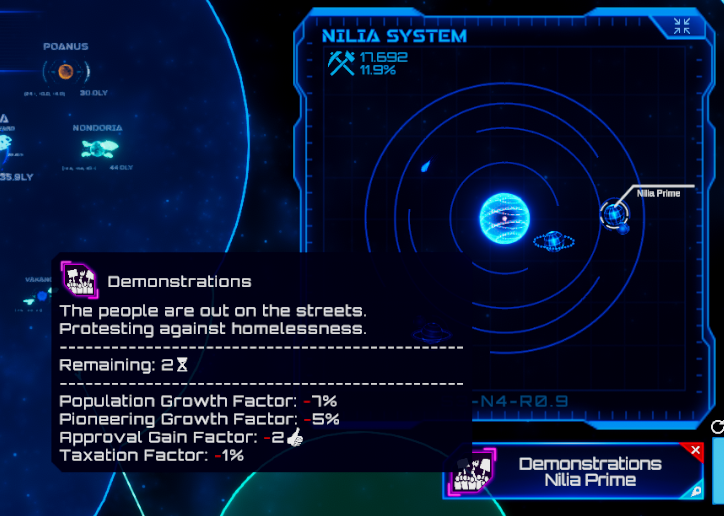 More systems that make use of this planetary event systems are planned for the future, but i welcome any suggestion from the community.

So what comes next? Well i begun designing the faction trait system, that will allow the player to allocate points toward certain traits that the player wants to advance in. These point will be rewarded as the player accomplishes certain tasks or reach goals, for example after getting a new colony's population to new heights. Such rules will be laid out on how to collect them alongside a list of traits of various disciplines that the player can advance in.

For now i hope you will enjoy the features and content added in this update.