The demo of Stella Bellum is now released. Give it a try!

I'm Happy to say that the demo of Stella Bellum is now released. This demo let you play until the level 10. You can get it here: 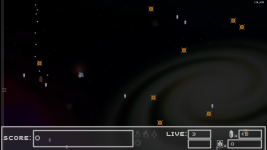 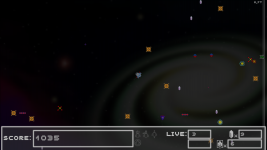 Stella Bellum is create with the spirit of the old school game. You control a ship in an 8/16 bit arcade-style science fiction space, collecting crystals and avoiding/shooting aliens. The game become more and more hard and end only when you die.