Double Action is mere days away from being released on steam. Updated maps, bugfixes and features. Read on for more.

It's been a long time coming, and it's almost here! We're days away from launching on Steam. Here's what you can expect in the Steam release:

Rooftops has received a lick of paint and some gameplay tweaks - Dementei has been working hard at making our most successful map even better. The skybox has some cool updates and the main areas are now more fun to move around in: 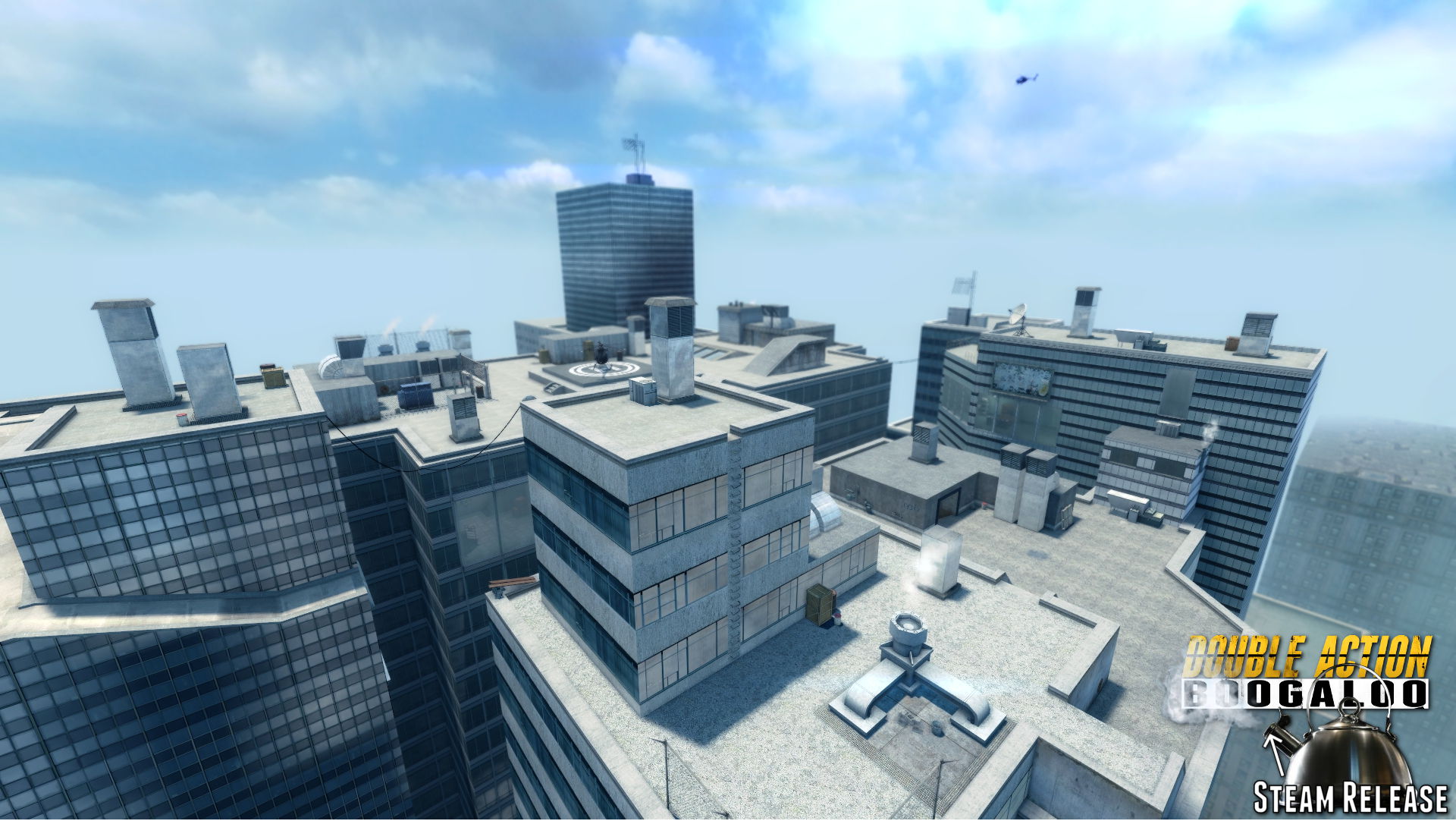 Trainingday has been updated with new art and a bit of a layout change - Abe(Black_Stormy) has been pumping out custom content just for this map: 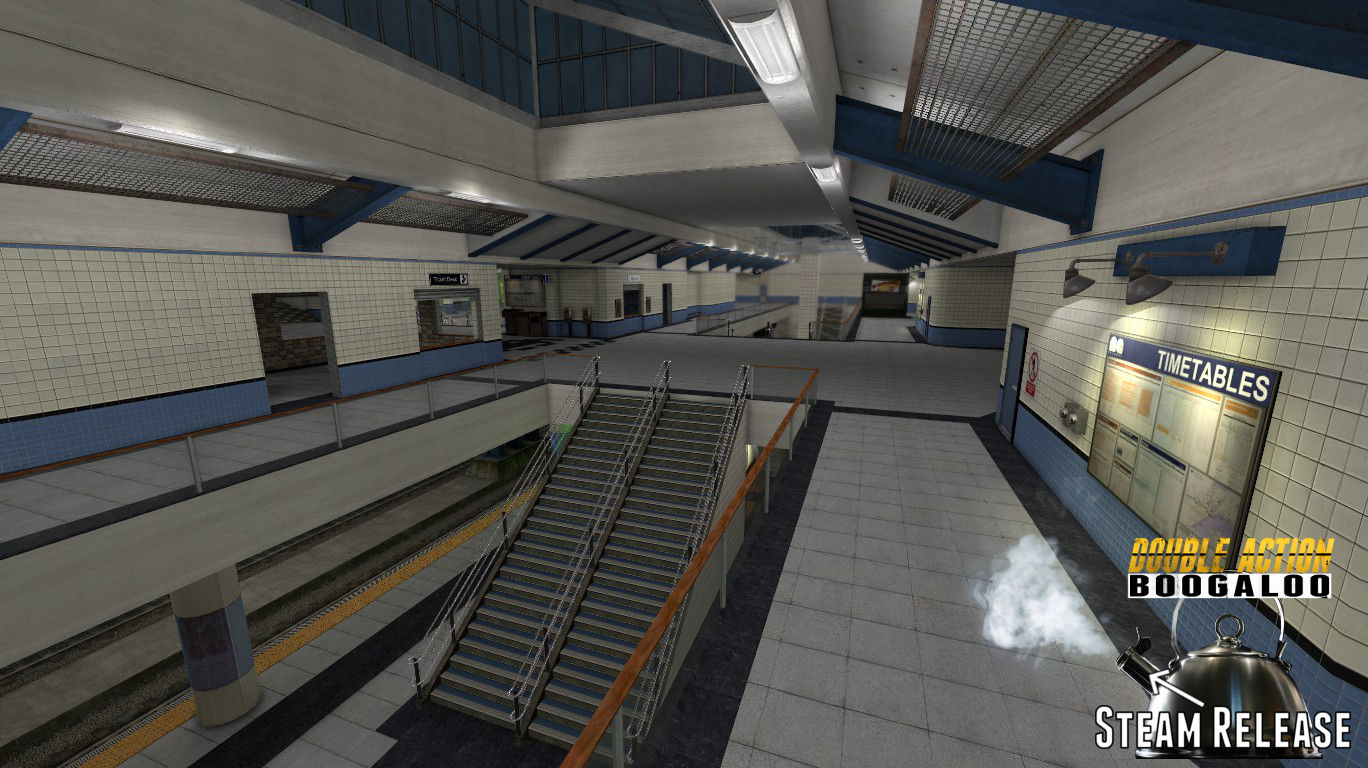 Our other maps have received small tweaks and changes too - da_cocaine has some new visuals thanks to Hellu and da_sacred got some gameplay tweaks.

Jorge(Vino) has been hammering at his keyboard getting the server binaries ready, as well as fixing gameplay issues and adding features.

Stay tuned for the full changelog when the release goes live - and if you have any suggestions or want to see what we have planned, come past our forums and say hi!

Can't wait to get into the Steam release? We have 50 beta keys for playtesters or enthusiasts to get in early and see the latest changes before we go live. Visit our Beta Keys thread on the forums to see how you can pick one up.

We want to give an honorable mention to NinJa, who is destroying the leaderboards right now with a monthly style total of 398117 points! We gave him the first Double Action beta key for being so damn stylish. Someone get in there and give him some competition!

And a final big thank you to all the players who have supported and helped us so far - you guys have been our backbone through development and your input has been invaluable. We're all looking forward to seeing what you guys think of the features we have planned for the next update!