Augh! Too much stuff on the screen! 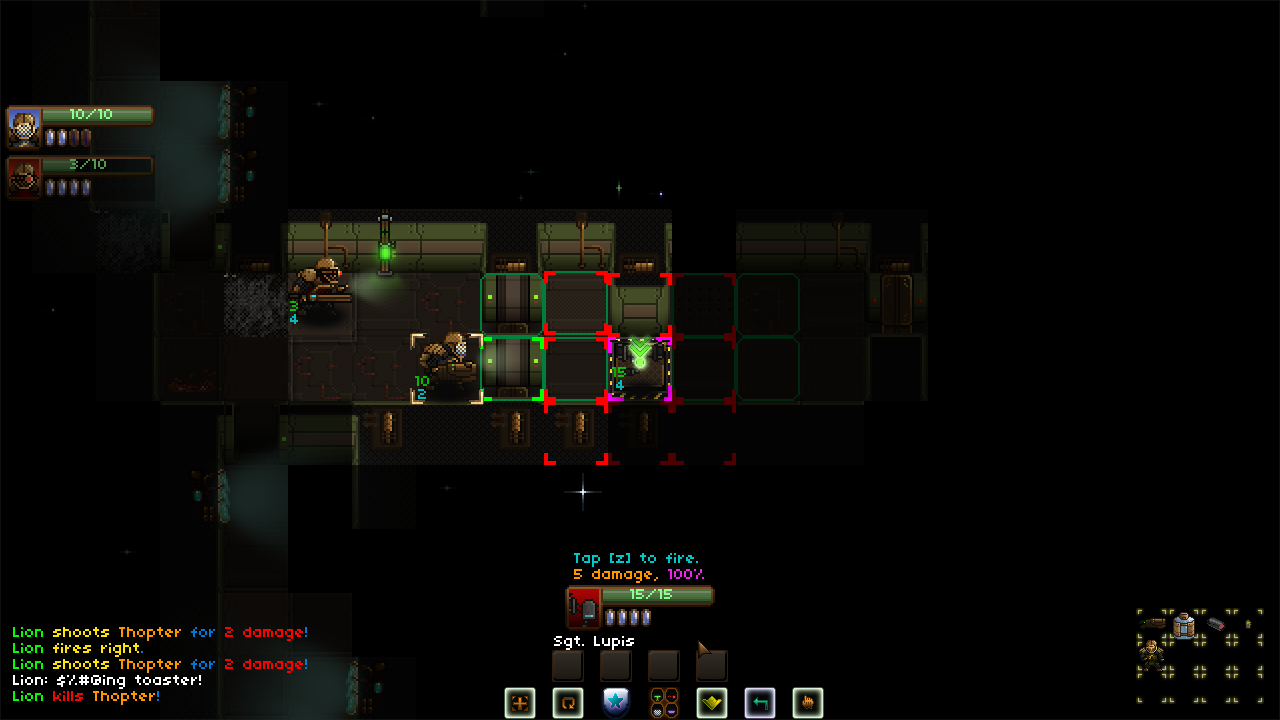 In my ongoing war against UI, I managed to add more UI. Oops. But I also reduced the clutter in the center of the screen. Enemy target HP/AP, damage/accuracy to fire, and a keybind tooltip all pop up on the bottom center of the screen now instead of overlaying text on the target directly.

Buttons have been shifted and Grab and Interact buttons are not context sensitive, only popping up when the active character can actually perform those actions. In addition the inventory has been shifted down and the upper right corner now informs the player when the game is being autosaved.

Additionally talents have been tweaked, more dialogue and randomized marine names have been added, class weapon variants have been implemented, and a nasty preferences file bug causing crashes has been squashed!

Thanks for reading and happy robot hunting!