Steam Marines v0.6.9a is out with Particle Effects, Elevator Zones, and a wee bit of plot dialogue!

Hello, everyone! If you enjoy the builds, please do head on over and vote for Steam Marines on Steam Greenlight!

Shiny Shiny! This version of Steam Marines focuses on smoothing common gameplay. A bit of plot has been added to the beginning of new games, and there is now a statistics screen on squad death. It slows down default enemy unit movement speed and actions, making them clearer. Particle effects have been added as visual indicators of what's happening - and also so cluttered GUI can be removed later on! 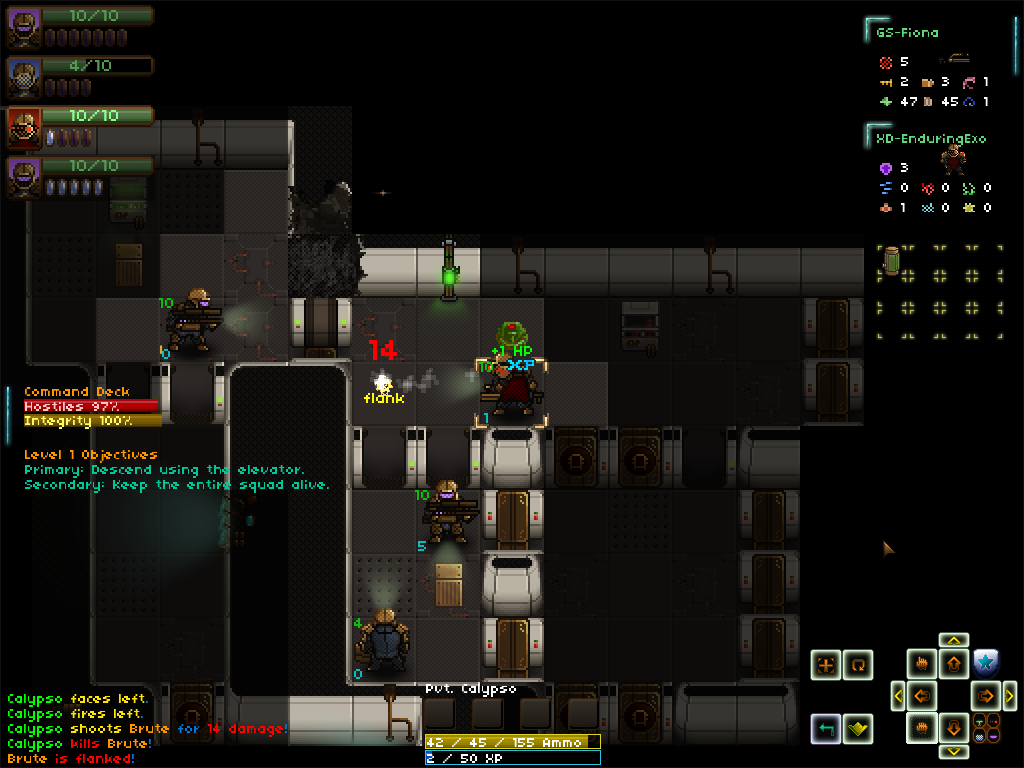 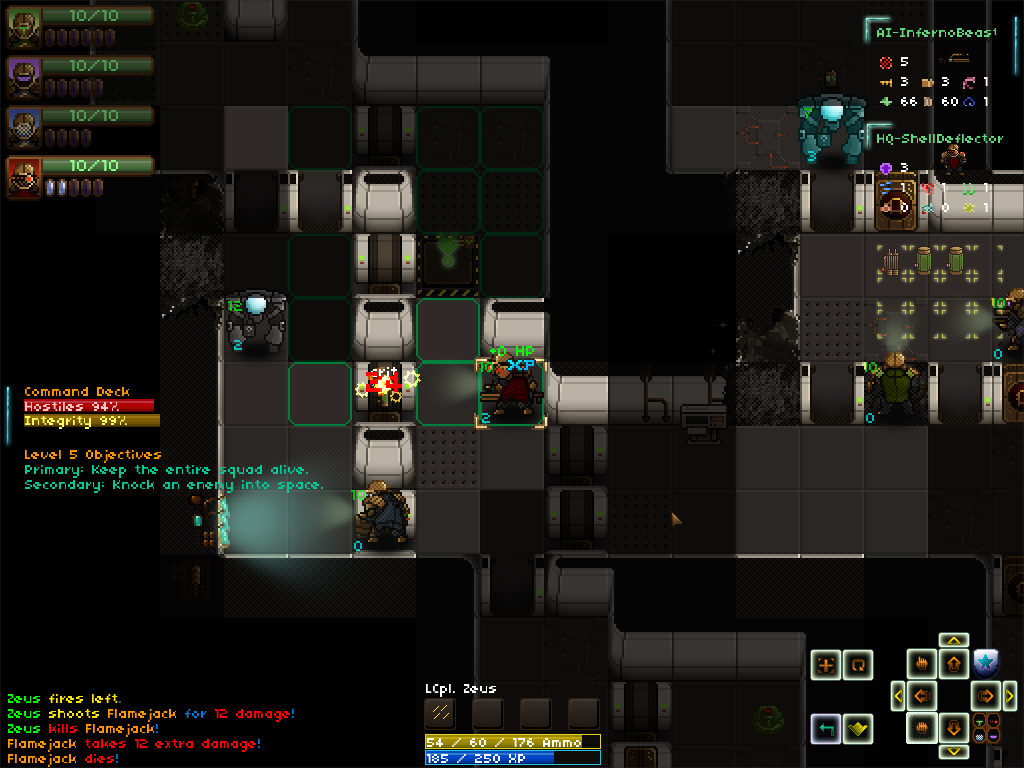 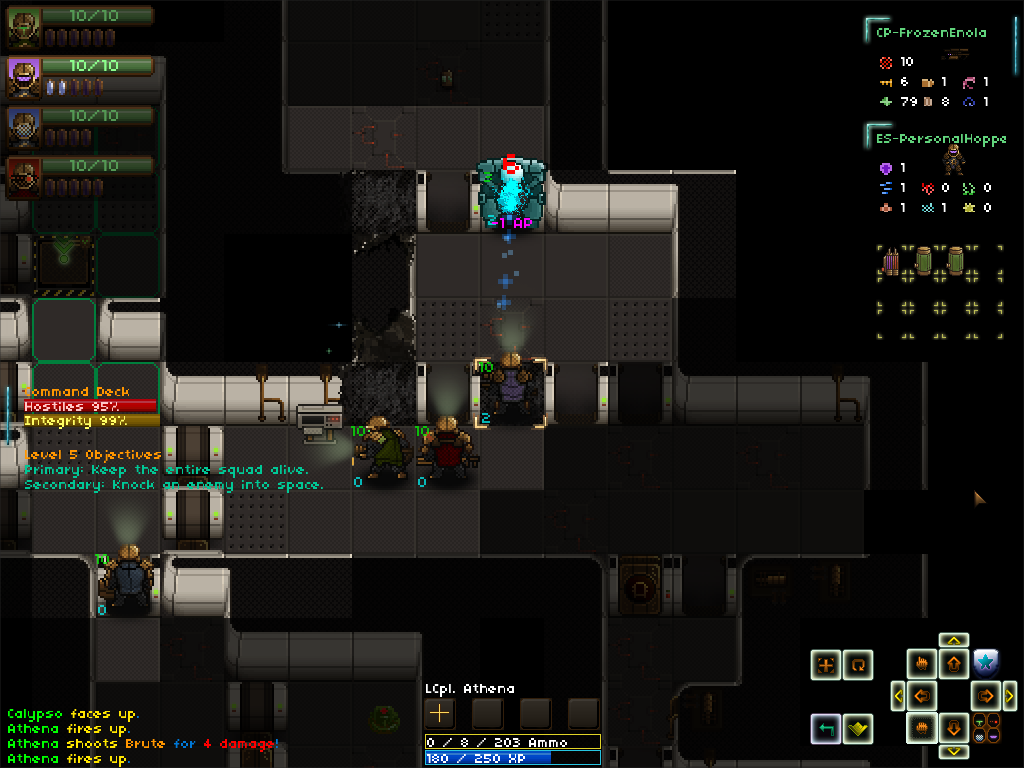 There is also now a very evident "Elevator Zone" around the elevator to indicate its location and where your squad members can be to activate it. The bouncing arrow is still there, too: 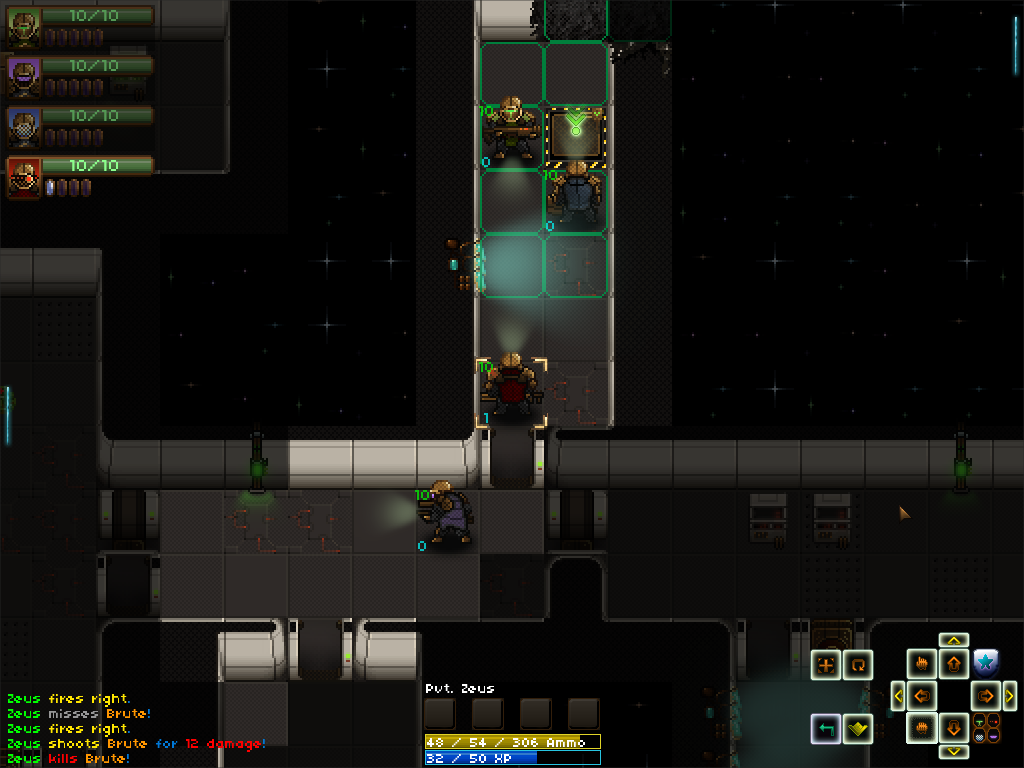