This week we've been working on tweaks and fixes for the 0.5 update (which comes out next week, hopefully), as well as made some new buildings and characters.

I rewrote map generation and map rendering code for better performance and universality. Maps look mostly the same, but should render faster and different tile types can now be combined easier.

Monsters now attack invaders and vice versa (Thanks for pointing that out!).

The concept of crime has been introduced:

The higher unemployment you have the more likely a burglar will spawn near one of the houses. Burglar runs to a nearest tax office or a town hall and steals some of your coins. He then runs out of the map. To prevent burglars from spawning you need to build a constabulary. Constable walks around the city much like other walkers do decreasing the crime level in every house he passes by. 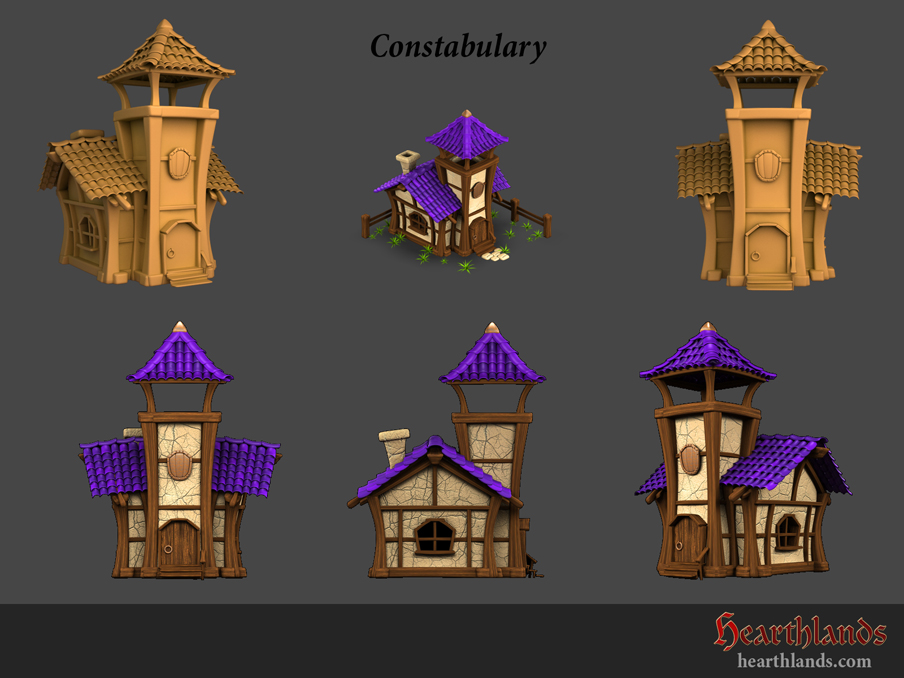 New characters include minstrel (for minstrels guild), burglar and constable.

A developing city with new buildings and characters (see if you can spot constable and minstrel): 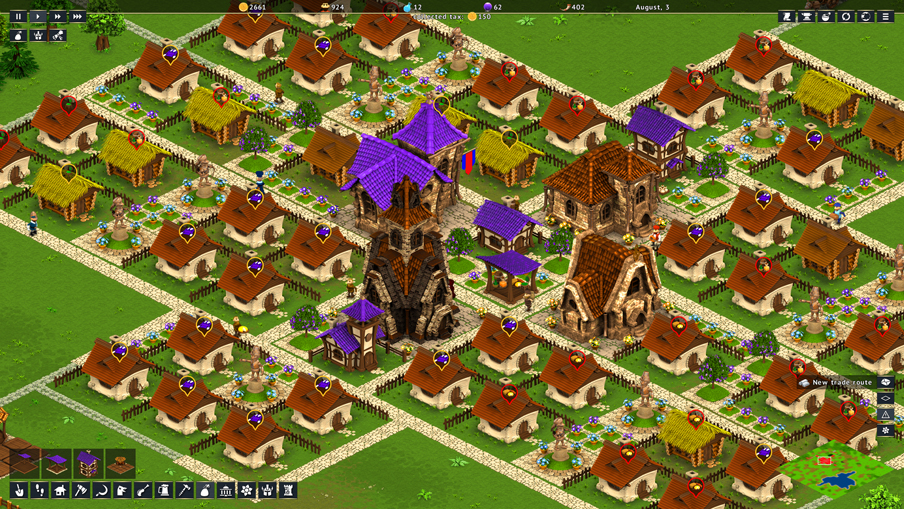