Diplomacy and balance changes, optimizations and other things.

This week I mostly focused on diplomacy improvements and various other things. Also, I decided to rebalance industries once again to make it generally easier to understand. Basically, every building produces 24 loads of a certain resource per year. Exceptions are: hunter's lodge and mines, which produce 12 loads per year. So now you know exactly how many grower's lodges you need for each bakery to maintain optimal efficiency.

I did some code optimizations and Hearthlands now takes up about 60% less video memory. This still needs to be tested on a few different systems, but I think it should work everywhere.

Not much in graphics-wise this week, so here's a screenshot of my second test town (the first one was destroyed rather surprisingly fast): 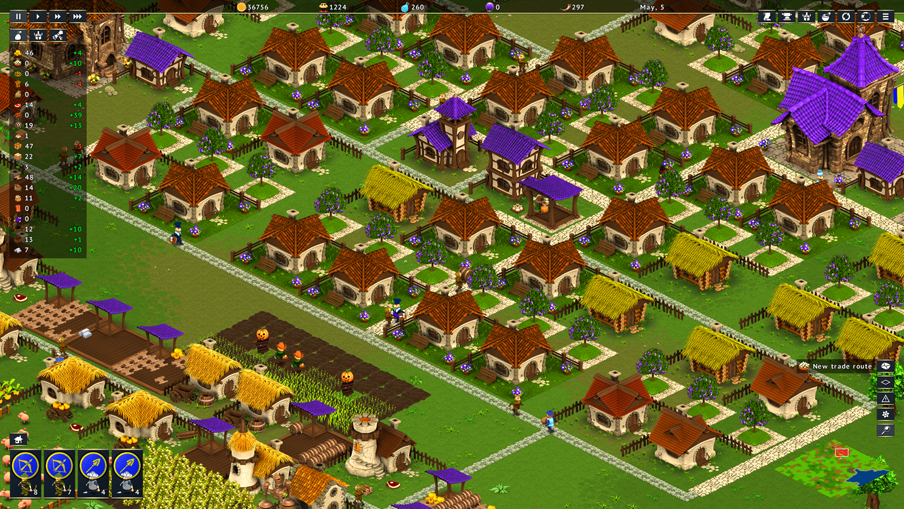 Become our watcher on Indie DB.

Get the game on Steam.