This week we were focusing on lots of small improvements, some of which were suggested by the community. Thanks to Mynx, Shatari, Loki and Luthan! See the discussion here.

There are still lots of improvements to do, so we'll keep doing that next week.

The other big thing for this week was fortifications. With the unit training and military production pretty much [rewritten and] complete, we can focus on monsters and combat itself next.

I've been thinking a lot about distribution system and how it has to be improved especially for big cities. I ended up rewriting a big chunk of code to make it more flexible and with some changes it seems to be working much better now.

The third big thing was barracks and military production which seems to work as intended now. I'll probably talk about that more next week.

The changes for this week include:

Animals can not be placed over other animals.

A storage limit for every resource can now be specified in storage yards and marketplaces. 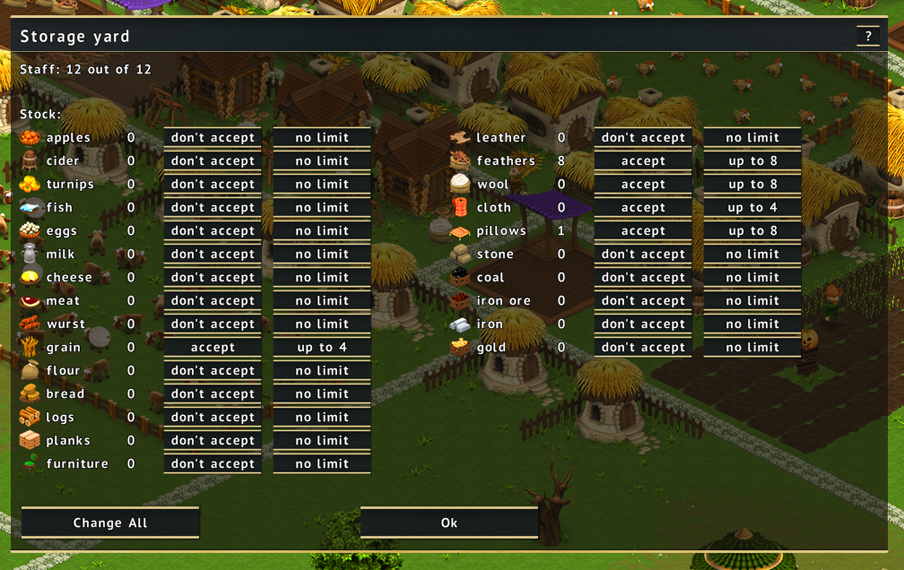 Distribution/storage system refactored (mostly to help me understand my own code better).

Buildings now send twice as more haulers to gather required resources (and other improvements). Also, production building will keep produce resources over their limit if those resources are reserved by haulers. Distribution seems to work much better with that in big cities. 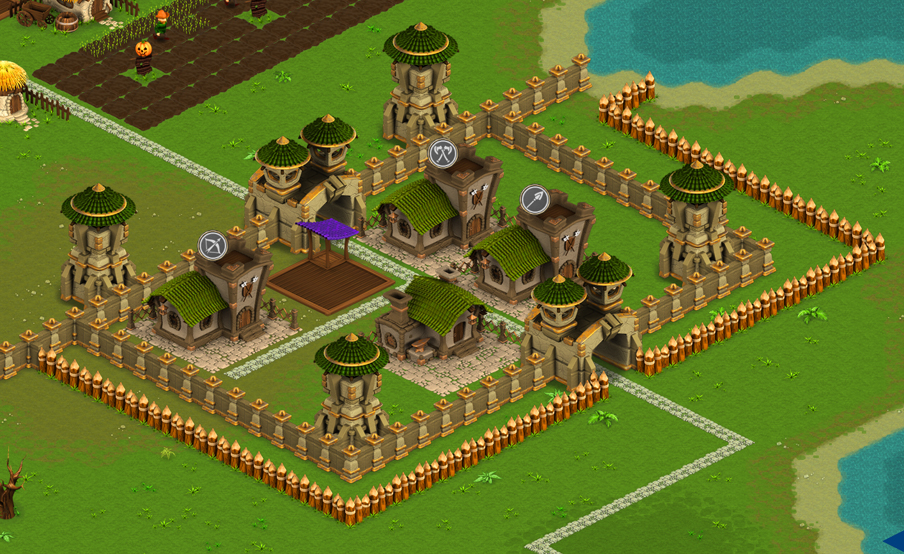 Hunters keep hunting even if they reached a storage limit for leather (leather will not be added, though).

Icons in construction menu are replaced with awesome ones from game-icons.net.

As always we would like to get as much feedback as possible, so please comment and send your thoughts to info@hearthlands.com. If you become our watcher on Indie DB, that also helps a lot! Don't forget to subscribe to one of our social network pages or YouTube channel. If you want to support the development — you can just purchase the game.

And, please, do vote for us on Steam Greenlight!